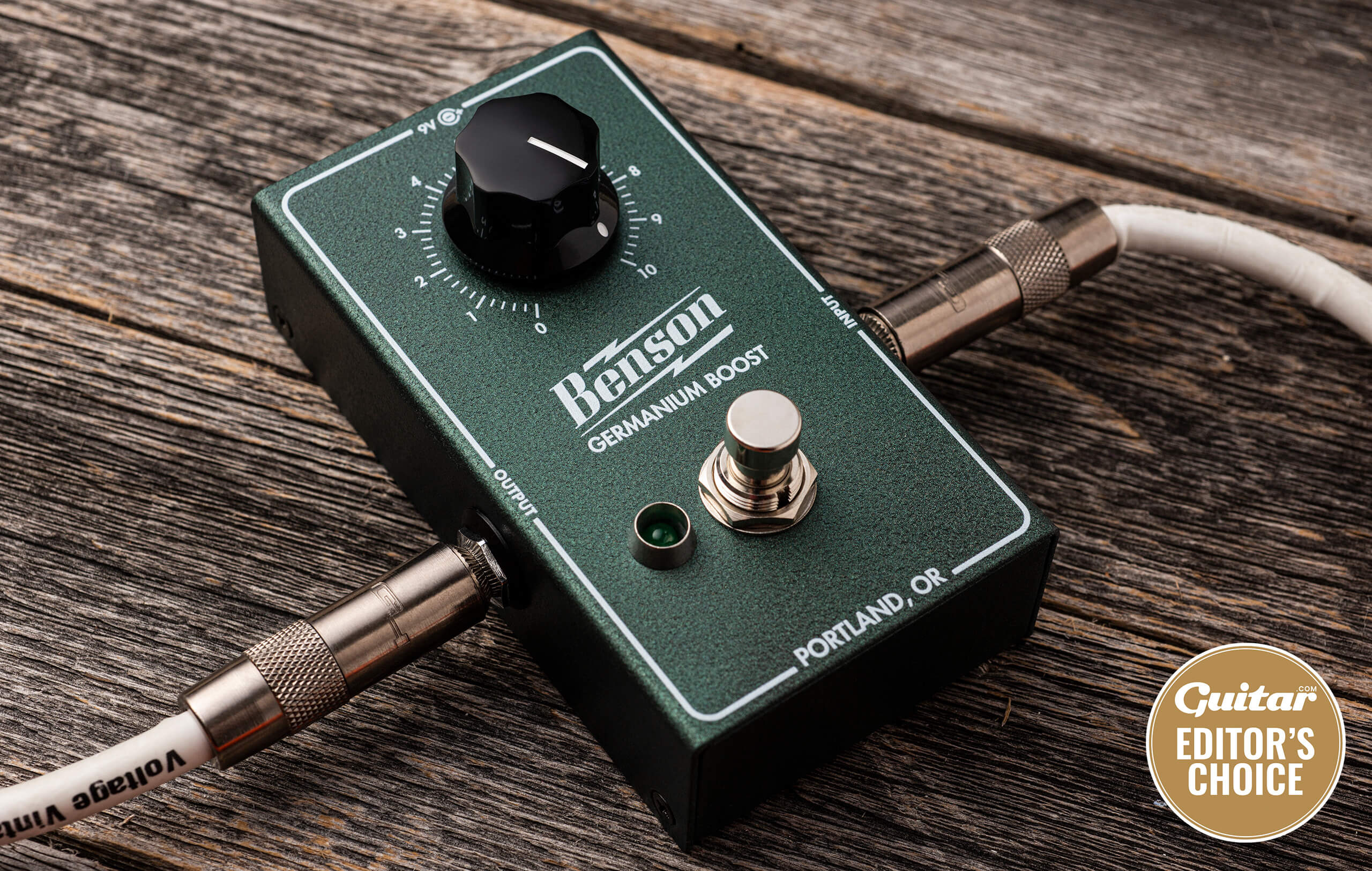 Benson’s one-knob clean booster uses technology left over from an abandoned fuzz prototype. Intriguing, but can it possibly sound as classy as it looks?

If we judged pedals on knobs per pound, the Benson Germanium Boost would be getting three out of 10. Luckily, we don’t – because tweakability isn’t everything, and this little green tone machine proves it.

There’s an interesting story behind the Germanium Boost, made in Portland, Oregon, by one of America’s most respected boutique amp builders. And that story begins with the Benson Germanium Fuzz, which won a rare 10/10 rating from Guitar.com last year.

Well, no, actually it doesn’t. It begins with an idea that was rejected before that device even came into existence: a voltage-controlled error correction circuit. This was something Benson tried using to counteract the notorious flakiness of germanium, before settling instead on temperature control.

Clearly, in the context of fuzz, that proved to be a more than satisfactory solution; but for a clean boost using the same kind of transistors, the once-rejected error correction method apparently works better. The result, in theory, should be all the tonal sweetness of germanium with none of the instability.

It hardly needs saying that this is an outrageously chic-looking unit, housing its goodies in a dark green folded metal enclosure with just enough room on top for that one level control plus a footswitch and a lime-green LED. 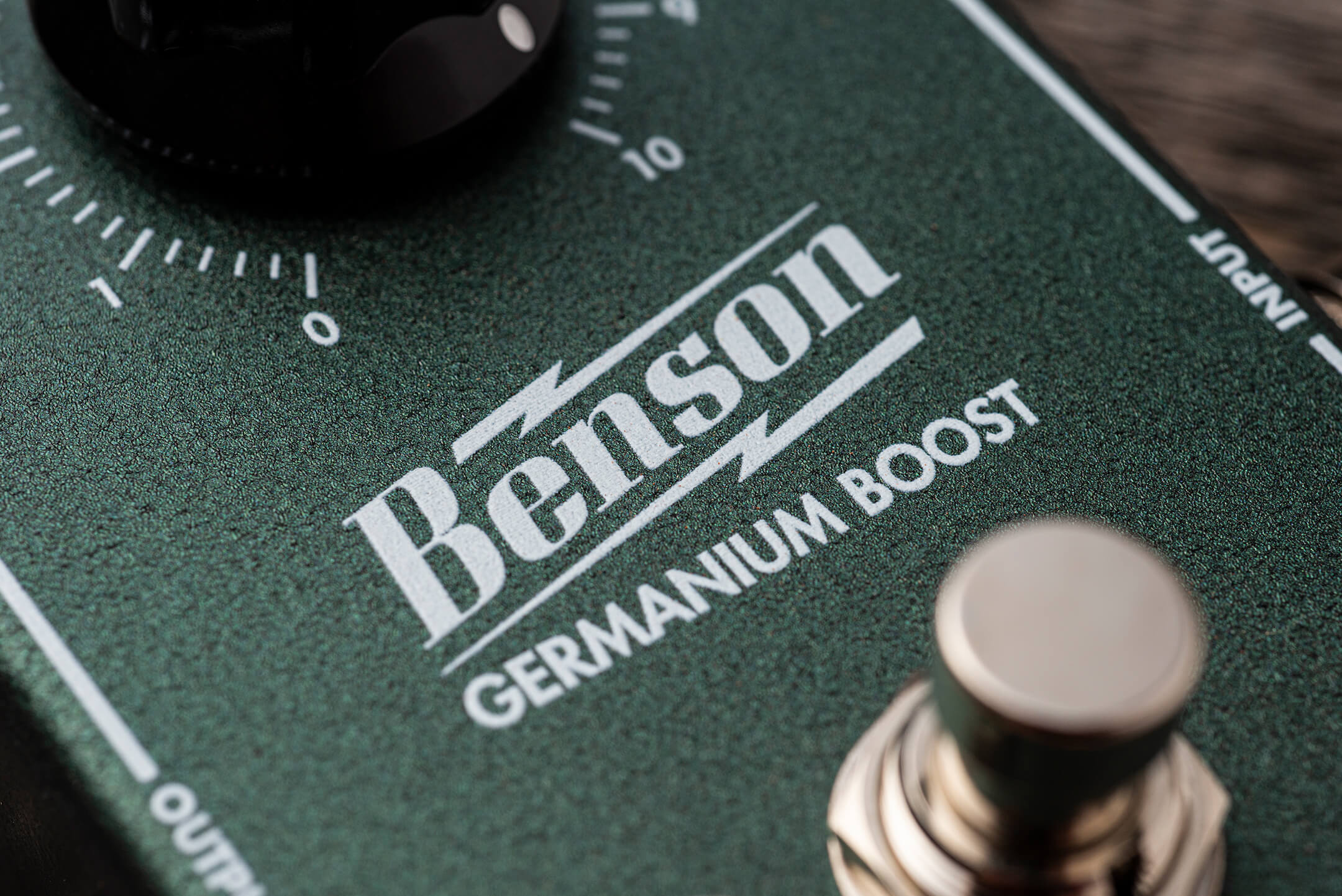 Shall we start with the boost level set to zero and see how it matches up to our bypass signal? No, we shan’t, because that brings silence – everything on the left side of the dial is actually cutting the output, with unity gain arriving somewhere around the number five.

With the levels matched up we don’t hear much difference in tone, but closer attention reveals a distinct softening of the upper midrange, resulting in a subtle opening up of the treble response. It feels a little like the effect of putting a raw guitar track through a really nice studio EQ to make it sound, well, just better.

That enhancement becomes less apparent as we turn up the boost, but even at close to maximum shunt levels there remains an element of scooping – enough to make our trusty Xotic EP Booster sound ever so slightly coarse in comparison. Benson doesn’t state a decibel limit but it feels like a decent match for the Xotic’s 20dB; the only downside is that it brings a teeny bit more background hiss.

Incidentally, if you’ve seen the warning on the Benson website that it takes 10 seconds for the correction circuit to bias the transistor properly, don’t worry – this doesn’t happen every time you stomp on the bypass switch. In fact the only way to hear this phenomenon is to unplug the power then plug it back in, and listen as the crackling turns gradually into pure guitar tone, like a battery dying in reverse.

So, can a one-knob pedal be worth £199? Well, don’t buy the Benson Germanium Boost expecting to be blown away by a dramatic transformation in your sound… but by all means do buy it if you’re a hardcore tonehound in search of marginal gains. What this device lacks in knobs, it more than makes up for in luxury-level finesse. 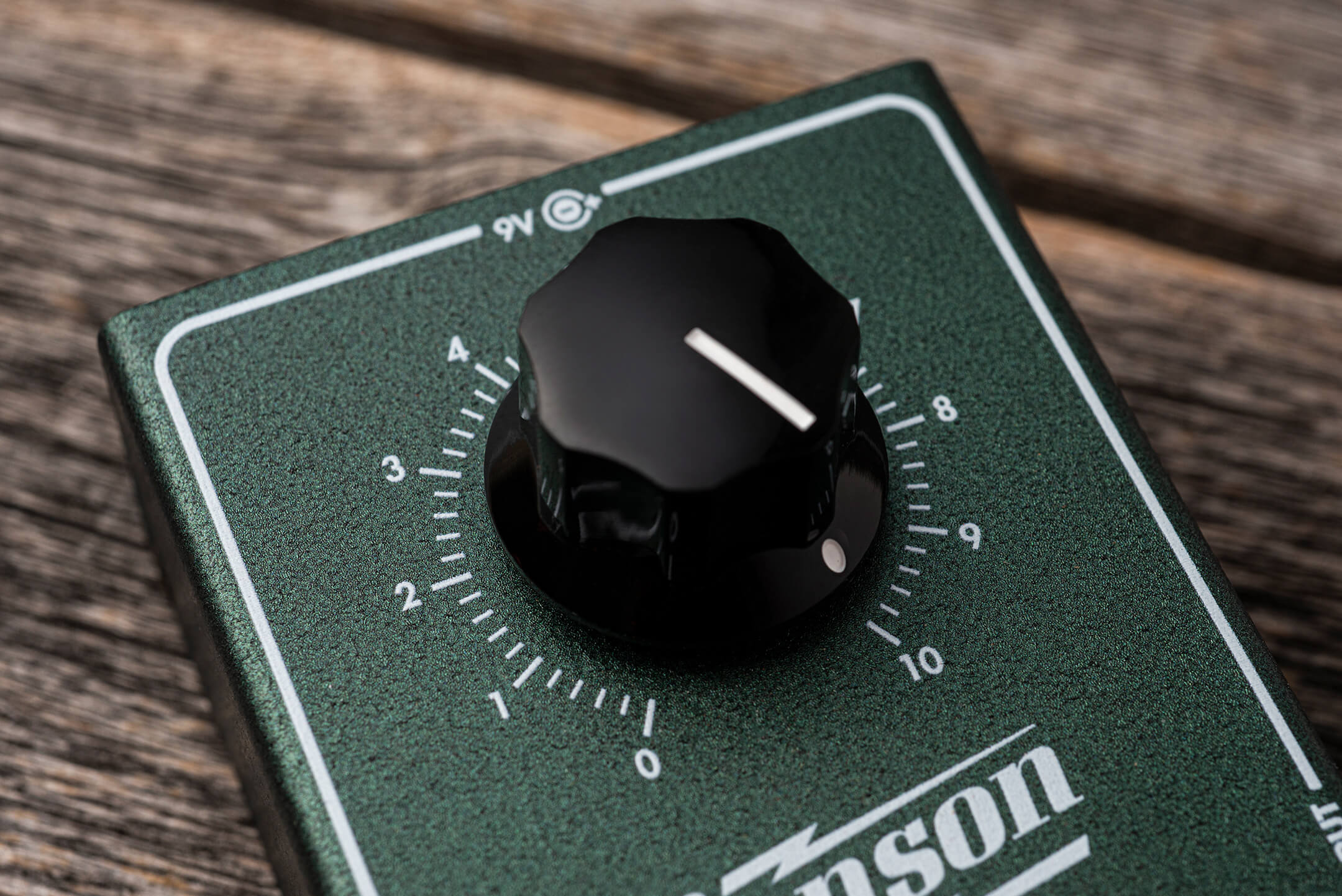