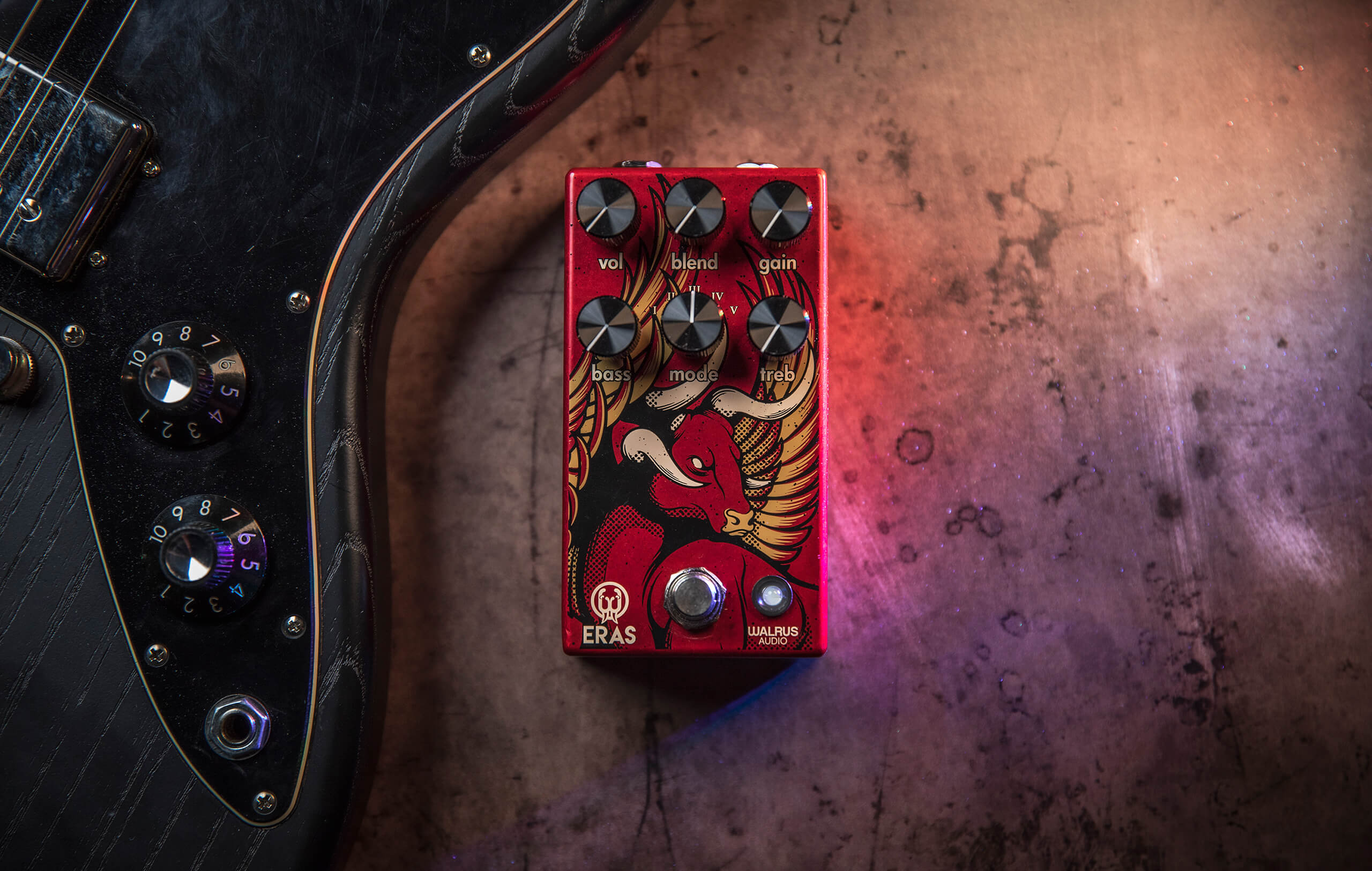 The latest compact device from the stompbox sultans of Oklahoma City wants to help you unleash your inner rock beast… in five different directions.

Have you ever heard a real-life walrus? They make quite a racket, so it’s only fitting that there should be room in Walrus Audio’s eclectic pedal line-up for a bit of good old-fashioned noisemongering… and that’s where the Eras comes in.

Just as our tusked marine mammal can manipulate its vocal cords to create a wide variety of sounds, this ‘five-state distortion’ offers multiple flavours of high-gain dirt via a rotary mode switch found between the bass and treble controls.

This Walrus doesn’t have tusks but the winged bull on its top panel does have four horns, giving a clue as to its aggressive intent. Mind you, it does also feature a blend control for dialling some of your clean tone back in – potentially handy if things start getting a little too wild. 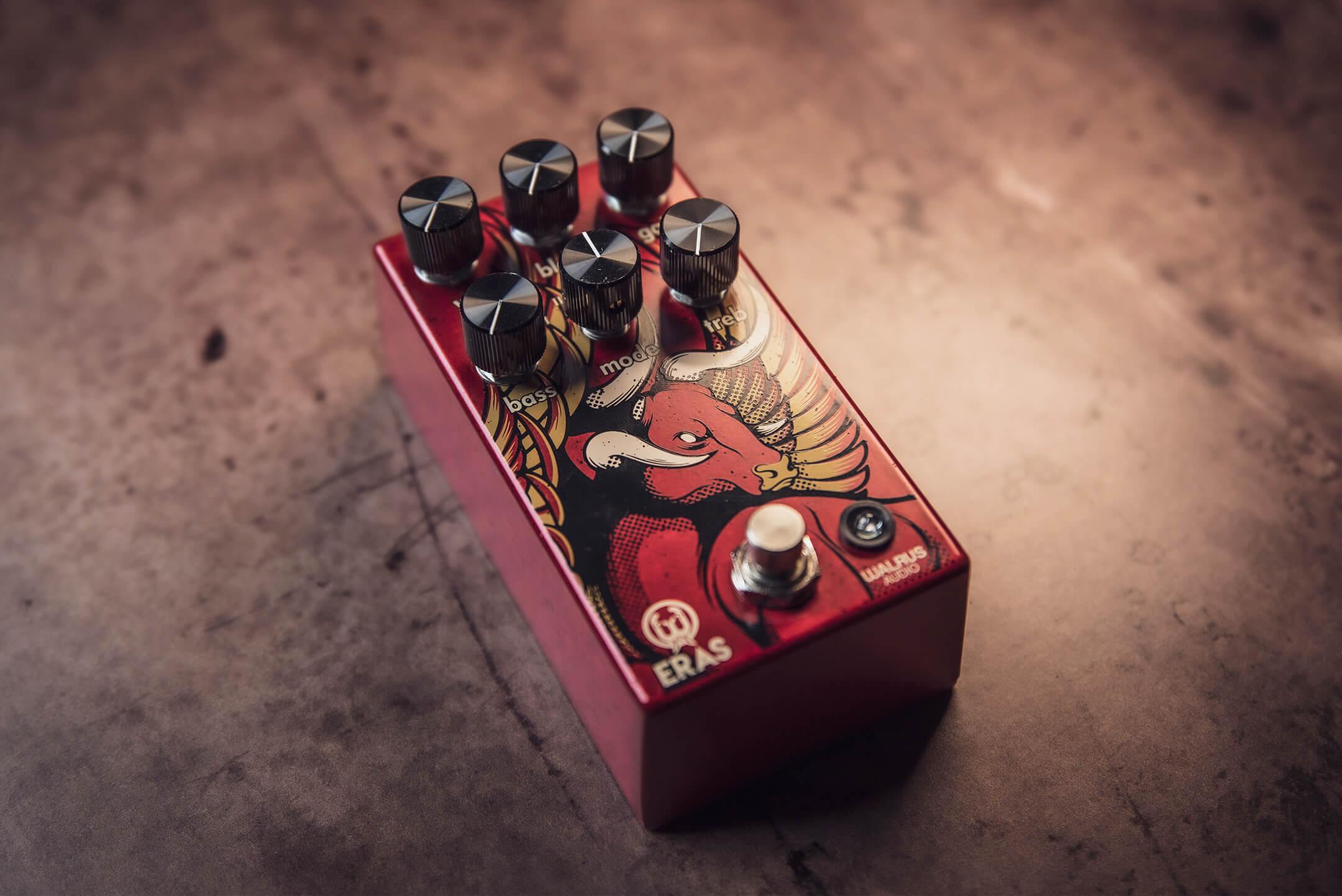 The other two knobs are for output volume and gain, which hardly need any explaining, but before we saddle up the raging bull of rock we should take a closer look at what that five-way switch is actually doing.

The first two settings are both described as ‘tight’ modes with a slight cut to the midrange, the first using LED hard clipping and the second silicon; mode three is LED and silicon combined. Modes four and five are recommended for rhythm playing, with a more pronounced mid-scoop and the same choice between LED and silicon clipping.

In design terms this is clearly a sister pedal to the Walrus Audio Ages, an overdrive with a similar control array including dry blend and five-way mode switch. We called that “an engaging toolbox of quality filth”, so the Eras is certainly not short of pedigree. 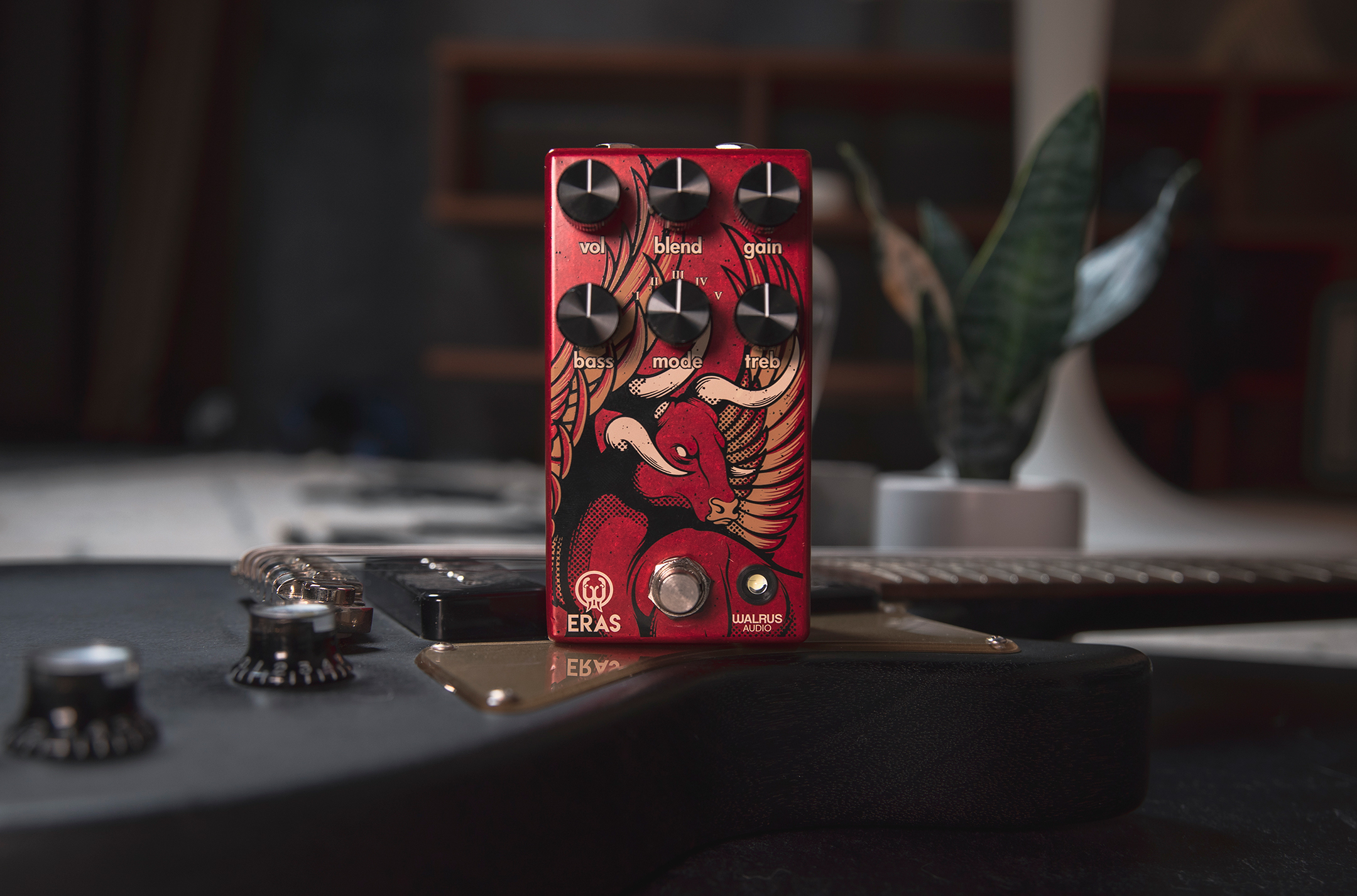 Well, that bull sounds as angry as he looks. In mode one with blend fully open and everything else pointing straight up, we get a raw and raspy distortion that’s well suited to palm-muting chuggathons. The treble control can add absolutely vicious bite if you want it, and with gain maxed out we find ourselves straying into extreme fuzz territory, complete with near-endless sustain on single high notes.

The differences between the first three modes are surprisingly subtle, thickening things up as we go around rather than radically transforming the nature of the distortion, but there’s a more noticeable shift when you flip over to the two scooped settings. It isn’t an exaggerated midrange cut – this is not a Metal Muff – but it’s enough to make solos sit in a very different space. 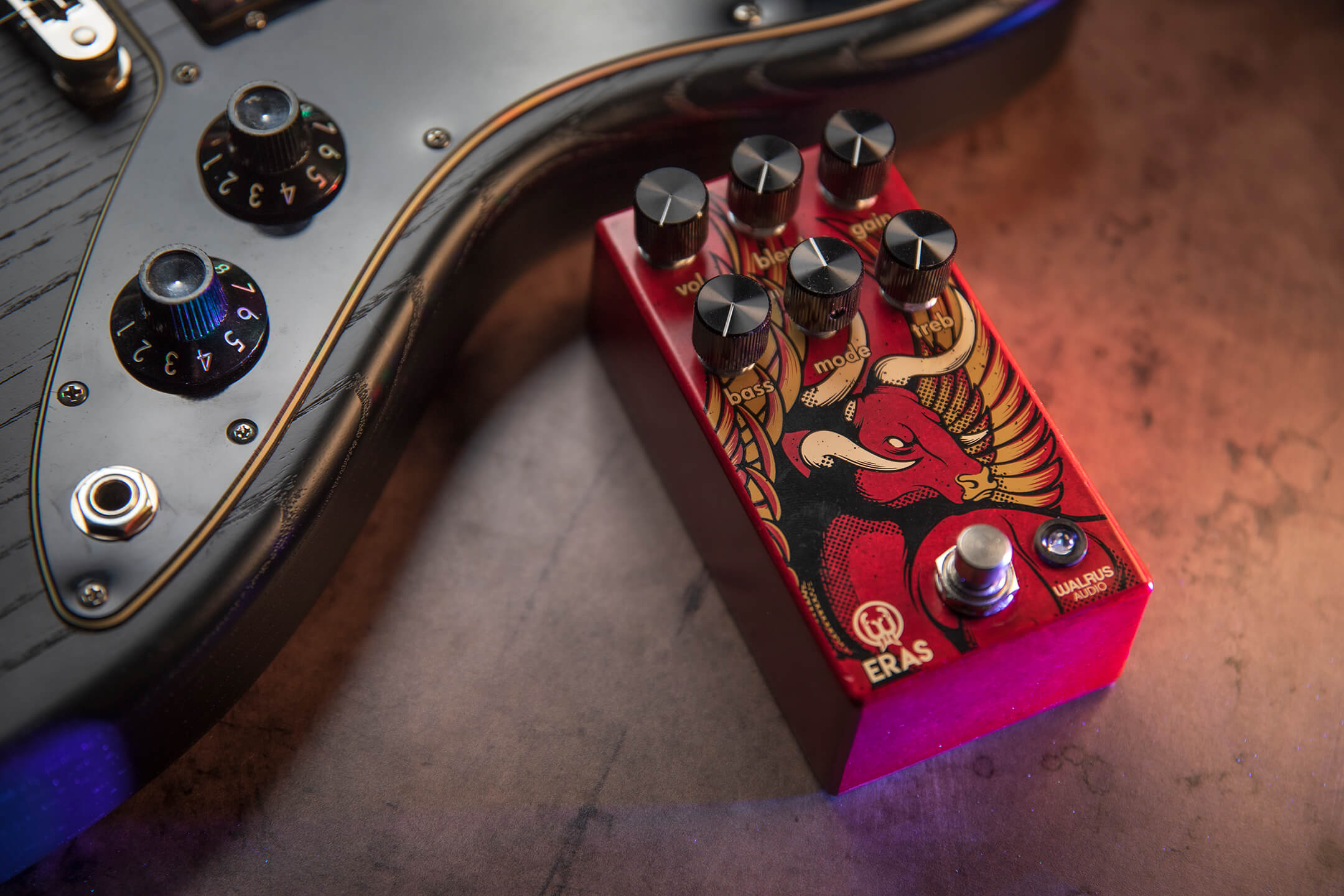 The blend control allows you restore some of the warmth and clarity of your clean sound and is a welcome addition, but don’t dial it back too far – with more dry than wet signal, the distortion can start to sound like little more than a grubby background fizz.

And here’s one more tip: pair this thing with a high-wattage amplifier if you can. When people talk about some amps being better pedal platforms than others, the Eras is the kind of pedal they mean: this bull’s happier when it’s got some headroom to charge around in.