A rock ’n’ roll machine at heart with switching options that could make it the ultimate session player’s guitar.

An extremely well thought-out professional-grade instrument, flawlessly constructed and as versatile as it gets.

While Pete Thorn is perhaps best known for his insightful YouTube demos, he’s also a respected and successful session musician who has toured and recorded with the likes of Chris Cornell, Don Henly and Melissa Etheridge. Pete’s long association with Suhr stretches back 10 years and has included the development of a signature amplifier and pickups. However, the seeds weren’t sown for a signature guitar until 2013, when Pete was invited to the Suhr factory to shoot a video for the company’s Riot Reloaded pedal.

“I went out there and I didn’t bring a guitar”, remembers Pete, “so I picked up something they had there called the Mahogany Deluxe. It was their Standard body shape: 25.5-inch bolt-on neck, mahogany body with a maple top, rosewood fingerboard, and mahogany neck. I loved the guitar and the tone was fantastic. I thought, what if I ordered a guitar like this but spec a custom one out?” 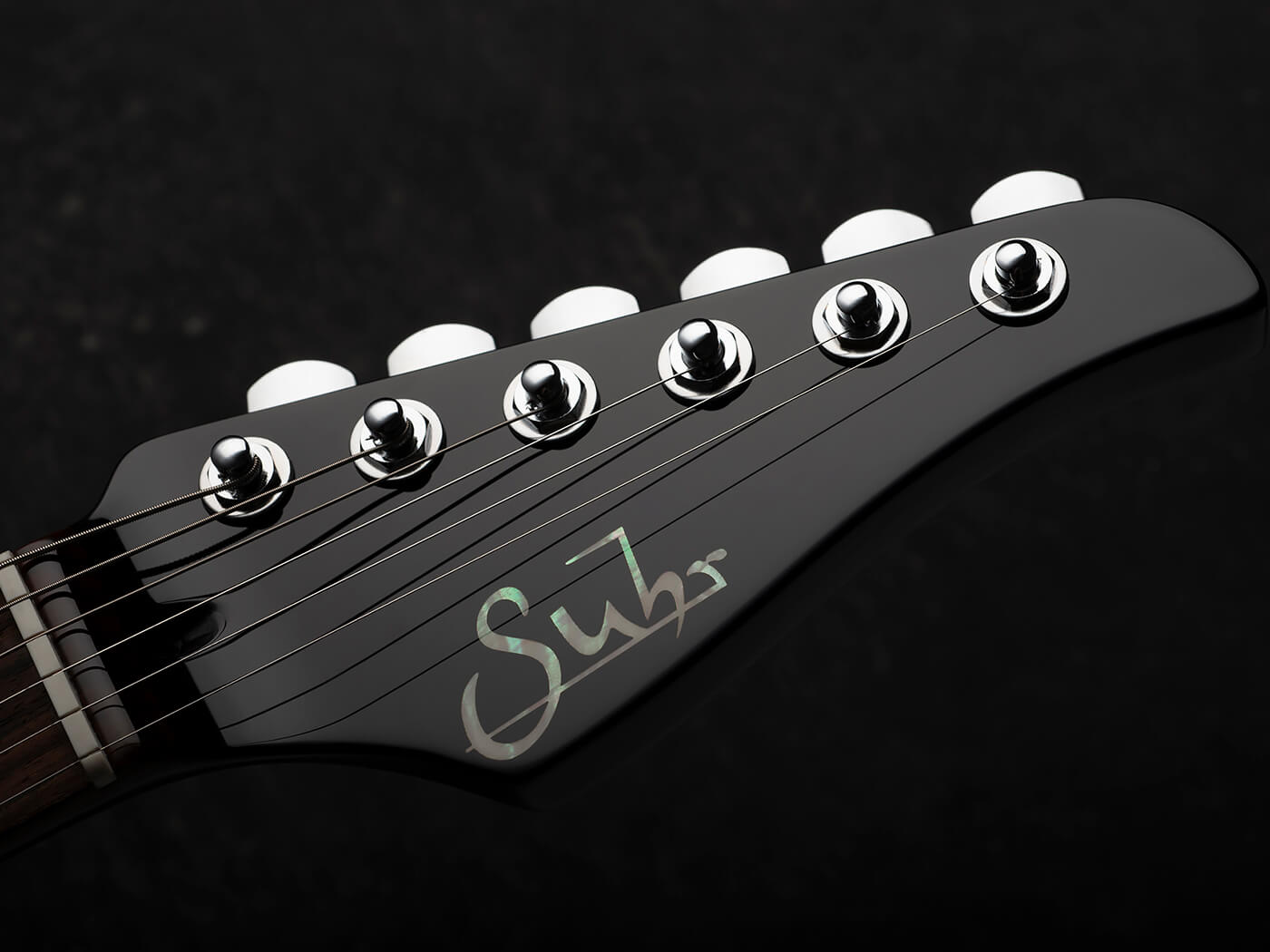 Retrospectively, that custom order would become the prototype for the PT Signature Series: “They called and said, ‘Hey, you know that guitar that you got? Would you consider making that a signature model?’”

Pete knew his perfect working and gigging guitar would be an amalgam of a Strat-type and a Les Paul, as those are the two models he swaps between most often during live shows. His previous custom guitar, the Suhr Standard, would provide the foundation, with its chambered mahogany/maple body and S-type outline. 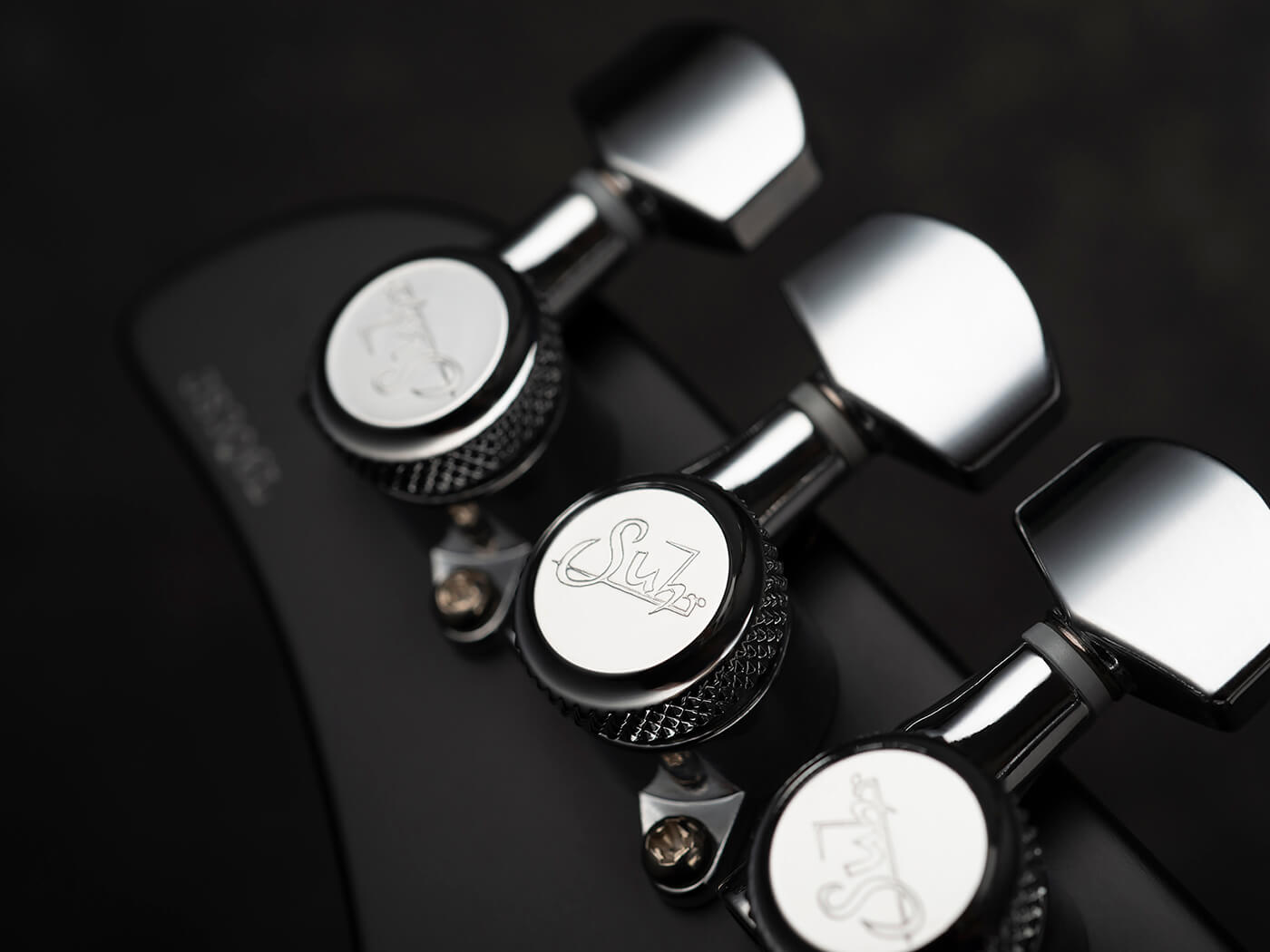 The most obvious difference between the Standard and the Signature Series model is the pickup surrounds. Suhr direct mounts the pickups in its Standard and Modern ranges, but Pete prefers the look of pickup rings. Surprisingly, the Signature Series model’s neck is not a custom carve, but an ‘even C slim’ profile selected from the existing Suhr catalogue.

“The intention from the outset was to create a new carve” confirms Pete, “but the ‘even C slim’ was a neck that John Suhr worked on at Fender. It was intended to be a comfortable C that worked for a lot of players, and he encouraged me to check out. So I did, and sure enough I liked it!”. 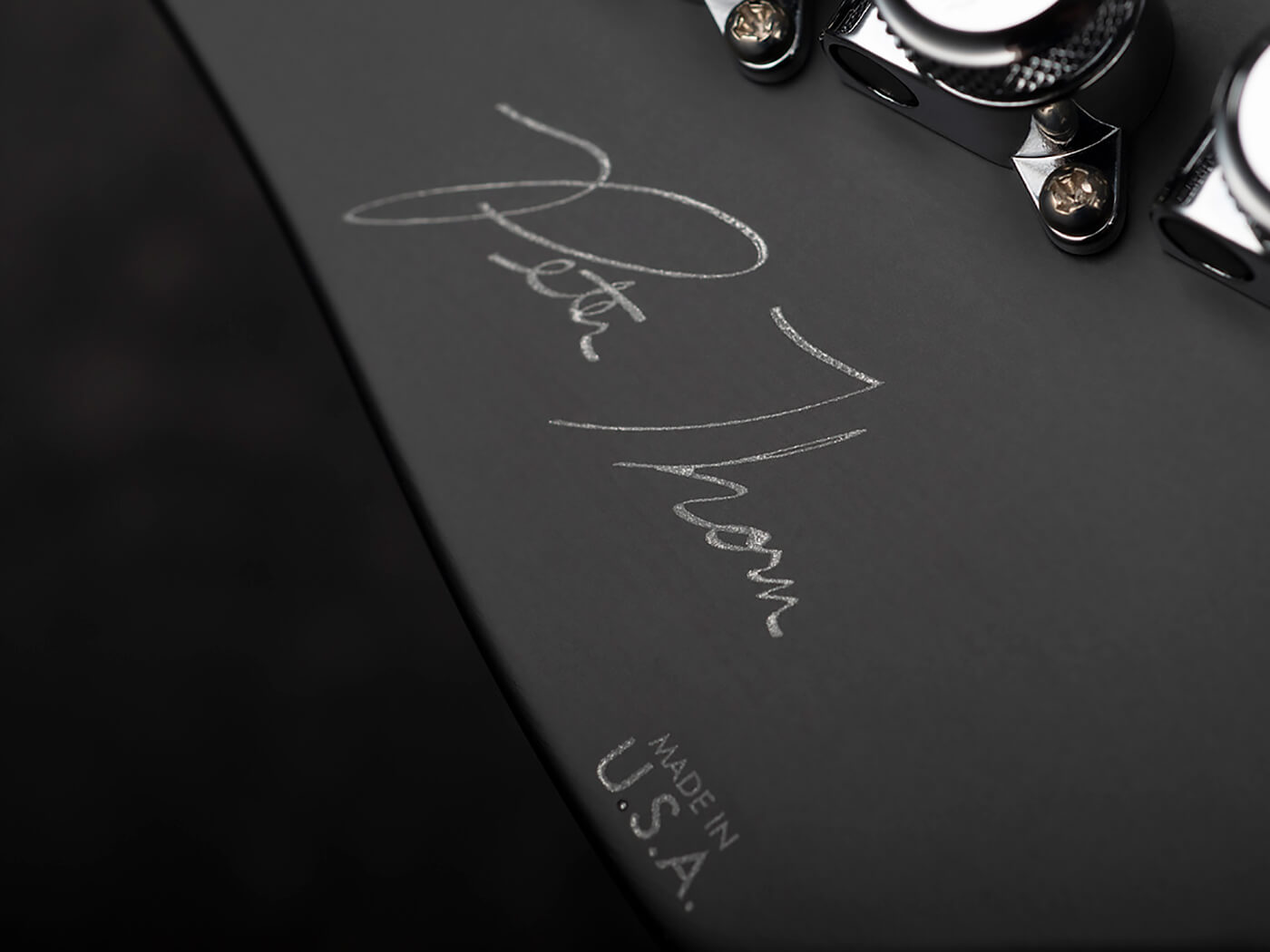 Much like the PRS Wide Thin neck shape, Suhr’s nomenclature is also something of a misnomer, as in practice it’s more of a comfortably fulsome C. The black satin finish on the back of the neck is almost frictionless and, in combination with the divinely rolled fingerboard edges, the neck is sympathetically supportive of any fretting hand position.

The initial run of PT Signature Series models featured the Gotoh 510 bridge but in 2018, following an encounter with Trev Wilkinson at the NAMM Show, Thorn switched to a Wilkinson WVS130 unit with locking saddles. “I’d heard that Trev Wilkinson was working on a bridge that had locking saddles on it, similar to what you would see on a Floyd Rose,” Thorn explains. “John [Suhr] had actually done experiments and found that the strings that have the least tension going over the saddle are the low E and G, and these pick up off the saddle the most when using the vibrato bar. It made a lot of sense that tuning instability could arise from the bridge saddles.”

Unlike Floyd Rose saddles, Wilkinson’s solution sees hardened steel saddles with clamp screws anchor the strings at the front edge, which should eliminate any re-positioning of the string at the intonation point while using the whammy bar or bending strings. In theory, this should help reduce tuning stability issues, and we certainly struggle to put the guitar out of tune during the course of our testing. 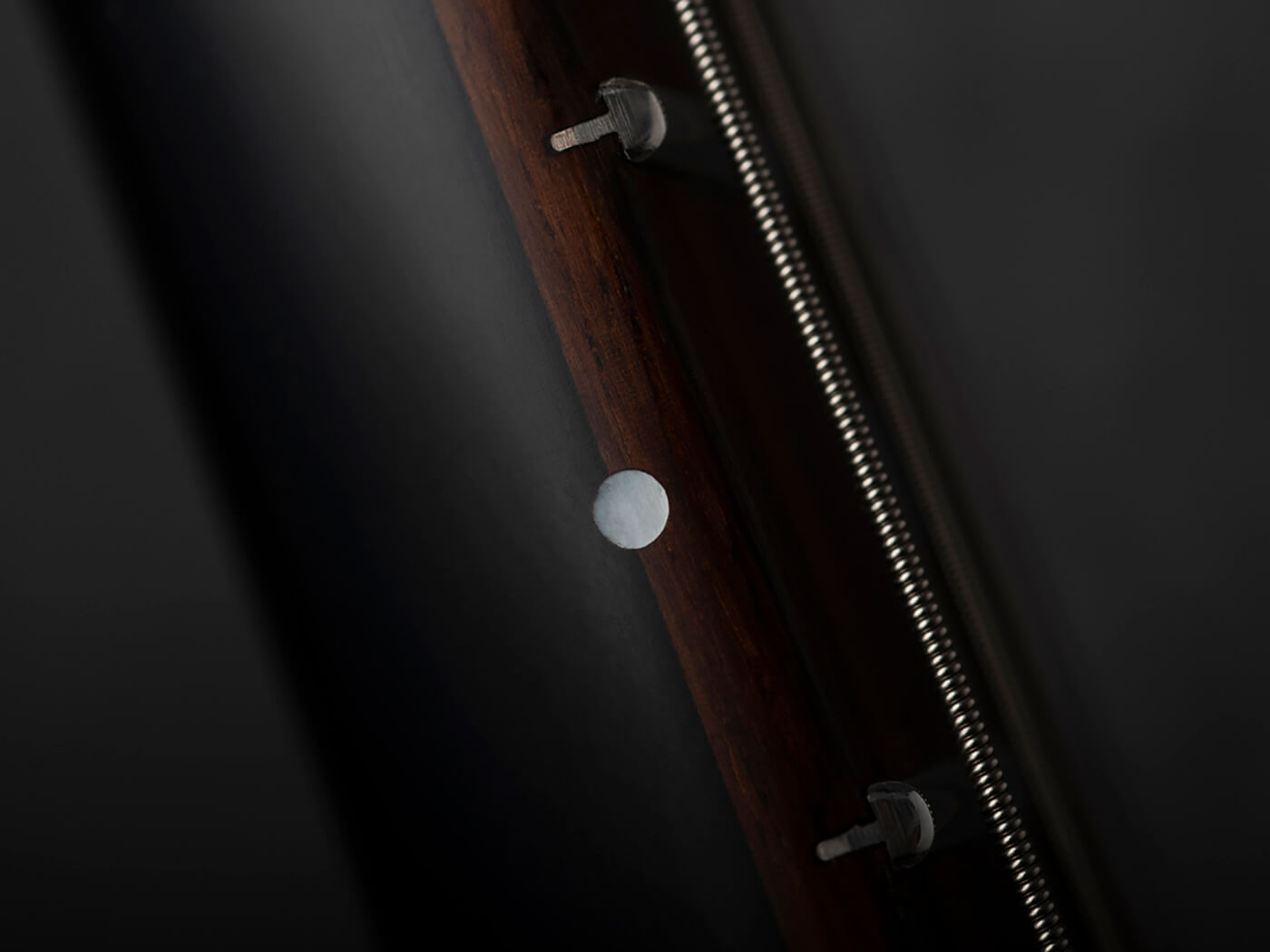 On plugging in, the first thing we notice is that the five-way selector is wired unconventionally. Positions one and three select the bridge unit and neck and bridge combinations respectively, while position two selects the inner coils of both Thornbuckers. Position four selects the full neck humbucker, while position five is where you’ll find the neck pickup in split mode.

This initially proves confusing when attempting to switch quickly between the bridge and neck pickup during lead passages. However, when we start throwing riffs and chords into the mix, we find ourselves bypassing the neck unit’s full humbucker mode deliberately, favouring the percussive response and extra definition of the split-coil tone. 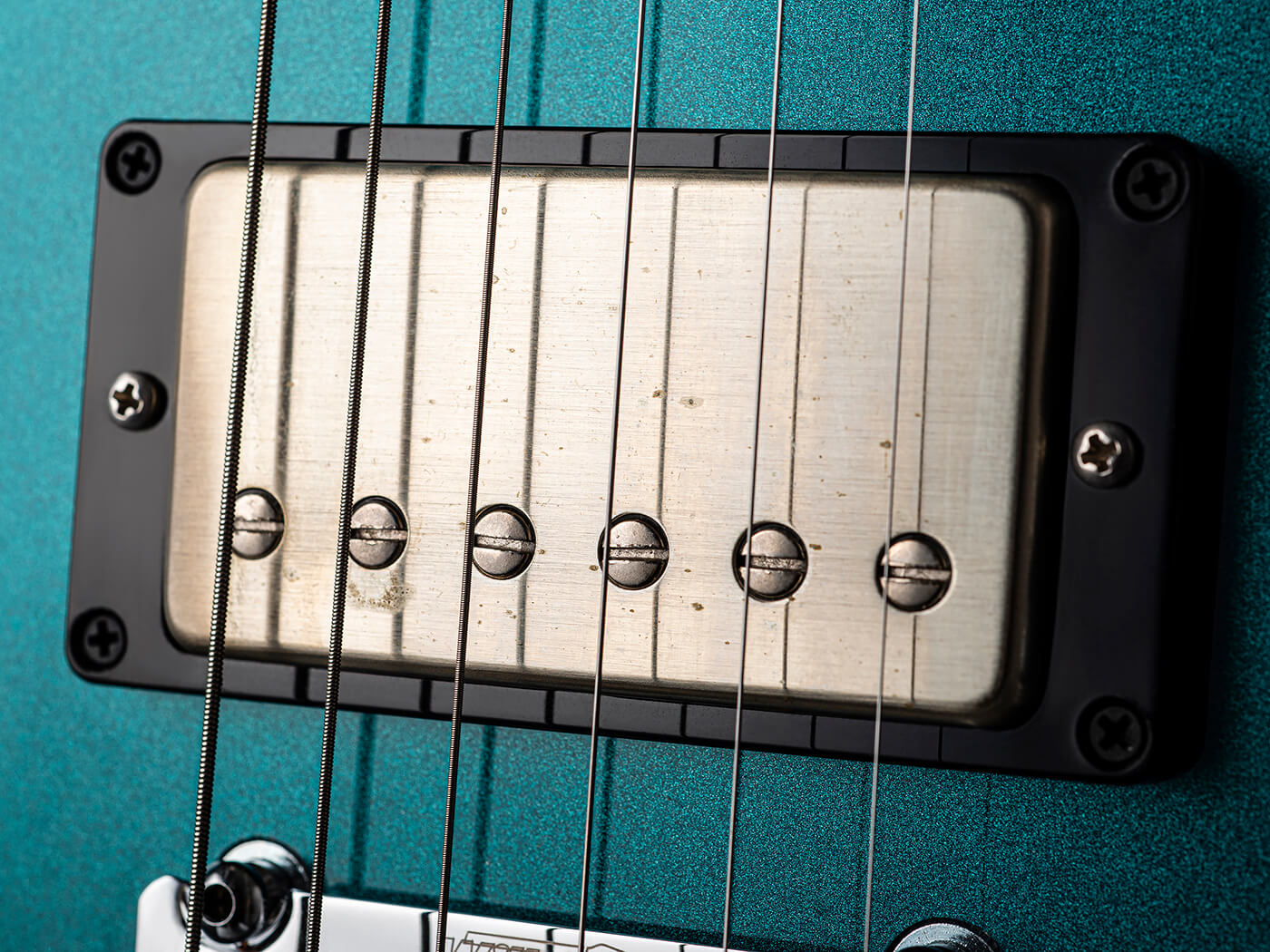 The Thornbucker+ bridge pickup is meaty with a well-balanced midrange. It’s responsive to the onboard volume control and, when running wide open, still maintains clarity irrespective of the amount of gain we throw at it. Pull up the tone pot and you get the bridge humbucker in parallel. Again, we find ourselves eschewing full humbucking mode in favour of a tone more like a traditional single coil, albeit in this instance with the added bonuses of hum-cancelling and additional grunt.

This may be a signature model tailored to an artist’s specific needs but, such is the versatility that a busy session player such as Pete Thorn demands, the result is a compelling instrument that delivers an extraordinary range of high-quality humbucking and single-coil-style tones along with a refined, high-end playing experience. There’s no such thing as one-size-fits-all in the guitar world but, for the modern player, this gets pretty close. 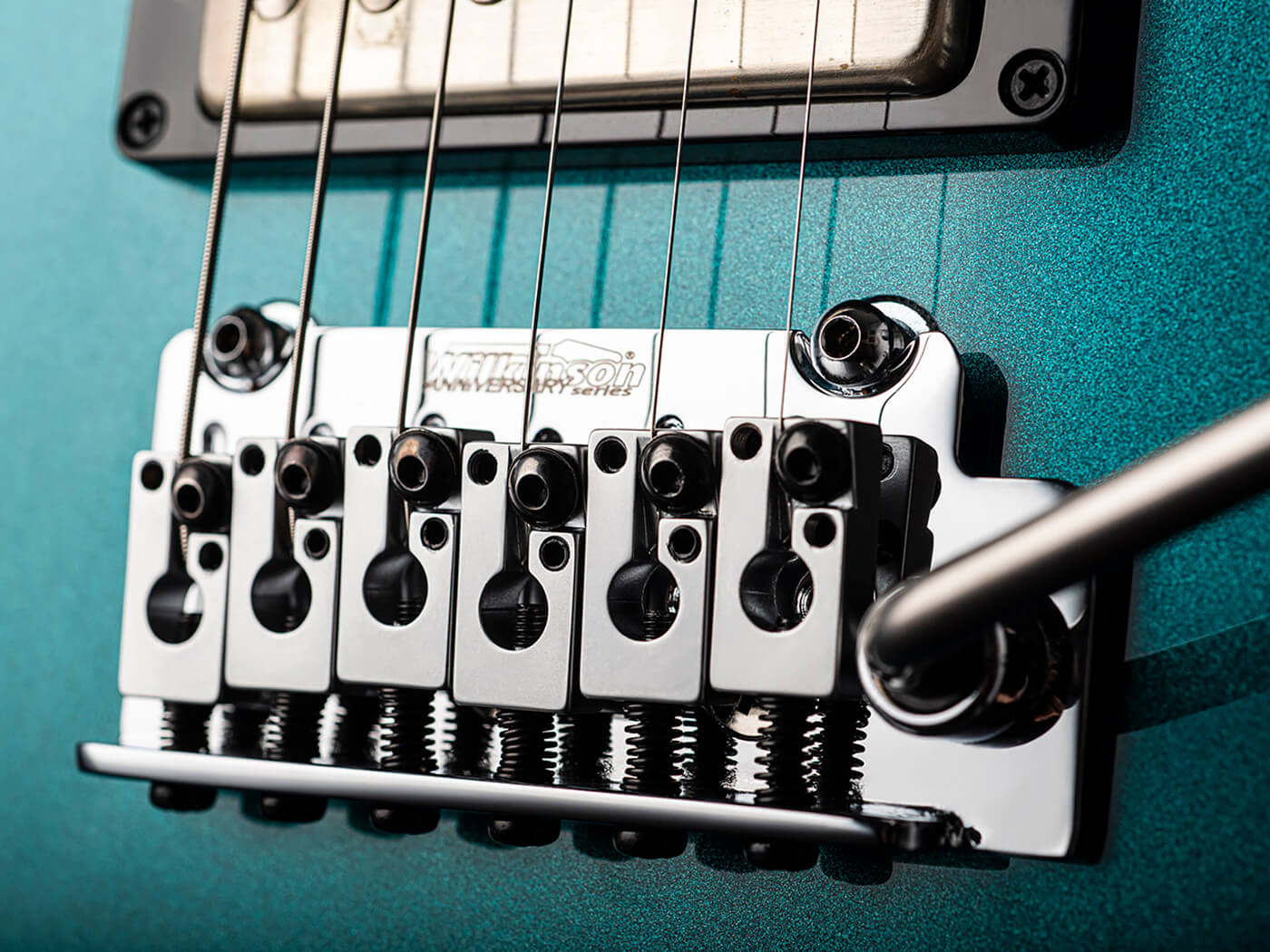