Recording guitars direct divides opinion, but it’s the only way to recreate some iconic tones. 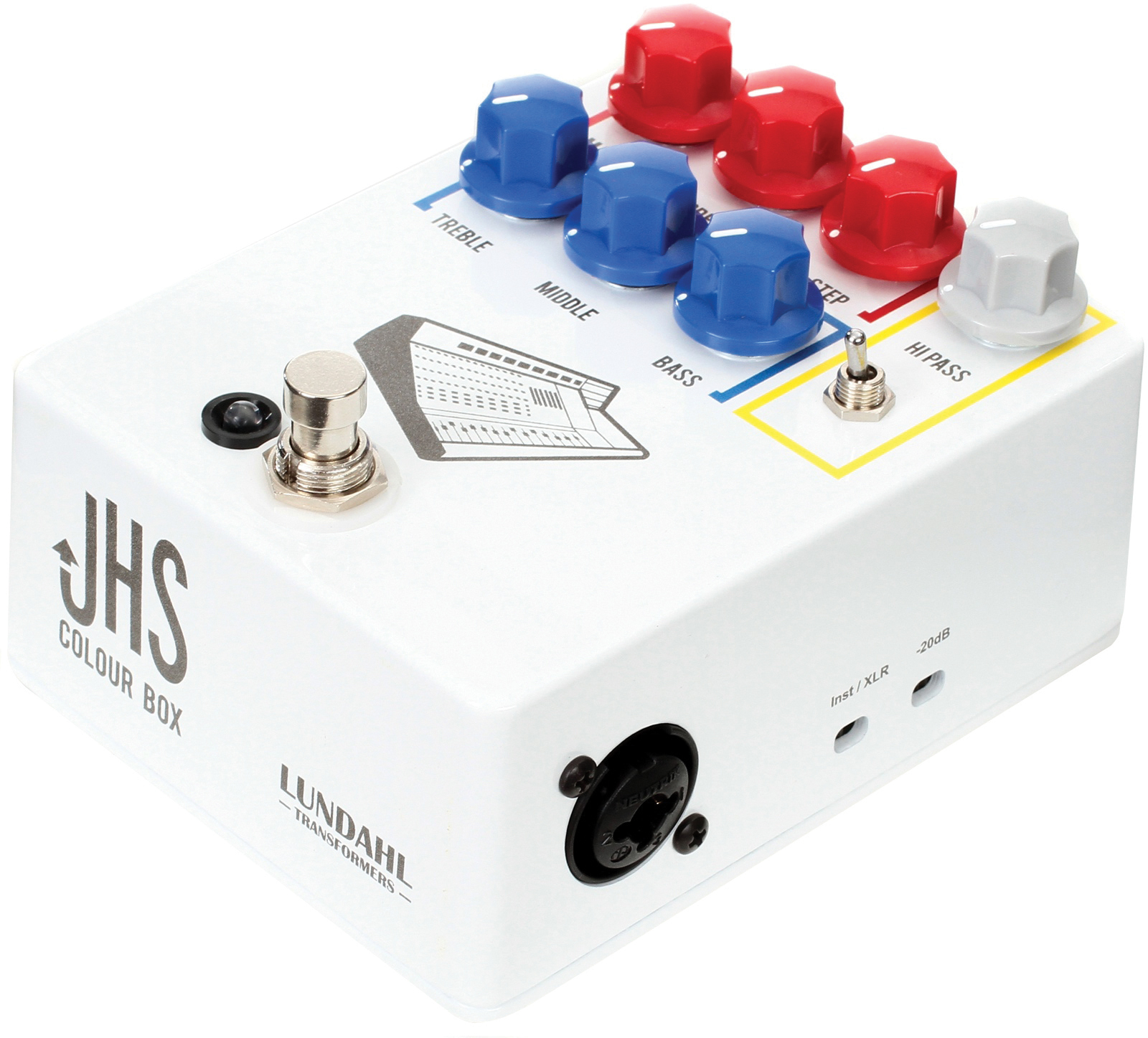 The acronym `DI’ stands for `direct inject’, and during the 1980s sound engineers were often reluctant to record electric guitars any other way. Then, as now, most guitarists preferred the tone of their amps to the soulless fizz of period processors and ultra-clean DI boxes. Awkward questions were often asked, but they were invariably deflected with mutterings about `separation’ or `keeping it dry’.

Even so, many iconic guitar sounds have been created by recording electric guitars directly into mixing desks, and the practice goes back to the 50s. The term `direct’ isn’t strictly accurate, because you need an interface between a passive guitar and a microphone preamp to lower the source impedance.

Many classic preamps had discrete circuitry with high-quality transformers that could colour guitar tones in very pleasing ways. The equalisers sounded very `musical’, and enabled engineers to shape the sound precisely to ensure the guitar sat properly in the mix.

UK companies such as Neve manufactured some of the best preamps and equalisers. Today, vintage examples command astronomical prices – as do many repros and clones.

The JHS Colour Box is a combination DI box, preamp and equaliser with 100 per cent analogue circuitry, that is claimed to be `true to the design and schematic of a vintage Neve’. It can also function like a conventional stompbox if you use the quarter-inch jack output.

A combo XLR/jack socket allows the Colour Box to be used as a microphone preamp once you move the slider switch from instrument to XLR. The Colour Box is equipped with a -20dB attenuation pad for the XLR input.

With colour-coded controls, the gain and volume knobs are all in the red zone. The preamp contains two gain stages, and the pre-vol control has no effect on the first stage. It sets the signal level getting into stage two, and you can think of it as a `gain’ control. Step is also a gain control, but it acts on both stages to increase the level in five increments. The instructions compare the role of master to that of an amp’s master volume.

The three blue knobs are labelled treble, middle and bass. Operating a modified Baxandall tone stack, they’re straight-ahead +/-17dB boost/cut controls with centre indents. This is different to the parametric equaliser designs associated with most Neve channel strips, because the frequencies are pre-selected. Having a switchable high-pass filter is always welcome on a mic preamp, and the Colour Box goes one better. The slope is pre-set at 6dB per octave, but hi pass sets the frequency point from 60Hz to 800Hz.

There are numerous applications, but let’s start with the DI aspect. These days, most digital audio interfaces with microphone inputs have high-impedance instrument inputs too, so
I compared the Colour Box to a generic interface. It sounded radically different to my MOTU interface. Where the MOTU was cold, bland and excessively bright, the Colour Box sounded much fatter and smoother, with a more even and prolonged decay characteristic. Even clean settings contain hints of harmonic overtones, and there’s a softer attack to the transients, not unlike mild compression. 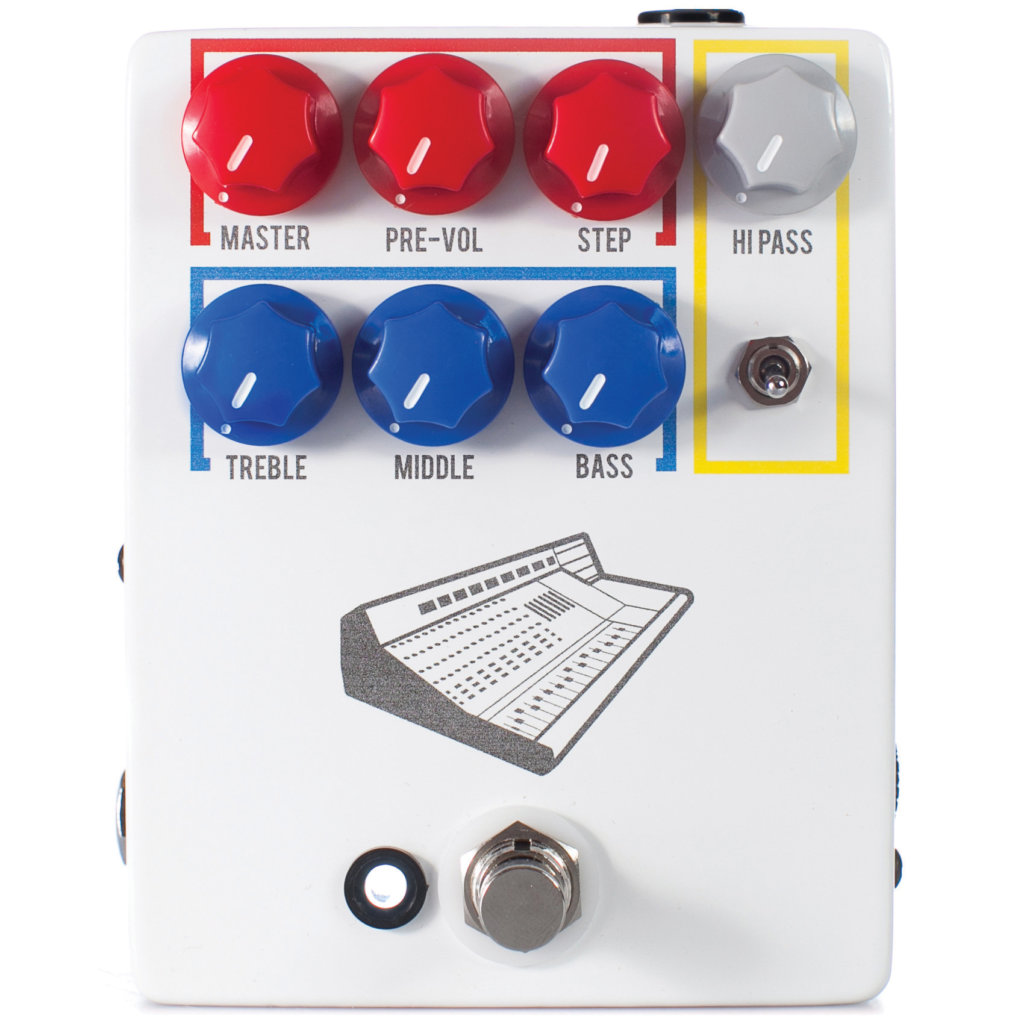 The tone controls are very powerful and you can max the treble without encountering harshness. Rolling off the lows with the hi pass also helps to keep the guitar high in a mix without muddying up the bass end. It’s just right for soul and funk rhythm parts, and can create lovely jazz tones with semis.

Overdrive is an option, so take time to discover how subtle clipping can warm up tone without sounding distorted. Pre-vol and step increase gain, but sound different. Pre-vol adds brightness, while step increases girth as you switch up through the five levels.

The clipping has a bright grittiness that’s closer to Revolution by The Beatles than amplifier overdrive. Towards the upper limits of pre-vol, the sound stutters like a fuzzbox with starved transistors, but mild overdrive adds a fantastic growl to DI bass.

In front of a valve amp, the Colour Box can be used as a clean boost or an overdrive with extensive equalisation options. Try attenuating the lows and highs while boosting the mids for a Tube Screamer-like push, or scoop the mids and boost bass and treble for a Marshall-type tone.

You can EQ the signal for a particular sound, then match the on/off volume levels for an amp or channel switching-type effect. Plugging into a cranked tweed, then dialling in a bright tone with scooped mids, I used the Colour Box as an attenuator to switch between blackface cleans and fat overdrive.

The jack output is a bit noisier than the XLR out, and it’s a pity the XLR side is disabled in bypass mode. Keeping it active would allow you to send a pure signal to an amp while recording a clean direct signal for re-amping later.

As a mic preamp, the Colour Box is rich and characterful, adding thickness and edge if required. There’s no phantom power, so it’s valve, ribbon or moving-coil mics only; and loud sources are best because there’s not a huge amount of clean gain. As an equaliser/distortion processor for dirtying up drums, vocals and so forth, it’s very effective. This is where the range of
the equaliser can be exploited fully, and the audio quality is such that there’s no need to run a clean track in parallel with the processed track to retain clarity.

For guitar, I found the mild overdrive settings slightly too gritty. I preferred more distorted fuzz-like settings, but for me it would be a special-occasion sound. As a pedal, it has its uses, but it would see occasional use rather than taking up residence on my board.

The Colour Box is, first and foremost, a superb direct recording tool, and it delivers very impressive clean sounds with a wide tonal range. If that was the extent of it I’d still be impressed, so the other features are icing on the cake. 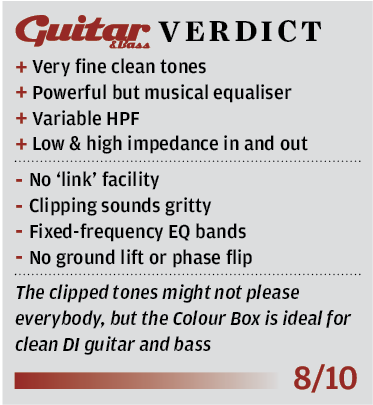