Modder-turned-maker Robert Keeley expands his pedal empire with a transparent overdrive and a multi-mode reverb. 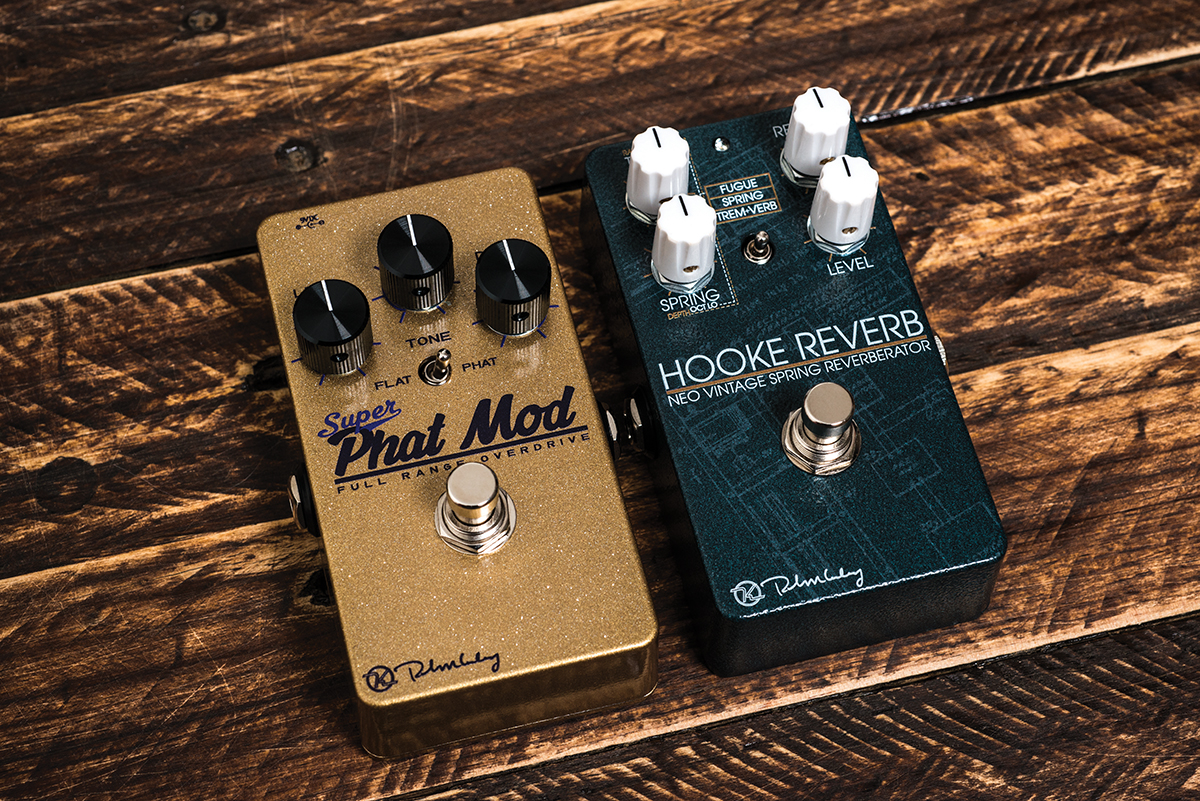 You might well argue that, in order to create the perfect rhubarb crumble, your best starting point is to tinker about with other people’s rhubarb crumbles and find ways to make them better. This is a career path that can work just as well in the world of guitar effects as it does in the kitchen, and there’s no better proof of that than Robert Keeley.

After studying electrical engineering, this Oklahoma native made his name by modding Boss and Ibanez overdrives, before creating a stompbox compressor that became a modern classic. Now there are more than 30 products in the Keeley line, and here are two of the newest additions: an overdrive based on his old ‘Phat’ modification of the Boss BD-2, and a six-mode digital reverb. Mmm, crumble…

The most obvious difference between this and the original Phat Mod is that it isn’t a Boss Blues Driver. It’s certainly based on the modified BD-2 that played a big part in the growth of Keeley’s reputation, but this isn’t just the same circuit in a non-Boss enclosure.

We’re told the ‘magic’ Toshiba JFET that drives this gold box took years to discover, allowing Keeley to design a new overdrive with the same amp-like dynamics. It’s a compact pedal with a sparkly gold finish, and it’s going to look a lot more classy on your pedalboard than a Boss with a blue LED and an extra switch.

Having said that, it does have both of those things – the switch allowing you to toggle between ‘flat’ and ‘phat’ depending on your lower-frequency needs. Other than that, it’s a familiar layout with self-explanatory controls for level, tone and drive. 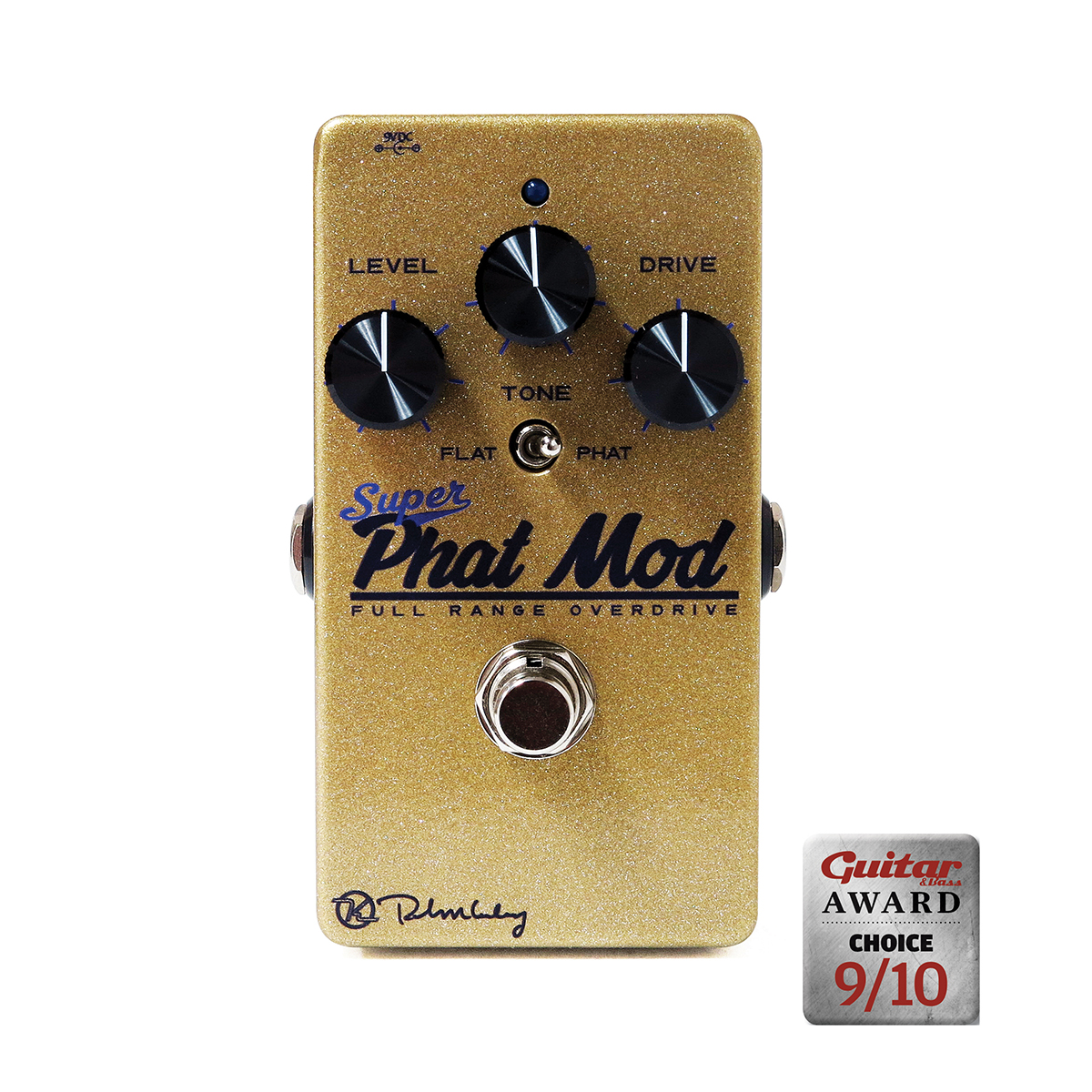 This isn’t one of those overdrives that sound even better when they’re not overdriving, but it can do something not far off a clean boost – at least with medium or low-output pickups. In flat mode with the drive fully off and the other two controls at noon you get a nice, subtle crunching up with a bit of added zing in the top. Wind the tone down and the treble response is softened, but not at the expense of any musicality.

And when we crank the level? It’s a slap around the chops for the front end of our amp, with maybe just a dash of added Tube Screamer snarl sharpening up the mids. The toppy transients are even more zingy now – with single coils you might want to keep that tone control low.

Dialling up the drive brings more sweet grittiness up to about 10 o’clock, and then we slip quite quickly into full-on rock-spank territory.

It’s tight and feisty and a little thinned out in the bottom, but the texture of the distortion remains smooth – this could easily be mistaken for the high-gain channel your amplifier forgot to tell you it had. Touch-sensitivity is excellent, and it cleans up almost completely with the guitar volume wound back to about 7.

Switching to phat mode puts back some of the bottom end in a way that will be hugely welcome in some situations, though not in others – but that’s why it’s so great to have the option: if your open chords are getting swamped, flick it back to flat and they’ll slim out nicely. There’s nothing about this box that hasn’t been judged cannily.

What’s with the name? Well, as every schoolboy doesn’t know, in physics Hooke’s Law concerns the forces acting on springs… and the spring reverbs found in vintage Fender amps are this digital unit’s inspiration. What many of our favourite dusty combos also have is a really sweet tremolo effect, and that’s also on the menu here – along with a Magnatone-style pitch vibrato and one or two distinctly non-vintage tricks.

The controls look simple enough at first, with a three-way mode switch surrounded by knobs for adjusting reverb length and tone, plus spring ‘looseness’ and output level.
Peer closer, though, and the tiny markings on the left-hand side reveal that those two controls have different functions depending on which mode is selected. Then peer even closer than that – once you’ve unscrewed the bottom panel – and you’ll see two internal switches: one for vintage or modern tone, one for selecting a bank of three different reverbs.

We all love a tinker, but it’s a shame that half of the six sounds on offer are inaccessible without a screwdriver. Let’s find out if the quality of the Hooke’s sounds of the Hooke will overcome any reservations about its layout. 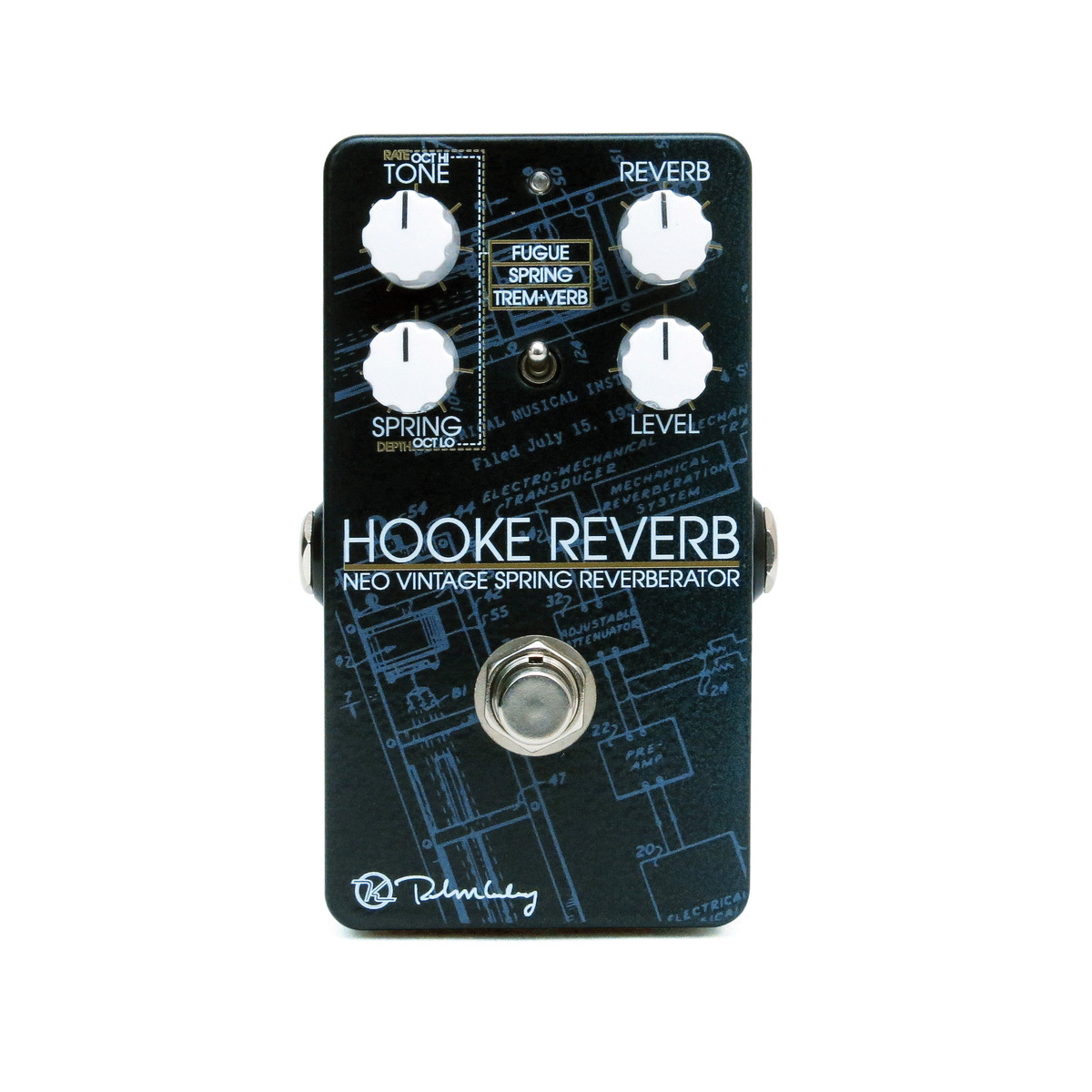 We know our alphabet even better than we know obscure principles of physics, so we’ll start with bank A… but we might not stay there too long, because as it turns out most of the really inspiring stuff in this pedal is on the other side of that internal switch.

The spring reverb is admirably close to the real thing, with plenty of rhythmic judder – maybe too much for some tastes – while the controls allow ample fine-tuning of colour and density. The level knob even offers a substantial boost to the dry signal, but we wouldn’t overdo this – like many digital reverb units, even at unity gain this pedal adds a bit of hiss.
Fugue mode plunges us into a wash of ambient octaves – one up and one down – whose levels can be adjusted by the two left-hand controls. There’s no dry signal at all in this mode. It’s wacky alright, though we’re not sure how often we’d use it.

The third mode, a combination of reverb and tremolo, is a taste of the goodies we’re about to come to on the other half of this pedal – it’s warm, natural and just about irresistible. What could be better? Well, here’s one thing: the bolder, longer-decaying version of the same effect that’s found in bank B. The tremolo here is just as pleasing, but the bigger reverb has far more scope for deep atmospherics. The spring/plate blend is also an improvement on the spring on its own – smoother and more immersive – while the super-sweet vibrato/verb is probably the most addictive effect here.

Best of all, both tremolo and vibrato effects can be enjoyed completely dry by turning the reverb control to zero. That’s multi-FX, that is. 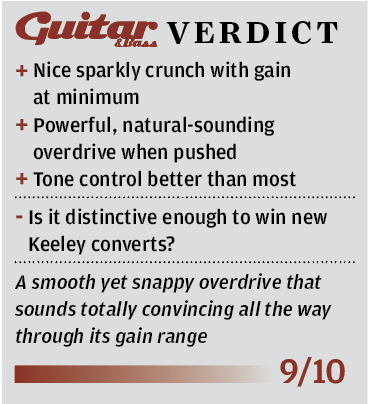 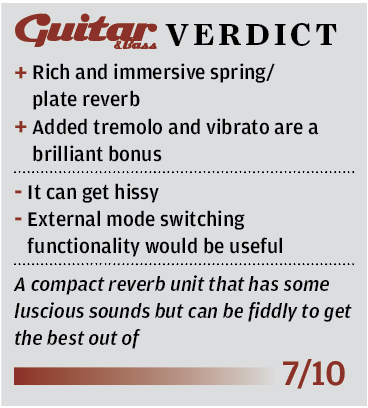