The venerable institution of MXR is keeping it contemporary with its new range of Mini pedals. Richard Purvis weighs up a duo of diminutive dirt machines… 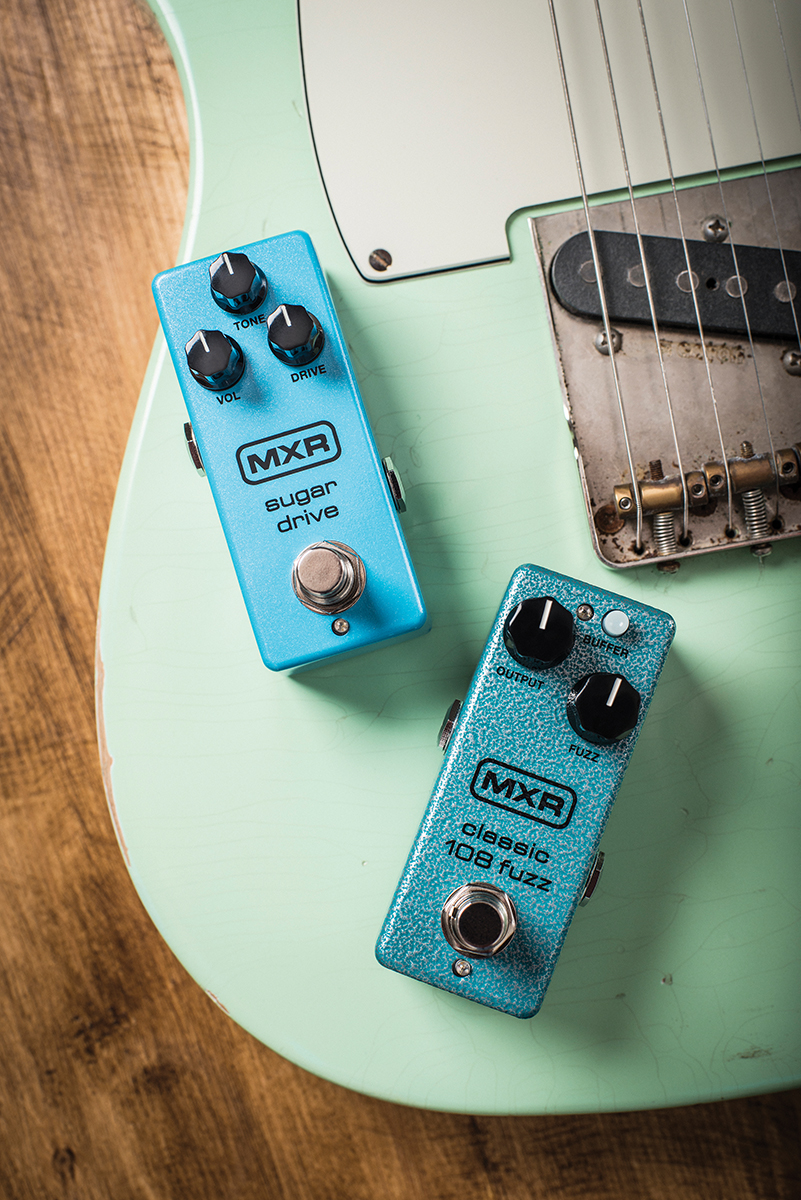 Like the oceans, the mountains and the annoyingness of Piers Morgan, MXR pedals have always existed and always will. To be a little more precise, they’ve been around since the early 70s, which really is an age in stompbox terms. Greatest hits include the one-knob Phase 90 of 1974, the two-knob Distortion Plus of circa 1979, and more recently, the three-knob (plus a button) Carbon Copy analogue delay.

Times change, but MXRs remain user-friendly, solid… and mostly the same size. But scaled-down stompers are all the rage in 2018, and with Way Huge founder Jeorge Tripps now in charge of design, MXR is not about to be left on a dusty shelf marked ‘heritage’. So here we have a sawn-off version of a vintage-voiced fuzz – and first up, an all-new pedal that’s following a whole different trend…

Normally, if a new pedal is ‘inspired by’ an old pedal, there’ll be a big old clue in the name, or in the colour of the enclosure, or maybe even both. In the case of the Sugar Drive, MXR isn’t being quite so brazen – but when you read that this unit is “based on a rare and elusive circuit” with a “mythical reputation”, it shouldn’t take long for the Klon klaxon to start honking away.

The reasoning is simple: as Mr Tripps told this magazine a couple of months back, “everyone else is doing it” – so here we have a drive that goes from low-gain boost to full-blown distortion, blends the overdriven signal with the clean tone on its way out, and uses a voltage doubler to increase headroom – all the klone essentials. It’s got one thing an original Centaur can’t offer, though: switchable true or buffered bypass. A bold new twist? Not exactly – you’ll find the same feature on Klon’s follow-up pedal, the KTR.

Controls-wise, it’s all reasonably straightforward stuff – well, it could hardly be otherwise with this titchy form factor. You get Volume, tone and drive, with that little buffer switch tucked awkwardly into the side of the enclosure. There’s no room for a battery, of course, but a 9V mains adapter is included. 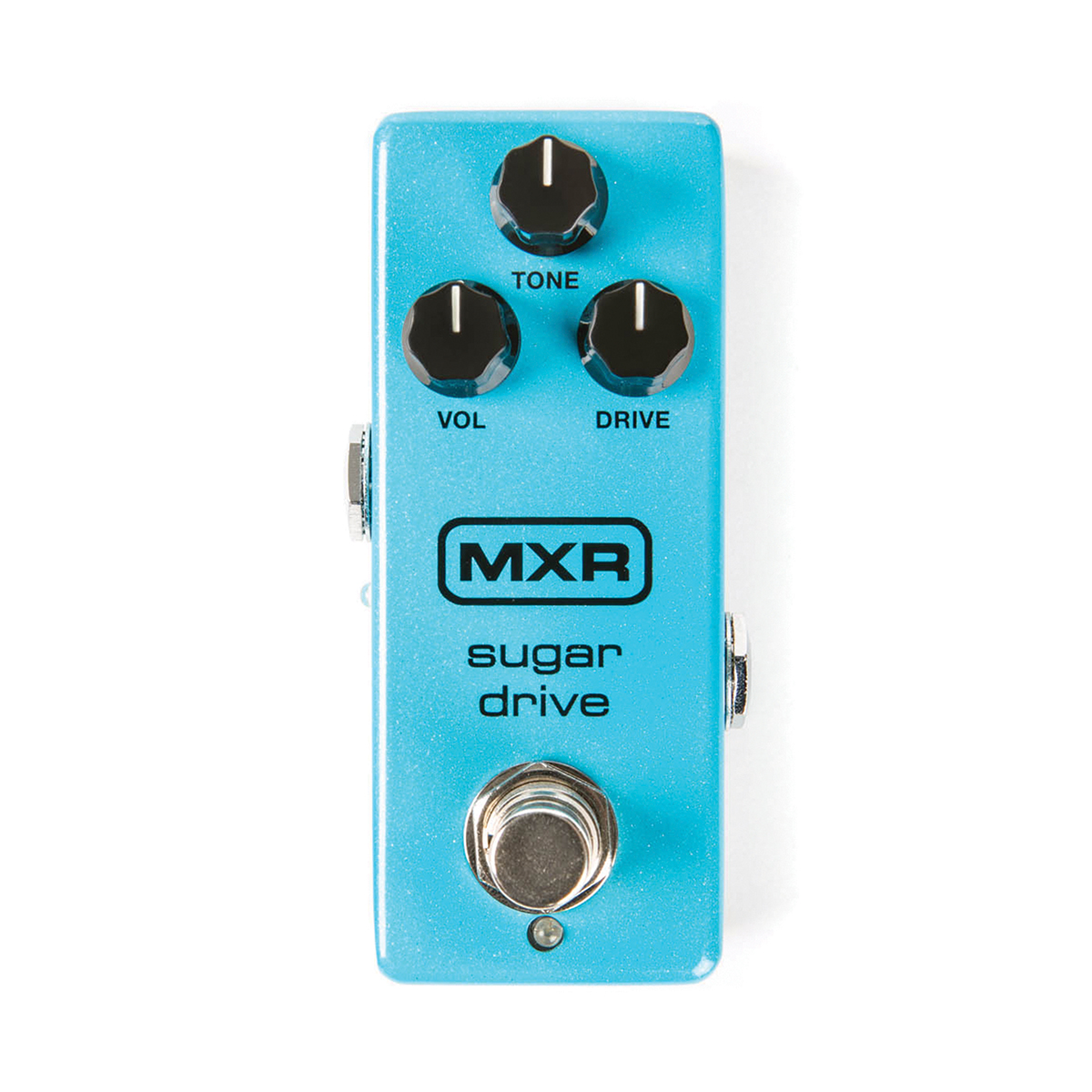 Inside, we find a pair of the eponymous BC-108C silicon transistors, and a much simpler circuit board than the Sugar Drive’s – with fuzzes, simplicity is king. Now there are just two controls, for output level and fuzz, plus a buffer switch – not for bypass this time, but for the fuzz circuit itself. This is intended to overcome impedance-mismatch issues with wah pedals.

The elusive Klon magic comes from a combination of warm, thickened-up mids and gently softened treble, with a playing feel so touch-sensitive that you can easily forget you’re using an overdrive at all. And in basic tonal terms at least, MXR’s effort is pretty much there.

Starting with gain around nine o’clock, the actual distortion is barely perceptible on single notes, but the fattening effect on the lower midrange is clear and very likeable. As long as you keep the tone shy of halfway, the Sugar Drive lives up to its name, making lead lines sing out with easy sweetness.

Whack up the gain and things change dramatically: the top end still behaves itself, but now we have a lively, more-or-less transparent mid-gain overdrive that’s great for blasting out chords and punchy riffs, especially with single coils.

In a blind shootout with one of the very best klones, the JRAD Archer, the MXR comes mighty close to causing an upset. It’s only that supernatural touch sensitivity that proves to be just out of reach: caress the strings like you’re stroking a sickly dormouse and it just feels ever so slightly heavy handed. 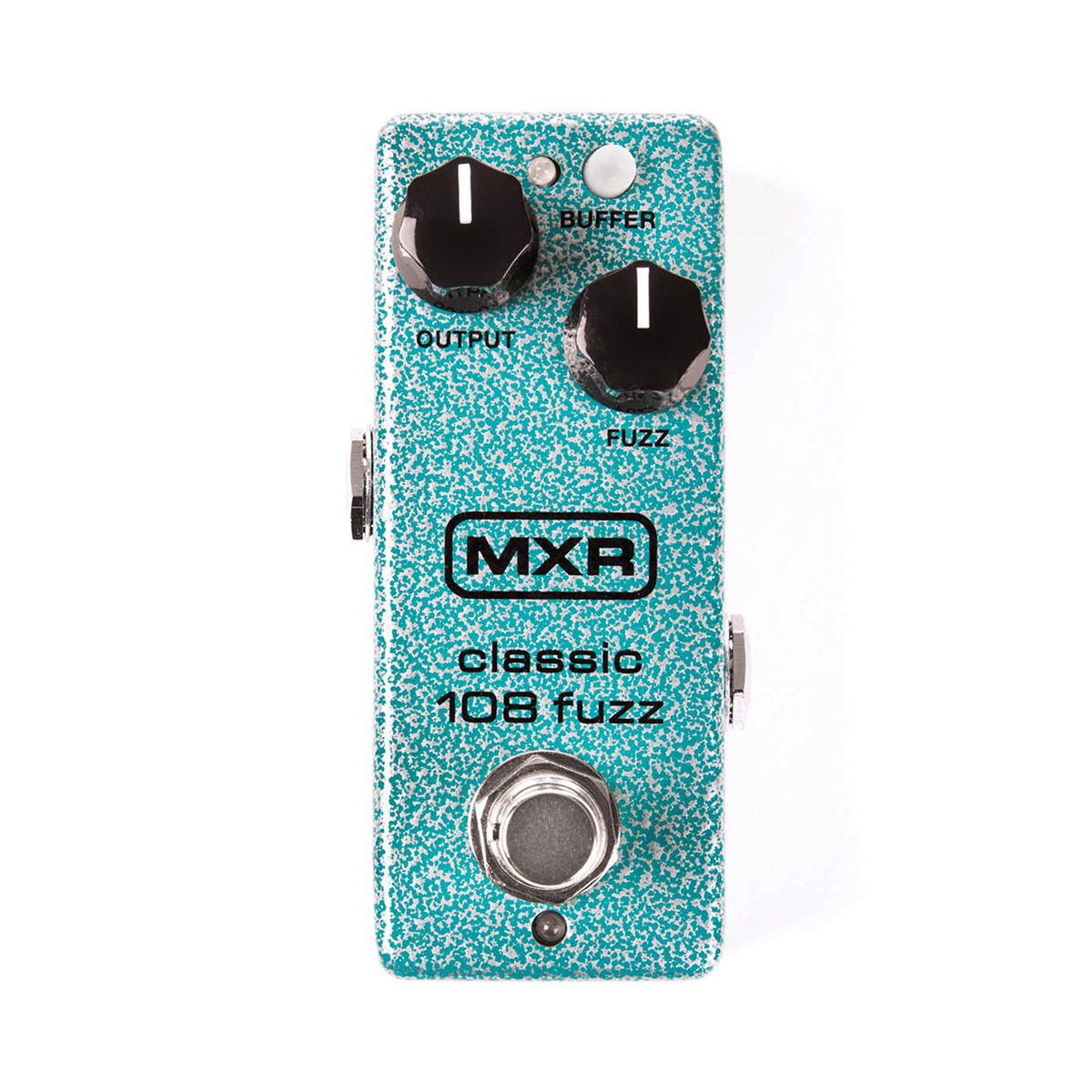 There’s also a shade more background hiss, and – with our review sample at least – a bit of a footswitch pop (even from buffered bypass), suggesting some compromises in build quality. Still, there’s no denying this is a fine little klone. It’s also, lest we forget, very reasonably priced.

The Classic 108 Fuzz Mini is even cheaper, and in some ways even more straightforward; but as it turns out, that switchable buffer makes things a lot more complicated than they first appear.

Leaving the buffer off to begin with, we again start with the dirt control set low… and quickly wish we hadn’t, because what comes out is as weak and muddy as a mug of estuary water. It’s only with fuzz past four o’clock that this pedal really comes to life, with a smooth and beefy sound that gets brighter as you turn it up towards full.

Fully cranked, it goes right to the edge of Velcro buzziness, but still cleans up admirably on the guitar’s volume control without undue loss of top end. Now we switch on the buffer, and there’s an extra edge to the attack of every note that won’t always be welcome; but pull the fuzz back down to around two o’clock, or even lower, and the murkiness that we experienced before is miraculously cured.

And with a wah? Between the buffer switch and the order of the two pedals, there are four different arrangements to explore, and they all sound quite different… but not in the clear-cut good/bad way you might have been led to expect from received stompbox wisdom. For our money, since you ask, wah before fuzz with buffer engaged is the most musical option. 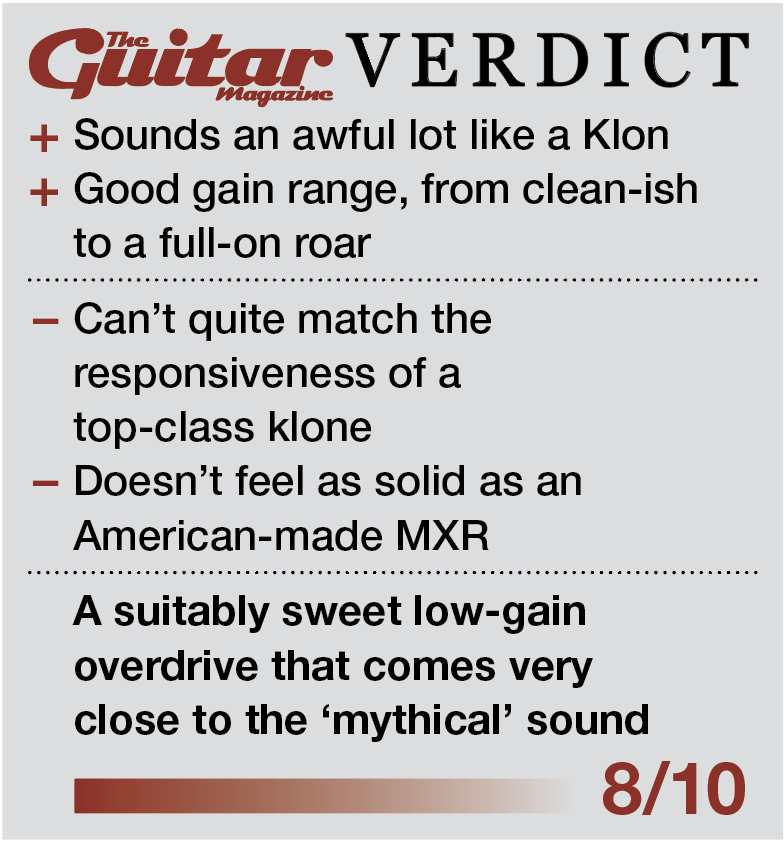 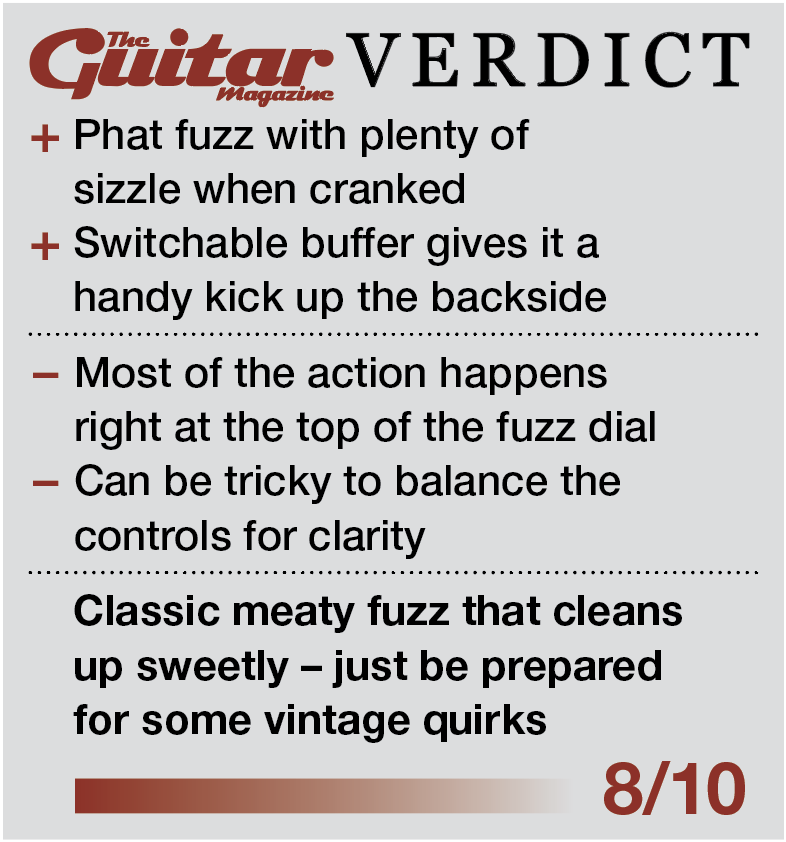