The Genius Of… American Thighs by Veruca Salt

With Louise Post and Nina Gordon recently reforming, we examine their iconic debut and its place in grunge history.

“Seether is neither loose nor tight,” sang Olivia Rodrigo, heralding the iconic first refrains of Veruca Salt’s 1994 hit single Seether. Rodrigo was onstage in Portland, Oregon in April this year when she covered the track, which was celebrated by the recently reformed Louise Post and Nina Gordon on social media.

Formed in 1992, the Chicago-based band had largely existed outside the radio and media purview until Seether catapulted them onto MTV and into a deal with Geffen. With major labels scouring Seattle and Chicago for the next Nirvana, a large-scale marketing campaign for Veruca Salt’s debut album American Thighs followed.

The dual harmonies of vocalists and guitarists Gordon and Post, lethally sweet like arsenic-laced candy floss, are at the core of American Thighs. On Seether they reveal the impolite girl, the bad daughter, the uncivilized woman who emerges when her defences are broken down. “I can’t see her till I’m foaming at the mouth,” they warn in unison.

Vocals aside, all 12 tracks feature chugging guitar and fuzzy feedback, which surges into whorls of all-consuming riffage between verses and choruses, occasionally making space for noodling, show-off solos. Post partnered a Gibson SG with a gritty Orange Rockerverb and Boss Overdrive/Distortion to deliver tidal waves of seething, seductive grunge sounds.

Like many acts of the era who enjoyed a career high only to be beaten down by the relentless touring, demands for more music, magazine cover shoots and press interrogations that came with it, Post and Gordon persevered until they didn’t. When Veruca Salt split in 1998, it took 15 years for them to find one another again.

“We kind of broke each other’s hearts,” Gordon recently told Australian site Music Feeds. She explained the pressure of “a whole machine” that demanded they keep going. In 2014 they began gradually easing themselves back into each other’s lives through emails and phone calls, having not seen each other for 14 years. Eventually Gordon dared to ask why they weren’t making music anymore. 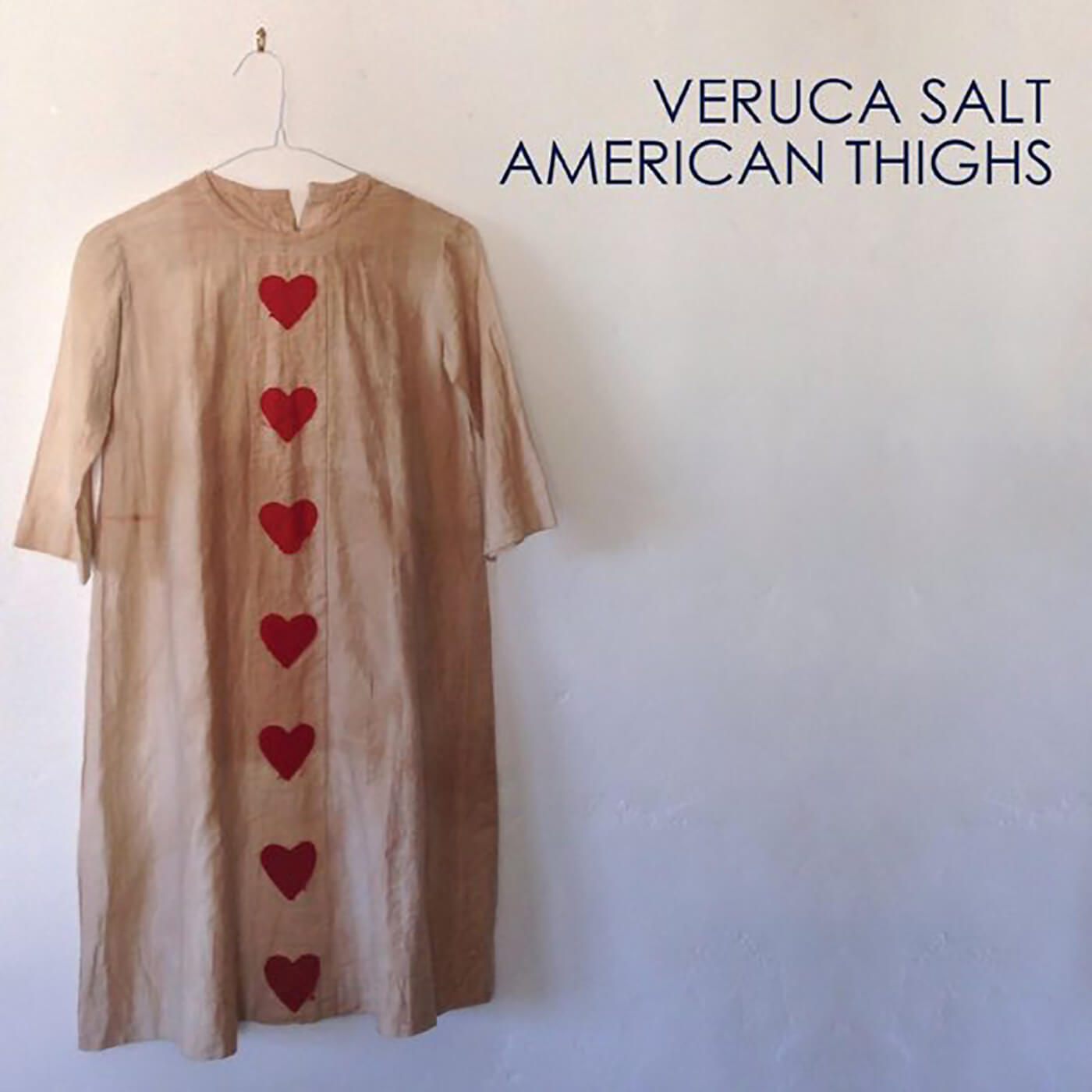 Listening to American Thighs today and Gordon and Post’s indelible power to amplify the best in one another seems timeless. Rodrigo’s Portland homage was sweet but she couldn’t capture the sisterly sonic partnership that makes Gordon and Post so special.

On album opener Get Back, they sing “I’m spinning out, I can’t control my car,” in breathy unison. But there’s never a sense that they’re ceding control. From the opening to the closing seconds, it’s clear that this is a band that owns their music, from every wolfish fang of reverb to the thudding drums and the saccharine, verging on toxic lyrics.

All Hail Me epitomises the pair’s newly empowered identities as women who have killed the niceties worn throughout their childhood and early teens, with “So sorry, I’ve killed your baby, I don’t know how” a standout lyric.

It’s a surprisingly confident album debut – all killer, no filler, no mistake – especially given that Gordon and Post had only been working together for two years. The band was rounded out by Steve Lack on bass and Jim Shapiro on drums, and together with their debut album they did away with any worries that their Seether single might be a one-hit wonder.

The name of American Thighs was an oblique reference to the innuendo-rich, full-bore machismo of AC/DC’s You Shook Me All Night Long, on which Brian Johnson sings, “She was a fast machine, she kept her motor clean / She was the best damn woman that I ever seen / She had the sightless eyes, telling me no lies / Knocking me out with those American thighs”.

Brad Wood had treated Liz Phair’s groundbreaking debut Exile in Guyville with the care and respect it deserved in 1993, placing her vocals front and centre – the glue between the ravaging guitar, jangly melodies and garage-rock heartbeat. He was unquestionably the perfect producer to direct Veruca Salt’s explosive live chemistry, intertwining harmonies and incisive lyrics into a record.

All of which is evident on Forsythia, on which the band’s fuck-you sass contrasts with their vulnerable confessions of feeling like lesser woman, drained of exuberance but also giddily envious of the naturally extrovert, effortlessly confident cool girl. “One thing about Forsythia / She comes around and I get lost / Against her yellow, I’m no longer me”.

Fly is a divinely sad, minor chord ballad led by Post’s melancholic invitation to “Try me, try me, try me”. It heralds a change of mood towards the back end of the album, which becomes less noisy and savage and settles into a more jangly, rhythmic pop sensibility.

Though too often and too neatly jammed into the grunge genre, there’s a surf-rock, garage-punk attitude to the guitars throughout American Thighs. Veruca Salt’s contrast between doll-precious soprano harmonies and bass-heavy, wickedly morose rock ’n’ roll was apparent in another defining album released the same year, Hole’s heartbreaking Live Through This. Portishead’s trippy, romantic Dummy arrived in 1994 too, establishing the sample-rich, dark synth sound of trip-hop, while Soundgarden’s Superunknown revelled in Chris Cornell’s singular pining vocals and Kim Thayil’s moodstorm of guitars. Meanwhile, Jeff Buckley’s divine Grace saw him canonised as a modern-day Leonard Cohen.

They haven’t been. American Thighs was reissued in 2014, and Post recently announced a solo album for 2023. It will be different though – there’s nothing quite so soul-shudderingly as candy-sweet Post and Gordon harmonies atop a snarling bed of distorted guitar.