The Genius Of… Heaven Or Las Vegas by Cocteau Twins

Cocteau Twins’ sixth album was a work of genius helmed by their influential guitarist and producer Robin Guthrie. Despite the album’s troubled gestation, it soars higher than anything else in the band’s catalogue.

To dare is to do

Its title may have implied a final roll of the dice for one of the great 4AD bands and godfathers of dream-pop, but despite the emotional strain that shrouded its gestation Heaven Or Las Vegas is the definitive Cocteau Twins album.

Its heavily effected guitars, electronic drums and the rare fragility of Elizabeth Fraser’s trilled lullabies coalesced into a celestial whole at the dawn of the 1990s. No one sounds quite like the Cocteau Twins, and this is their most complete, lucid statement. What’s most remarkable is they were making it all up as they went along. As bassist Simon Raymonde recalled, “In all our 14 years of making music together, we never demoed or ‘wrote’ songs in a conventional way.”

The ethereal splendour of Heaven Or Las Vegas disguises the dark cloud under which it was crafted, the sessions at the band’s September Sound studio, once owned by Pete Townshend, overshadowed by the transience of death, birth and heartbreak. “It was trying to mask all the other shit that was going on that we didn’t want to stop and think about for too long,” says Raymonde, whose father the composer and arranger Ivor Raymonde died while they were making the record. Furthermore, Fraser and guitarist/producer Robin Guthrie welcomed their first child, Lucy Belle, into the world just as their relationship began to falter under the weight of Guthrie’s struggles with addiction. It’s all chronicled on an album of transcendent beauty, with a guitarist at the peak of his powers its central figure.

A gentle sort of player

While many Cocteaus fans were swept away by Fraser’s hypnotic vocal layering, Guthrie was an equally essential force, and Heaven Or Las Vegas was a personal crusade to get the intricate symphonies that occupied his brain onto tape. Initially a punk fan and under-confident player, the self-confessed gearhead from Grangemouth, Scotland, developed his own singular style, eschewing solos and instead constructing composite parts out of stacked chords and icy arpeggios lavished with effects. Alongside Kevin Shields, he became the source from which a crop of ‘textural’ guitar players drew inspiration. “I’m a very gentle sort of player, and I let the electronics do the work,” Guthrie told xlr8r.com “It’s quite an opposite approach from the vast majority of electric guitar players who bash the hell out of their instrument.”

On Heaven Or Las Vegas, Guthrie played four electrics – a 1959 Jazzmaster, 1959 Stratocaster, a PRS and on the title track’s divine slide solo a modified Levinson Blade JM, running into the desk through Marshall 9000 Series and Gallien-Krueger preamps. Alongside an array of rack effects, he used BOSS chorus, phaser, flanger and vibrato pedals, a Cry Baby wah, a Yamaha D1500 delay and an Electro-Harmonix Clone Theory chorus/vibrato. The result was, to borrow The Verve’s debut album title, a storm in heaven, and it often sounded uncannily like a synthesiser. “The aim was to make music with punk’s energy but more finesse and beauty, and that shiny, dense Phil Spector sound,” said Guthrie. 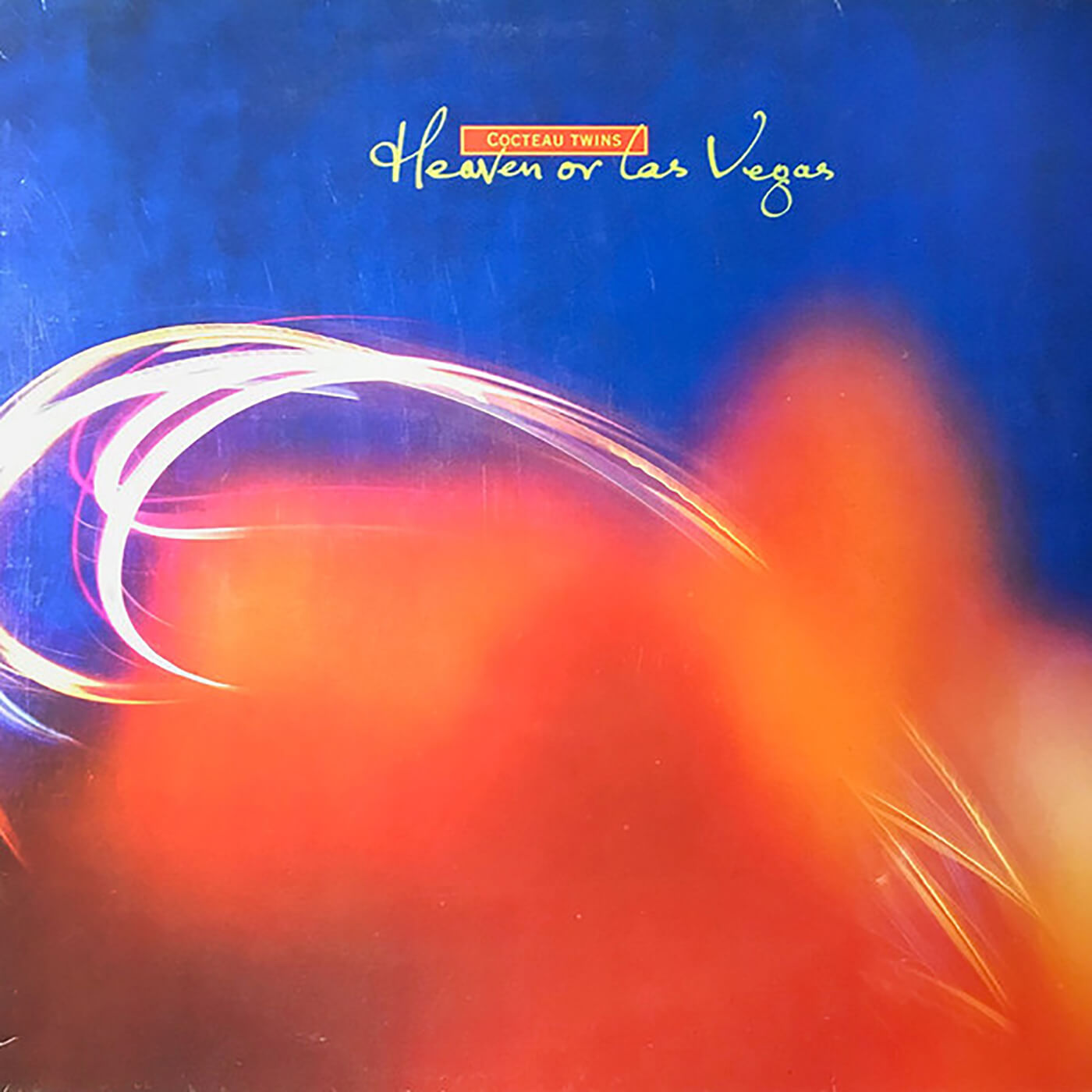 Heaven Or Las Vegas is a stride forward from 1988’s Blue Bell Knoll; the band’s most accessible record, with Fraser’s famously incoherent vocals at their most intelligible, it’s the product of hours of obsessive studio craft. Raymonde and Guthrie would complete fully produced instrumentals, with the beats coming from Akai MPC 60 MK1 and EMU SP1200 drum machines, Fraser arriving later to add her enigmatic contributions. If it wasn’t working, they’d all go ten pin bowling.

Raymonde’s considered bass work anchors everything on what is an unusually succinct album for the genre – clocking in at 38 minutes. It begins with the Ringo-like beat of Cherry-coloured Funk, as Guthrie’s chorus-soaked chords eddy around Fraser’s elysian chirrup, and from that moment Heaven Or Las Vegas is best consumed as one enveloping suite.

Pitch The Baby shimmers into view with Guthrie’s pulsing tremolo and a beat Raymonde likens to hip-hop; it finds Fraser brimming with paternal adoration for new-born daughter Lucy Belle as she coos “I only want to love you”. 50-50 Clown’s synth parts were in fact written on guitar by Raymonde and Guthrie, and caught the ear of Prince, who sampled the song when he wrote and produced Martika’s 1991 single Love… Thy Will Be Done.

The title track’s sparkling arpeggios are appropriately heavenly, and the album’s high point comes when the guitarist unleashes a soaring overdriven slide part that departs from the simplistic D-G-Cadd9 chord progression and ventures high up the neck.

The closing Frou-frou Foxes In Midsummer Fires is one of the most affecting moments in the band’s catalogue. It was written by Raymonde, who turned up at the studio the day after his dad’s funeral and sat at the piano overlooking the Thames in solitude. By the time Guthrie arrived, the song (in D minor) was nearly done. Three snare hits at 1.42 signal its transition from stark, sombre beginnings into an almost euphoric cascade, Guthrie’s shoegaze wash and the mournful howl of an EBow swelling and abating beneath Fraser’s ruminations on the cycle of life.

“We like it better than all our last records,” said Guthrie on Heaven Or Las Vegas’ release on 17 September 1990. “That’s why we continue to make more – because if we made the perfect record we’d sit back and say, ‘We can’t do any better than that’. We think all our other ones are fucking crap.”

Q’s Martin Aston concurred, calling the record “their finest hour”. Colin Larkin ranked Heaven Or Las Vegas at 218 in his All-Time 1000 Albums book, noting “their music has a sustainable beauty free of regard for contemporaries or peers”. The album was the band’s most successful, landing at No.7 in the UK chart, but it was to be their last for 4AD. While they released two more LPs on Fontana, Cocteau Twins finally split in 1997, later calling off a reunion because Fraser couldn’t stand the idea of being on stage with Guthrie.

If it was a final flutter before everything began to fall apart, Heaven Or Las Vegas was an astonishing success, and Robin Guthrie’s playing left behind a smouldering torch that the coming wave of stompbox-hungry sonic sorcerers would pick up and carry forth – many of them on 4AD and Raymonde’s Bella Union label. Heaven Or Las Vegas? The Cocteaus’ sixth album is emphatically the sound of the former.