These four units from Oklahoma stompbox maverick Walrus Audio cover a lot of sonic ground… but Richard Purvis is up to the tusk. 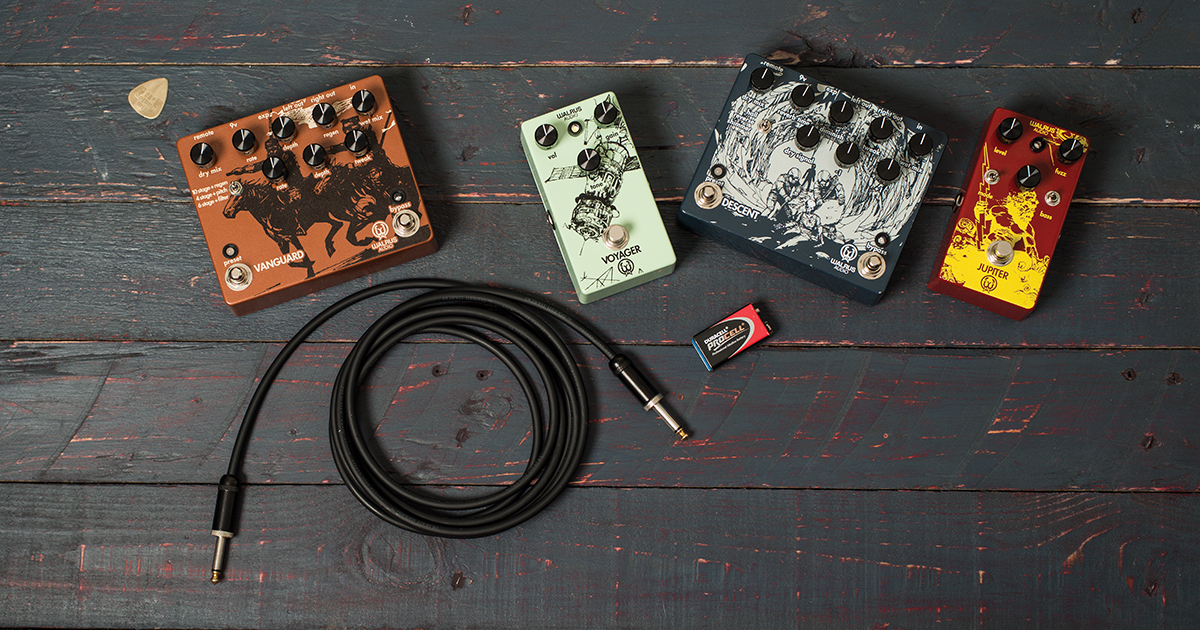 You may remember John Lennon claiming to be a walrus. He wasn’t really, but he’d surely have loved the crazy artwork (not to mention the cute tusky logo) on these US-made pedals. Who else gives you underground skeletons and post-apocalyptic cavalrymen?

It’s what’s inside that we’re most interested in, though – and between a dual phaser, a reverb with octaving, a low-gain overdrive and a versatile fuzz, we’ve a lot to talk about.
The larger units are made for tweakers, with eight knobs each plus three-way mode switching and editable presets; but be warned, the other two aren’t necessarily as simple as they look…

If you think the only thing better than a phaser is two phasers, prepare to be intrigued by the Vanguard. It has two phase circuits running in series, and the separate controls mean you can have them swishing and swooping around each other in strange and unpredictable ways.

The three-way mode switch affects both circuits; this, plus controls for ‘regen’ (feedback intensity) and ‘tweak’ (various functions according to mode), make the Vanguard about the most fine-tunable phaser you can get.

It’s a digital effect, and the sounds do tend towards the metallic and flangey, but it’s easy to find straight modulation effects as well as the trippy layered stuff.

The left footswitch allows you to recall and store presets, and here’s a trick they didn’t put in the manual: hold down the right switch while powering up and it’ll switch from true bypass to buffered… with trails.

It doesn’t sound totally natural, and it may not even be super-useful to have the phasey swirls dying out slowly, but it’s fun to try. 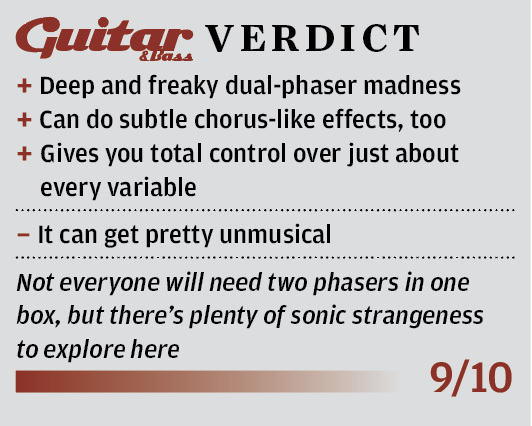 Here’s a dramatically evocative name for what is just a three-knob gritbox. There are no toggle switches or extra modes, just the same basic controls you’ll find on a classic Tube Screamer – and while the Voyager’s enclosure is more mint green than the lurid lime of many TS types, it’s close enough that most people will be expecting one thing: low-gain overdrive with a bit of a midrange hump.

Well, that’s what we get… but there’s more to Walrus’s contribution to the genre than that.
Starting with the gain at zero and the other two dials at noon, we hear a subtle clean boost with no audible colouration. Crank the level and we get enough added kick to really push an amp’s front end, while turning up the tone control turns the Voyager into a thoroughly musical treble booster.

When we get round to dialling in some overdrive, it’s essentially Screamer-like in character, but less transparent – there’s more solidity in the lower-mids to match the snarl being added higher up. 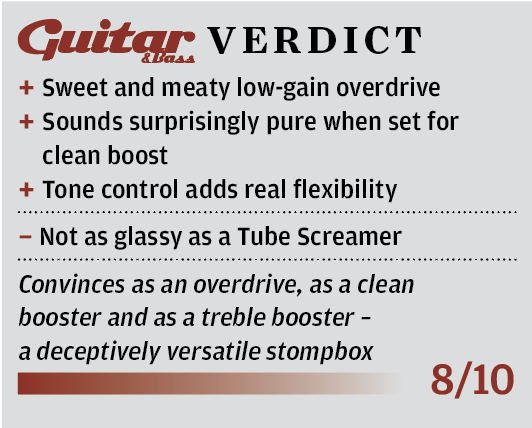 T he illustration on this pedal shows two futuristic potholers discovering a corpse, which is awfully charming but also apt, sort of, because this box is all about otherworldly depth. It’s a reverb with three modes – hall, reverse and shimmer – and the appetising array of controls allows you to create a space as huge as you want.

The diminish and tweak knobs are the real bonus, affecting the pattern of decay in different ways according to the mode. Dial in up/down octaves to taste, and there’s no limit to the eerie cavernous sounds – especially in stereo.

The quality is impressively hi-fi and you can switch between true bypass and trails – a useful feature. The presets are a solid starting point for space explorations, although hall and shimmer are quite similar and we struggled to get anything musical out of the reverse mode.

Maybe something with deeper modulation would have been better – three reverbs isn’t many by today’s standards, so you need to make them all count… 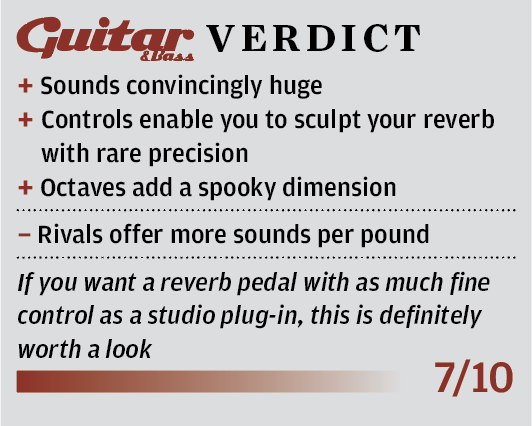 There seems to be a bit of a fuzz revival going on, and the thunderbolt-wielding deity on the front of this unit makes its fierce intentions clear. The controls for level, tone and fuzz need no explanation, but the two little toggle switches do: the one on the right allows you to engage a bass boost, while the one on the left flips between three different clipping diode arrangements – thus Walrus’s description of this pedal as a ‘multi-clip’ fuzz.
The gods are telling us to start with the mode switch to the right, and we’re not complaining because the result is magnificent. It’s fabulously rich and smooth fuzz that places us broadly in Big Muff territory, but with more natural warmth and no worries about controlling ‘nasal’ tendencies.

There’s a surprising leap in output level when you switch to the middle setting; it’s more assertive in the mids but still easy to love. The third mode is somewhere between the two, and the bass switch is a clever idea executed well. 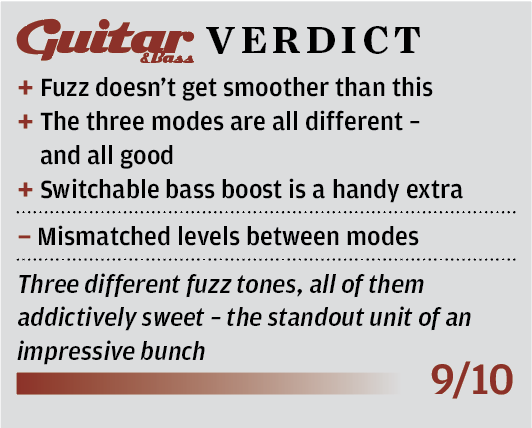