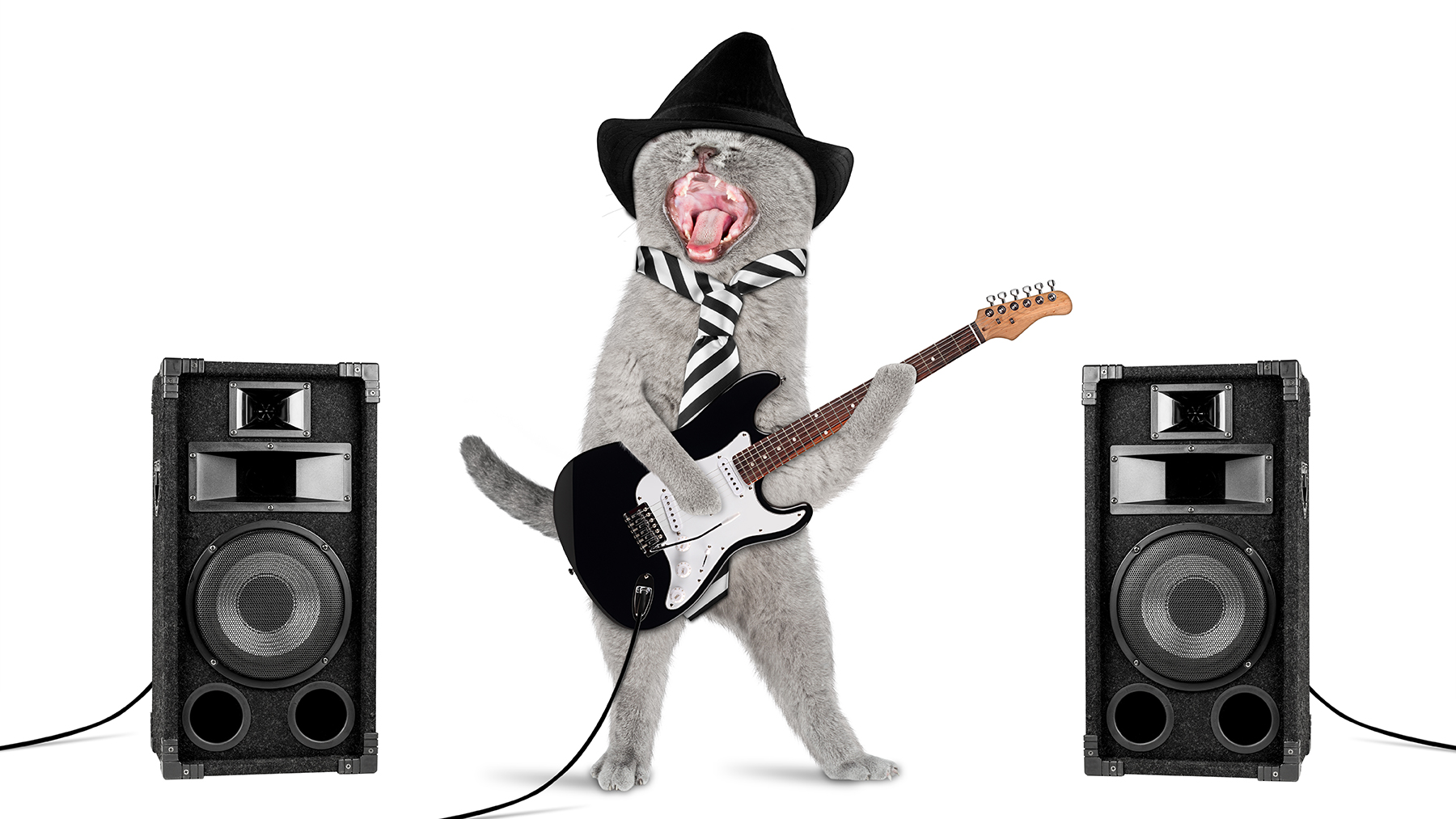 Thought you would’ve seen fewer April Fools’ pranks since the occasion fell on a Sunday this year? Wrong. Brands big and small launched their most outrageous products over the weekend, from a bagpipe emulator to scented guitar picks to a mash-up of DJ software… and a Tesla. Here are nine gear-related April Fools’ pranks in 2018. 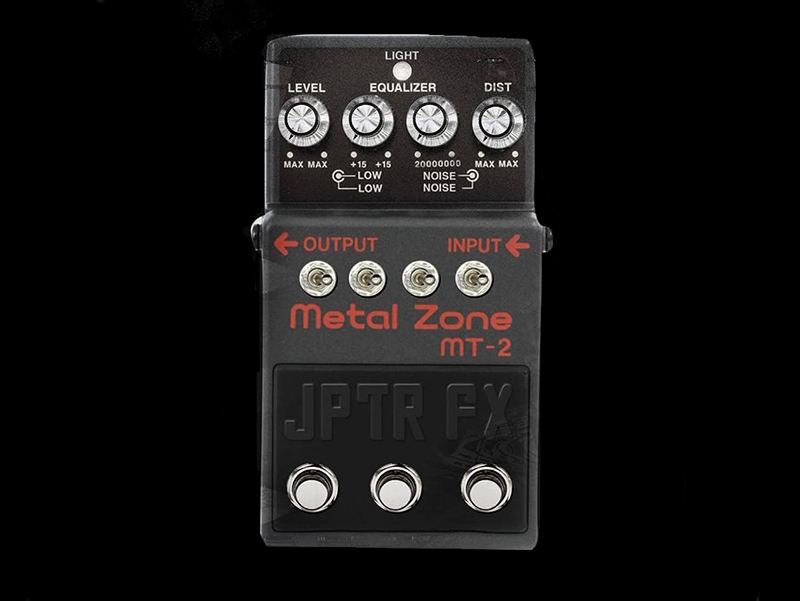 Want a souped-up Metal Zone with three footswitches and four toggles that probably do nothing? How about a “Distortion” knob that goes from MAX all the way up to MAX? JPTR FX’s 3000T will sort you out in a jiffy.

The pedal makers said: “This is our remake of one of the influential pedal classics of metal history.” 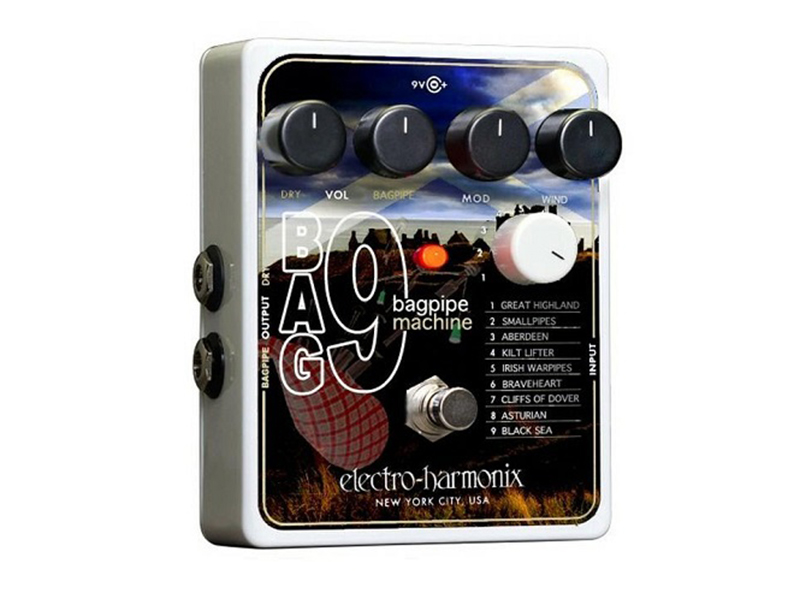 Now you don’t need the real McCoy to annoy the daylights out of your neighbors and family. The BAG9 gives you nine 100% authentic—and probably analog—bagpipe sounds, with modes ranging from Braveheart to the cheeky Kilt Lifter.

Electro-Harmonix said: “Increase your gigs, as the BAG9 will give you access to play funerals, parades, battlefields and any number of drunk bar gigs on St Patrick’s Day.”

It’s exactly the same as the Muffuletta, but four times the size and with eight times the number of outputs. So you can “go big and downsize” and run it through a phalanx of amplifiers, as JHS Pedals demonstrates in the video above.

The brand said: “The JHS BIG series harkens back to the day [when] pedals were big and so was the tone. Bigger IS better.” 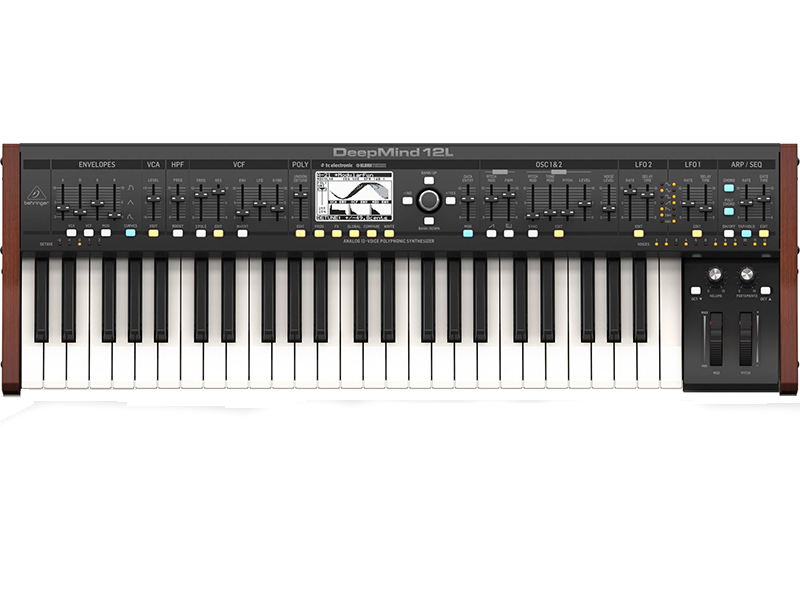 Apparently, lefties the world over have been demanding Behringer to release a left-handed version of its popular DeepMind 12 synth. And so the brand delivered the DeepMind 12L, which is essentially the same thing but flipped horizontally.

Behringer said: “It’s got all the great features you love in the original, but it’s tailor-made for our most righteous left-handed players.” 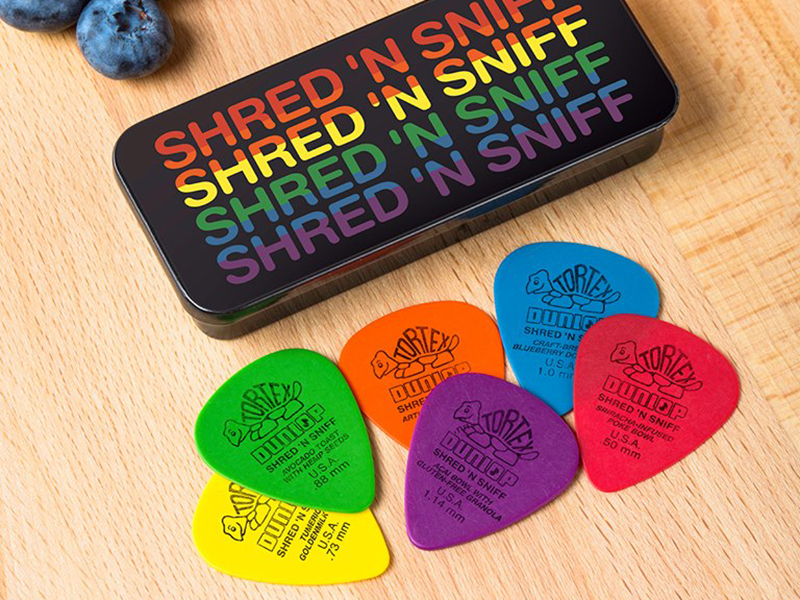 Okay, a part of us really wishes this were true. Jim Dunlop’s Shred ’n Sniff picks have been infused with the aromas of the most hipster-ish dishes out there today. Like Sriracha-infused poke bowl, artisanal tangelo marmalade, craft IPA (blueberry-flavored), and, of course, avocado toast. Struggling musicians won’t have to skip meals ever again.

The company said: “These revolutionary picks combine the memory and durability of Tortex with the aromatic essence of today’s hottest culinary trends—the more furious the shred, the sweeter the smell.” 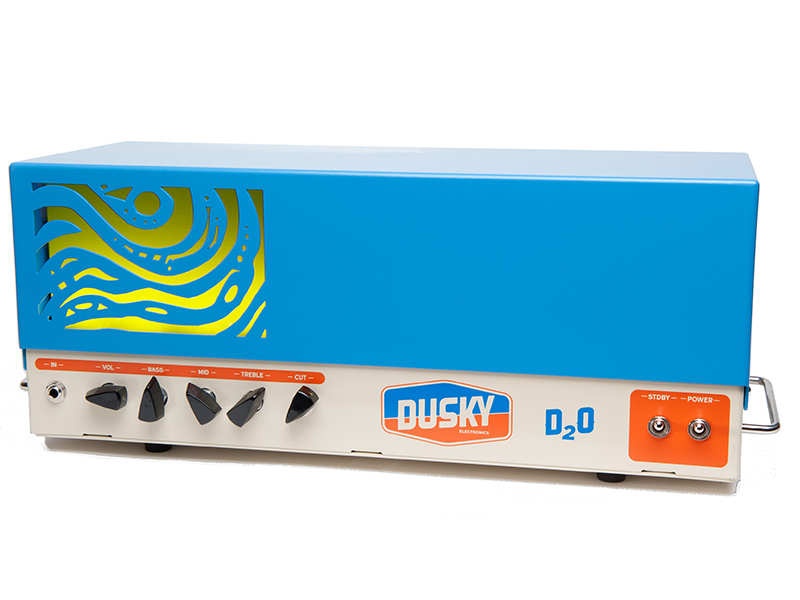 In its next-gen version of its popular D2O amp head, Dusky Electronics has deployed the holy grail of guitar amplification. And it’s called “psychoacoustic cupping,” which basically means that the sound of an amp is directly proportional to the cash you splashed on it. Which, in the case of the D2O Premium, is about $8,000. We can hear the warmth and clarity already.

Dusky said: “We’re sure you’ll find that through the premium experience of paying more, you’ll get an amplifier that is more expressive, detailed, full-bodied and, well, just more pleasurable to play. That’s because the higher price stimulates the dopamine receptors in your brain, making you feel better and more attractive.”

If you can’t decide which pedals to play, try the Goldblum. It’s an “ultra-compact butterfly effect pedal with revolutionary Flutterby algorithm and all-analog butterfly attached” that leaves your tone completely up to chance. We especially love the “ultra-frail butterfly designed for life sipping nectar from flowers” that crowns the stompbox.

TC Electronic said: “[The] revolutionary Flutterby algorithm, based on chaos theory, provides excitingly unpredictable tone. [The pedal] dynamically interacts with reality in any way imaginable for the ultimate tone thrill.”

Most lefties will admit to the struggle of finding the right guitars for them. Thankfully, Reverb.com has their back. The online marketplace launched a left-handed version of its site—everything from the guitars to the logo has been flipped sideways.

Reverb.com said: “We’re proud to announce Left-Handed Reverb, a fresh experience designed exclusively for people who smudge their hand while they write and had to go to three different sports stores as kids to find a mitt for tee-ball.”

We’ve saved the best for last. In case texting while driving isn’t dangerous enough, how about DJ-ing on your commute home? The Tesla x Serato vehicle will let you do just that—and even kick off an impromptu karaoke sesh. Learn how in the video above, which features Elon Musk being hilariously dubbed over by the comedic geniuses at Serato.

The brand said: “There’s really nothing more important than the power of music. No matter your destination, you can flick into auto-pilot and lose yourself in the mix.”