Teaming up with the Slipknot man once again for his debut solo LP, guitarist Martucci discusses the importance of not overworking songs and his penchant for adding country licks to rock songs. 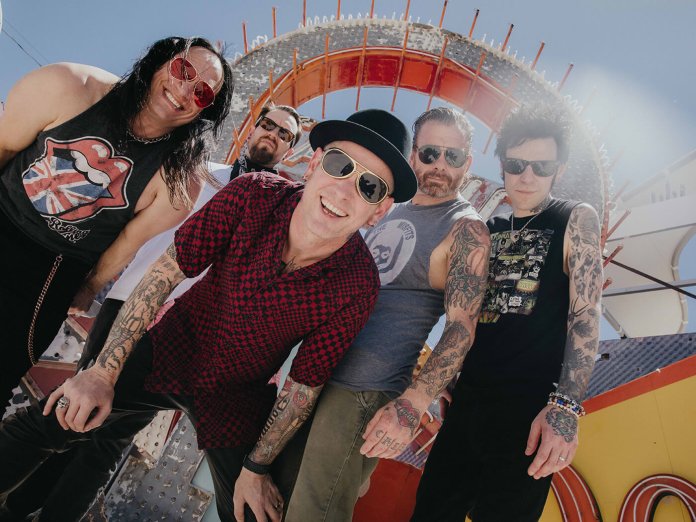 Known for his work with Stone Sour and Black Star Riders, Christian Martucci has long been a mainstay of the rock and metal scene, and now he’s teamed up with his old SS bandmate Corey Taylor’s for the Slipknot man’s Vegas-recorded solo album, which rapidly switches between balls-to-the-wall rock, nu-metal and even hip-hop and country.

Here, Martucci reveals how the LP pulled influences from a plethora of genres and musicians, including Dead Kennedys and Dwight Yoakam, using his JCM800 throughout and why rock n’ roll needs a pulse.

“I approached this one the same way I approach any song with two, or in our case three, guitars. Although I mostly play rock I’m heavily influenced by a ton of country and blues guitarists. When I heard this song for the first time, I was in the middle of binging the early Dwight Yoakam stuff.

“As hard as it might be to hear his influence in this song, the behind-the-nut bend I’m doing over the heavy riff is definitely influenced by those albums. The harmonic thing I do throughout the song is probably a subconscious nod to what I played in the verses on Stone Sour’s Fabuless. The effect I use on most of the song is just a chorus pedal with all the knobs on 10. It creates this really cool haunted house vibe that I absolutely love. Not sure what I was thinking on the solo… It just kind of happened in real-time at rehearsal and I stuck with it.”

“Zach Throne is an amazing guitarist and was able to come right in and harmonise the fast licks with me. The music was recorded live and I gotta hand it to our producer Jay Ruston for having us do it that way. There’s a certain sense of pride listening back knowing that what you’re hearing is real. Rock ‘n’ roll needs a pulse! The guitar I used is one of my custom shop Dean Thoroughbreds with DiMarzio 36th Anniversary PAFs. I ran two amps at the same time, my early 80s JCM800 and an original 1969 Marshall head I bought last year… and a Tube Screamer of course!” 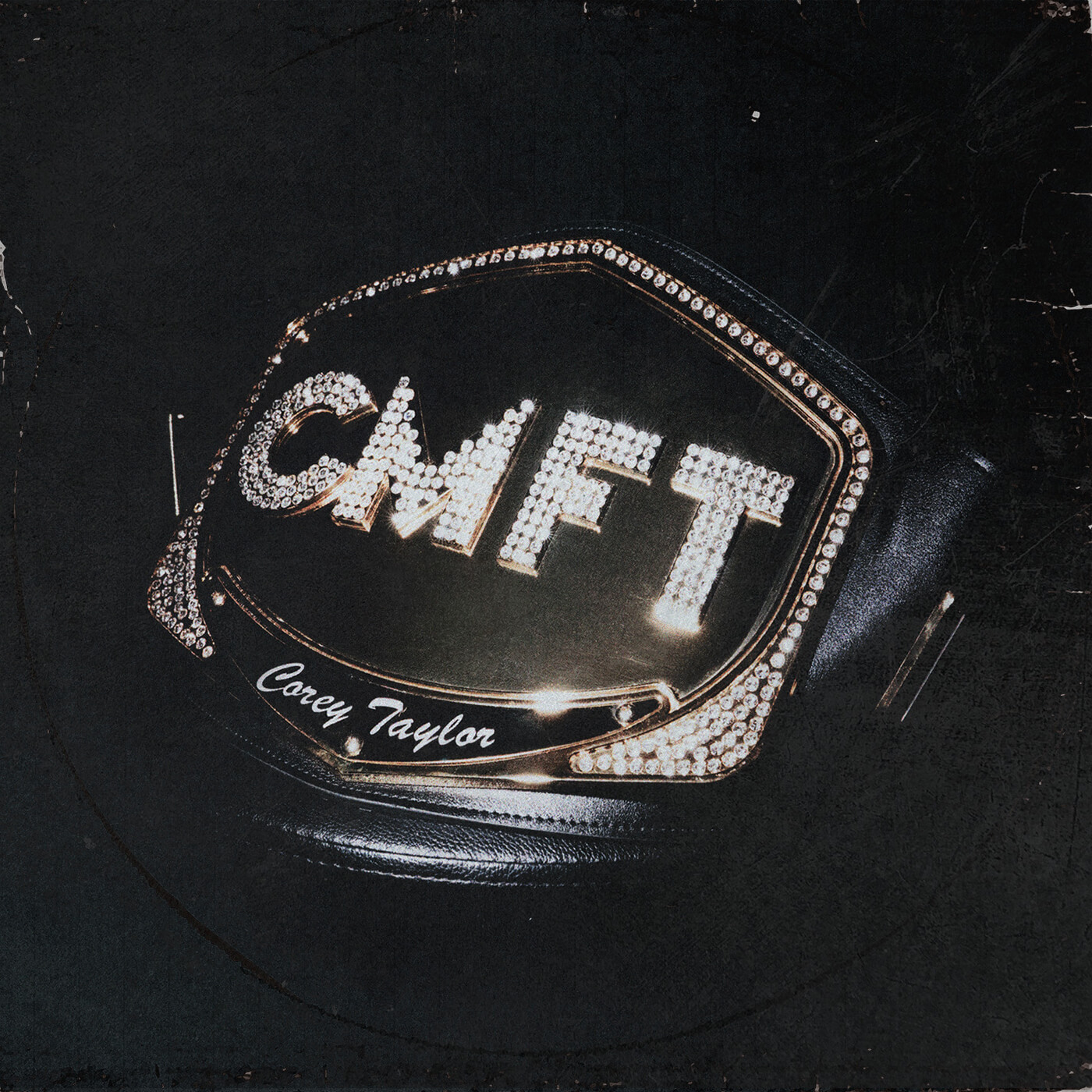 “One of the first bands Corey and I bonded over was The Cramps. I was really excited to hear us doing a punk-influenced rockabilly song but didn’t want to take the most obvious approach. Instead, I opted for a melodic octave line in the chorus and saved some of the rockabilly licks for other parts in the song. Zach went straight badass rockabilly for his solo, so I hit the wah for mine just to have something different.

“I did manage to sneak a few Cliff Gallup licks in the solo, and that weird thing I do that sounds like a siren is a tribute of sorts to East Bay Ray’s solo in Police Truck from the Dead Kennedys.

“If you listen closely to the last chorus, I go into a more traditional rockabilly fingerpicking thing because I love Brian Setzer, and thought it’d be fun to invite him to the party as well! Same gear as the last song. The only difference is I used a Morley Bad Horsie wah for the solo.”

“Corey played me a demo of this song years ago and I always thought it really had something. I was very stoked to hear that we’d finally be recording it for real. I love how the guitars play off of each other throughout. My solo is very Joe Walsh inspired. Any chance I get to throw country rock licks in something always makes me happy.

“I’m glad we recorded the way we did without a bunch of extra time to overthink stuff. It’s great to just be in a room and let your soul take the wheel. That’s what I hear when I listen to this song, five friends in a room just cutting loose and letting the natural chemistry do the heavy lifting. Same amps and guitar as before. I did use the Morley wah here and there when the feeling hit me, but nothing too fancy.

“Later when we were listening back, we thought the chorus might sound cool with an acoustic underneath. Instead of a traditional acoustic, I ended up using a brass Dean Resonator. It added a really interesting texture and worked out great.”

“One of my many favourites! I come in on the first chorus with a clean country bit. Kind of an odd choice for a song with a melancholy vibe, but it just felt right. During the verses, I went for more of a Mike Campbell kind of thing. I love how he instinctively knows what to do to put his stamp on something and not crap all over the vocals.

“Moving on to the solo, it was literally the first thing I played when it was my turn to go. I didn’t think about it at all. When I listen back to it, I hear a lot of Ace Frehley, Joe Walsh, Jimmy Page, and a bit of Randy Rhoades and John Sykes influence. Those guys are all part of my DNA, so why bother fighting it if they want to creep in there? For something that I didn’t put any time into, it ended up being one of my favourite solos I’ve ever recorded.”

“Corey and Zach are both doing different variations of the root chords here, so my natural instinct was to turn on the Electro-Harmonix POG and add something that wasn’t already there. That’s the effect I’m using on the arpeggiated stuff I’m playing in the intro and on the choruses. During the verses, Corey and Zach are doing kind of a Clash thing. For whatever reason, I weave around them with something I came up with while I was jamming along to Bark At The Moon.”

“There’s a really cool chromatic riff that leads up to the solo where I harmonise the lick in thirds, something I started using a lot more while playing with Scott Gorham in Black Star Riders. Most hard rock and metal bands tend to harmonise in fifths, which also works, but there’s something about thirds that is very Thin Lizzy and I love it.

“There really wasn’t a lot of time to mess around with 500 guitar and amp combos. The older I get, the more I see it as an unnecessary waste of time. We set up our gear, tuned up, and hit record. It was simple and the most effective recording process I’ve ever been involved with. At this point in my career, I’m convinced that you can either play a song or you can’t, and no piece of gear is going to save you!”

CMFT is out now on Roadrunner Records.