Duff McKagan loves his Fender bass, and it’s not about corporate endorsement

The GN’R bassist and author on his forthcoming solo album, why Fender basses are the “gold standard” and the newfound appetite he’s discovered on his most recent tour… 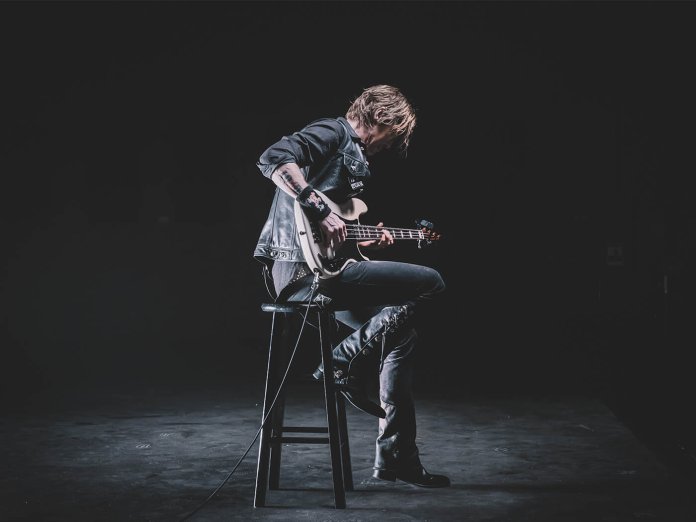 Since he first parted ways with Guns N’ Roses over two decades ago, Duff McKagan has certainly kept himself busy. Since leaving the band in 1997, the bassist and guitarist has been in more bands than you’d care to count – most notably Velvet Revolver, Alice In Chains and Loaded – had a financial-advice column for Playboy and become a best-selling author on the back of his 2015 self-help tome, How To Be A Man (And Other Illusions).

Somehow, he’s also found time to forge a career as a solo artist, with his third album, Tenderness due for release on 31 May – its predecessor, 1999’s Beautiful Disease, never saw the light of day due to a merger between Polygram and Universal.

And then there’s GN’R – after playing a few shows with Axl and co back in 2014, Duff joined Slash in rejoining the band full-time in 2016, setting the stage for the aptly named Not In This Lifetime… Tour, which spanned two-and-a-half years and 159 shows. It was a monster undertaking and one that became a unique source of inspiration for Duff, resulting in his most ambitious solo work yet.

“The last two years on tour were some of the most interesting times, not just for me, but for America and the whole world,” he reflects. “There’s a lot of people screaming and shouting, so I was thinking about a third book as a commentary, but then I wrote It’s Not Too Late and realised I’ve wanted to do a record like this for a while.”

The album’s recurring themes of peace and calmness seem to reflect where his headspace is nowadays, in direct contrast to his unrelenting schedule. He credits this to his time as a columnist, which gave him a broader perspective of the world that usually sails past his tour-bus window. “I used to think, ‘What the fuck am I gonna write about next?’ So I’d say this record is more of an observation, it’s not putting the blame on anyone, but I do realise there’s a great divide that’s not as bad as the media depicts it,” he says.

On his third solo album proper, he chose to work with Shooter Jennings, who, like Duff, wanted the long player “to sound real and approachable in order to sum up the intent of the record”.

Welcome to the rumble

Despite juggling his writing and solo work with the minor issue of reforming the biggest rock band of the 80s for the second-highest grossing tour of all time, Duff has also managed to find space to squeeze in a new collaboration with Fender, which has produced the new Duff McKagan Deluxe Precision Bass.

Based on Duff’s previous signature model, a reissue of his 1986 Jazz Special, his new signature reimagines that guitar’s characteristics while adding more player-friendly features such as “fancy block inlays,” as he puts it, and a Hipshot Bass Xtender tuner on the E string.

The early development of his second signature model, however, stretches right back to the acquisition of his first Jazz Special from a certain music store in Los Angeles… “I bought that first Jazz Special at Guitar Center on Sunset Boulevard. We rehearsed and lived right behind it and I was always that guy that went in but never bought anything. When we got our record advance in GN’R, I went and bought that bass!”

What was unique about said bass was its unusual neck shape, which Duff only discovered due to the success of Guns N’ Roses’ debut album. “On the [Appetite For Destruction] tour, I only used that bass, and when I got a proper bass tech, I got another Jazz Special and the neck was totally different. I spoke to someone at Fender and they invited me in, took the neck off and spun it in some computer graphic thing and it showed up more egg-shaped than a C shape! I got so used to it that they replicated it for me.”

It wasn’t until his time in Velvet Revolver that he developed a penchant for modding his gear, where he used a heavily mutated version of Fender’s Aerodyne Jazz Bass. “We modded the shit out of that bass!” Duff laughs. “There was some space in the body that we filled with foam… McBob [Mike Mayhue, Duff’s bass tech for over 30 years] also tried taking out the toggle switch on my bass once and it sounded totally different, so we just rubber cemented it! You can’t move the toggle switch on any of my basses now.”

During a UK tour with Velvet Revolver, Duff received a Geddy Lee Jazz Bass with the aforementioned Hipshot tuner mod, which he came to fully utilise upon returning to the US with the Seattle-based band The Walking Papers. “When The Walking Papers formed I played on their record, and when we gigged it I had to fill more space, so the hipshot came in really handy for de-tuning. I could play a two-and-a-half hour show and I wouldn’t have to change my bass once. In Guns, I have the luxury of having a backup for every bass, but I’m now super comfortable and I could play a three-hour show with this one bass.”

Duff’s loyalty to his Fender bass is admirable and he affirms it’s not through a corporate endorsement, but the reliable quality of the product. “It’s the gold standard. I’m not trying to be a company guy or anything, that’s just the way it is. I have other basses, sure, but I don’t really know why I’d go anywhere else.”

His humility is obvious, and still he finds it difficult to believe he’s regarded as a true great, let alone worthy of having more than one signature instrument. “I never thought as a kid I’d have a signature anything, the best bass players out there all use Fender. So for me to have two distinct Fender signatures is kinda mind blowing, really!”

But after returning to the band that started it all after being out on his own for so long, with expertise outside of the music business, too, we can’t help but wonder what’s next for the Rock And Roll Hall Of Fame inductee. “There’s stuff in the works in the big camp. It’s been a real honour to play for the GN’R fans that remain. Us getting back together and sorting some shit out really made us at ease again and gave me intellectual capital on this tour. I owe a lot to Slash and Axl for that. It wasn’t stressful at all, it was the opposite.”

Tenderness is out 31 May via Universal Music. To read more on the new Fender Duff McKagan Deluxe Precision Bass, head to fender.com.