Justin Lockey has been playing with Editors for 10 years. He tells us why he’s still stealing from his old mate Flood, how he sculpts his sound, and why he won’t ditch his Fenders.

When Editors frontman Tom Smith croons, “No-one will love you more than I do/I can promise you that,” you want to believe him. Like a swarthy, younger Dave Gahan, Smith blends gothic drama with sweeping New Romantic stylings on Picturesque as if he’s a direct descendant of Depeche Mode.

Twenty years since the Birmingham band formed – and a couple of label and line-up tweaks later – the six-piece now boasts two platinum studio albums, a Mercury Prize nomination, and a steady stream of tours and festival performances. When critics follow Depeche Mode with references like Joy Division and U2, it’s not just mindless reverence but rooted in the evidence. Four years after 2018’s Violence, the band’s seventh album EBM keeps one foot in stadium-ready anthems while also kicking back in time to a 1980s nightclub, enveloping their guitars in the glitzy, gothic synth stylings of The Smiths and New Order.

Editors’ decade-long lead guitarist Justin Lockey is on the line from his South Yorkshire home to discuss his dual roles as lead guitarist and producer, both of which he traces back to a fortuitous 2005 meeting and friendship with the acclaimed producer Flood (Depeche Mode, U2, Nine Inch Nails, Smashing Pumpkins). We’ll get to that.

“We started recording this album through the pandemic remotely,” says Lockey. “Then we went into the studio last year to do it together. Once we finished that, and the mixing was done in the second half of the year, we knew this would be the year we’d be back out.”

It was the first time since Lockey joined the band in 2012 that he’d been out of the album-festivals-touring cycle. It was, equally, a spanner in the works for bandmates Russell Leetch on bass and synths, Ed Lay on drums, Elliott Williams on keys, synths and guitar, and newly added former Fuck Button Benjamin John Power as a composer and producer.
Remote recording was relatively easy for a band already accustomed to living far from one another. Additionally, three of the band members are experienced producers and each member band has their own studio, so the logistics were favourable.

“We all live in opposite ends of the country, so a lot of what we did was throwing ideas around,” Lockey says. “Everyone would work on a chunk, pass it onto the next, then it would go around in circles like that. We got quite far. The new addition to the band, Ben produces, Elliott produces, I produce. So it got to a fully formed place before we even thought about going into an actual studio.”

The album could, theoretically, have been finished remotely, but the vibrancy, the hugeness of feeling and sound that live instruments imbue are irreplaceable – and, as a musician since his school days, there was no question of getting into a studio for Lockey. They chose one in “the middle of nowhere”, Chapel Studio in Lincolnshire, where the pre-Lockey Editors recorded their Mercury-nominated 2005 debut album The Back Room.

“I’m an old-school studio guy,” Lockey says. “My role is usually the recording of live instruments and producing. What we took was an industrial, electronic record that we’d made remotely and then fused it with all the band elements. Having that live human, physical aspect married to it in the studio was interesting because the record could have been finished just by what we’d done in lockdown, so we really went the extra mile to turn it into a band record.”

The pre-studio album was used as a framework for the live composition.

“We record separate tracks. We relish building it block by block, bit by bit, because there’s so many layers coming from so many parts of the band, that we focus on parts at a time. Back in the early days, the way the band sounded, you can do that band-in-a-room thing. When you evolve as a band and your influences and instrumentation changes, your process changes from less of a nervous energy into a more storied, layered process.”

Lockey’s own processes and focus have evolved since he joined the band in 2012, which followed eight years as the guitarist and producer for yourcodenameis:milo, a cult favourite championed by John Peel. Their first album was recorded with grunge maestro and producer extraordinaire Steve Albini, and the second, Ignoto in 2005, with Flood.
The latter’s influence is tangible almost 20 years later in EBM’s immersive, indulgent bath of sound. Smith’s vocals and lyrics, however, remain crystal clear throughout, and the guitar work is beautiful – jangling at times, angular and riveting at others – and, importantly, restrained. 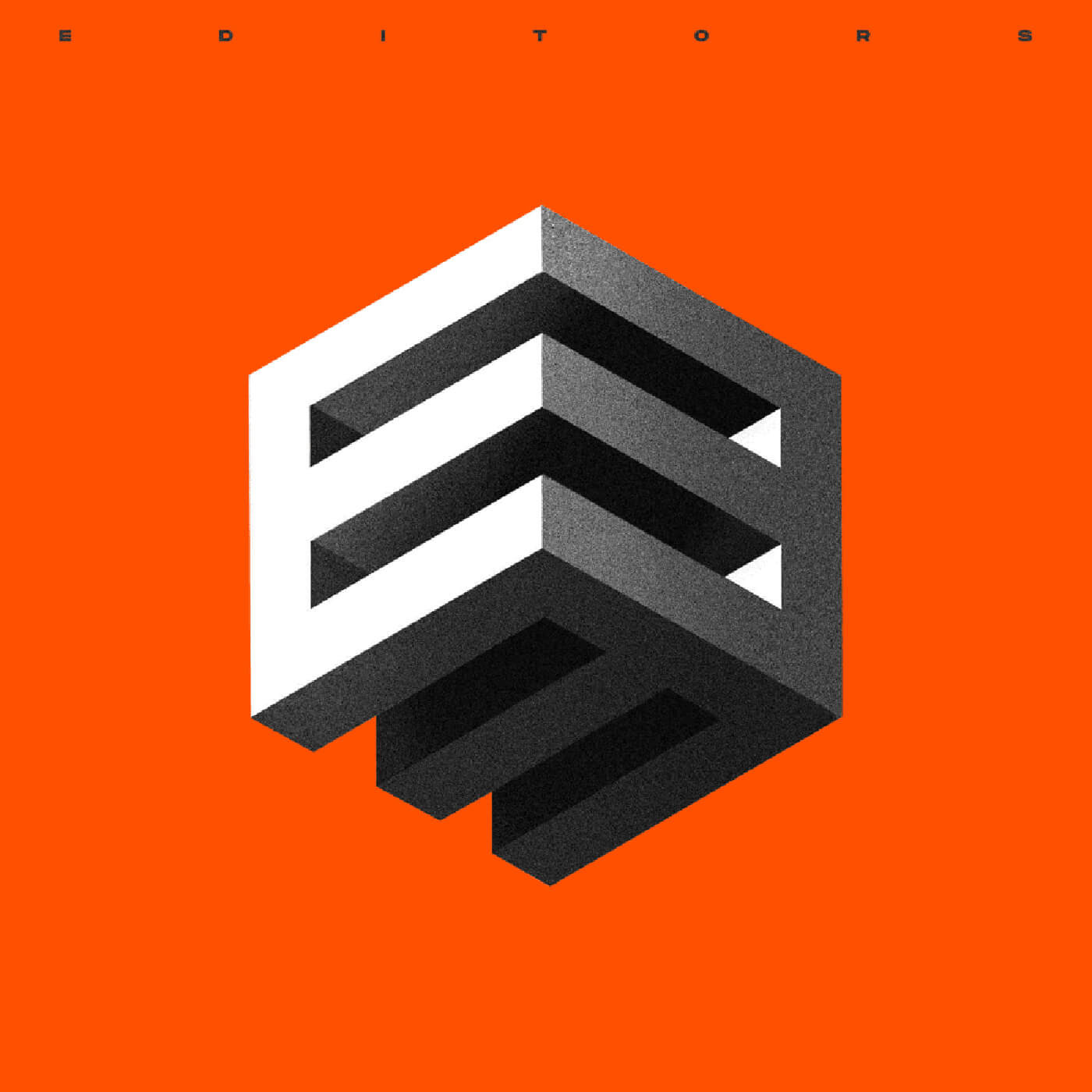 “I’m an anti-guitarist guitarist,” admits Lockey. “Guitar work dips in and out all the way through. My relationship to the guitar is a strange one as a professional because I don’t need to hear the guitar all the time, all the way through songs. The further you get into your career, the more experimentation with other instruments, and the older you get, the guitar doesn’t take a backseat, but you know where to put it better. When you’re a young guy, bouncing off your mates in a room, you just wanna play as loud as possible. In any band’s first two records, it’s just guitar from the first second and they have the last say as well. It’s a constant battle between lead vocals and lead guitar. The older you get, we don’t need to hear that ringing all the way through, we can curate it a bit better. You’re aware that you don’t need obnoxiously loud guitar between every space and between every lyric. The older I get, the less feature guitar there is because the band’s palette changes and my palette changes.”

Ten years is a lifetime in the music industry, and any musician worth their fretboard wants to evolve their skills, perspective and, yes, palette, as they mature. That said, EBM is definitely a rock record, but one that reflects the maturity and evolution of its creators.
“I’ve put a decade of service into this band,” Lockey says. “It’s been brilliant, a great 10 years so far. It’s quite a big band, we do a lot of touring, and we work really hard in the studio.”

While Lockey admits that the pandemic involved a lot of being “sat around in your fucking PJs not doing much,” the forced reprieve was a well-earned rest for the band. When the band did begin to write, record and produce remotely, Lockey’s goal – consciously or not – was to emulate the heart-breaking, spine-tingling “happy sadness” of the post-punk, goth-rock bands still revered far and wide today.

This record, we suggest, reminds us of the goth club dancefloors of the early 2000s: a soundtrack inclusive of New Order, The Smiths and Echo & The Bunnymen.

“I think [with] goth clubs, we’re not that out of place in those kind of environments. In the guitar world, The Smiths, New Order, The Cure, Crime and The City Solution, there’s that brooding, kind of heavy melancholy to music I like, with an emotional depth to it. I don’t get anything out of pop-punk, or really detailed slabs of guitar. I like space and reverence. You get that from those kind of influences, there’s something quite melancholic about it, happy-sad, and it always sounds more memorable to me. A Johnny Marr line, you don’t really forget it. It sticks.”

Achieving his own unforgettable lines didn’t require any extraordinary tools: Lockey isn’t one for new-fangled, hyped-up, glitter-bedecked novelty guitars. He knows what works for him.

“On this album, I mainly used a couple of Strats, and my Telecaster, which has been my main guitar for over a decade. I know how to make it sound how I want it to sound. I also used a Starcaster for the first time, which was really lovely.”

The Starcaster has a uniquely shaped offset semi-hollow body, the model reintroduced in 2013 after more than two decades out of production, having proven unpopular after it was launched in 1976 but later becoming a vintage treasure online.

“I just want to look at that guitar,” Lockey says. “It’s such a beautiful, beautiful guitar. But, I know how to make Fenders sound good. I’ve never been a total, mad knows-everything-about-guitars guy. I know what I like the feel and tone of. I’ve tried out other brands, other things, but it’s always a brief affair before I go back to Fender because they’re solid. I know exactly how I can get millions of sounds out of them, so it’s a really standard setup: Fender amp, Fender guitar, a couple of pedals, nothing crazy.”

In the studio, Lockey has 10 pedals on his live board, with five of them constantly on.
“I like to have it quite wound up and high-gain,” he says. “In the studio, it’s a case of stealing everyone else’s pedals – I’ll just dip into Russell the bass player’s pedalboard, or Elliott the key player’s. I’ll try that on this, try this on that. It’s a Franken-board of random pedals that I’ve swept up around the studio. Every studio has their own broken, busted-up pedal collection that bands have left or that engineers have abandoned. It’s a matter of pulling in whatever’s in the room or anyone else’s pedals just to try it out.”

The distorted, fuzz-fuelled walls of sound on EBM echo classic Flood productions. The effect was achieved, says Lockey, through a “mad combination” of bass pedals and guitar pedals.

“My classic combination for any kind of distorted or fuzz work is the result of having worked with Flood back in the day in one of my early bands. He became a good friend and taught me a lot about recording guitars. I basically nicked the way he recorded the [Smashing] Pumpkins guitars, a mix of fuzz and distortion. It’s classic Big Muff and Wrap, and how to tonally mix those together for your distortion sound. Over the top of that, we used a standard chorus, like a Boss chorus, nothing too boutique, nothing fancy. We were recording through an old mid-1970s board, which coloured the sound a lot as well. I didn’t go out of my way to super-experiment. It was a case of getting good solid sounds. There was so much in that frequency range from keyboards and arpeggiators that we needed something that grounded it in the guitar world. You didn’t need to be [Radiohead’s] Jonny Greenwood playing with 7,000 different effects – just make the one riff that I’m playing sound great.”

While Lockey’s skill for writing and recording riffs has sustained his career, his recruitment to the band came from an outside influence: Flood, who Editors collaborated with on their 2009 album In This Light And On This Evening.

“It was a really interesting about-face in how the band sounded,” says Lockey. “When they parted ways with the guitarist after that record, it was Flood who said, ‘You should give Justin a ring’. The reason I’m in the band is Flood. From a production standpoint, he taught me everything I know really, and all my production tricks. I’ve stolen directly from Flood. He’s my biggest influence in terms of how to make electronic-influenced music have a human, fallible element to it.”

“I’m not a virtuoso guitarist,” he adds. “I don’t want to stand around in a room and wail and take 17 takes to get one technical solo. I can’t think of anything more boring in my life.”

EBM is out on 23 September via PIAS.