“It was like the first time a vegetarian tastes bacon”: Emanuel Casablanca on finding authentic Tele tones with his Mod Shop Strat

The NYC upstart on heeding the advice of Big Ed Sullivan and inviting Eric Gales and Paul Gilbert to collaborate on his debut album.

Blood On My Hands is your debut album, and you say you’ve made a point of exploring an ‘imperfect past’. What do you mean by that and how is it conveyed on the album?

“I have been done and been involved in some things that I am not particularly proud of, and I truly believe that pieces of it are displayed in this record.”

Your guitar playing is already earning praise from across the globe, but where do you draw your influence from?

“I love Robert Cray. I had initially reached out to Susan Cray, regarding having him be featured on the track, Bloodshot Eyes, however they didn’t have interest at the time. I draw inspiration from various guitarists and genres. I was told during my novice years of guitar playing to not just listen to guitarists or musicians, but to listen to sounds and try to imitate it on the guitar. Since then, whenever I hear fireworks, a car horn, etc. I would look and see how I could play that note. I once heard Tom Morello say that he was influenced heavily by hip hop DJ’s and he would try to make his Fender Strat sound like a turntable. I try to use that same methodology, however I try not to think too much when I do it.”

You also worked with Paul Gilbert and Eric Gales amongst others. How did those relationships develop and what was it like working with them?

“Well, given covid all recording was done remotely. However, there was still a process, which consisted of me getting them the files in a timely fashion and them being able to work around their schedules to track them. I actually have known Eric for some years now, since 2014. I met him initially through a friend who was playing guitar for The Rolling Stones’ singer, Bernard Fowler. Eric was also playing for Bernard. We met as Sullivan Hall in NYC, which is no longer there, but ironically I saw him about a week later, as I was going to stand in for a gig playing guitar for Lauryn Hill. Eric was also playing for Lauryn at the time. Since then, we kept a rapport, and I would see him around on the music scene. I had reached out and asked him to jump on Blood on My Hands as I thought the song was good, but didn’t know where else to go with it. The song was initially meant to be an acoustic ballad. It was around 3pm when I spoke to his team about him hopping on the track. I was expecting to get the files in a week or so. I went to bed, woke up around 8:30am the next morning and the files were in my inbox!”

“I met Paul’s manager, Tim Heyne, a few years ago and wasn’t sure if he remembered me or not, but when I recorded In Blood, I thought of no one better to add solos to that track than Paul. I heard his rendition of Muddy Waters some years ago and after tracking this song Paul’s Muddy Waters cover just stood out to me.” 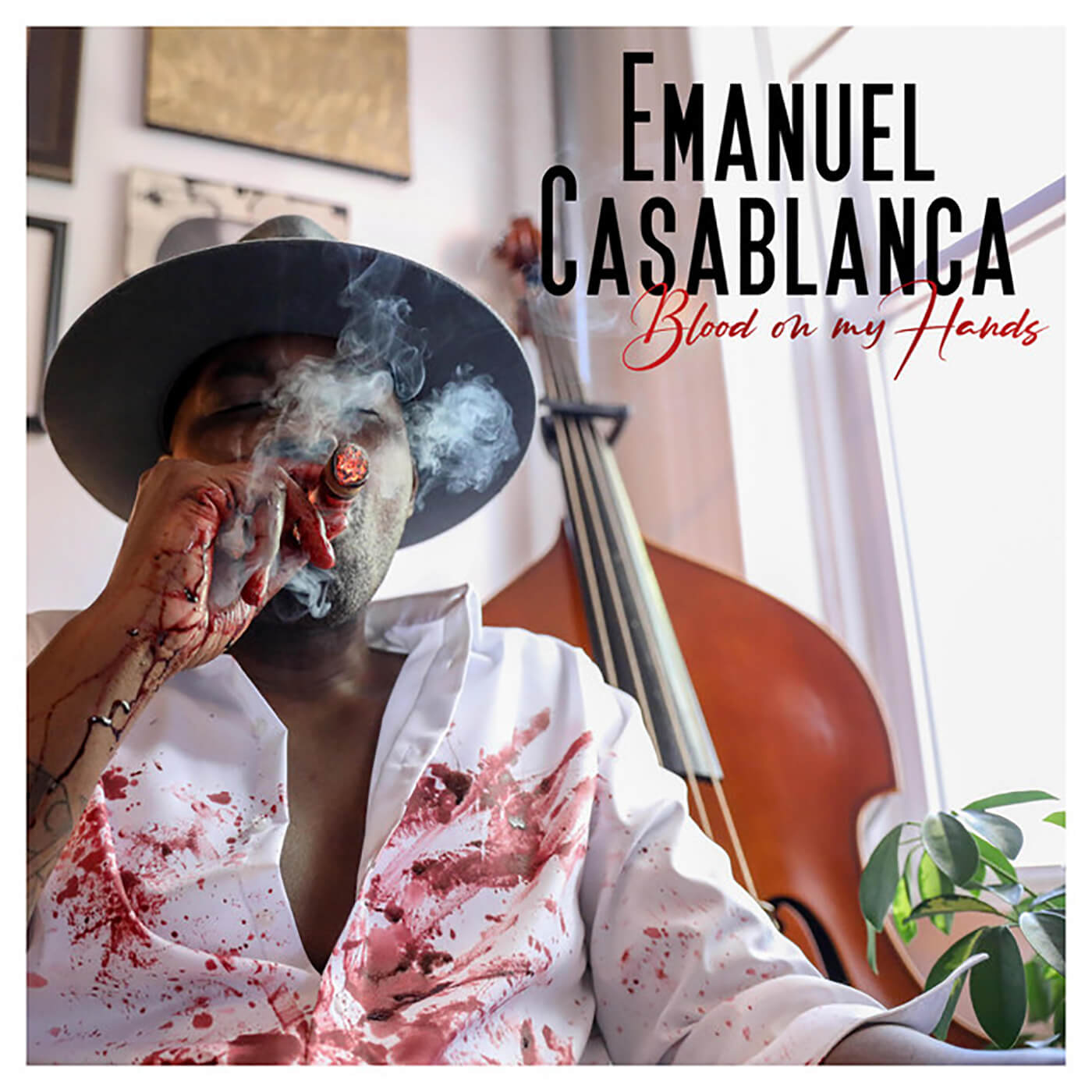 You’re predominantly a Stratocaster player. What is it about the Strat that keeps you coming back for more?

“I have played every Gibson and Fender known to man. I used to be a Gibson artist and primarily played the SG. I remember a buddy of mine had a Fender Telecaster and it was just so easy to play. The functionality felt like that guitar was made for serious guitar players. It wasn’t until a few years ago, an engineer that I worked with showed me how you can get the Telecaster sound on the Strat. It blew my mind! It was like the first time a vegetarian tastes bacon. My entire world of guitar playing opened up and to date, there are so many things I can do on the Strat that I haven’t even realized yet. As Socrates said, ‘A wise man knows he knows nothing,’ e.g. always be a student. I am still learning.”

Can you tell us more about your guitar setup on this album?

“I actually try to keep as simplistic a rig as possible. I get really confused whenever I have more than four pedals on my board. Many years ago, when I bought my first pedal(s) from 30th Street Guitars in Manhattan, NYC, I met a New York City Blues legend, Big Ed Sullivan, he told me that day, get a fuzz, distortion (that you can use as a light over drive if needed) and that is all you need. However I always add compression. I purchased the following pedals from the 3 Series line from JHS Pedals: Distortion, Screamer and the Compression. I used these pedals to record the entire album running through a mic’d Fender Champion 100. I plug up using the Tweed Coil Instrument Cables from Fender and finally, my Stratocaster. I recorded all songs on my Fender Mod Shop Strat. I track everything live, I just feels a bit more authentic for me. I run through the tracks with bass, drums and guitar until I have the finalized bass and drums. Occasionally I will have the final rhythm guitar, but I make a note to go back and always spend another day working on guitar. Some songs were layered with D-Series Martin Acoustic with very low action.”

You also met with Ronnie Wood at his Soho art studio early in your career. What impact did that have on you and your approach to music?

“As minute a moment as that was, it was Ronnie that invited me to the Bernard Fowler show that I mentioned earlier. It was at that show that I met Eric Gales, who I would later work with. I also met Doug Wimbish of Living Colour at that show and ended up recording a track with him at his home in Connecticut. I met many other people at that show that night, some of which I have kept in contact with, but that meeting at the Ronnie Wood Art Gallery that afternoon was a very defining and pivotal moment. Again, it was trivial, because, although I never worked with Ronnie or the Stones (not even sure if he would remember that afternoon at his gallery), me going to that art gallery on my lunch break that day was the moment that led me to where I am now.”

Elsewhere you’ve developed your fanbase across both New York and Germany. What can you tell about the way that’s influenced you and your growth?

“Since that In Blood music video release and the release of the single, it seems that I am constantly growing that fanbase. I am receiving emails and notes from across the globe of people asking me when I am going to be playing in their city. Sometimes it feels surreal, but other times, I am so busy working on music and things surrounding my music career, I actually don’t get time to sit back and internalize this is happening now. I know that when I do get the time to sit back and reflect, I will be seeing this all as a humbling experience, and a very strict development in both my career and character.”

What are your hopes for this release and what follows?

“I want to go with the moon with my music career. I want the recognition and acknowledgment of my musicianship and songwriting. I want to win Blues Music Awards, Grammy’s and so much more. I want to expound in the realms of New Media, TV, Ads and everything digital. I believe that the genre of blues is going to make a resurgence in popular culture soon. As the demographic of blues musicians and blues guitar players are getting younger and younger, I want to play a role in the longevity of the genre.”

Emanuel Casablanca’s debut album, Blood On My Hands, is out August 19.