The ex-Megadeth axeman breaks down his latest live album. 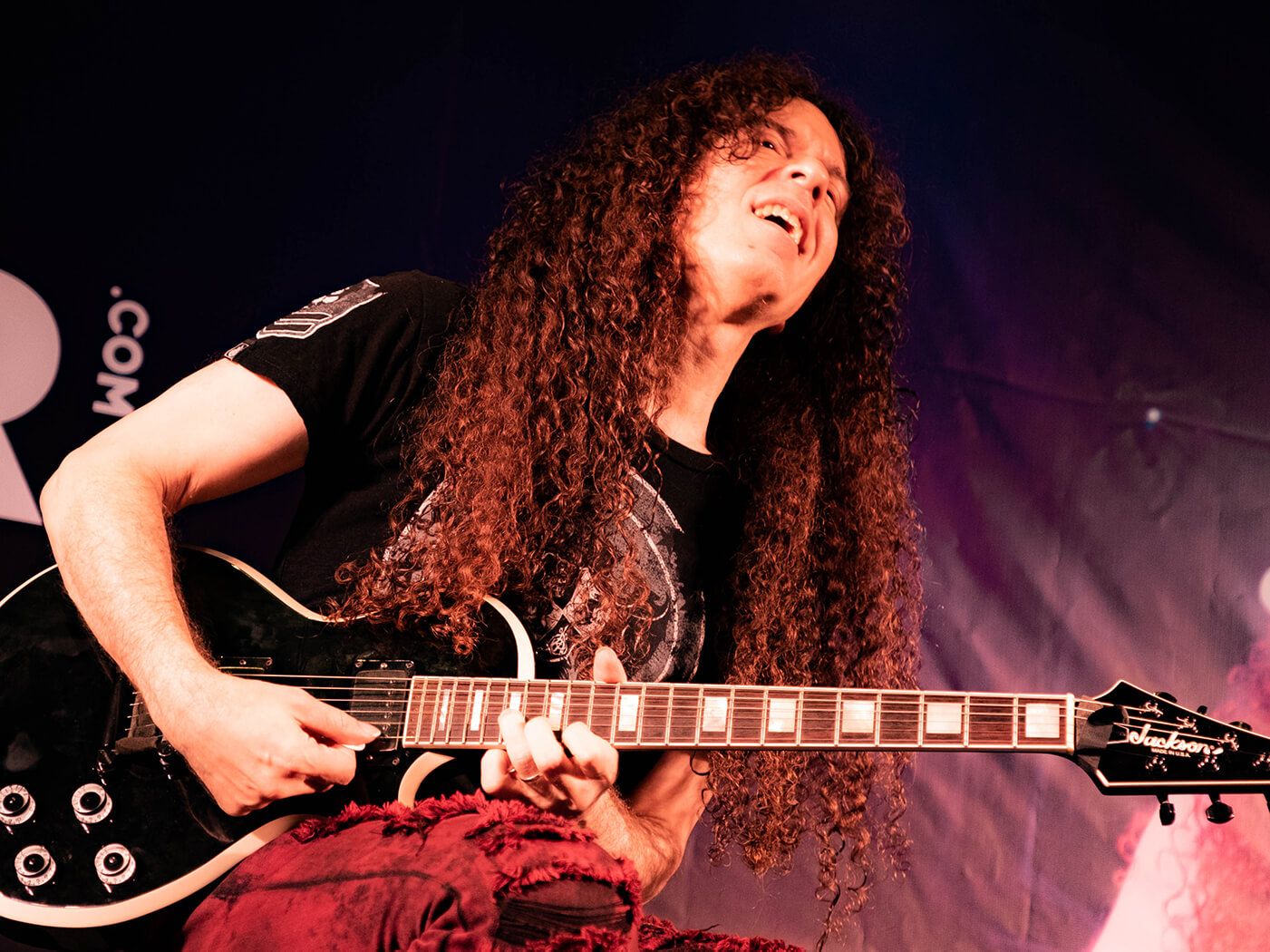 When you look at what Marty Friedman has achieved over the years, you begin to realise that even a mantle like ‘guitar hero’ is inadequate. Over the span of his almost-40-year career, Friedman has sold millions of albums, made over 700 Japanese TV appearances and inspired countless of up-and-coming musicians. And he is nowhere near ready to hang up the axe.

Why would he? After all, his latest live record One Bad M.F. Live!! is proof that Friedman and his current band are as tight as they have ever been. Recorded at Mexico City’s Centro Cultural on his recent tour, the album is truly a showcase on rocking out. It features some of the legend’s favourite hits, but most importantly, it shows he’s still ‘One Bad M.F.’ on stage.

We were thrilled to have Friedman lead our very first international masterclass in Singapore last month, so we took the opportunity to pick his brain about the live album and his band’s unique chemistry.

The album opens with Street Demon, which was off your Loudspeaker record. What was the tone you were hoping to set for the rest of the record?

I think Loudspeaker was the first album where I was finally 100 per cent in the zone of making a record. It’s the first one that I was 100 per cent happy with because it took a year and a half to make and I knew I wanted to put out an album that represented me at the top of my game. That was my sixth album and I’d done five before it: two of them were kind of new-agey albums, the first one was really ‘Guitar Olympics’, and then the fourth was kind of a little sell-out [laughs].

I was really happy with [Music for Speeding] as it set me up to do Loudspeaker, which at that time was very ambitious.

I didn’t know I had to work that hard to make a good album. With all the albums before, I thought, “Well I’m a good guitar player so I can just make what I feel like making”. I didn’t spend as much energy on arrangements and construction as I did around Music for Speeding and Loudspeaker. I learnt that if you want to make songs that last and still feel good after months or years, it takes a lot of listening, regretting mistakes and fixing things. So that was pretty close to the first time I did that, and Street Demon was the first song I knew that I wanted to be very aggressive about.

Many fans refer to this song as a great example of ‘East meets West’. Was it difficult blending that with the thrash metal sound?

It’s not difficult. It’s pretty much the sum total of my experience. I’ve done a lot of music that fits into trash metal, heavy metal, and hard rock. Having lived in Tokyo for 15 years, I’m very deeply immersed in Japanese society and music, so all of those things just naturally blend together. It would actually be more difficult to do a thrash metal-focused record.

After that, the album moves into Elixir. I understand that recording this song on the original was quite a pain because you kept getting new ideas and wanted to go back and re-record. Can you tell us a bit more about that?

Well, that again was also on Loudspeaker, which was a very ambitious endeavour. I lived with the demos for a long time, and if I got bored with them, then I knew they weren’t good enough.

When you make a demo you’re usually psyched and want to put it on the record even though you can’t quite get it down. After the thing’s been out for a year, you realise, “Ah, it’s not as good as I thought”.

On Loudspeaker, I took my sweet time, and Elixir has some interesting tempo changes in it. When you’re always at the same tempo and you’re playing straight, fast and heavy the whole time, there’s not a lot of contrast.

One of the constants in my music is contrast, because it just gives you a little break and surprises you with what comes next. So, those little surprises come in handy – especially when you do music without lyrics. You need other weapons to rely on.

How do you decide when enough revisions have been made?

When it feels good, and I like it. When no part of the song is boring to me.

Let’s talk Self Pollution. This one goes from blitzing to a soft melody that goes on for quite a while – almost like a story within a story. Can you tell us a bit more about the composition?

On most of my albums, there’s one song that’s a beast. On the Inferno album, it was the title song. On my first record, there was Forbidden City. There’s one song that I know is going to be the most challenging, not only for myself, but for the musicians, engineers, and whoever’s mixing it as well.

Self Pollution was the beast of Wall of Sound. Usually, my contrasts are really sharp, but on that song, while it drops off sharp, it takes you all the way back up very slowly. There’s no more sharpness anymore, it’s a very gradual thing. It’s really quite difficult to build anxiety, pressure and power in a song, so it took a lot of tooling around with.

Is there a story behind the title of the song, Self Pollution?

One Bad M.F. Live!! is a great example of how tight the band is. Can you share a little bit more about the chemistry between you guys?

This is the longest I’ve had the same band together, and we’ve become a family. All of my bands have been really good. Great musicians. It just turns out this band have got chemistry, and you can’t really put a finger on it.

It’s a unique dynamic because it’s three of us from Japan and one from America. And as you know, when cultures mix, things can happen.

We’re sweating on stage every night, having fun and making music. Everybody is just on fire when we play. There’s no politics in the band at all. There’s no cliques or separate nooks – something that’s kind of rare in the world of music. We just really enjoy each other’s company.

You’ve mentioned before that One Bad M.F. Live!! is a tribute to the live albums you loved as a kid. Could you give us a couple of examples that demonstrate bands at their best?

Well, there’s Kiss and the Ramones – those are the two biggest ones for me. And then there’s Mahogany Rush, Scorpions, UFO, Blue Öyster Cult, Foghat, and Lynyrd Skynyrd. Back in those days, live albums didn’t have a boring moment – even the drum solos were really good.

Do you think live albums still hold up today?

It does for me. I think it’s an old-school concept, really. People tell me that nobody buys live albums or promotes them, and that it’s only for the hardcore fans. I did [One Bad M.F. Live!!] because I thought it was something that needed to be done. I wanted to document this band.

Listen to the full record here: