The JHS Pedals founder explains how Pedals: The Musical was a labour of love, why this is just the start for his guitar-related productions, and just how they turned actors into singing, dancing stompboxes… 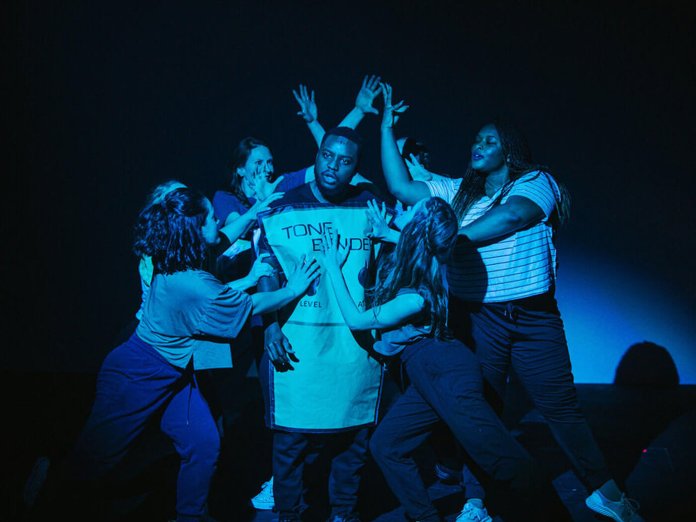 As his new column on Guitar.com attests, JHS main man Josh Scott is fascinated by the history and evolution of effects pedals, so it was only a little bit of a surprise when he revealed that he’d turned the early history of effects into an all-singing, all-dancing, musical comedy production: Pedals: The Musical.

With the debut performance going down a storm on YouTube and elsewhere, we caught up with Josh to find out where the idea came from, the practicalities of trying to turn people into singing pedals, and what his plans are for the future…

So how did you decide to do a musical about effects pedals?

“I was in the kitchen with my daughter Emma, and we were goofing around, and basically the concept was, ‘Hey, wouldn’t it be cool if we wrote some songs where pedals sing their history?’ My wife Alice heard that. She’s a writer/director/theatre producer. She’s done that for decades. She said, ‘Oh my God, this is hilarious. We have to do it’.” 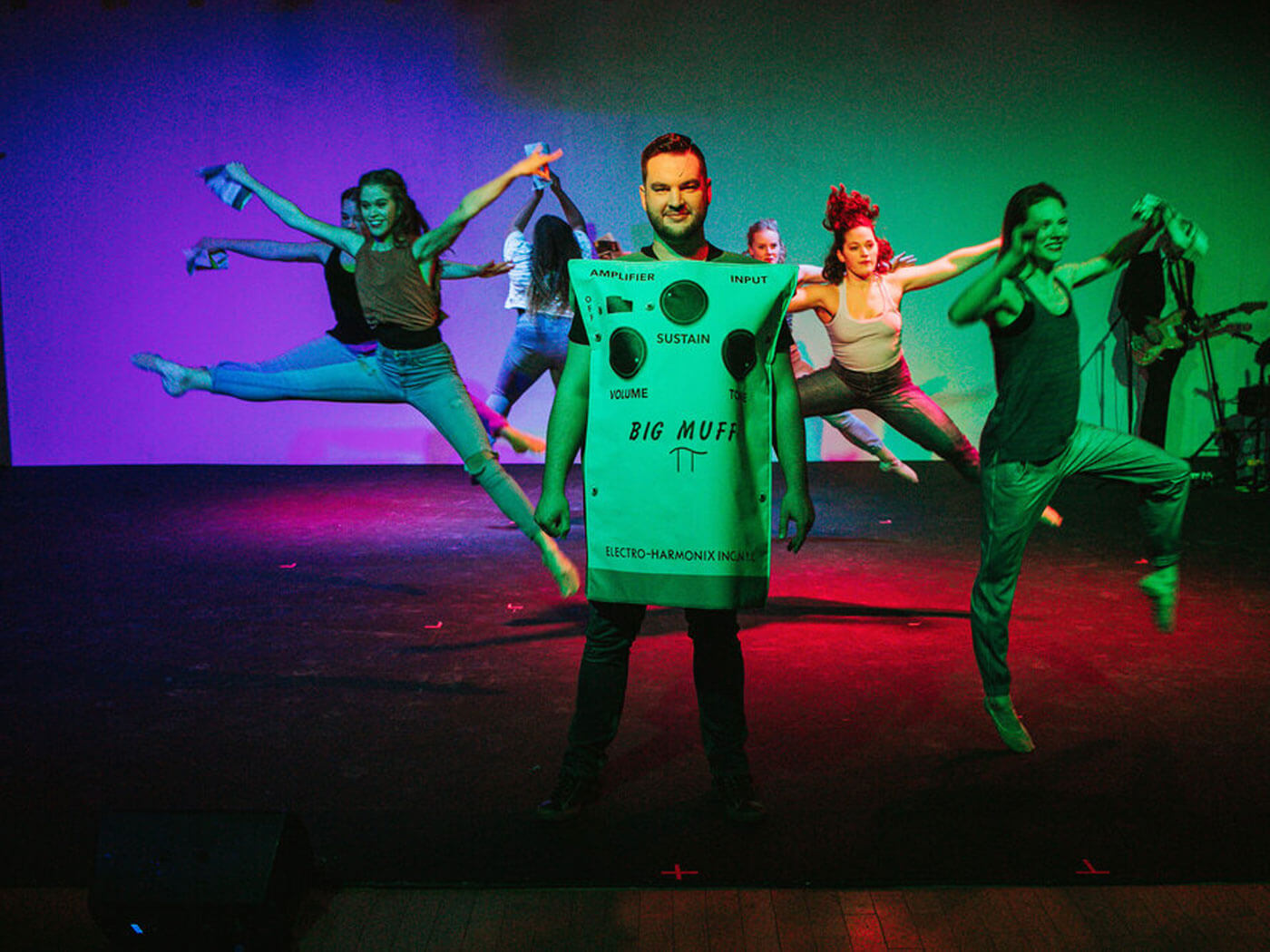 Was it a long process to get it made?

“Not really. It actually only took eight weeks – from that morning with Emma, Alice, and me goofing around to the first live performance on 14 March 2021 – to get this off the ground. That said, it was a completely bonkers eight weeks.”

Was it hard to convince people that this wasn’t a joke and was a real thing that you were taking seriously?

“Like many of my ideas, it’s hard to explain them because people have never seen them. There was a lot of blind trust that went into this from Rhett Shull, who became the musical director, the composer Judah Earl, and even JHS staff just trusting that it would be funny and work. It was absolutely a labour of love. It’s impossible to explain something that you can only see in your own head. And when it was done it was pretty much what I’d seen in my head. Of course, imagining people singing and dancing in a pedal costume is much different than actually seeing it, but I’ll say the final product was pretty close to what I pictured.”

How long did it take you to pull everything together?

“I developed the characters on a Sunday night, right after we had the idea. That same night, we reached out to the composer Judah Earl and the choreographer Nick Perry, who Alice had worked with in the past. The script was written within a week, and the songs were composed within two weeks, so we did it really fast. There were a lot of late nights, and several days where I worked on it until 3am. Actors and dancers rehearsed virtually/remotely. We created a group on an app called The Jump, and used it as a platform to drop videos about choreography, songs, etc, so that when we got together for live rehearsals they were pretty prepared.

“Alice directed/coached the actors over video calls in the weeks leading up the performance. The dancers had a handful of live rehearsals in that time (and if you’ve seen the show, you know why: they’re in every single scene), but we only had four days of in-person rehearsals with the actors before our first live show.”

One of the things that everyone’s been talking about is the costumes. How and where did you get these made, and can we get one for Halloween this year?

“I picked out the pedals based on the characters I’d developed, had photos of the actual pedals, and then Katy Keane (the JHS brand manager) turned those into graphic illustrations. She had to trace them all out. It was a pretty grueling process. Then those illustrations went to two local costume designers – Todd and Phillip Hoover-Holthus – who created one of each costume (with two separate costumes for the Maestro Fuzz Tone, because I wanted to reference his “new look” in the finale – I’m a huge nerd). We don’t have a line of Halloween costumes ready quite yet, but anything’s possible!”

It’s a fun time, of course, but there’s obviously a serious message there – you’re obviously hugely passionate about sharing the history of effects. Why is it so important to you?

“It’s important to me because guitar becomes very boring when it’s only about how things sound. I say that because there’s so many great products on the market, and honestly everything sounds pretty good. It’s hard to find bad products. More important than that are the stories and history behind the gear that we play. In a lot of ways, it’s a stance against what I would call ‘forum culture’, which is a lot of people arguing about things that don’t matter. 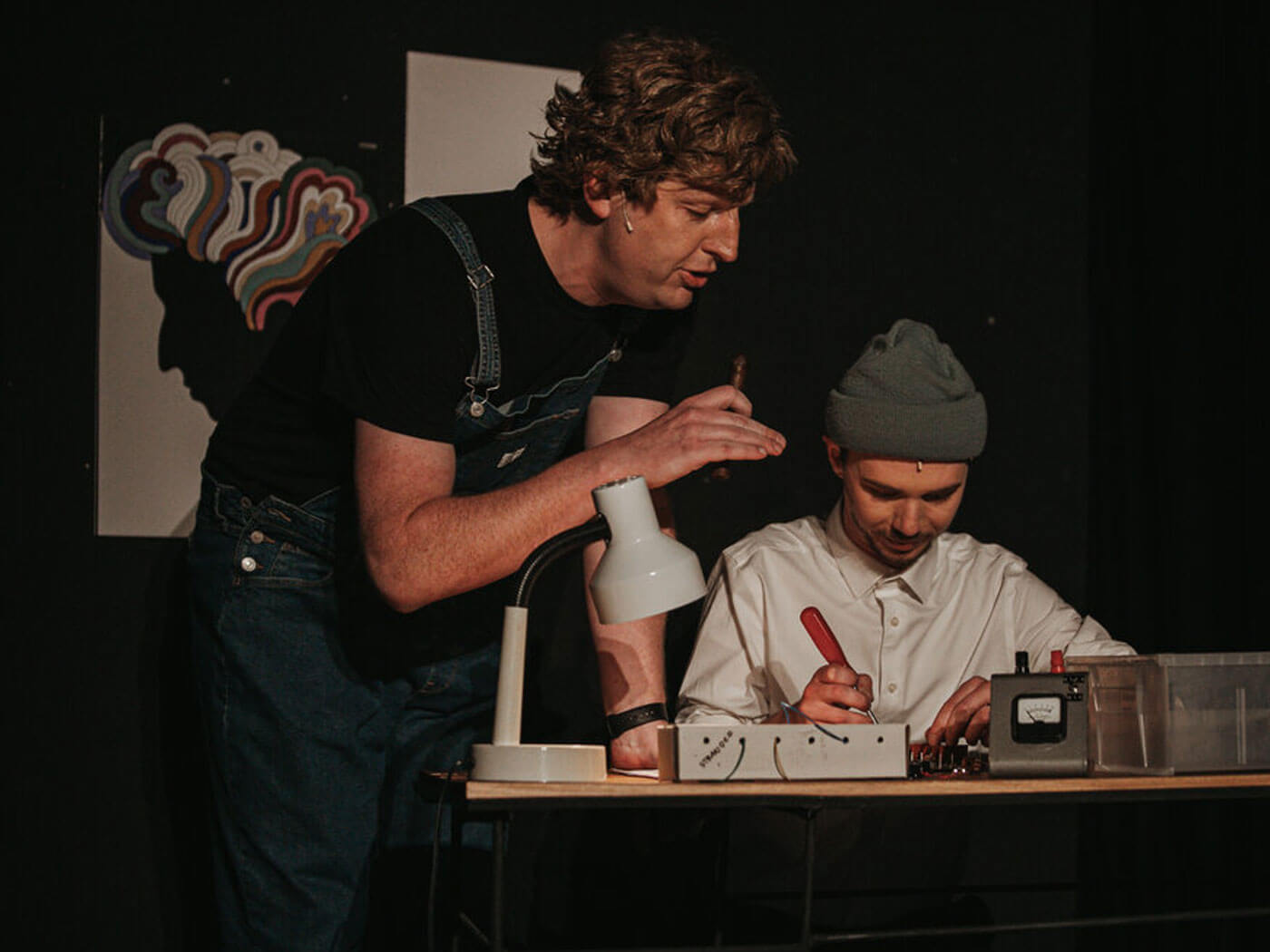 “So, sharing these stories about history helps us understand what really matters and it gives honor to inventors. It helps us see the narrative behind the sounds we love, and it also simplifies what we’re looking for. When you learn that so many things are interconnected and extremely similar, it becomes less about some secret circuit or impossible sound. People can find what they’re looking for, because knowing the history helps you understand the circuits and the story.”

Over 100,000 people have watched the musical now, that’s a pretty amazing response – do you think there’s a growing appetite for learning about the history of effects among guitarists?

“It’s pretty wild. The total number of views over all the video content is about 350,000 views. That’s really amazing. I think there’s a huge appetite for something different. I do think the musical, when we do the 70s and 80s, will have a growing response. I went into it knowing that there are a lot of bros in their parents’ basements who refuse to watch a musical, but I’ll get them later. I think people are tired of gear demos, so this is just another vehicle for teaching and helping people understand the stories and the narratives.”

So there has been a pretty big response.

“One of the amazing things that’s more important to me was that we gathered local cast and crew from the Kansas City community. And when you think about 100,000 people watching your musical, it’s almost comical. Our biggest theatre venue in Kansas City is called the Starlight, and it seats 9,000 people. So essentially we packed out the Starlight Theatre ten times with a musical about guitar pedals. This is the biggest stage that any of this cast or crew has been a part of. The audience equivalent of ten packed outdoor theatre venues is insane.”

Finally, what are your plans for the future of Pedals: The Musical?

“Yeah, we want to do the 70s, the 80s, the 90s, the 2000s, the 2010s… We want to do a prequel about the invention of the electric guitar from roughly 1931 through 1960. We want to do some straight plays – meaning just acting, no singing – about the lives of inventors like Les Paul, Leo Fender, George Beauchamp. All these people that have amazing narratives and stories, I could see us doing this for a long time; I’m pretty committed to it because I think it’s a fantastic avenue for teaching. 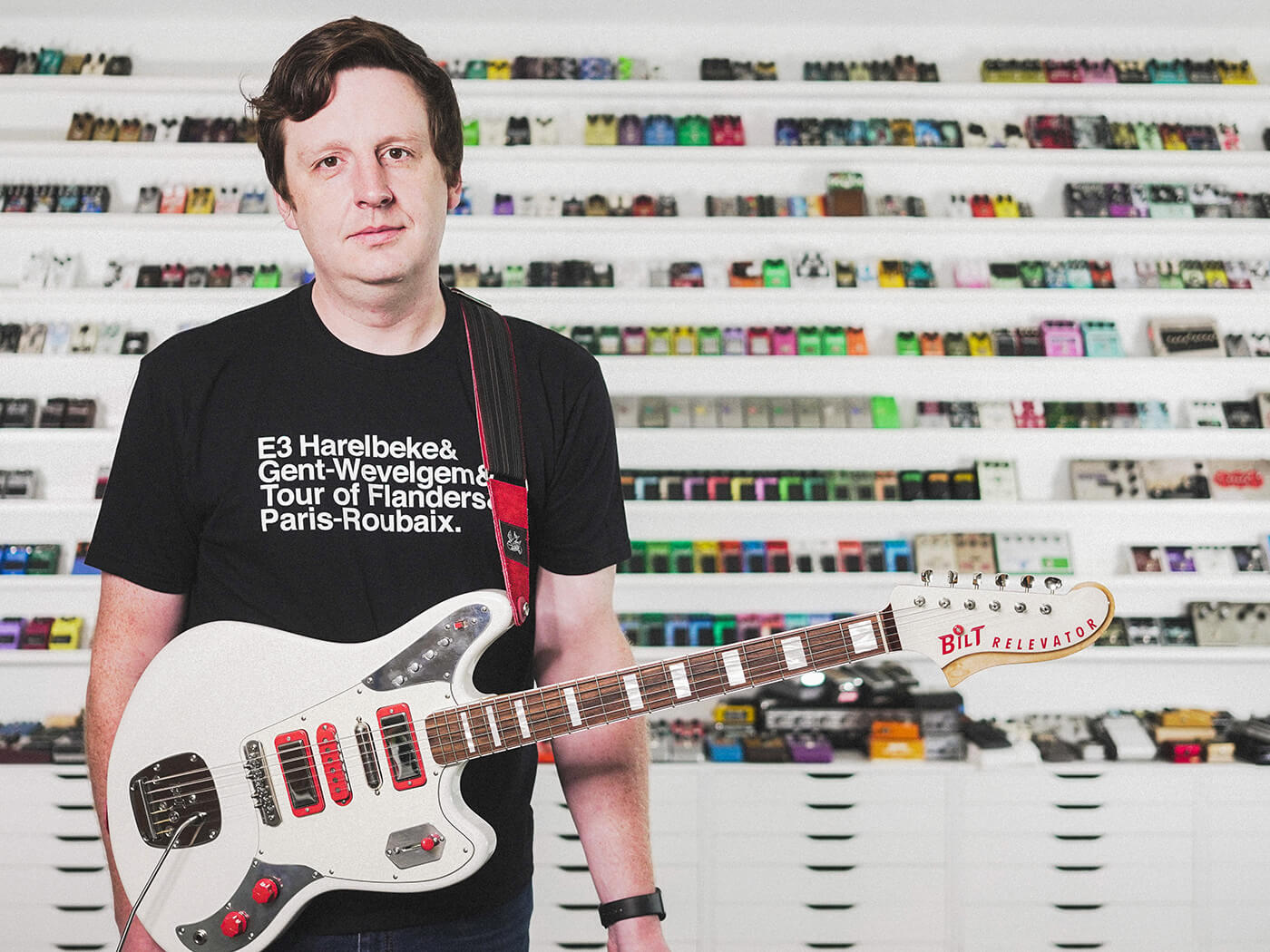 “A tour would be really fun. I’ve actually had a few people reach out about that already. I could see us combining the 60s and 70s into a production that we do in four major cities. I could see some other projects that may already be in the works, but I’m not at liberty to discuss quite yet.”

Check out Pedals: The Musical at pedalsthemusical.com.

The wild story behind the Stars & Stripes Strat