Kidsmoke’s Sophie Ballamy on her love of TC Electronic pedals, Robert Smith, and supporting The Joy Formidable with a broken amplifier

With their songs appearing on Black Mirror and Made In Chelsea before their debut album was even released, Kidsmoke are proving that there’s plenty of life in guitar music yet. 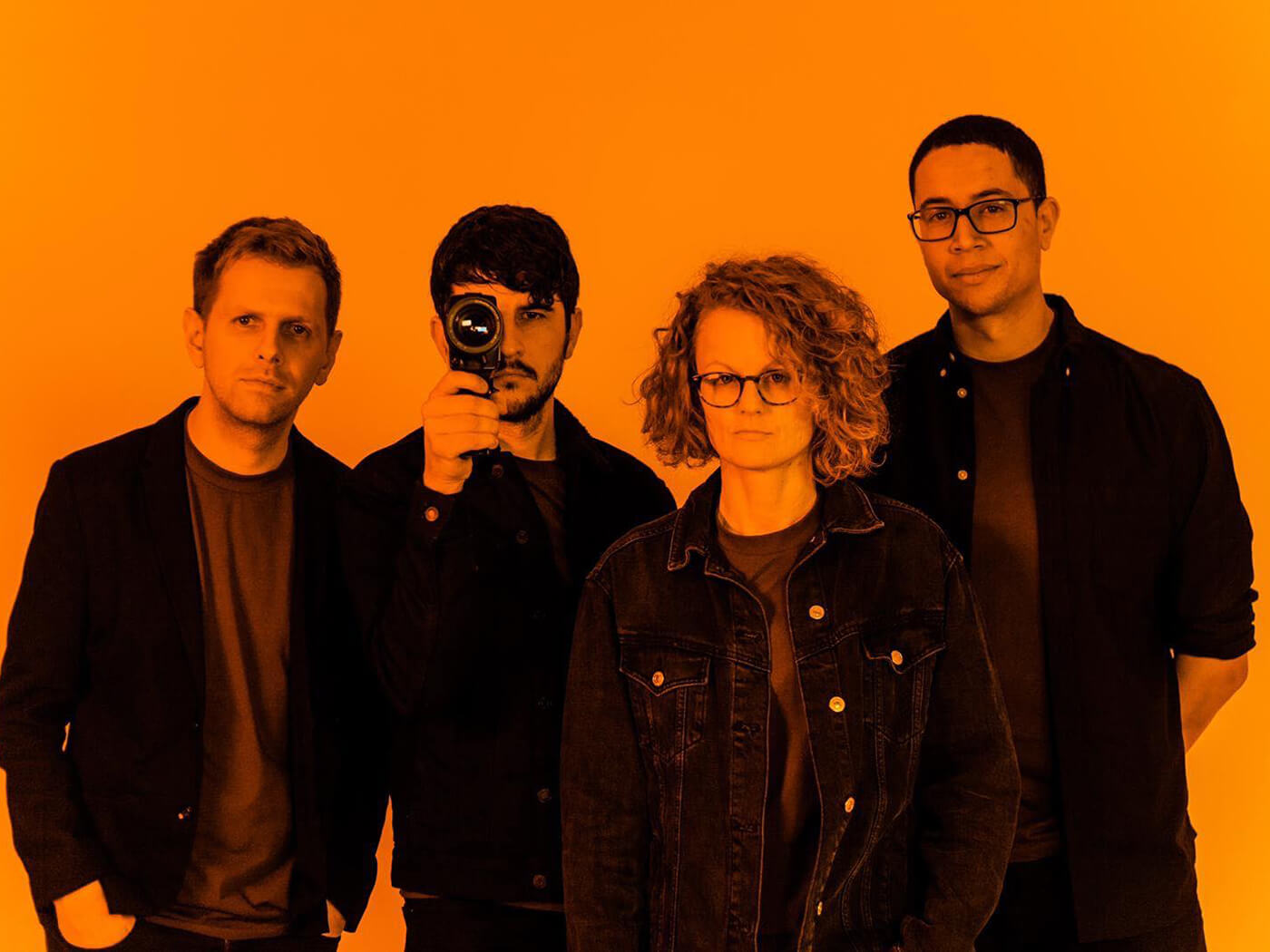 Echoing the sounds and mood of both The War On Drugs and The Cure in equal measure, the North Walian five-piece have stumbled upon a brand of glistening guitar-pop and heartlands rock that is packed to the rafters with shimmering arpeggiated guitar melodies and lustrous, beautifully crafted rhythms and vocal hooks. By way of a bright blue beginner’s guitar and feeling like Harry Potter at the wand shop, Sophie Ballamy tells us how it all began, one huge Netflix sync at a time…

“When I was about 13 a few of my friends at school were learning guitar and I just thought it was the coolest thing ever. My Dad is pretty handy on guitar, but I’d somehow never known about that before, so when I mentioned I’d like to learn he dug out an old electric guitar from somewhere that my uncle had built. That was it, I was hooked. I’m not sure what that guitar was or where it is now – all I know is that it was bright blue, and I immediately wanted to be Jimi Hendrix.”

“I play a Classic Series 50s Fender Stratocaster in two-tone sunburst. I got it second hand and didn’t really like the look of it at first, but when I picked it up and had a play it was a bit like that scene in Harry Potter where he buys a wand, the wind starts blowing and his hair goes up in the air. Needless to say, it came home with me. I have a Pedaltrain Nano+ board so I’m limited to about six at a time plus a tuner that has to go on the floor.

I think there’s a bit of a risk of having loads of pedals for the sake of it, so I pick just a few that I can customise and get the most out of all the features. I’m a big fan of TC Electronic as their Toneprint feature means you can create your own custom patches and load them into the pedal, I could spend hours playing around with those. My current signal chain is the TC Electronic Hall of Fame 2, Mooer Mod Factory, Marshall EH-1, Echohead Delay, TC Electronic Spark Booster Mini, Boss SD-1 Super Overdrive, TC Quintessence Harmony and a TC Polytune.” 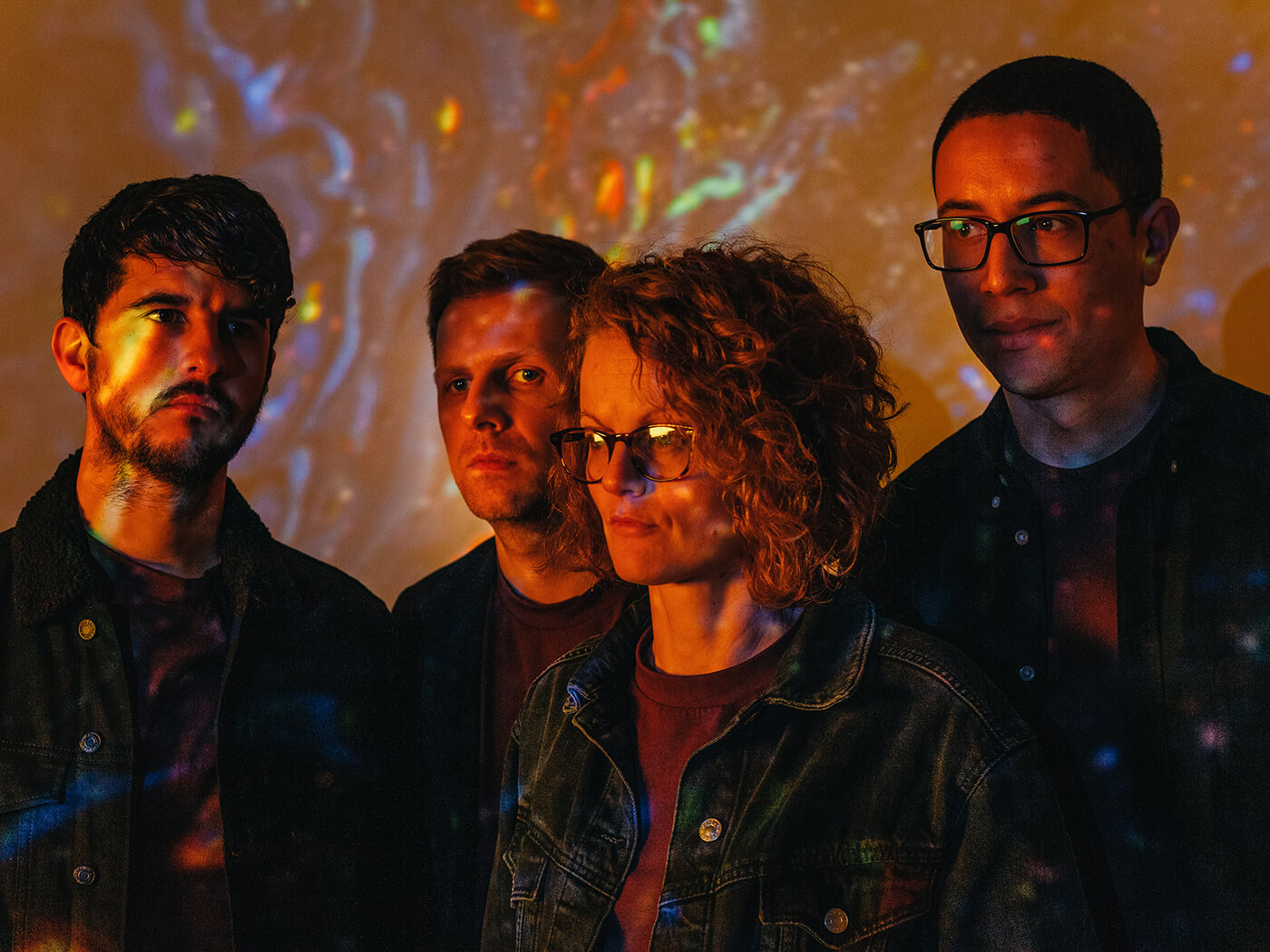 “I get the occasional Johnny Marr comparison, which I’m always over the moon about, but I’m not sure I’m quite in his league. I tend to play quite intricate, melodic guitar parts for Kidsmoke so I think that’s where that comes from. For me, it’s most important to put down what’s right for the song, so whatever I end up playing it’s always carefully considered.”

You’ve recently released your debut album, A Vision In The Dark. What were the main influences behind the album?

“There were a lot of different influences really, but I think you can hear how much we love 80s bands like The Cure, Prefab Sprout and The Smiths – there’s a balance of light and dark that runs through a lot of our work and you can definitely hear that in those bands. Vocally we are all hugely influenced by The Beatles and The Beach Boys, they are the masters after all.”

You also had a prolific 2019, with showcases at SXSW and finding your work being used in Netflix’s Black Mirror and on E4’s Made In Chelsea. How did that impact the band?

“It definitely reassured us that there were people out there who wanted to listen to our music. You work so hard as a band to do what you do, so to get to play these amazing shows and have your tracks picked for syncs is an amazing feeling. Getting to travel and play gigs with your mates is the stuff we all dream about.”

In your opinion what song stands out most on A Vision In The Dark?

“For me it’s The Bluest You, we took a bit of a leap forward sonically with this track and threw the kitchen sink at it in the studio – sometimes that doesn’t work, but it’s everything I wanted it to be and more. The outro is a four-bar groove guitar part over a five-bar chord sequence, so you get this out of sync/circular chase type thing going on over all the textures. I also get to go a bit nuts on guitar at that point, which is always nice.”

“A couple of years ago we were asked to play at Robert Smith’s Meltdown festival supporting The Joy Formidable. It was an honour to play that show and completely surreal to think that he’d listened to our music. Between the sound check and the show my amp decided to break, and I had to go straight into the PA – but despite that initial few minutes of panic we had an amazing time. Like all bands, we’ve had to cancel all our tour dates so far this year due to COVID-19, but we’ve got plans to get back out on the road when it’s safe to do so.”

Where do you see yourself in 10 years’ time?

“Hopefully we’ll be a couple more albums in and playing some cool shows. We’re in our element writing and working on songs, so there should be no shortage of material.”

“I played football for Wales up to Under 19 level. I haven’t played properly for years because I have hamstrings made of Weetabix, but I still love it and can’t wait to watch Wales’ men’s team win the Euros next year!”

A Vision In The Dark is out now on Libertino Records.