On their third album in just as many years, the Leeds quartet forego the immersive experience of Lines Redacted in favour of “a collection of good songs” forged with an arsenal of Fenders and a solitary Deluxe Reverb.

You’ve worked with Lee Smith and Jamie Lockhart again on this LP. Given their experience working with your peers, such as Yard Act and The Cribs, how do they aid your recording process?

“We’ve been working with Lee and Jamie for ages. They are guys we feel relaxed around and share a sense of humour with. Lee kind of sticks to the mixing nowadays and Jamie and Rob Slater did a lot of the engineering. Lee’s smashing out big pop records now, I’d go into the studio in the morning and he’d be mixing Ellie Goulding or Easy Life or something like that. It’s good to see them getting the success they deserve. It’s hard to say exactly what they add because we’ve never worked with anyone else, but we enjoy it and the records sound good to us.”

Down Tools is your third album in as many years. How do you maintain such a prolific output?

“We finally had the year off recording this summer. It took us a long time to get going in the initial instance of Mush, we are a deeply disorganised bunch. When we finally got a label, and had access to studio time I felt like we were making up for lost time. Successive lockdowns allowed me to move my attention away from my day job and towards writing for a short but intensive period of time. Other than that bands we aspire to have had a similar output and frankly we’re not successful enough to take three years off.”

This album sees you moving away from the sonic textures heard on Lines Redacted. Why did you push towards a more abstract and chilled approach this time around?

“Lines Redacted is pretty abstract really, but as a record, it is more refined. This record really is us doing whatever we felt like at the time. It’s a collection of good songs as opposed to the immersive experience of Lines Redacted. I think we felt we needed to loosen it up a bit on this record with ‘lines’ being so cohesive. There are definitely a few more laid-back tunes, we’ve always loved that kinda stuff but I think we’ve found our feet a bit in terms of executing that kind of track in our old age.”

Elsewhere we hear lyrics that steer away from your observational approach. What made you change the lyrical content on this record?

“It’s been slowly moving in that direction since the first couple of Mush songs really. I can’t be bothered to slag anyone off but I’m just done with this talky pseudo-political post-punk thing for a while. Some of it was good, a lot more was average and insincere, none of it was as interesting as The Fall, time to move on.” 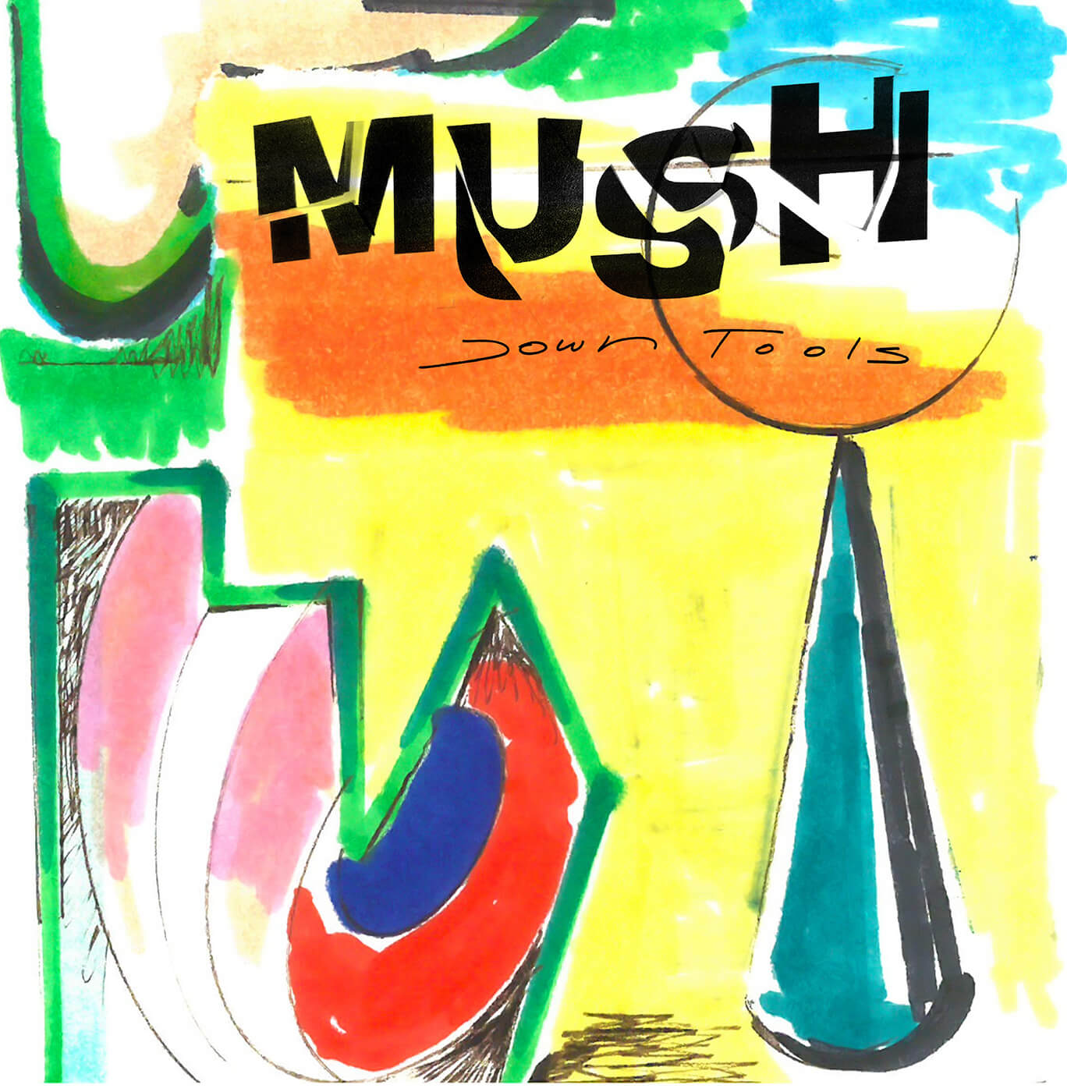 Myles Kirk joins the band and you’re now approaching the guitar work as a duo again. Does that stylistically take you back to your work on 3D Routine?

“We’ll find out on the next record as I played everything on this one! He’s been great live though.”

Each guitar solo on this album was improvised. What inspired you to record them in this way?

“Necessity. After Tyson’s passing, we tried a couple of options on guitar prior to Myles’ arrival. Unfortunately, it didn’t work out and as it turned out we ended up going into the studio as a three. I didn’t have a lot of time to come up with the second guitar parts so I winged a lot of it in the studio. Listening back there are parts on the album that I love that never would have existed if they had been more considered.”

What did your guitar rig look like throughout the recording process of Down Tools?

“I set up a huge amp wall and then used almost exclusively my own amp. I have a Fender Deluxe Reverb which I used with a hot plate on top to drive it a little harder. I have a Fender Jazz and a Jag, for the fuzzy parts I used an Earthquaker Hoofreaper and T-rex Mudhoney. We like to do the thing Velvet Underground did on a few tracks and plug the guitars straight into the desk and fuck it up with distortion for a few songs, you can hear the results on the last seconds of the album.”

Down Tools is out July 8 via Memphis Industries.