“Once we stop thinking and worrying about mistakes, we stop making them!” Perfecto de Castro on the best guitar advice he’s ever been given

The one-time Rivermaya and Triaxis guitarist is better known outside his native Philippines as a popular guitar YouTuber, here he shares his essential gear, crucial musical advice and his secret love of BLACKPINK.

“There were a couple of moments, actually. There’s an old photo of me at five or six years old in a cowboy costume strumming a pingpong paddle like a guitar pretending I’m Roy Rogers. I didn’t play music at that age but it showed my inclination towards guitar.
“The pivotal moment came when I was 13 and attending my first rock concert. When my first guitar hero – Teddy Diaz of Filipino Rock band The Dawn – hit the stage, I was mesmerized by the sounds he was producing. What sealed the deal was the row of girls behind me screaming and chanting, ‘Teddy! We love you, Teddy!’ That’s it, I’m gonna play guitar!”

“Early in my playing career I made it one of my goals to make any piece of gear work for me, that way I don’t end up relying on any particular guitar or piece of gear to make music. This also allows me to react, adapt and enjoy the merits of any instrument I try out instead of shunning them just because they don’t meet a set of requirements at first glance or on paper. That’s a long winded way of saying that I’m willing to play anything and I will do my best to make it work… but that’s not a very fun answer so I’m gonna throw out some specifics.

“For electric guitar, I can do any gig using any one of my Sully Guitars, though I am most identified with my purple sparkle 624T: it has Sully humbuckers (Al Pastor neck, Secret Menu bridge), volume, push-pull tone for coil splits, 3 way switch and a Floyd Rose. That guitar just feels like an extension of me.

“For pedals, it would have to be my signature distortion pedal called the BAD94. That will cover most of the tones I need from pushed hairy drive to big crunch to singing leads. There’s even a setting that nails ’80s Metallica Seek and Destroy chunk. And since it’s an updated take on the Shredmaster circuit, it does alternative dirt, too, from Smashing Pumpkins to Radiohead. Mike ‘Puisheen’ Adams calls it ‘the 90s in a box’. These are built in small batches in the Philippines and are available from my website. Every time I announce available batches they sell out quickly!

“If I have to play unplugged for the rest of my life, it would have to be my Greg Brandt 10-string-classical guitar that he built for me back in 2009. It has a German spruce top and Brazilian Rosewood back and sides. He drew the headstock design while we were at an Andrew York concert! I no longer perform as a concert classical guitarist but I love this instrument and play it whenever I want to to spend some quiet time away from electricity. 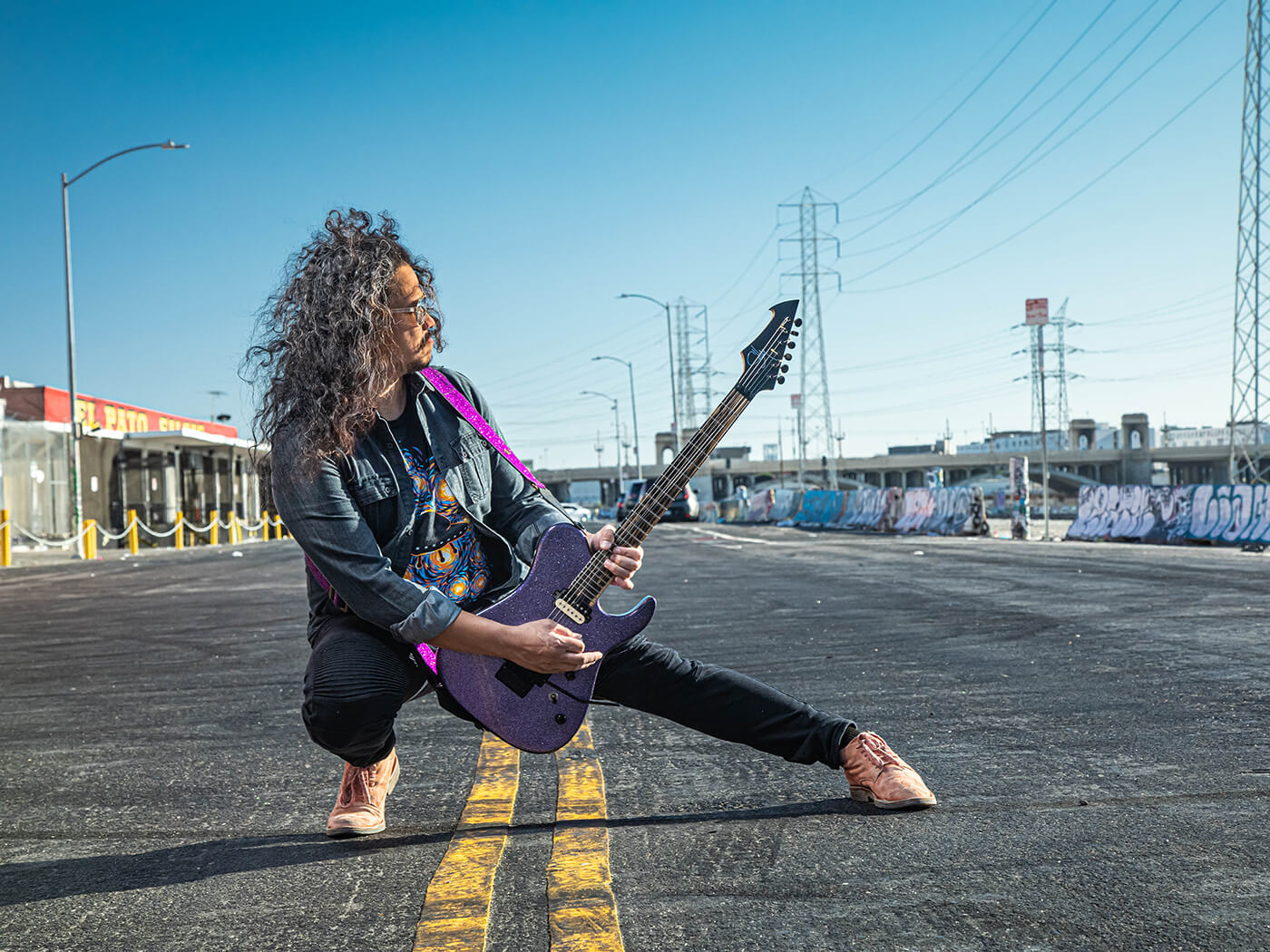 “It got away and I got it back! It’s a late 80s MIJ 62RI Strat in Candy Apple Red. Even though it’s not my main guitar, I used it on pretty much every album I recorded in the 90s back in the Philippines. I had to sell it to help finance my family’s relocation from Manila to Los Angeles. The friend I sold it to then used it for his cruise ship gig playing five or six sets a night, six nights/week!

Several years later I was vacationing in the Philippines when he called and offered to sell me back my Strat. Of course, I said YES immediately! When I got it back, it was easily the most used guitar I have ever seen – it had fret divots up ‘til the 17th fret! I had to get it restored to its former glory.

“I also had Mightek build a six-string version with a Tele-like upper horn and that was used during my time with Rivermaya. That guitar is retired in the Philippines. However in 2016, I had a replica built by another luthier from the Philippines, MicSis Guitars. Nowadays, I’m in talks with a few brands about a commercially available Perfecto De Castro signature guitar but nothing firm yet. Hopefully it will happen.”

“An E5 chord voicing that uses all six strings to check the tuning. Once everything is in tune, anything goes: Chromatic drills if I need to warm up, Bluesy pentatonics if I’m just noodling. Sometimes I hunt for things that I hear in my head.” 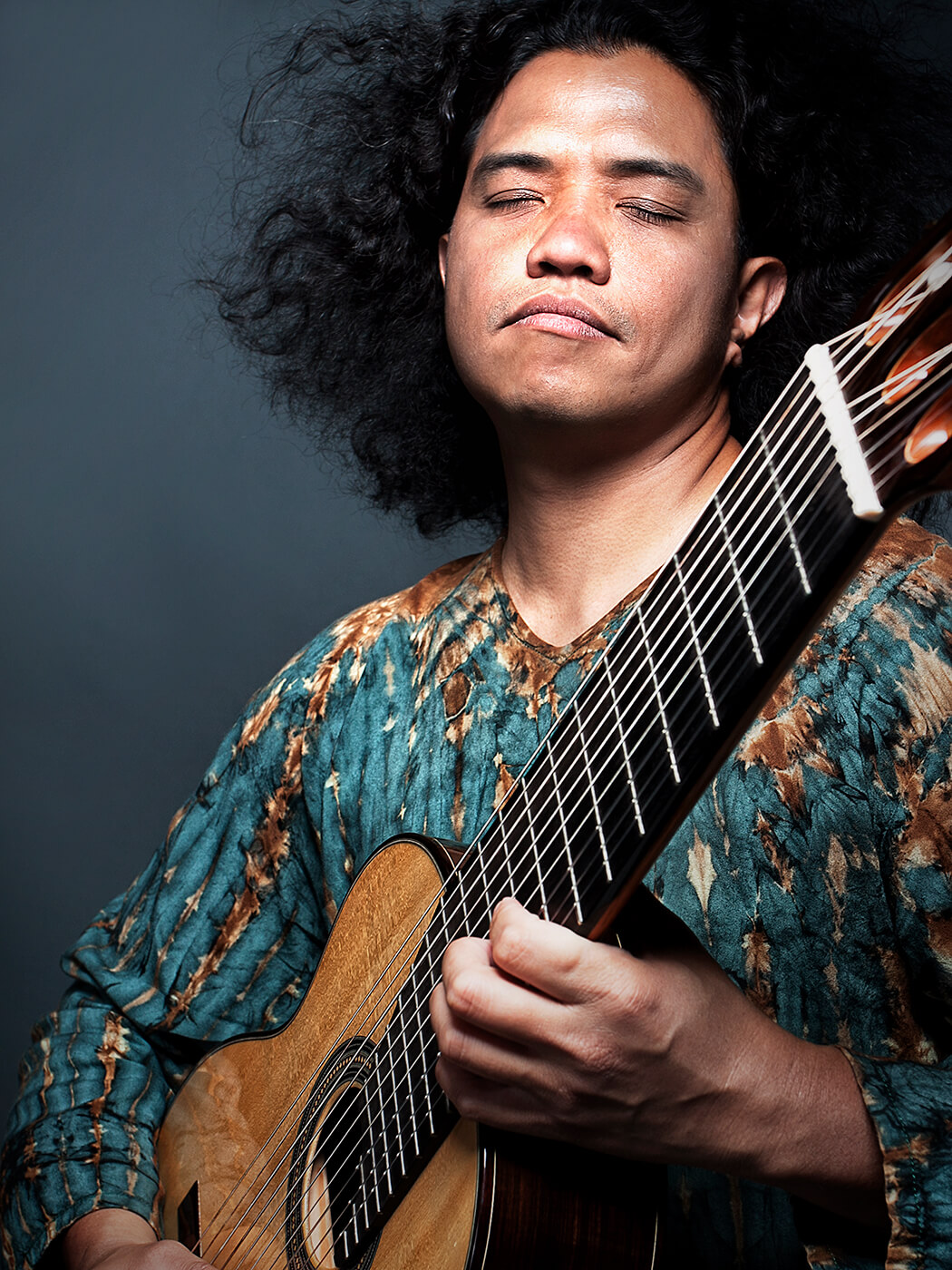 “Give yourself permission to make mistakes. This is the best advice I ever got and it applies not only to guitar but life in general. This relieves a lot of performance pressure we put on ourselves and allows us to just play and enjoy the moment without judgment. And the amazing thing is that once we stop thinking and worrying about mistakes, we stop making them!”

“I’ve had my share! I’ve played wrong song intros, I’ve intro’d songs in different keys from the rest of the band. I’ve stepped on the wrong pedal/button for tone changes, so for example I’ve been expecting a screaming distorted bend with big delays only for a plinky clean tone to come out! Once I even activated a looper in the middle of the song and messed up the whole band.

“My wife listens to a lot of K-Pop so I end up listening to it as well, in fact sometimes I blast BTS and BlackPink in my car while driving. 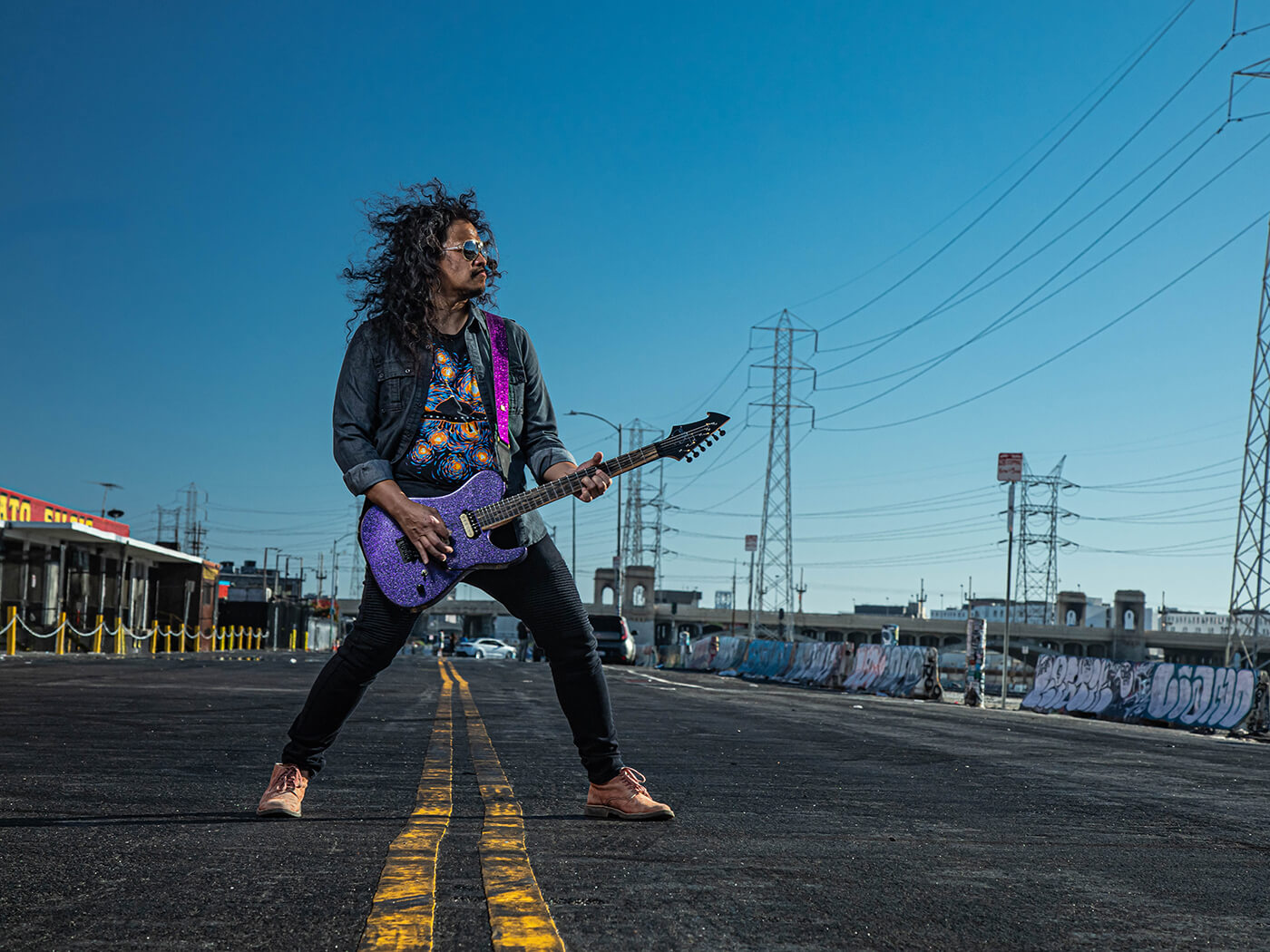 “I would love to be at that gig when Jimi Hendrix played Sgt. Pepper… three days after it was released and see for myself expression on the audience faces – especially Paul McCartney’s and George Harrison’s!”

The most important thing on my rider

I wish I could play

“Fast country and bluegrass. I know the theory and technique behind it but I can’t get the lines to flow. Listening to non-stop bluegrass pickin’ makes me hold my breath and gasp for air cos’ it sounds so relentless! But it’s fun to keep trying and playing my own mangled version of it.”