As the US alt-rockers return with their fifth album, we spoke to guitarist and frontman Brian Aubert about sobriety, rediscovering acoustic guitars and why he likes to keep it uniform… 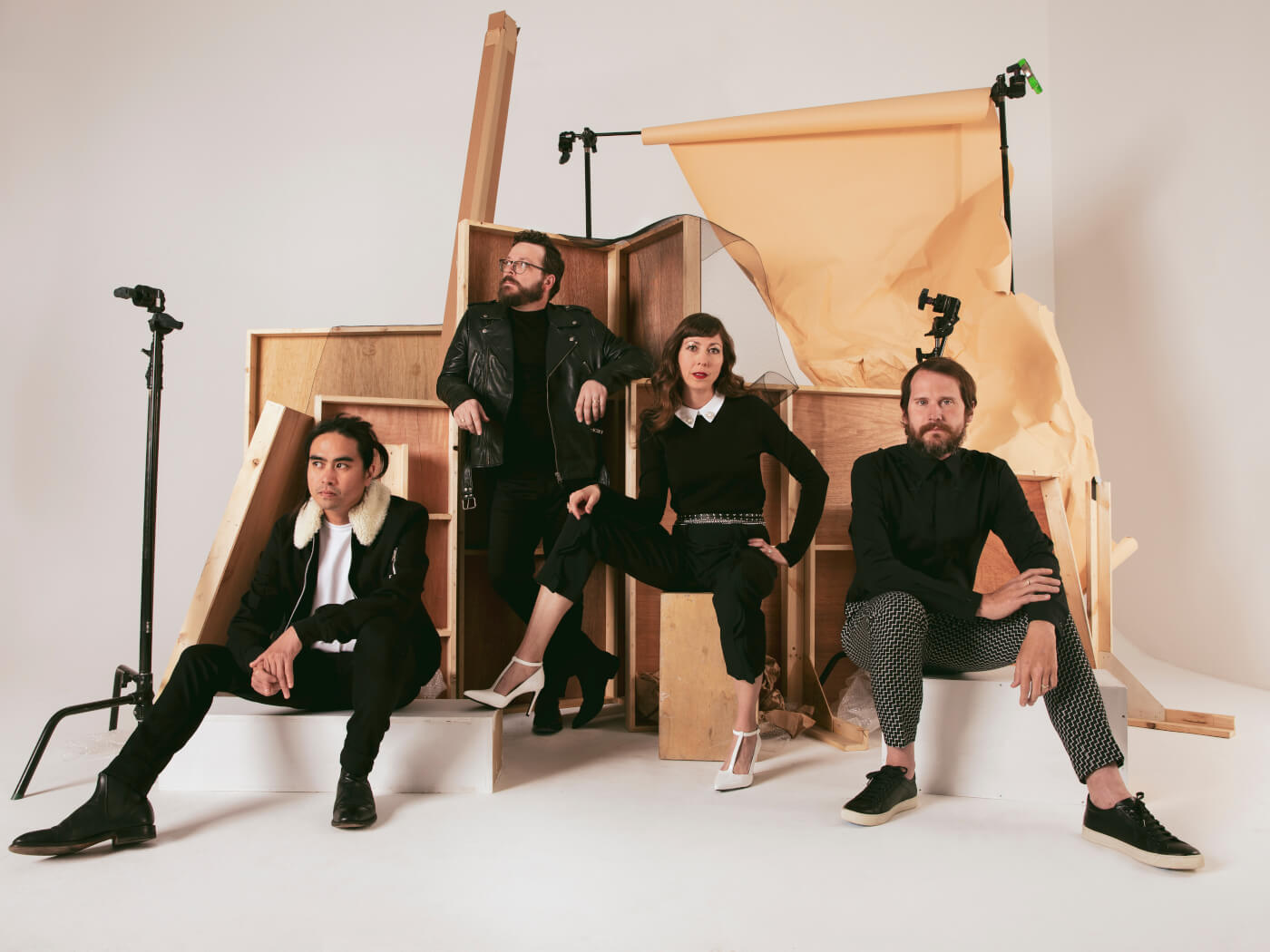 For most bands, life is cyclical: write an album, release an album, tour an album and repeat. It’s an existence that balances the twin thrills of creativity and playing live with countless hours confined to tour-bus bunks or cramped plane seats, where you can do little but hope that your flight case meets you at the other end.

Following the release of their fourth studio album, Better Nature, in 2015, Los Angeles alt-rockers Silversun Pickups leaned into the end of this cycle and hit the road for a particularly long bout of touring, leaving them burned out on the carousel by its end. When it came time to head home, they were more than ready. “But then our wanderlust kicked in,” frontman Brian Aubert says.

Wanderlust is an interesting choice of phrase, given that Aubert is describing the first extended period of downtime he and his bandmates – bassist Nikki Monninger, drummer Chris Guanlao and keyboard player Joe Lester – had enjoyed in a couple of years, but it’s one he returns to several times when describing the artistic drive that powered the revamped writing process of the group’s new LP, Widow’s Weeds.

“Songs start jumping around my brain and when there’s enough of them, I have to do something or I’m going to go crazy,” Aubert says. “Because of how we removed a lot of organics from our previous records on purpose, especially the last one, which we wanted to sound like a fever dream, my wanderlust went towards acoustics and strings.”

So, for the first time in Silversun Pickups’ two-decade career, Aubert’s writing began with an acoustic guitar, specifically his Gibson Hummingbird. Far from being a simple starting point, though, the effects of this shift can readily be seen in the varied textures of the finished LP. Where Better Nature relied on synths to balance out the lingering influence of shoegaze on the band’s sound, here they have embraced traditional instrumentation to round out some of their most open-ended compositions to date.

Songs like It Doesn’t Matter Why and the stark, vulnerable Freakazoid are acoustic-led and have a verse-chorus-verse-defying sense of perpetual motion. Unusually, the crib sheet for the record might be dotted with as many allusions to Violent Femmes and mid-period Death Cab For Cutie as My Bloody Valentine.

The LP’s producer, Butch Vig, was key to foregrounding Aubert’s acoustic playing – which spanned a 90s Gibson J-45, a mahogany Taylor, a 50s Martin and a Nashville-tuned Goodall in the studio – as a core component of its character, even after the music had progressed to a full-band setting. 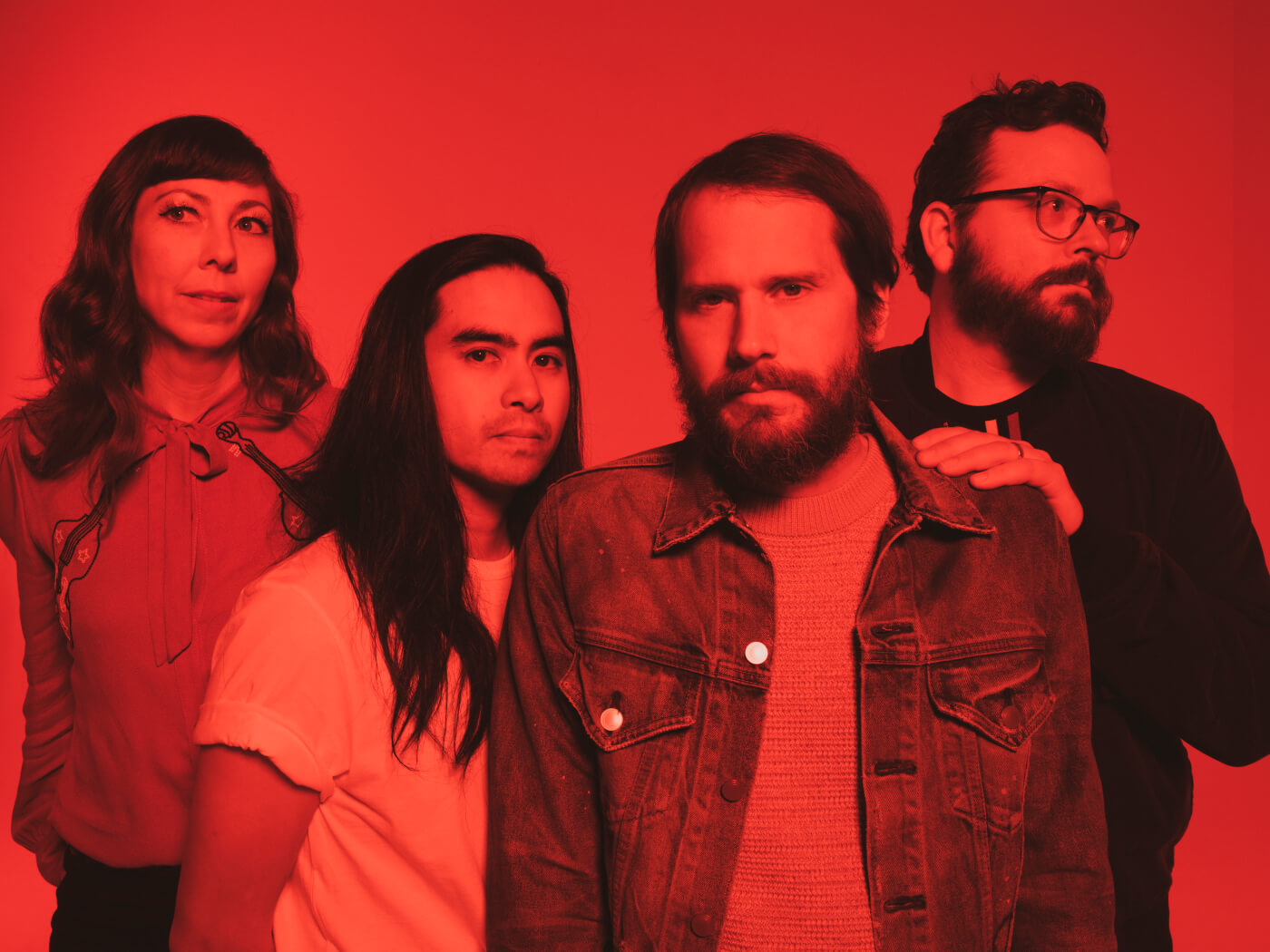 “It eventually got that way,” Aubert says. “The flesh starts to show itself as you start building the glossary you’re going to use for the album. That was something that I didn’t know was important to me that definitely felt important to Butch – even though the acoustics aren’t carrying this anymore, they’ve got to be in there. Now, I can see why.”

Working with Vig, the Garbage drummer and producer behind legendary records by Nirvana, Smashing Pumpkins and Sonic Youth, was another element in Silversun Pickups exploring their wanderlust. After collaborating with Dave Cooley on their first two outings, and Jacknife Lee on sets three and four, album five was an opportune moment to change things up again. “The second time around is a whole other adventure with somebody,” Aubert says. “Then we think it’s time to move on.”

Fortunately, Aubert had already received a first-hand look at how Vig operates after being invited to sing on The Chemicals, Garbage’s 2015 Record Store Day single. When it came time to track Widow’s Weeds, he pitched Vig to the rest of the band, who were immediately onboard. “The only person who wasn’t aware of this discussion is Butch,” he laughs.

“At one point, there was a week-long email chain with our management and the band and I just realised that… we should ask Butch Vig about this. I sent him a text saying, ‘Hey, do you want to make a record in the summer?’ And that was it, he was in. Fuckin’, a week of emails, and it’s easier to go right to the source.”

Vig’s discography casts a long shadow, but Silversun Pickups found it relatively easy to sidestep any expectations associated with that history, instead focusing on utilising his accumulated wisdom and the expertise of his right-hand man, Billy Bush, in the here and now. “What he’s done was in the back of our minds but we kind of forgot about that⁠ – everything with us is very present tense,” Aubert says.

“The legacy that Butch has became pretty apparent⁠ – you feel the experience. The lighting-quick stuff that goes on, almost second nature, is like, ‘Holy shit.’ Butch and I are talking while something’s being played back and in the middle of the conversation, he’ll go: ‘Hey Billy, on that left thing…’ and Billy will go: ‘I already did it, I knew you were going to ask that.’ And I’m like, ‘What’s happening?!’”

Midway through recording, which was split into two segments to accommodate Vig’s touring itinerary with Garbage, Aubert decided to make a personal change – responding to a period of depression by getting sober. During the course of work on Widow’s Weeds, Lester also faced the death of his father. These major life events contributed to what Aubert termed pre-release as “a mourning vibe, but not sad. It’s change. It’s growing up and moving on and letting go of things”.

“Thematically, it was already in there,” he says. “The being sober part – that kind of change is almost one of many. That was the first thread I needed to pull to go into different sorts of changes. Luckily, being sober actually fits me really well.

“With Butch’s schedule, we moved the recording up way early and we knew we only had to do a little batch of songs⁠ – we knew we were going to take a break, reconfigure and then start on the last half. So I did that. As far as working on the record, and being creative and all those things, it didn’t impact me too much. Anything that’s kind of meditative, when you’ve got your head down, is where I was at my best in some ways. It was the time in between that was really awful.”

Aubert’s assessment of his process remaining unchanged is largely backed up by the finished product⁠ – despite its assorted shifts in focus, Widow’s Weeds isn’t a total departure. The excellent album opener Neon Wound, for example, takes flight as Aubert’s chorus fends off Lester’s ominous keyboard riff, which is a reassuringly familiar dynamic. “It’s fun to dive between all the albums – when you put the new songs in with the old ones you see how they’re all related,” Aubert says.

Familiarity is also something he prizes in his gear. On the road, Aubert continues to turn to a 1994 Epiphone Sheraton II and a 1965 Gibson Firebird, two guitars that, putting it politely, exist at something of a remove from one another. Both do it for him, though. “There’s something about those Sheratons from the 90s,” Aubert says. “That’s still my main guy – I’m a uniform kind of guy. I have a bunch of things for special songs, but in general, I’m mainly holding this Sheraton and the Firebird for more twangy songs.

“I don’t know what that is. It’s like the wand choosing the wizard. Something feels right with them. When we started out, I played those semi-hollow bodies unconventionally, with a lot of noise. Most people wouldn’t do that because they’re so hard to control. I just fell in love with the Sheraton, we played live a lot before we recorded and I figured out how to harness it. It just feels correct. The same thing with this Firebird. It’s just a feeling. I think I care more about that than I do about how precise the tone is gonna be.” 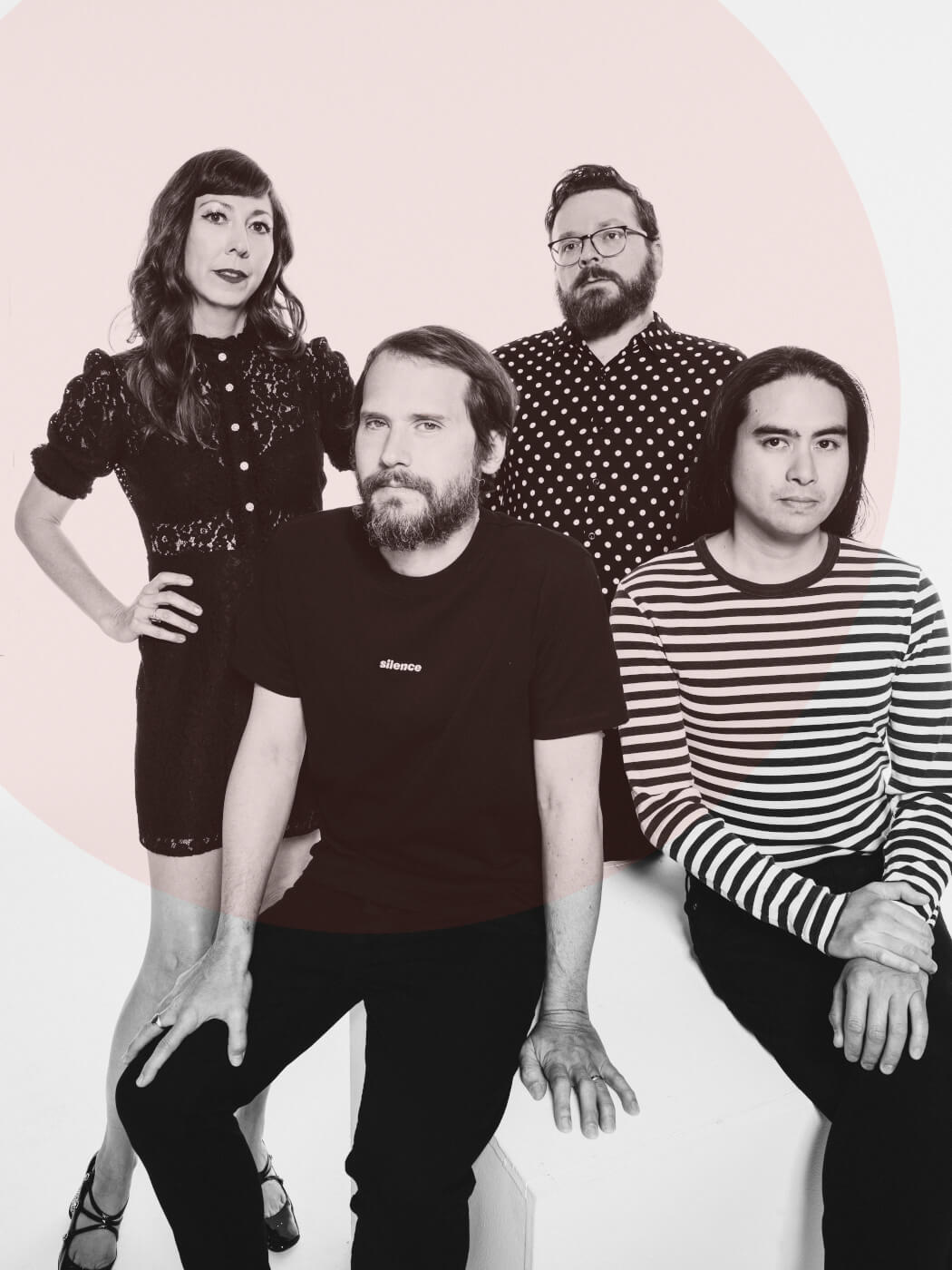 One guitar that was allowed to work towards inclusion among Aubert’s select group of touring friends is his Gibson Midtown Custom, which survived a rocky start to eventually plug gaps that the Sheraton and Firebird could not.

“At first, I didn’t like it at all, but ended up loving it,” he says. “The colouring was similar to these backup Sheratons I have and at first, I kept grabbing the wrong one, but now there’s something really peculiar about it. I use it and design the sounds for lower-tuned songs that are really dropped. It handles that really well.”

Aubert might be a “uniform guy” on tour, but in the studio his wanderlust extends beyond songwriting and into the instruments that’ll help him get where he’s going. “I just bring a few things, I like to just go with whoever the engineer or producer is,” he says. “What do they have? Who do I get to mingle with?” That doubles as a good outlook for the rest of us when approaching a new Silversun Pickups record⁠ – we never really know who we’re going to meet once we get there.”

Silversun Pickups’ Widow’s Weeds is out now on New Machine Recordings. Get a copy of the album here.