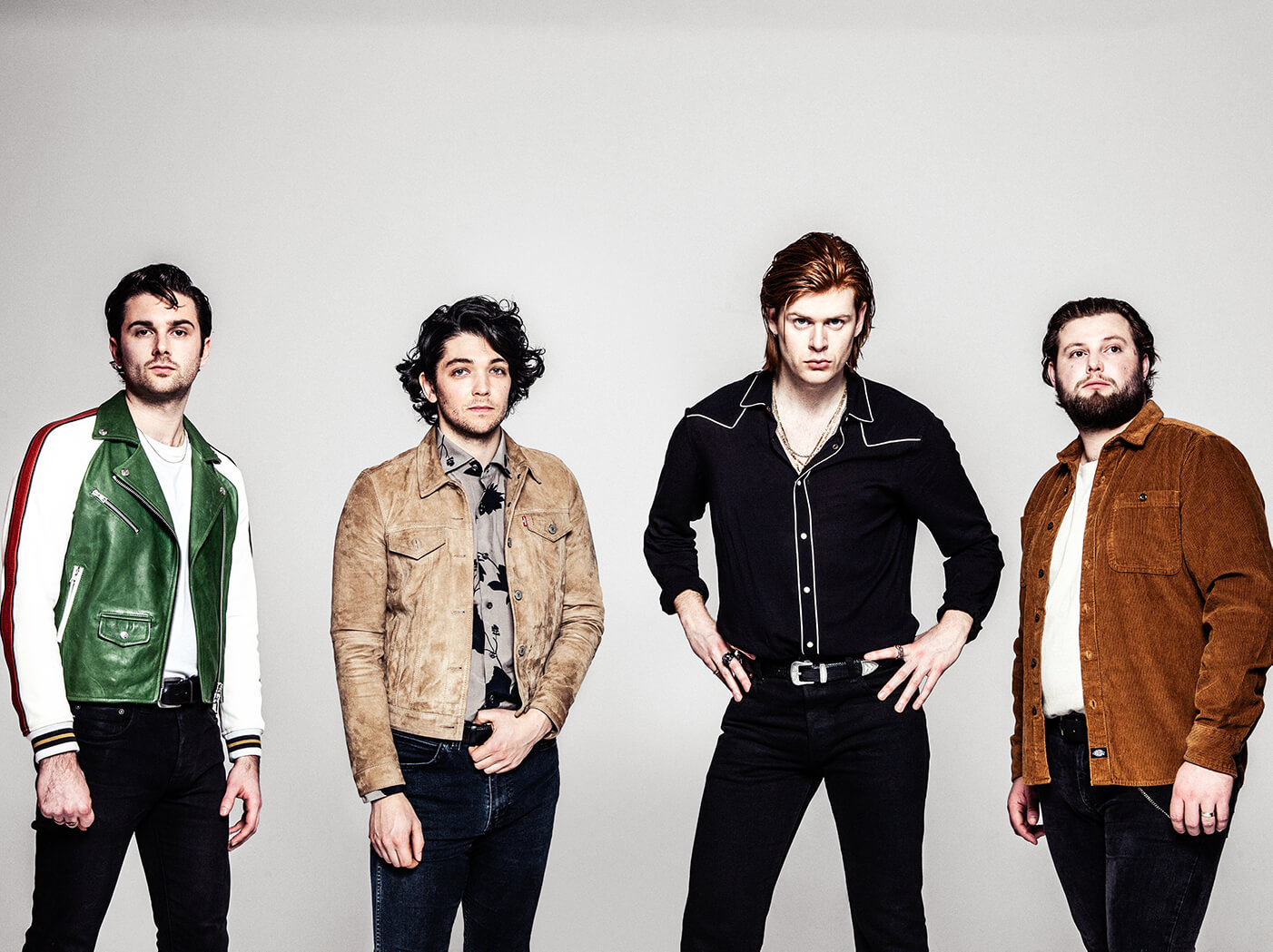 A marked progression from their debut album, The Amazons’ Future Dust sees the band look to the golden era of rock guitar for inspiration. Discovering influence in the pages of biographies by Viv Albertine, Jerry Lee Lewis and Jimmy Page, among others, the band chose to harness the darkness and “devil music” of the era for their second offering.

“After the first chorus – this might be a listening exercise, actually! – there’s one guitar that I recorded in my bedroom that we kept in the final version. I have this horrible, repainted orange SG and managed to find a sound that matched that disgusting colour. I turned all the preamps on my sound card all the way up and it resulted in a fuzzy screeching sound. Often, I have to concentrate on what I’m doing, but that’s so dumb in the best possible way.”

“The solo after the first chorus is probably my favourite on the album. Because of the way it came about, it was so easy and has a swing, so you bounce through playing it. It started as a joke, like an old country riff I used to play when I first started learning, and we ended up keeping it. It was always enjoyable, I feel like not all lead-guitar players get to put a solo on a song in this day and age. I think the 80s possibly killed the guitar solo for the modern player and I think that’s a shame, because some of my favourite moments in songs are the guitar solos.”

“At the very end of the song, during the big outro section, the guitar part that starts after the third verse – it’s one that accidentally came about through a jam at the practice studio. We don’t necessarily understand the musical compatibility of these songs, but sometimes they just fall into place – and that part really struck a chord.”

“The solo on that is an EarthQuaker Devices Erupter going through a Vox AC15 C1. I didn’t have anything written for that when we got to the studio and our label came down and were in the control room while we were playing it. I played that solo on the third take using that sound for a laugh with no reverb, it sticks out like a sore thumb and it just came out really well. The rest of the track is quite roomy, so it really sticks out!”

“I have to include this mammoth solo. It’s so fun to play! When we did the original tracking of this we got a bit carried away, the song would finish then we’d have like nine minutes of the outro section! We wrote that before I cut my finger, so me and the engineer sat down and tried to comp together a solo from all the takes. It ended up being something like what’s on the final version. The first time I picked my guitar after that, I went back to the studio and played that as one with a Custom Shop Non-Reverse Firebird and got it exactly how I wanted it!”

Future Dust by The Amazons is out now on Fiction Records.