“We were just pushing the boundaries as much as we could”: The Revolution’s Wendy & Lisa reflect on recording and performing with Prince

Recently marking four decades as a creative partnership, Prince’s chief collaborators Wendy and Lisa reminisce about crafting many a timeless track, and celebrating the legacy of one of music’s most towering figures. 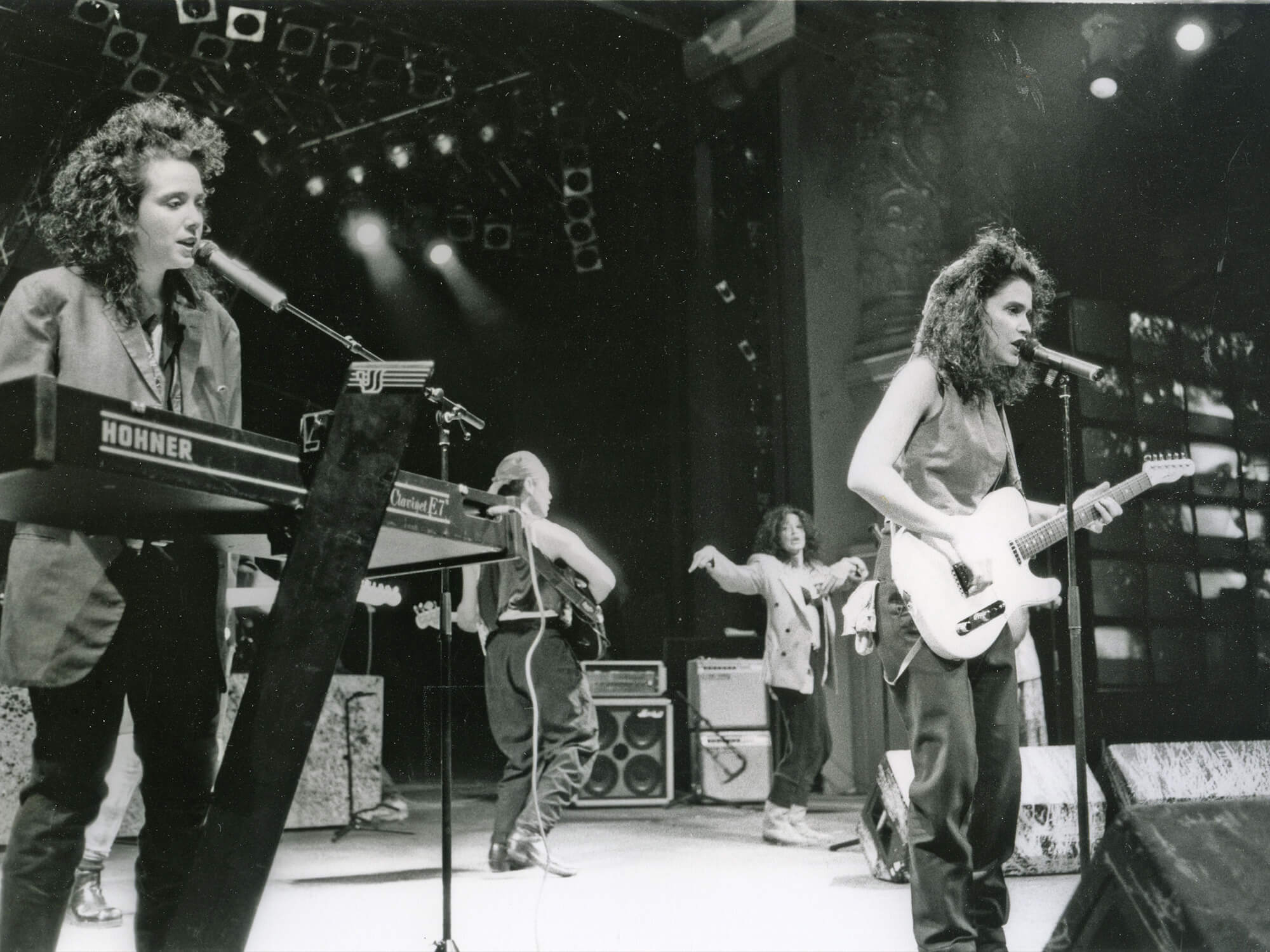 As rear guard to one of the world’s most extroverted and absorbing performers, Wendy Melvoin and Lisa Coleman were the indispensable co-architects of Prince’s most hallowed period. Joining his band at the age of 19 when making the Dirty Mind album, Coleman lent her melodic, atmospheric keyboard to Prince’s ever-growing musical tapestry. Then, after wowing Prince backstage with her intricate guitar abilities, Lisa’s partner, Wendy was enlisted to assist with fifth studio album, 1999, before becoming fundamental to the creation of Purple Rain – the record that launched Prince’s star skyward.

On the eve of the release of a sparklingly remastered live album from this lauded period, Wendy and Lisa sat down to share what being a part of Prince’s band, The Revolution at this time was truly like. Firstly, we wanted to know what memories the pair still have of this breathtaking Syracuse, 1985 performance. “There was a little bit more pressure to not screw up.” Wendy recalls, “Because it was being broadcast worldwide. Thank god we were really well-rehearsed. It was the second to the last day of the tour so we’d been on the road for something like six months at that point.”

“There was like an energy that we all had, we were really on fire.” Lisa elaborates, “We played everything fast. I just remember Prince running all over the stage. There were all these ramps and sideshows, I remember we all just had to keep our eyes on him for cues and things like that. It was a little bit hard sometimes if he’d run like a mile away and then put up his finger to cue us.”

Running at close to two hours, the freshly remastered Prince and the Revolution live album is the most exhaustive document of the band as an on-show musical unit, each track naturally flowing and building out of the previous. “I see that entire Syracuse performance as like a book, and each song is a chapter,” says Melvoin. “They all have to work together to read it from beginning to end.” 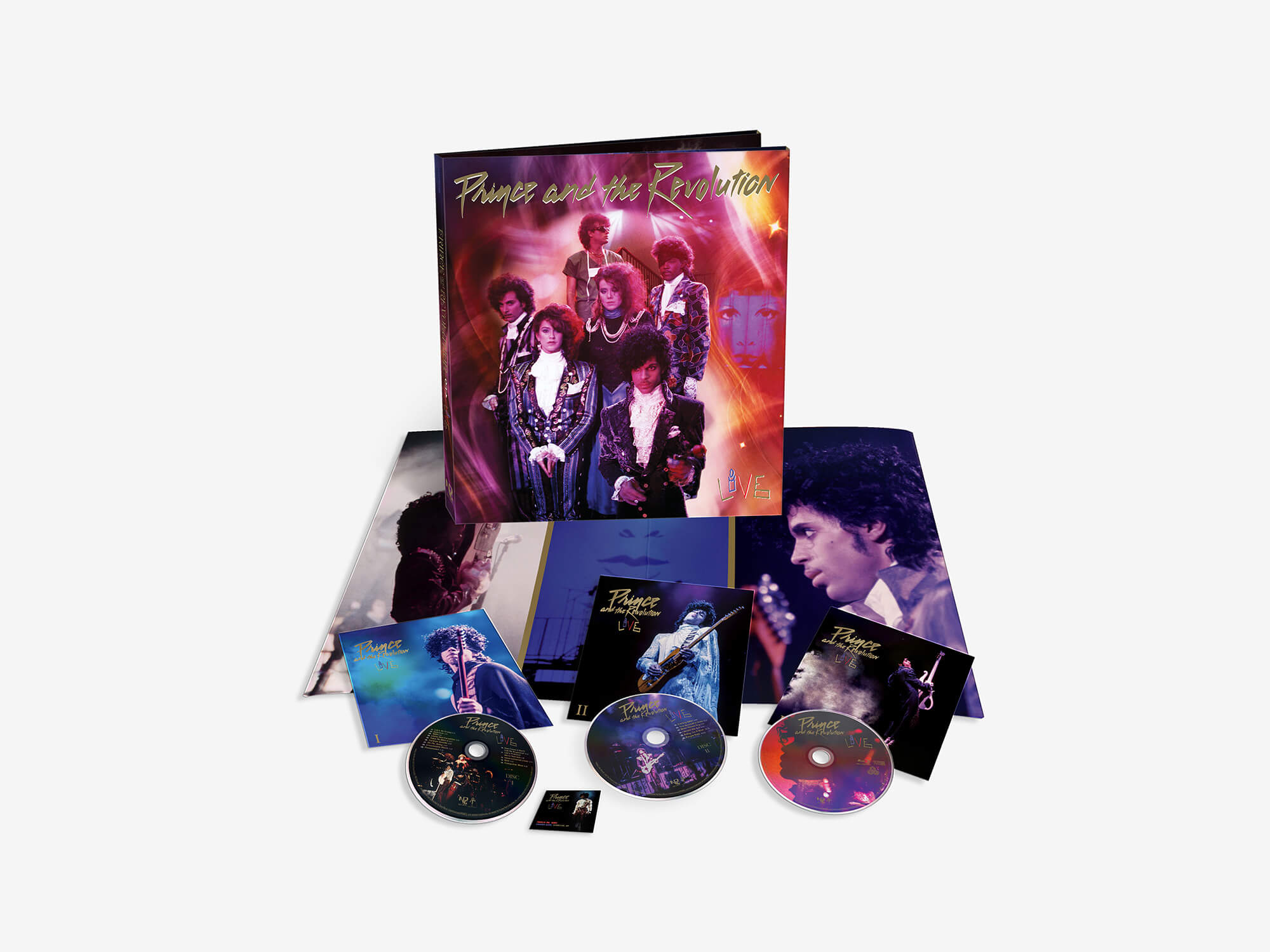 Is the water warm enough?

Nearly ten months earlier, the release of Purple Rain in June 1984 (as well as the accompanying movie) had re-modelled Prince from a somewhat indefinable figure into an inescapable global megastar. The pair recall that when making that critical album, a sense of innovation was in the air “We were just pushing the boundaries as much as we could.” Lisa tells us, “Prince was aware of sounds, but he knew how to make normal sounds punch just how they were. He didn’t mind a cheap guitar with cheap pickups – he’d just turn it up and get the best out of it… He just did that with all kinds of things.”

Wendy remembers that Prince’s guitar playing, at that time, was much more idiosyncratic than it would later become. Working mainly in the studio with his favoured maple Hohner Telecaster, Prince’s solo-crafting was largely instinctual. “He was a master of the neck by the time he passed away, for sure. Back in the early days he relied on some patterns on the neck that he’d always orient to. They worked to his muscles, and how his fingers moved. On Computer Blue there’s a little section where I have to follow him and play exactly what he’s playing. Up to this day, I find that an awkward fingering pattern. My fingers don’t work as fluidly as his did. I still have to use extra brain power to get that final triplet feel at the very end of that pattern.”

With her textured, chordal washes, rhythmic chops and occasional fretboard flourishes, Wendy chose a Rickenbacker 330 as her guitar of choice. It would become a key part of her signature until it was infuriatingly stolen from her. We ask Wendy what attracted her to the Rickenbacker: “Well, because at the time they were offered to us. But then we played them and they ended up sounding really great against Prince’s guitar.”

Melvoin further augmented the 330 to suit Prince’s stadium-filling universe. “We closed the F-holes on the Rickenbacker because it would feedback with the kind of volume we were playing at. We closed those up. We also changed the pickups to G&L pickups. It became more of a hotrod, without the top-end ‘glass’ that Rickenbacker guitars normally give out.”

Prince was no dictator in the studio, instead, he allowed Wendy’s guitar to find a natural place within the dense arrangements. “Prince was much more concerned with your performance rather than the actual sound of the guitar. He wasn’t really one of those guys that dictated the tone. I learned early on in a band situation that as a rhythm guitarist you shouldn’t make your distortion as loud as the lead guitarist because they’ll kill you! I had to kind of sit right underneath him, so he could be the main attraction.”

You want a leader

While many of Purple Rain’s tracks gelled pretty quickly, others took longer to cement. “I remember Baby, I’m A Star took a really long time.” Lisa recollects. “Even though it was an instant ‘groove’ song that made sense. We tried all kinds of things on the arrangement. We tried some violin parts – doing horn parts on violins and different background vocals. It took longer than you’d think for that one.”

For Wendy, despite some difficulties nailing parts of Let’s Go Crazy, it wasn’t long before she knew they had made something quite special. “Lisa and I were living in a house in West Hollywood, and Prince’s bodyguard came over to the house at four in the morning. We opened the door and he said ‘Prince wants you to listen to this track’. So we went to his limousine in front of the house and sat in the back, and he put on the finished version of The Beautiful Ones. I was completely blown away. That opening vocal just totally stunned me. That track had started as just one thing, but he’d gone away and completed it himself. I was gobsmacked. My chin was on the floor”

Following the album’s release, and its unprecedented success, the live Purple Rain roadshow began pretty much instantly. Due to how the tracks came together, there weren’t many difficulties in transferring them between stage and studio. “We’d played so many things as skeletons in rehearsal and soundcheck, transitioning them to the studio with Prince wasn’t a shock,” explains Melvoin. “So then to take what we’d done in the studio and transition it back to the stage was easier. Everything [on Purple Rain] was written and performed that way. It felt natural because it was all kind of geared to be played live.”

Make you happy when you’re sad

Wendy and Lisa worked with Prince on two further records, Around the World in a Day and Parade before The Revolution disbanded in 1986. The pair then embarked on a multifaceted career as both Emmy-winning soundtrack composers and creative foils to the likes of Madonna, Lisa Marie Presley and Neil Fin.

As a seasoned guitarist, Wendy talks us through her current favourites: “Well, I kind of morph into whatever the song needs at the time. I have a whole bunch of guitars. But I don’t use Strats. It’s a sound that doesn’t sit easy to me when I’m playing what I play. I prefer using a Tele, or a Jazzmaster. A Gibson 335, or a Gretsch. I like guitars that can create a mid-tone kind of funk, and have a thud.”

Melvoin’s current regular guitar is a 1980 Hohner Professional. A successor to the type Prince was rarely seen without. “It’s sort of the next model of the Madcat made by the Japanese guitar maker back in 74/75.” She tells us. “Playing it in a way keeps me connected to Prince. I have it here in my home, I play it all the time when I’m practising. That’s what I favour right now. We’re just finishing up a show for Netflix, and I don’t use anything on that other than my big-bodied Tennessee Gretsch with Bigsby. It’s great for creating the more ambient stuff that I play with.”

Following Prince’s passing in April 2016, Wendy and Lisa have been rekindling the flame of the live Prince experience, performing many of these cherished songs live as The Revolution once again. “The biggest challenge is that Prince isn’t there.” Wendy says. “There’s nothing we can do about that. We’re not trying to replace him. The question is, do we do this if he’s not there? The answer is a bit of yes and a bit of no. We can continue to do some of these shows if we implore the audience to replace him and sing. To be him.”

“It definitely was really healing at first, but as time went on we did start questioning why we were doing it.” Coleman elaborates. “So we had to just regroup and try to decide why we would play together now. The best way to do it, like Wendy says, is have the audience be Prince”

Despite loving the thrill of playing a repertoire of songs that quite literally changed their lives to new audiences every night, Wendy emphasises that feelings remain, understandably, mixed. ”The first couple of years after he passed it was really healing to be able to get together and do that – and heal with the audience. Every night was like a memorial. Some nights were more like a celebration. We still love playing together but it becomes more like: ‘How do we celebrate this and grieve at the same time?’ – this is a question we ask ourselves every night before we get on stage.”

Reflecting on such a dramatic, fun and musically adventurous career, we can’t help but ask what aspect they remain most proud of. “Lisa and I just celebrated 40 years as Wendy & Lisa. That’s what I’m most proud of.” Wendy affirms. “And…” Lisa adds, “we still like each other.”

The Prince and The Revolution: Live album and Blu-Ray is released 3 June via Legacy Recordings.