“This album is me figuring out there’s more utility in optimism than there is in pessimism”: The Wombats’ Matthew Murphy on letting go of control

Vocalist and guitarist Matthew ‘Murph’ Murphy of iconic indie trio, The Wombats, sits down for a chat with us about his new optimistic outlook during worldwide spread doom and gloom. 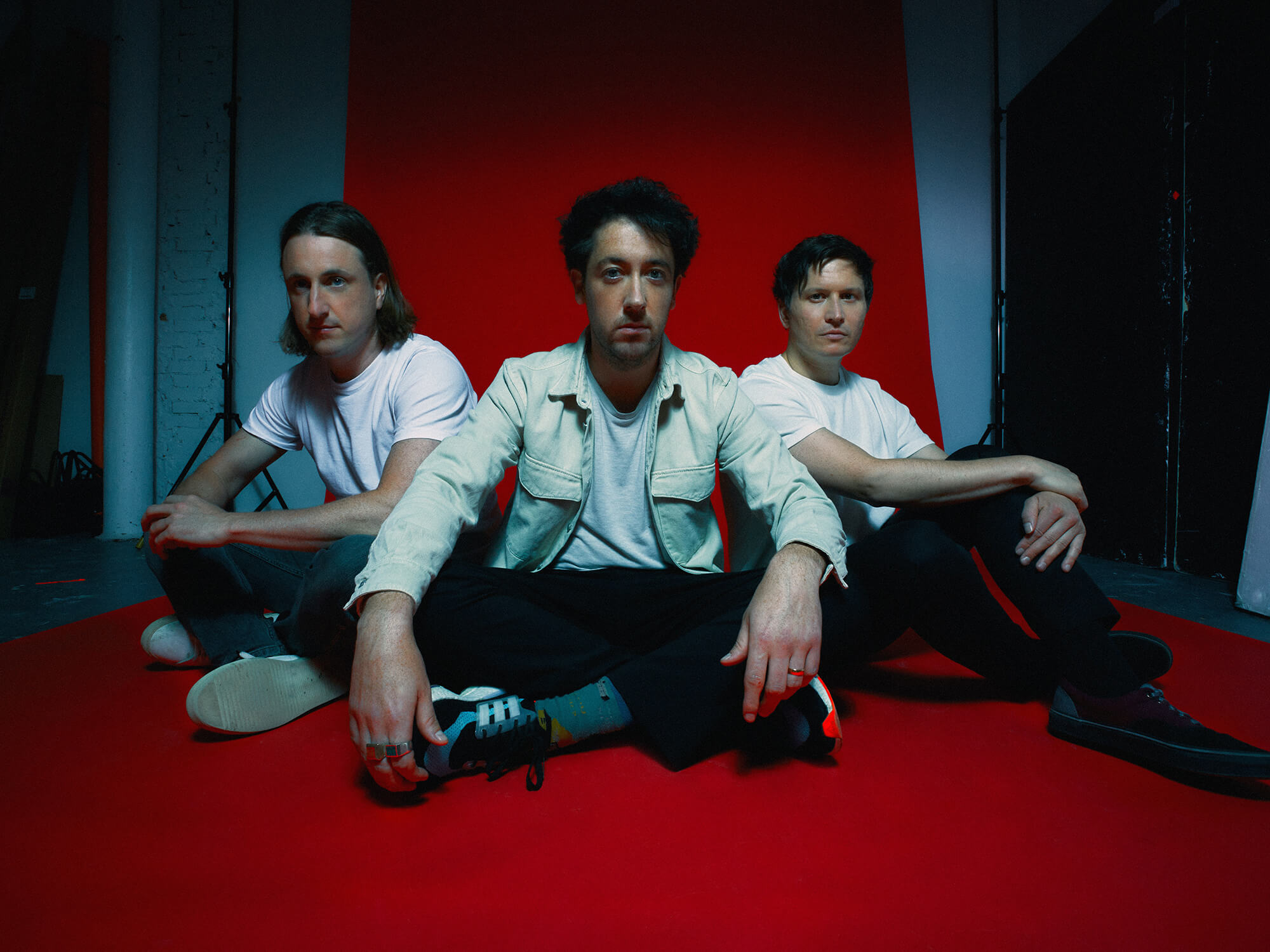 It feels like forever since we last got our fix of indie-pop magic from The Wombats with their previous studio album, Beautiful People Will Ruin Your Life, releasing back in 2018. They’re back and perhaps bigger than ever after one of their songs went viral on TikTok and they’re now set to release their brand-new album, Fix Yourself, Not The World, and head out on tour with a landmark show at London’s O2 Arena.

Their brand new record explores the idea of letting go of what you can’t control and was brought to life during a time when we all had to deal with exactly that as Covid reared its ugly head: “Dan and Tord flew to LA and we started writing together in my studio, we did that two or three times and then everything went to hell in a handbasket didn’t it?” Matthew Murphy (better known as Murph) radiates his usual laidback energy as he speaks, “I kinda finished the rest off in LA and that was it. I didn’t see the guys after that.”

The new record was concocted as an amalgamation of the thoughts and feelings flying around in Murph’s head. They eventually evolved into a collection of songs that showcase both fleeting moments of existentialism and feelings of acceptance towards the mess our world is in, but he won’t give too much away on the real depths of each song: “I like to put a bit more ambiguity into songs now than I may have done in the past and I feel like that’s important for them to be able to live their own lives almost.”

He repositions his cap which sits where there was once a signature, noughties-style mop of curls. “I think personally I was going through this feeling that I need to back off on the controlling aspect I can have sometimes and that I should let go of this idea that we row but the universe steers.” Whilst Murph questioned how in control of his life he really was, he poured every epiphany into the new record, “This album is me figuring out there’s more utility in optimism than there is in pessimism or cynical thinking.”

Their previous LP helped the guys to hit the ground running, as he explains, “I was so happy with it and it did loads of great things for us, I was almost riding the momentum of that energetically into this one.” Musically, artists such as David Bowie and David Byrne were a source of motivation for the instrumentation on the record, “We wanted to make a big deal of those tripped out, reverb-y guitars.”

He notes the Eventide Phaser as a key element of the recording process, but when it comes to guitars, Murph can’t remember what was used thanks to the vast amount of guitars at 64 Sound studio in LA: “They have so many instruments, so many guitars. There’s like 150 there so I wouldn’t know what guitar we played on, we were just picking random ones and seeing what they sounded like.” Despite playing around with some new friends when it came to our beloved instrument, he leans towards some classic choices too, “I’ve always been an Orange amp guy and a Fender guy too. I usually go for a Telecaster through an AD30.”

So, what can we expect to see on tour? “I’ve got a Fender Coronado which I like but really it’s all just Blue Bob,” the legendary Blue Bob is a Paisley Telecaster that has lived a colourful life, and gives The Wombats their signature wiry tone. He describes how it sounds like ‘a wasp flying around a Coke can’ before adding, “It’s the guitar I’ve had since day one. It’s kind of like Trotter’s broom from Only Fools and Horses. You know when he says ‘I’ve had this same broom for 30 years, it’s had 17 different handles and five different brushes’? Blue Bob is kind of like that; I don’t know how he survives.” He takes pauses to ponder the reality of hitting the road, “I can’t wait to get in the O2 arena but I’m also trying to be realistic about all our plans. I’d be very impressed if every single gig we’ve got booked next year happens.” 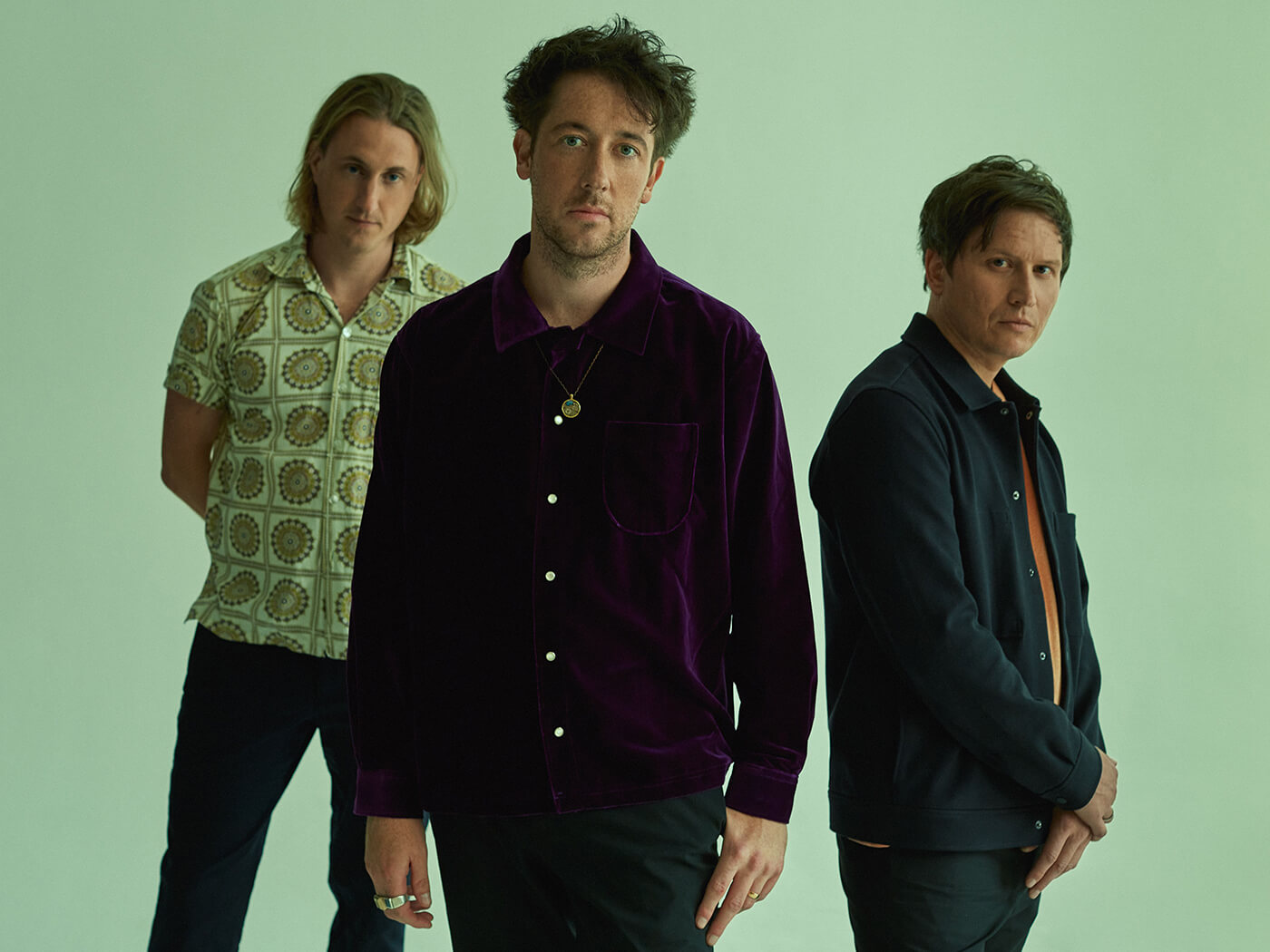 It’s fair to say some fresher faces might be in the crowd this tour, we couldn’t chat to Murph without asking about the remix of their song, Greek Tragedy, which exploded in popularity on TikTok: “I’d never heard the remix before, it’s funny how it happened during the writing of this album with the themes that were going on of letting go and that you aren’t as in control as you think; it was completely random that an influencer would somehow get a copy of this song and start singing it and it somehow took off. It was very strange.” Gen-Z’s favourite app is a powerhouse when it comes to the modern music world, surfacing new artists and bringing classic tracks back to life every day.

Its impact on the music industry is extraordinary but when it comes to the younger crowd, it appears The Wombats are quite used to their ever-growing fanbase: “Before the TikTok thing happened we were seeing lots of new young fans finding our catalogue, hearing about us and turning up at shows and we still don’t really understand it to this day. It was a macro version of everything we’ve seen before, it’s so weird it doesn’t really feel like it happened to us.”

The official account for The Wombats on TikTok has over 120,000 followers and new track Work Is Easy, Life Is Hard explores the ugly side and pressures of social media in the era of cancel culture we find ourselves in. With lyrics of ‘why don’t you chop my tongue out?’ and ‘you don’t speak for me’, Murph admits it’s something he thinks about a lot, “You can’t write a good song with that crap going around your head. You can’t start self-censoring yourself in a creative environment, it’s just bad on so many levels and it’s gonna negatively impact the music and art someone makes.”

He shakes his head, “I feel it’s important as an artist to feel very free in the studio or creative workplace but if there’s anything kind of risky you can figure that out later with the help of someone who has more brain cells than you do!” He chuckles. “I don’t really like to write political songs and I still dont think it’s a political song but it is knocking on that door a little bit. It’s not something I’m gonna get into the habit of doing, they’re quite difficult to pull off.”

Each to their own

The Wombats have a sound that is instantly recognisable and in their 18 years as a band have definitely left their trademark on the world of indie music. This album adds to their brilliant catalogue of cheeky lyrics and astoundingly fun guitar work, but could we ever expect an album from The Wombats outside of their iconic sound?: “I really love cool, weird pop songs. Maybe we could divert from that and do something truly mad like Scott Walker recording himself punching some bacon or whatever he did on that one album! Maybe we could do it one day but it’s not on the top of my to-do list.”

The new year brings the new era of The Wombats and with a very full and very exciting diary, Murph is excited about ‘touring until the cows come home’. The band continue to dominate their genre, shapeshifting and bending to fit every new generation that comes along. They have delivered an album with a core message that we all need to keep in mind as life remains uncertain: “So much more can come from having a positive outlook.”

Fix Yourself, Not The World is out now.