“I’m interested in making a little world out of each song”: Wild Pink on channelling great songwriters on A Billion Little Lights

John Ross on why the New York indie-rockers have brought layers of sound and all manner of stringed instruments to the band’s new LP. 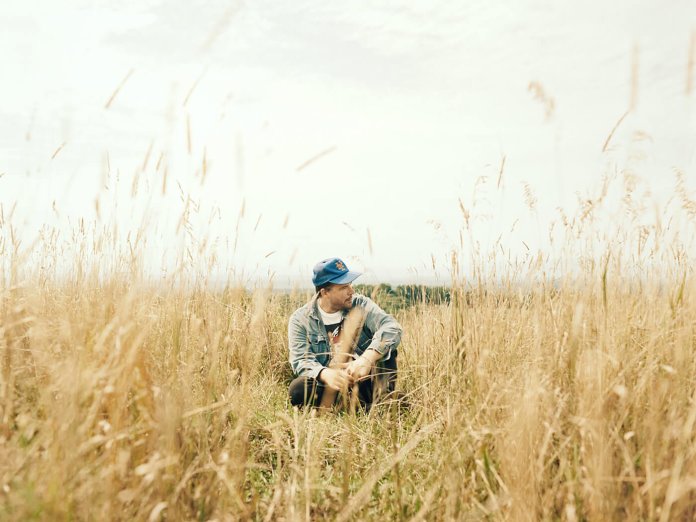 If you’re talking to a musician about the influence of a Bruce Springsteen solo record on their sound, the odds are decent that it’s Nebraska. The same goes for Tom Petty, both with and without the Heartbreakers. The smart money says it’s the blockbuster tunes of Damn the Torpedoes or Full Moon Fever that did the damage.

But if you’re talking to Wild Pink’s John Ross, expect things to be more about Tunnel of Love or Into the Great Wide Open or Wildflowers. Expectations be damned. “It’s not just Petty and Springsteen, it’s Paul Simon and Jackson Browne too, those big classic songwriters,” he says. “My favourite records of theirs are from the 80s and 90s, where they have every resource available to them, and they’re still making timeless music. How can you not want that?”

Eyes on the prize

With Wild Pink, Ross has been zeroing in on this goal for the past five years or so. Each of his records has been a refinement, beginning with the gutsy indie-rock of 2017’s self-titled being retrofitted to encompass sweeping heartland rock in time for the following year’s Yolk In The Fur. Then an intake of breath, but not a pause. Ross’s new LP, A Billion Little Lights, is the result of two years of writing, demoing and recording. It is a meticulously planned, beautifully executed decision to go big or go home.

“That’s something that started on the first record, which was my first time making a record in the studio,” he says. “It got me thinking about recording a lot differently. By the time I did Yolk in the Fur I was able to plan ahead, make things sound bigger, with more and more layers, which was really exciting. When that was done I was like, ‘Oh my God, I just want to keep going with that idea.’ With this record I had a year or two to really drill down into these songs and make them sound as lush as possible.”

Helping Ross to bring the LP to life was producer David Greenbaum, whose experiences of recording with U2, Beck and Jenny Lewis equate to a pretty good Wild Pink Venn diagram. A Billion Little Lights is packed with moments of warmth and granular instrumental innovation, alongside skyscraping melodies and rootsy guitar breaks. It’s hugely ambitious but carried off with a sense of bone-deep confidence. “He totally empowered me to do these things,” Ross says. “I’d have an idea and he’d know how to execute it. I love that so much. It’s such a valuable working relationship.” 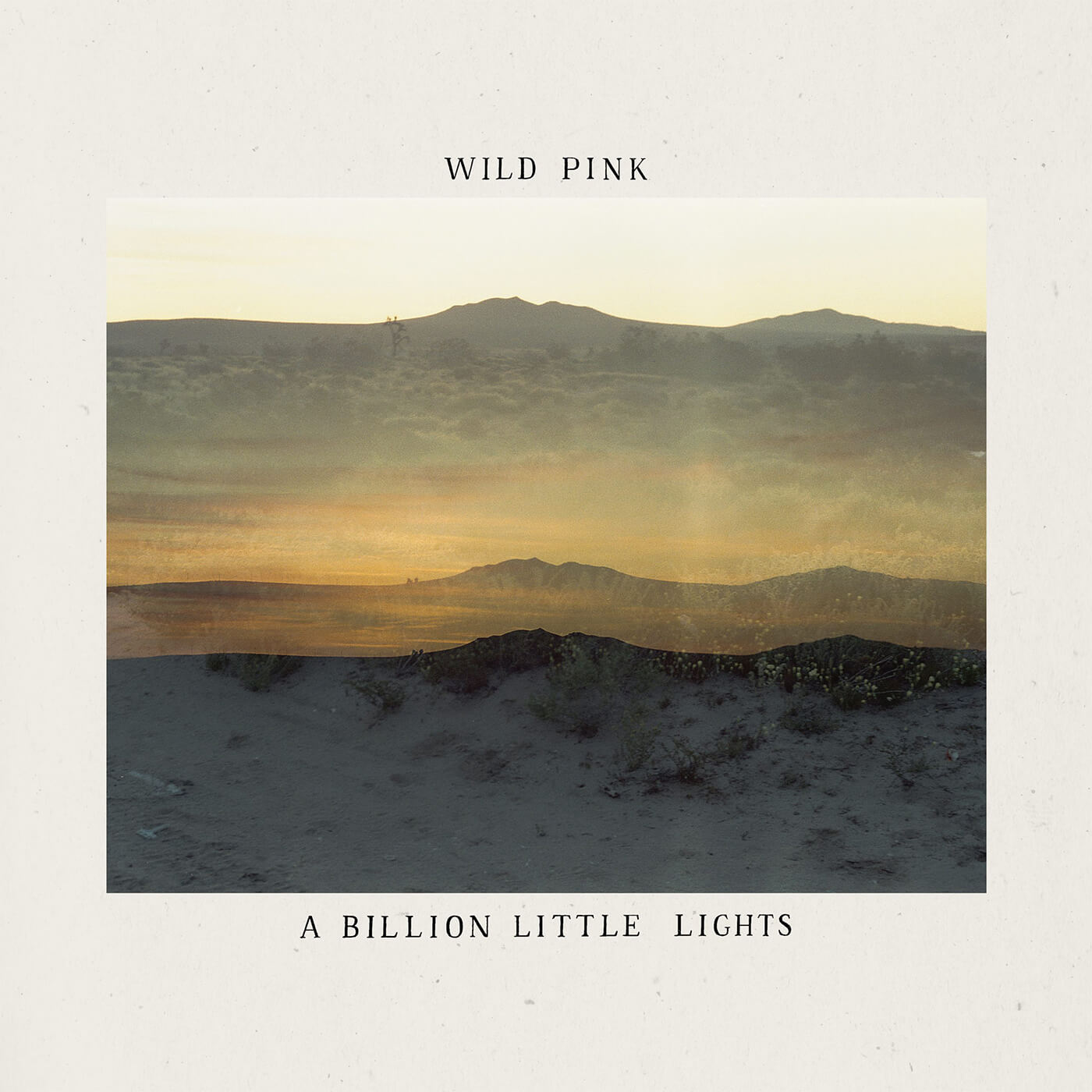 The LP’s lead single The Shining But Tropical told us an awful lot about where Ross’s head was at during the planning stages. On first listen it was an objectively beautiful, synth-heavy indie-pop tune. But repeated investigation revealed hooks that hung in the air and disappeared, getting one shot in the limelight, along with washes of harmonizer and a much, much bigger sense of ambition. It’s not content with verse-chorus-verse or beginning-middle-end. It’s a sunlit wander along streets that might lead you where you need to go.

“More and more that’s what I’m interested in doing, making a little world out of each song,” Ross says. “There are multiple ideas, but they flow as seamlessly as possible. A big part of that is just layering textures. It’s way more fun for me to work when it’s like that, coming up with sounds that I haven’t heard before. I really just like to jam ideas, as many ideas as possible, into a song.

“I shy away from conventional song structures, even though I think these songs are deceptively simple – three or four chords, major keys. If you looked at a chord chart, it looks pretty simple. But I like to subtly and sneakily make it kinda fucked up and harder for the guys to play, at least.”

On A Billion Little Lights the cast list has opened up a little bit. Alongside Wild Pink’s usual rhythm section – bassist T.C. Brownell and drummer Dan Keegan – are a raft of session players and collaborators, and these outside voices offer a gentle shock to the system. All of a sudden Ross, who writes and arranges every note of the band’s music, is dragged from a state of creative autocracy into having his ideas reinterpreted and built upon as he nominally watches from the sidelines. “It’s like Christmas morning when someone plays something great on a song,” he admits.

“By the time I get into the studio, and definitely by the time I’m ready for players to come in and do their thing, the songs are done and everything is icing at that point. I should basically be ready to release a song before anybody else plays on it. Everything that they do totally elevates it.”

Among these hired hands, particular mention should be reserved for violinists Libby Weitnauer and Sarah Williams, pedal steel player Mike Brenner, a regular team-mate of the late Jason Molina in both Songs: Ohia and Magnolia Electric Co, and Julia Steiner, vocalist and guitarist with the Chicago indie-rock band Ratboys.

Whether it’s Brenner’s winding answer to the monolithic synths of The Wind Was Like A Train, the breezy folksiness of Steiner’s harmonies on You Can Have it Back or string arrangements that conjure Springsteen’s palette on The Rising, they add accents and counterpoints to Ross’s melodies, which can skew low-key.

“After the last record our live show featured more singing and guest vocals,” Ross says. “I loved that. I definitely wanted the vocals to not sound boring at any point on this record, which was why I was experimenting with a harmonizer and Julia and Dan, he sang quite a bit, just to freshen it up. As far as Mike goes, I can’t imagine making a record without him at this point. He is wildly talented and creative. Pedal steel is my favourite instrument, gun to my head, and he is amazing.”

Gear-wise, Ross also tends to view a small group of trusted advisors as the way forward rather than spending time getting lost in a crowd of instruments. “I lean pretty heavily on a handful of synthesizers,” he says. “My guitar that I take on tour, my go to electric, is a J Mascis Jazzmaster. I put a Mastery bridge on it and that’s about it. It’s pretty much stock and a total workhorse. I love it. As far as acoustic goes I have a nylon Alhambra, nothing nice but a cool, vibey classical guitar. That’s probably my go to when I’m just sitting down on the couch and zoning out.”

Way back at the start, while touring Yolk in the Fur in 2018, Ross was toying with the idea of making a double album based around the American west, with all of the open skies, empty plains and complex history that entails. That plan eventually fell into disrepair (“Who wants to hear a double album right now?” he recently told Corbin Reiff’s Sonic Breadcrumbs newsletter) but a sense of its scope remains in songs that conjure endless miles of open road, the sun racing towards the horizon, and Laurel Canyon jams on the radio.

A Billion Little Lights is wistful and unabashedly pretty in a way that only a New Yorker (or anyone who doesn’t live somewhere else, basically) could assume the west coast to be. “The record is definitely rooted in the west, both in a historical old west kind of way and also in an L.A., breezy, airy kind of vibe,” Ross says. “The through line is not so much a specific time and place but a mood that’s consistent throughout. I’d totally place it as a western, Californian feeling to me, as someone who’s never lived there. We recorded in LA. In more ways than one it is a record in and of the west.”

What will come around the next bend for Wild Pink is a difficult one. This record leaves in its wake the nagging doubt that Ross might have perfected this iteration of the band’s sound, and to try to outdo it might inevitably mean failure. But, equally, it’s easier to imagine him performing from behind a wall of synths in five years’ time than it is to picture him playing coffee house-ready songs on an acoustic, foregoing the bells and whistles. “That’s something I’m thinking about now, where to go next,” he says.

An upcoming five-piece acoustic live stream to celebrate the release of A Billion Little Lights is set to situate Ross right at the centre of this crossroads. He is keenly aware of the push and pull between how a song is written and how a song is subsequently staged, but tends to view each discipline as equally exciting. “I think it’s really cool when a song starts on a guitar, but it’s not a guitar song,” he says. “You can always go back to picking up an acoustic and playing it, and it sounds great. It sounds like the way it should be too, you know?” Yeah, man, we know.

Wild Pink’s A Billion Little Lights is out now through Royal Mountain.