Myers also discusses using a banjo for hard rock and composing songs The Clash would be proud of.

How does a band continue to innovate seven albums into their career? It’s a question that Shinedown considered before entering the studio to begin work on Planet Zero. With bass player Eric Bass once again in the producer’s chair, the quartet chose to forego the cinematic sound heard on Attention, Attention, opting for a more streamlined, stripped down approach.

This has allowed the band to focus on more prescient matters, notably the subjects tackled in vocalist Brent Smith’s lyrics and the sonic choices for guitars. Lead guitarist Zach Myers admits that they’ve recorded some of his favourite riffs the band have ever penned on this LP, thanks to their uncluttered efforts in the studio.

With a collection of Marshalls at hand, including a 1977 Marshall JMP and a 1972 blonde Marshall 4×12 cabinet, the Tennessean lent his hand to Telecasters, vintage Les Pauls and even a banjo on America Burning, Myers revealing that they “wanted to approach this as a juxtaposition to the heavy riff”. Below, he details his five favourite guitar parts on the album.

“This is probably my favorite riff the band has ever had — this was 100% our bass player and producer Eric Bass. I remember him saying before he wrote it, that he wanted to write a riff that made our peers say ‘fuck I wish I wrote that riff!’ I think he did just that, simply by the texts I was getting from friends in other bands the day we released it. It just has this certain groove mixed with aggression that has a slight ‘Rage’ feel to it. It’s one of my favorite riffs ever. Eric and I have always believed standard tuned riffs hit the hardest.

“This one is straight A, 440. And it does the trick for sure. We’re in standard tuning for this one with a Gibson 1978 Factory Second. In addition to this a 1983 Les Paul Custom we got from Rich Ward of Fozzy back in the 90’s, when he was opening for Stuck Mojo a bunch. We loved using multiple amps at one time for this song specifically; a Roland Jazz Chorus 90 combo with a Marshall 80 JCM with the same extra preamp tube mod, Marshall 4×12 cabinet loaded with Celestions for cabs.” 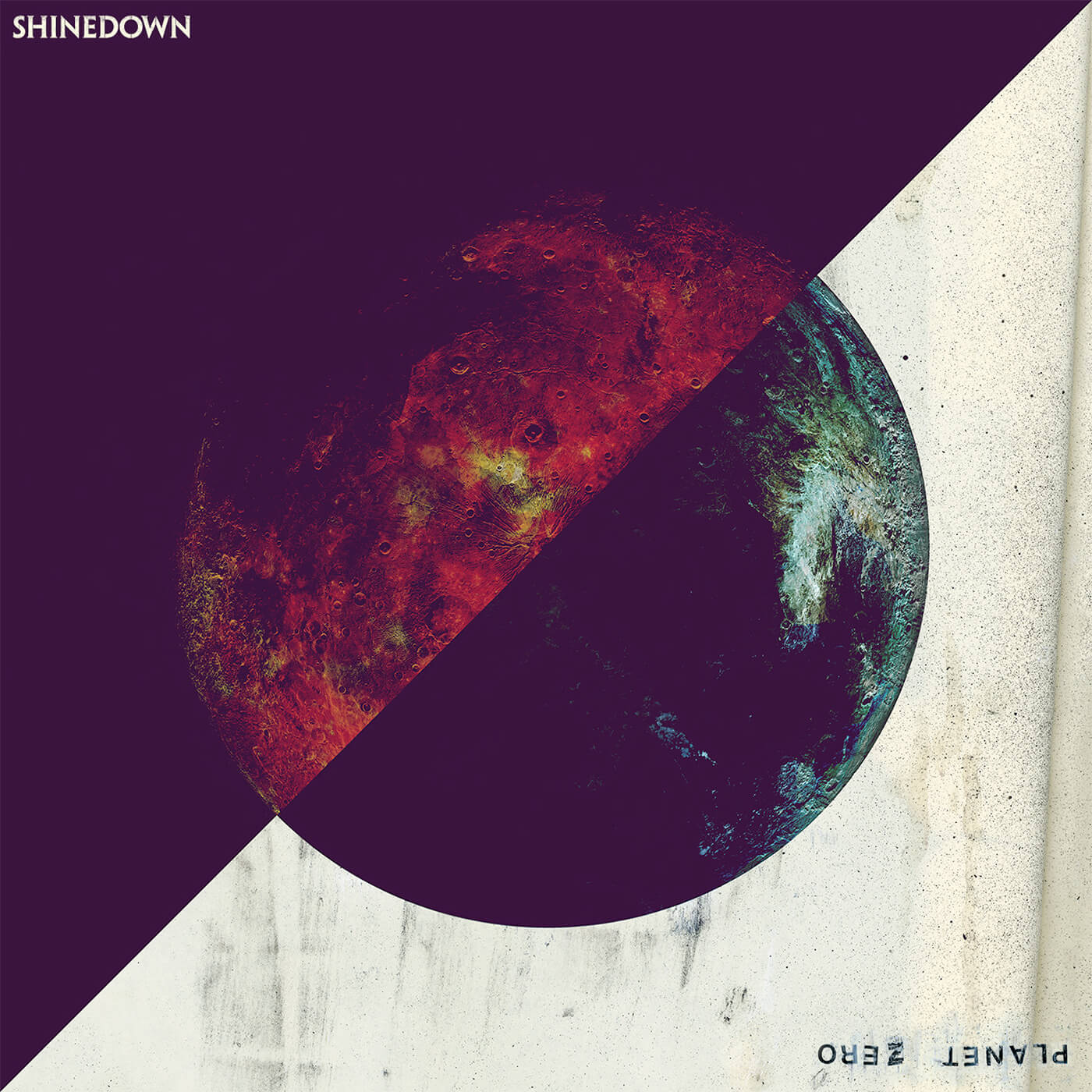 “This is probably the most simple but effective riff on the record and the first time in history of the band that I think anyone has brought in an entire song finished — lyrics and all. I was certainly nervous as hell about bringing it in, but it certainly has a classic Shinedown feel to it. I think the simplicity of the whole thing really lends itself to the subject matter of the song. Sometimes it’s those simple riffs that carry the weight of the song. There’s a demo of me singing it that I hope no one ever hears [laughs]! There’s Drop D tuning on this one. On the main rhythm tone, we had a Gibson 1978 Factory Second which was an anniversary gift from Eric’s wife Kellie, long before Shinedown.

“I also dove in with a 1977 Telecaster, bone stock and in perfect condition. I got it from Ray Ranson about five years ago from the Papa Roach family. It must’ve been under a bed for the last 40-ish years, it’s perfect. Still has the original ash tray. Marshall 4×12 cabs loaded with Celestions, bottom speakers are 25 watt and top are 75 watt here. [There’s also a] 1977 JMP with an extra pre-amp tube mod done in the mid 90’s. Eric’s owned that since 1996-ish.”

The Saints of Violence and Innuendo

“I’ve always felt like this one was heavy in a different way in the sense it feels like something The Clash would have written in this day and age. It’s always felt like a song to me that’s a Riot In The Streets vibe. The incredible Telecaster tone that Eric got in the studio for this one really stands out as its own thing that sounds nothing like anything else on the record. It’s in standard D but almost played so hard that it knocks itself a little wobbly on the tuning. To get that beefy tone, we used the same 1978 Gibson, and same amps and cabs that we used for Dead Don’t Die.”

“Having a banjo intro to a heavy modern rock song is not something you normally hear but we wanted to approach this as a juxtaposition to when the heavy riff came in. Which, again, is an Eric Bass riff, it’s super jumpy and honestly one of the most fun riffs to play. It really doesn’t remind me of anything riff-wise we’ve ever had in the seven records we’ve done. This is just a Tele on stun which is one of my favorite tones on the record. Also, popped in a Gretsch G5260 Baritone with a 1972 Blonde Marshall 4×12 cabinet, loaded with Vintage 30s.”

“I’ve always been obsessed with The Edge and delays. This one is so out of the box for us, it’s almost a straight up pop riff! I just love this Telecaster 16th note delay feel it has. It’s pretty much straight up DI’d guitars in the chorus, which makes it sound like this huge array of amps when truly it isn’t. We used this Epiphone combo amp for a ton of the color parts on the record and this amp is all over this song.”

Planet Zero is out July 1 via Atlantic.