Mermaidens’ Gussie Larkin: “The guitar is another voice within each song”

The Wellington-based guitarist talks the band’s new LP Look Me In The Eye, the influence of riff-based bands and developing her own chorus pedal. 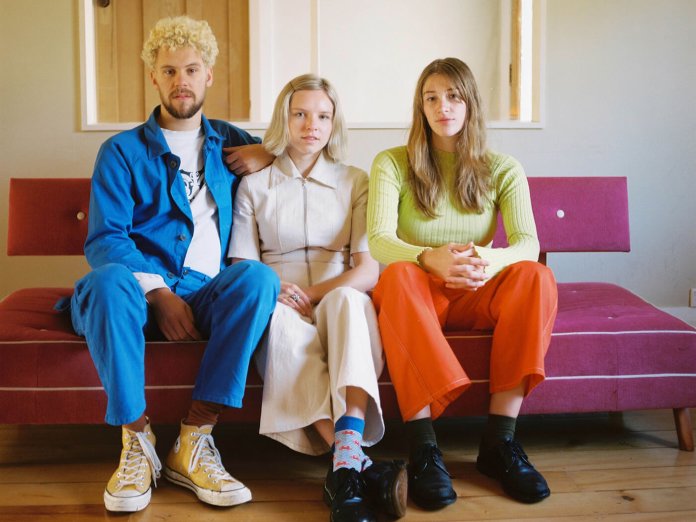 Look Me In The Eye is the third album from Wellington-based band Mermaidens. Drawing on the influences of Warpaint, PJ Harvey and a multitude of riff-orientated rock bands, Gussie Larkin and her bandmates Lily West and Abe Hollingsworth have pushed their sonic limits, producing a vibrant and exploratory new LP. The viewpoints of both singers and front-women help frame the new album, allowing them to create a dialogue on both female collaboration and friendship.

Gussie’s tireless work ethic and love for the guitar is apparent throughout the record, which she attributes to “not very good at relaxing and sitting around.” Noted for using a vintage Tokai Humming Bird among other interesting six-strings, here she tells us why a Stratocaster copy kick-started her love of guitars, finding alternative ways to market their new album and promoting diversity in the industry.

What drew you to pick up a guitar?

“Curiosity and a good dose of teenage angst. We had a very sorry looking classical guitar that I plonked away on until my parents gave me a red Strat copy for my 13th birthday. From that point on I felt like picking it up a lot more often!” 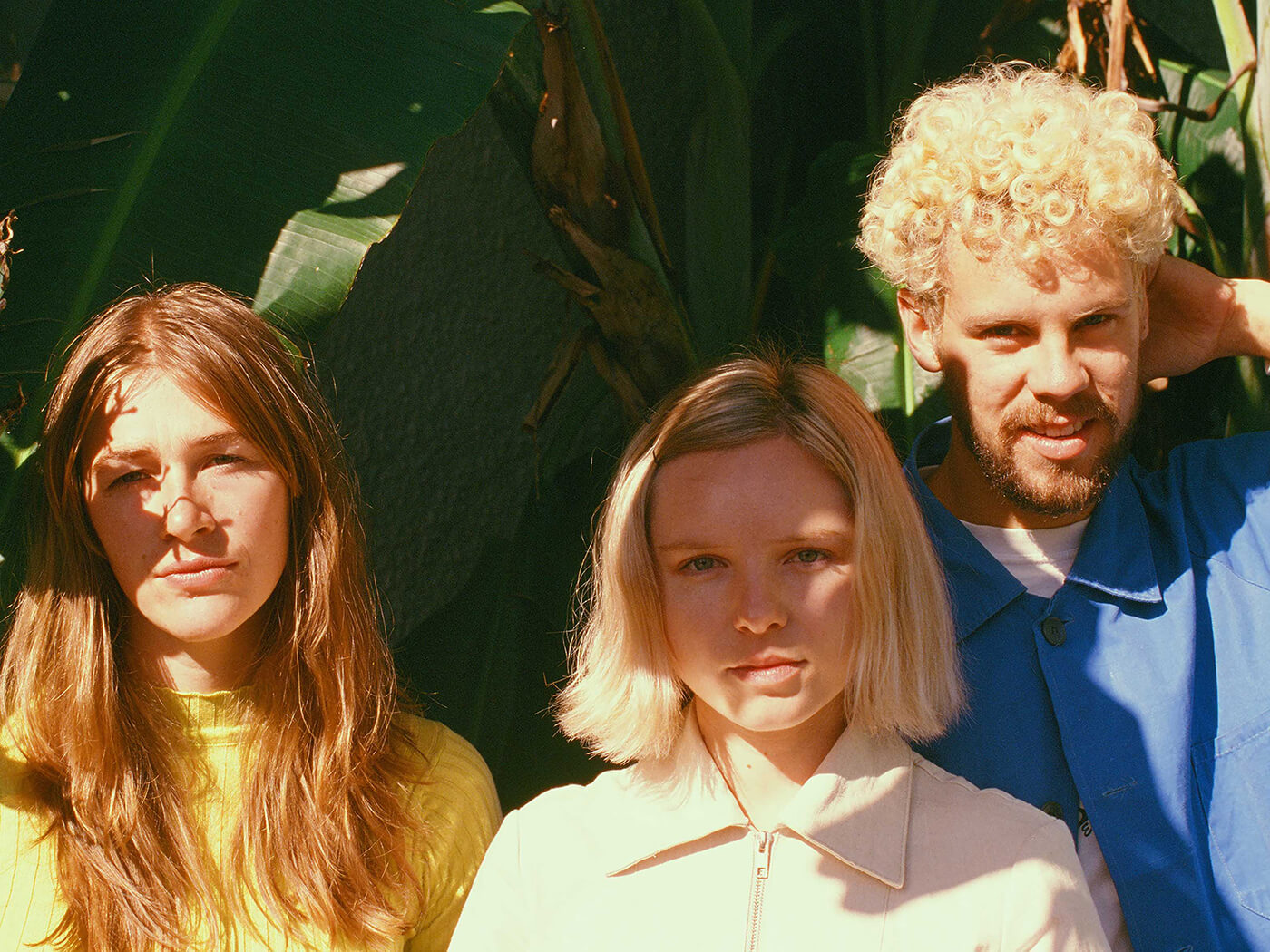 Your influences, such as Warpaint and Fugazi, form an eclectic melting pot. Can you talk us through them and describe what impact they’ve had on your music?

“Warpaint are one of my most enduring influences. When I discovered them as a 15-year-old I was completely mesmerised by the interplay between each player and the fact that they all took turns singing. It was a pretty big thing for me to see a new band made up entirely of women too. Of course, that had a big impact on my confidence when I was starting out.

“As a mostly self-taught player, I think I’m drawn to guitarists with unusual styles and ways of playing. St Vincent is a guitarist I really admire because you can tell she writes mostly by ear, rather than thinking too much about chord progressions and rules.

“I’m a fan of really riffy bands too, like Fu Manchu, Queens Of The Stone Age and Red Fang to name a few. Maybe that doesn’t come through as much in Mermaidens (I have my side project, Earth Tongue for that) but those bands definitely influenced my sense of groove as a guitarist.”

Your new album Look Me In The Eye follows the critically acclaimed Perfect Body. Did you feel pressure when recording your third long-player?

“I’m a person who has really high standards of myself so yes, definitely! I think getting the guitar parts right was really important for this album. I don’t have a conventional style so it’s like the guitar is another voice within each song. Recording the guitar parts in the studio is the best bit, and it was great to work closely with our engineer James Goldsmith on the effects. He gets super nerdy and obsessive about tones. We’re a good match!”

You also developed a chorus pedal, the Moon Cycle, with your former drummer as part of the new album’s promo. Why did you choose to design your own pedal?

“We were thinking about how we could promote the album in a more interesting way than just sending out a million press releases. We were in the studio and this idea came up. At that time we were using a lot of analogue delays, choruses and flanger effects on the album so we knew it had to be a chorus pedal.

“Emerald [Rose, fellow Kiwi musician and FX builder] is a really talented guitarist and builder of amps and pedals. We wanted to collaborate with her not only because she’s super cool but also to give exposure to her talents. There’s a severe lack of women working in the music gear industry, so we hope that this project is a step towards a more equal industry. Our bassist Lily illustrated the face of the pedal. She’s behind all our album art, posters, etc.”

“I use a Catalinbread Topanga reverb pedal which is always on. Then I have two analogue delay pedals, an MXR Carbon Copy and a Boss DM-2 from 1983. After that is a flanger that came from a charity store and two Tube Screamers – one for overdrive and the other as a boost. My favourite pedal is the New Zealand-made Crowther Hotcake, a tried and true overdrive that can go really fuzzy. Depending on the set, I might add my Russian Big Muff to the chain. If I’m at home in Wellington I’ll be playing through a NZ-made Jansen 8/40 combo. Jansen manufactured amps from the 1960s and this one is modelled on a Fender Twin. It rules.”

You’re known for your tireless work ethic, having released three albums in four years and playing with the likes of Mac DeMarco, Sleater-Kinney amongst others. How do you maintain that ethos?

“I’m not very good at relaxing and sitting around. I always feel like I should be doing something, making something! My bandmates are like that too, so I guess we egg each other on.” 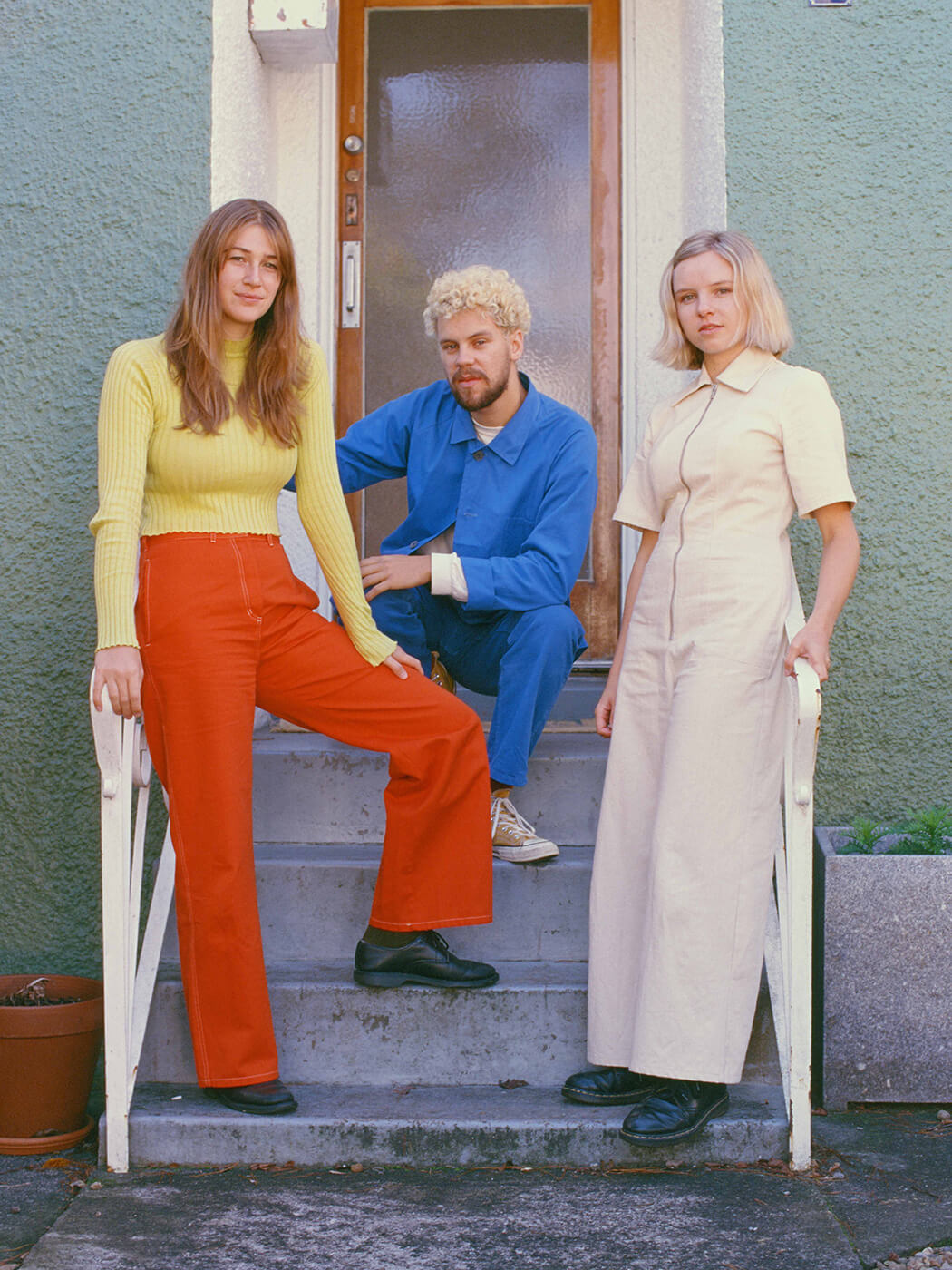 Following the release of Look Me In The Eye and your recently completed UK tour, what’s next for Mermaidens?

“We’ll be supporting Gang of Four in our hometown. We were listening to them a lot during the recording of our latest album so I’m really excited about that. After that, we’re looking forward to writing some new tunes.”

Mermaidens’ Look Me In The Eye is out now on Flying Nun Records.