Six guitar pros on why you shouldn’t obsess over gear

It’s easy to get carried away with GAS. But before you do, take stock of everything, really understand the nuts and bolts, and try to make the most of all you have. 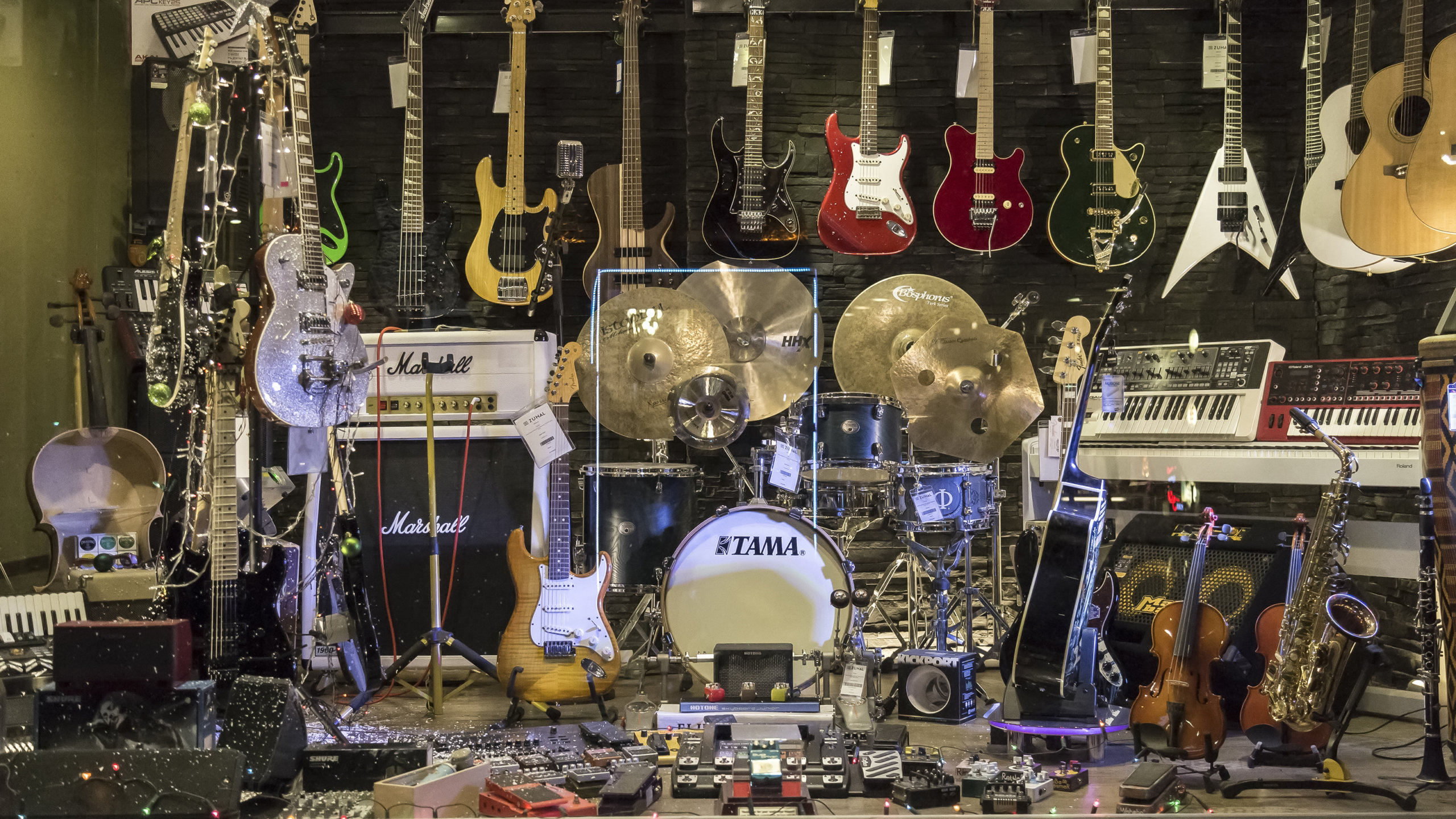 Owning the sweetest guitar on the face of the planet won’t make you a better player, nor will daisy chaining dozens of boutique pedals and firing up an ancient tube amp once owned by Hendrix. Rather than obsessing over which overdrive or delay to buy, spend that time actually playing—or heed the advice of these six guitarists, including BB King and Marty Friedman, on why too much gear can be bad for you.

“You can make great music on cheap gear”: Richie Kotzen

A $5,000 guitar and a constellation of pedals at your feet won’t make up for sloppy playing or a bad song. The key, according to Richie Kotzen, is in the performance.

“If you have a shit performance but it’s recorded on half a million dollars’ worth of recording gear, it’s still gonna be a shit performance,” he told Guitar.com. “My point is you can still make great music on cheap gear. It’s not about the gear. People get caught up in it, but in the end, it’s really about the performance and the song. That’s the ultimate point.”

“A guitar is just a tool”: Marty Friedman

For Marty Friedman, guitars aren’t works of art that should be coveted. They’re apparatus to make music, nothing more. It takes a bit of the romanticism out of collecting gear, but hear the former Megadeth guitarist out.

“I’m not one of those guys who has a favorite guitar,” he said. “A guitar is just a tool. I was never one of those guys who babied guitars or had a special guitar. I just want a good work tool that stays in tune and sounds good. It doesn’t really go beyond that at all, boringly enough! I wish I had a Lucille story.”

“I don’t carry no eight or ten guitars”: BB King

That “Lucille story” is, of course, BB King’s. All his guitars since 1949 have borne the same name, although it is largely associated with his signature black Gibson, based on the ES-355. And the late bluesman wasn’t picky with what he played—only two guitars would accompany him on the road. “I ain’t like a lot of guys,” he quipped. “I don’t carry no eight or ten guitars because I can’t play ’em all. But I usually keep two, just in case sometimes when we travel, something may be wrong with one.”

King would also be the first to admit he doesn’t obsess over guitars and gear. “A guy told me the other night he had a vintage ES-335, I believe, and I don’t know the difference,” he said. “I just know it’s a good guitar. But in my case, I play the ES-355; it’s a solid-body one. And that’s all I think about. I don’t think of all the others. I think all of them sound good. It has to do with the guy that’s playing it, I think.”

“You can lose a lot of your identity with effects”: Andy Summers

Before amassing a collection of pedals that would make the nerdiest post-rock fan blush, try to create as many sounds as you can with your fingers. That’s the advice of Andy Summers, whose inventive licks and guitar acrobatics come from his deep understanding of—and experimentation with—the instrument itself.

“The trouble is, with a lot of effects, it can have the reverse effect. Because if everybody is buying the same sort of boxes available, a lot of people are going to sound the same. If you really want to get a sound, you’ve got to kind of find it with other means,” the Grammy Award-winning guitarist explained, adding that Jeff Beck gets his sound out of his fingers and thumbs, not out of effects.

And although Summers confessed to being gripped by effects for a period, he grew out of it. The longer he played, the more he didn’t want to use them, he said: “Because you start to like what really comes out of the sound of the guitar and what you can do with your hands, and your choice of notes and time. [Playing with effects] was fun for a while, but you can lose a lot of your identity with effects.”

“A lot of ’57 Strats were far from great”: Hartley Peavey

It’s perhaps best to know that the mystique of vintage gear is precisely that: mystique and nothing more. In fact, many newer guitars are built better simply because they aren’t hand-made, and because of technological advances since the mid-century, claimed Hartley Peavey.

“We seem to be stuck in a time warp,” the founder of Peavey Electronics said. “A lot of people think that the best guitars that will ever be were invented back in the ’50s. And they actually believe that the guitars made back them were better than the ones that are made today—that’s not true.”

Consistency is a big issue that plagued guitars built before the dawn of computerized manufacturing, according to Peavey. Even Leo Fender had told him that. “If I told you I had a ’57 Strat, you’d probably say ‘Wow!’ But you know what? There were some great ’57 Strats, but there were a lot of them that were far from great. And the reason for that is the way they used to make things: It was all a hand-made process.”

“If you can’t find it in your fingers, you ain’t gonna find it in a rack”: Steve Prior

Steve Prior, who has been behind the scenes at Jeff Beck’s and Brian May’s gigs as their guitar technician, isn’t a believer in running the instrument through refrigerator-sized racks. “You see all these players with racks full of shit and processing, and all you end up with is a thin, nasty, digital sound,” he lamented. “I have a saying: If you can’t find it in your fingers, you ain’t gonna find it in a rack.”

Prior’s a traditionalist when it comes to gear. He thinks a “couple of dirty great big tubes and a decent guitar with some heavy strings” are good enough. “Stevie Ray Vaughan, Jeff Beck, all the great players have all had the simplest of set-ups,” he said. “And they’ve been great because their fingers do what it is that made them great.”