A guitarist’s guide to MIDI

MIDI is one of the most misunderstood and mistrusted technologies in the guitar world, but it offers a huge potential for you to control your rig in otherwise impossible ways – here’s why you shouldn't be afraid of going digital.

MIDI – the very name often strikes fear into the hearts of guitarists, who view the whole concept as some strange arcane magic best left to synth players and Allan Holdsworth. And for many years – when analogue was a byword for ‘good’ – the notion of our guitar sounds being digitised in any way was absolutely unthinkable for those who prized that ethereal concept of ‘tone’.

But those years are long gone – look down at your pedalboard, chances are your favourite delay or reverb pedal uses all manner of digital jiggery pokery inside it. Hell, your amp (if you even use one) probably has some sort of digital wizardry going on that makes it sound good at lower volumes.

So if we no longer fear digital in our signal chains, surely that also applies to MIDI? After all, MIDI really isn’t an audio medium at all, but simply a way to communicate a message to be re-produced on a sound engine like our amplifiers or effects pedals. More specifically for guitarists and bass players, it’s a way to bring the controls on your pedals and amps to a more accessible location – like your pedalboard.

MIDI is misunderstood, but hopefully this guide will help to demystify this most useful technology and encourage you to make use of the advantages it offers the gigging and recording guitarist.

MIDI (Music Instrument Digital Interface) communicates the pitch, timing and dynamic (more commonly known as velocity) of a performance across to different mediums that can send and receive MIDI themselves. MIDI isn’t limited to programming VST plugins (Virtual Studio Technology) like grand piano, orchestral swells or beats. Because the language MIDI uses is also helpful for automating or controlling expression, it can control effects changes for guitar players who need their feet for stage moves instead of switching multiple pedals on and off throughout a song.

For example, while a MIDI keyboard might communicate the note, velocity and rhythm of a keyboard performance, the rate, depth and blend of a tremolo can be controlled in the same manner. Alternatively, the channels of some amplifiers can be switched on and off via MIDI. MIDI is communicated via traditional 5-pin MIDI din cables or via USB, the latter being able to send and receive MIDI via one cable. While there’s a world of recording software, or DAW (Digital Audio Workstation), applications for MIDI that we’ll cover another time, more and more effects pedals are being designed and released with comprehensive MIDI integration to make taking control of MIDI simple!

Best of all, MIDI-enabled products are often designed for super easy set-up because of how complex the routing and signal can be. It’s important to remember that MIDI for guitar is oftentimes used to assign control to different parameters of our sound, rather than create, synthesize or replace sounds entirely.

What does MIDI have to do with guitar?

One of the most popular uses of MIDI in guitar playing is via MIDI switchers that are used to toggle patches or presets on and off, oftentimes with the ability to do multiple effects at once. These switchers work for both amplifier modelling units or analogue equipment. MIDI expression pedals offer the same results, but with more scope for adjustment because of how they allow for subtle adjustments between either ‘on’ or ‘off’. MIDI Expression pedals can be used to control more than just increases in volume of an effect, but can control the time or tone of a delay, how much grit of a saturation pedal is blended in or the mix of a modulation pedal. MIDI for guitar doesn’t affect your playing so much as it removes some of the manual work around switching sounds, while also enabling you to expressively adjust elements for a unique, live performance.

What does MIDI do that analogue signals can’t?

Analogue pedals can still be routed into MIDI switching systems, bringing the on and off switches to a more convenient location. Your tone still runs through the analogue circuitry of your pedals and amps, but the switching is done via MIDI without any interference to the sound of the pedals themselves. What’s more, analogue sounding pedals with digital circuitry are increasingly popular and the parameters for control are improving all the time.

If you own a pedal with a USB connection, chances are your pedal board is ready to be integrated with MIDI whenever you are! Most modern digital pedals will have some MIDI integration available, which is fed by a ¼” jack somewhere on the pedal in the absence of a 5-pin MIDI jack or USB. In this case, you could use a MIDI expression pedal and assign the MIDI jack to control one part of your effect such as chorus depth or tremolo speed. The existing signal path is left unchanged, but with added control, so you’re not at risk of your tone morphing into some 8-bit, digitised MIDI beast!

The thing to remember is that not all pedals can send and receive MIDI for every variable, so if you want complete digital control over your tone at all times, a digital rig with an amp modeller can be a great solution. 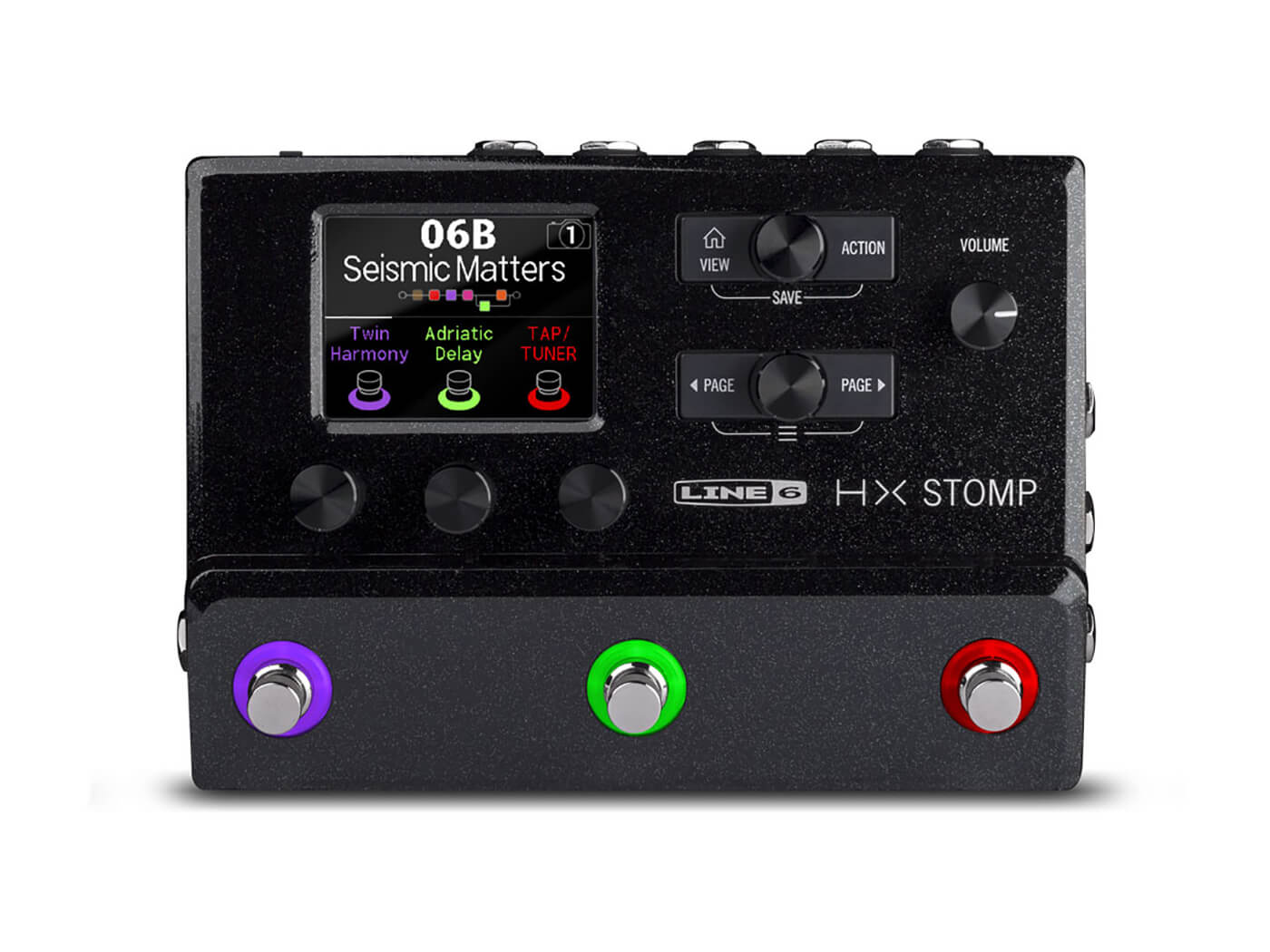 What other ways do guitarists use MIDI?

Digital modelling is an increasingly popular method for writing, recording and performing music. Amplifier modelling and profilers produce sound by replicating the signal chain of an amplifier. We access digital modelling sounds, or patches, either in plugins in our DAW, or via specific modelling hardware.

These amplifier profiles are made of meticulously programmed digital code, the advantage being that generally, MIDI information can be inserted at any point in the signal chain, and therefore controlled. Pedalboards used to control these systems are often entirely MIDI, with footswitches toggling effects on and off and expression pedals being programmable to different variables, even available to different jobs on different patches. The patches simply understand the MIDI information telling them what to adjust and when to adjust it, based on your input, and the effects move and oscillate as subtly or aggressively as you’d like!

How can I incorporate MIDI into my own rig?

MIDI switchers are a great way to begin harnessing the power of MIDI if you’re a tone purist whose rig is purely analogue. Alternatively, you can check your existing pedals for USB connections or jack inputs labelled ‘MIDI’.

MIDI is a universal language that’s been adopted and integrated into an increasing number of musical equipment, and it doesn’t have to be strictly digital or electronic music, as MIDI information can be carried via a variety of mediums, and the information can be allocated to a variety of jobs. At its most basic level, MIDI can communicate simple on and off switches for our pedals. Taking it to another level, we can use MIDI to control and automate different parameters of our guitar pedals so we can focus on the playing and not spend our time dancing across our pedal board. MIDI frees up your feet for dancing – and isn’t that what music is all about?