Fender returns to the world of pedals

The company is once again courting stompbox enthusiasts with six effects that range from distortion to delay. 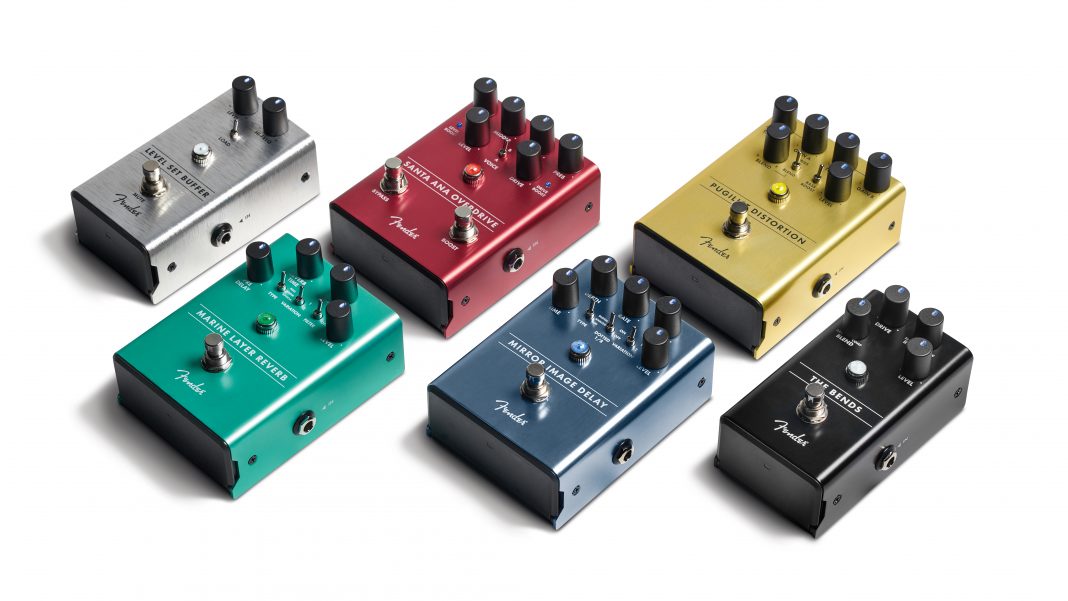 Not since the ’80s has Fender released original effects pedals, but the company is now back in the stompbox business with six new units: the Pugilist Distortion, Mirror Image Delay, Bends Compressor, Marine Layer Reverb, Santa Ana Overdrive and Level Set Buffer.

The Pugilist Distortion has two gain stages with independent controls, which can be used individually or stacked to taste with a blend control. The gold aluminum pedal also includes a bass boost to fatten up your tone.

The Mirror Image Delay is an atmospheric delay that offers slapback echoes or epic soundscapes with modulated repeats. You can pick and mix between digital, analog and tape modes.

The Level Set Buffer lets you swap guitars mid-show without needing to fiddle with knobs on your amp or other effects. It helps you maintain an even signal strength, which can be tweaked using the “Level,” “Hi-Freq” and “Load” controls.

The Bends Compressor allows you to choose your preferred amount of compression and sustain to tame the dynamic range of your signal.

The Marine Layer Reverb packs in hall, room, and other modern and old-school reverb types. As a nice touch, the pedal also issues out reverb tails that linger well after the stompbox has been deactivated.

The Santa Ana Overdrive is a FET-based overdrive that promises a spectrum of tones, from edge-of-breakup crunch to fully saturated sounds. It comes with two switchable voices, a three-band EQ, and both a bypass and boost footswitch.

All the stompboxes are housed within anodized aluminum enclosures and bear signature Fender touches, such as the company’s famous amp jewels.

The Fender pedals list for $99.99 to $149.99, and will be available in February. For more information, check out fender.com.