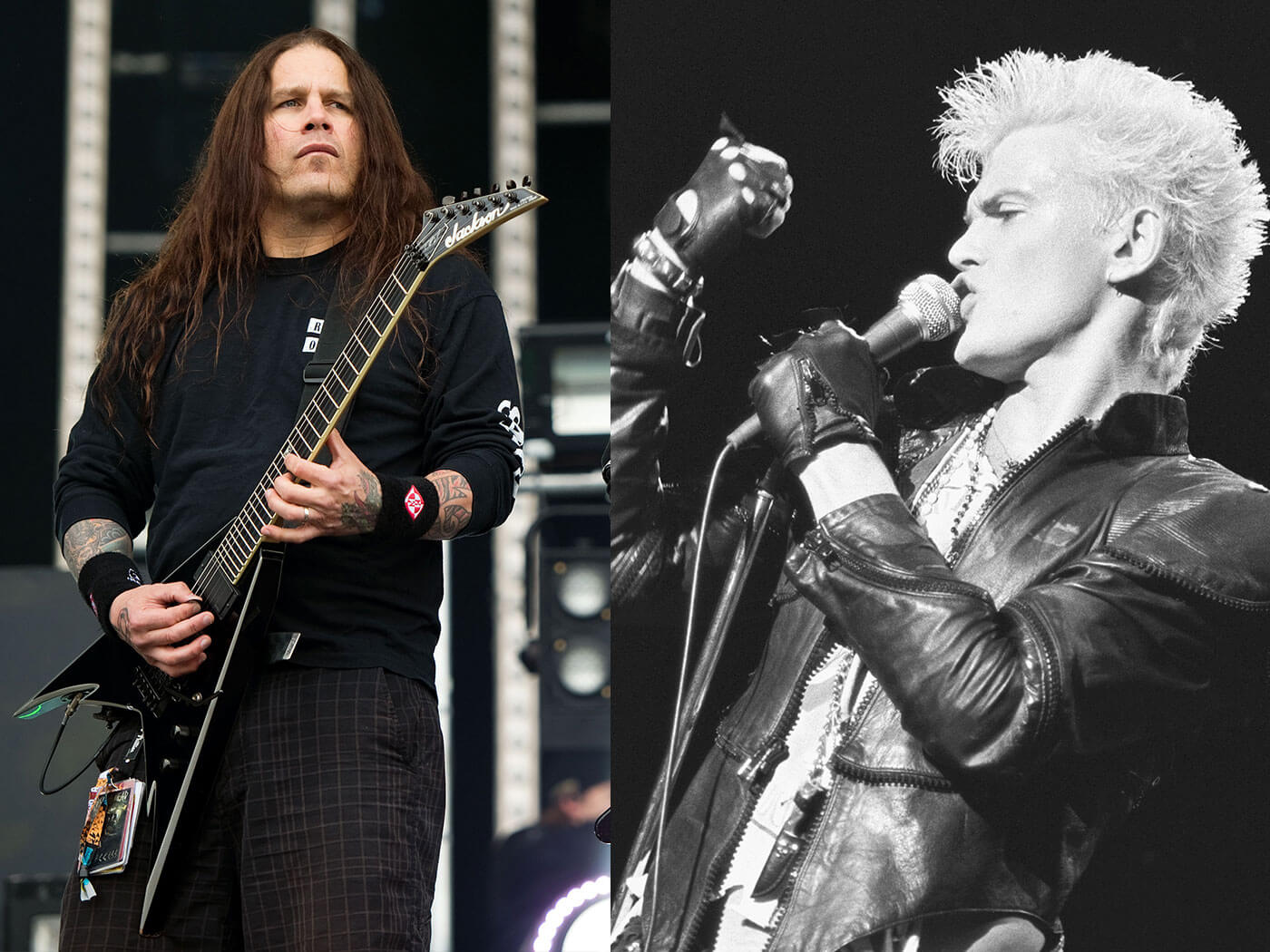 Members of a number of metal bands have converged to cover Billy Idol’s classic, Rebel Yell. Musicians from Converge, Vio-lence, Volumes, Potion and Havok appeared on the heavy metal talk show Two Minutes To Late Night for the cover.

Vocals, provided by Volumes’ Myke Terry and drums, provided by All Pigs Must Die’s/Converge’s/Mutoid Man’s Ben Koller, play off the guitar work of Potion’s Lee Jowoono and the bass work of Havok’s Brandon Bruce. Phil Demmel of Vio-lence and Machine Head makes an appearance halfway through, delivering some sizzling lead lines from the inside of a spaceship.

The musicians are joined by Jordan Olds, host of the show and the comedian behind the corpse-paint-donned character Gwarsenio Hall. Listen to the cover below:

It’s not the first time the show’s collected a group of metal titans to cover an ‘80s hit – among many others, the show got Emma Ruth Rundle alongside members of Mastodon and Old Man Gloom to cover Kate Bush’s Running Up That Hill.