A number of impressive pieces of rock history and memorabilia are going up for auction next month as part of Julien’s Auctions’ Legends Of Music sale, including guitars owned and played by Eddie Van Halen and Prince, Bob Dylan’s original handwritten lyrics, and a self-portrait drawn by Nirvana frontman Kurt Cobain.

The items are open for bidding now, with the auction officially taking place on 11, 12 and 13 June.

Five Charvel guitars are part of the auction. Each one was hand-striped and played on stage by Eddie Van Halen, and comes with a hardcase and a certificate of authenticity signed by Eddie himself. Each lot includes a photograph of Eddie playing the guitar in question on stage, with the certificate of authenticity noting the date the guitar was used.

This Cloud Guitar was commissioned to luthier Andy Beech by Prince in 1994. The guitar comes with a hardcase and a laminated tag that reads: “PRN Productions / 7801 Audubon Road / Chanhassen, MN 55317” on one side, and “117” on the other. 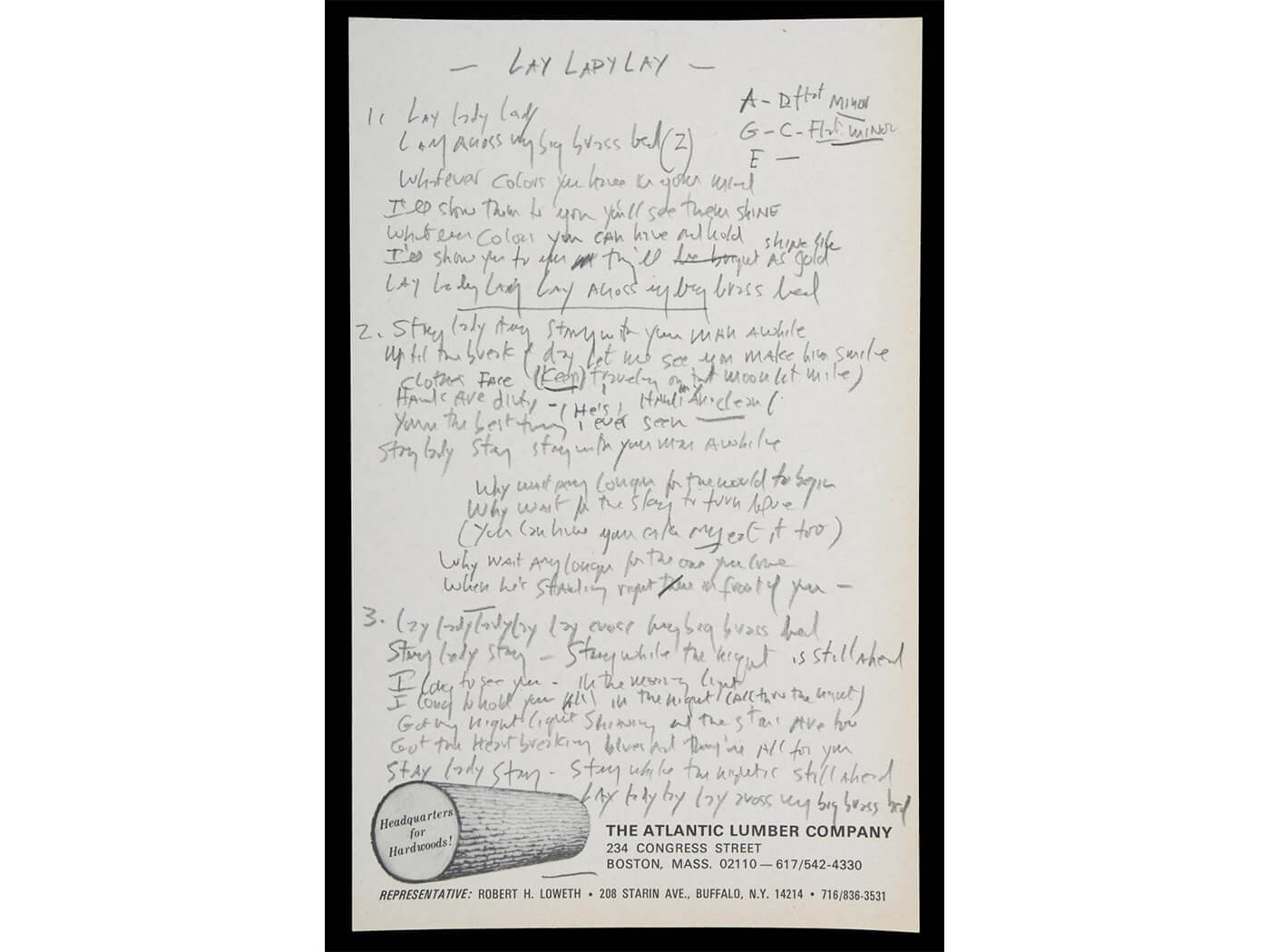 Bob Dylan’s original handwritten lyrics for Lay Lady Lay are seen here written in pencil on a sheet of notepad paper (branded by The Atlantic Lumber Company). They’re an early version of the lyrics, as they do not match those in the final song exactly.

The lot includes a letter of authenticity from Jeff Rosen, President of Bob Dylan Music Co., who represented Dylan for 35 years. 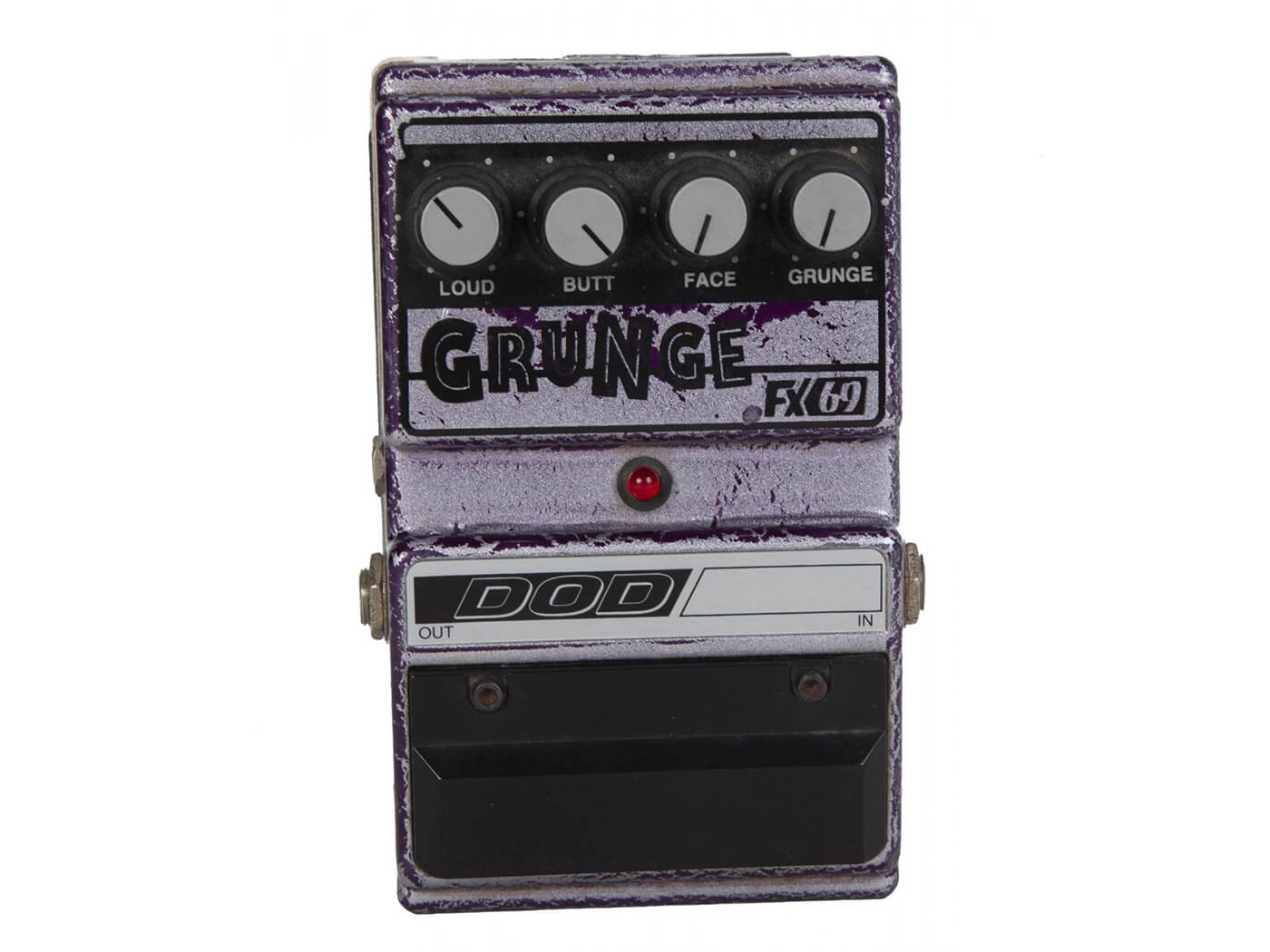 Two notable pieces of Kurt Cobain memorabilia are part of the Legends Of Music auction: a DOD Grunge pedal and a self-portrait drawn by Cobain. The distortion pedal was used on stage on 29 December 1993. The listing includes a letter of authenticity from fan Diana Costa, who was in the audience when Cobain accidentally turned on the pedal, causing him to unplug it and throw it off the stage. It was picked up by a member of venue staff, who Costa then asked the pedal for. 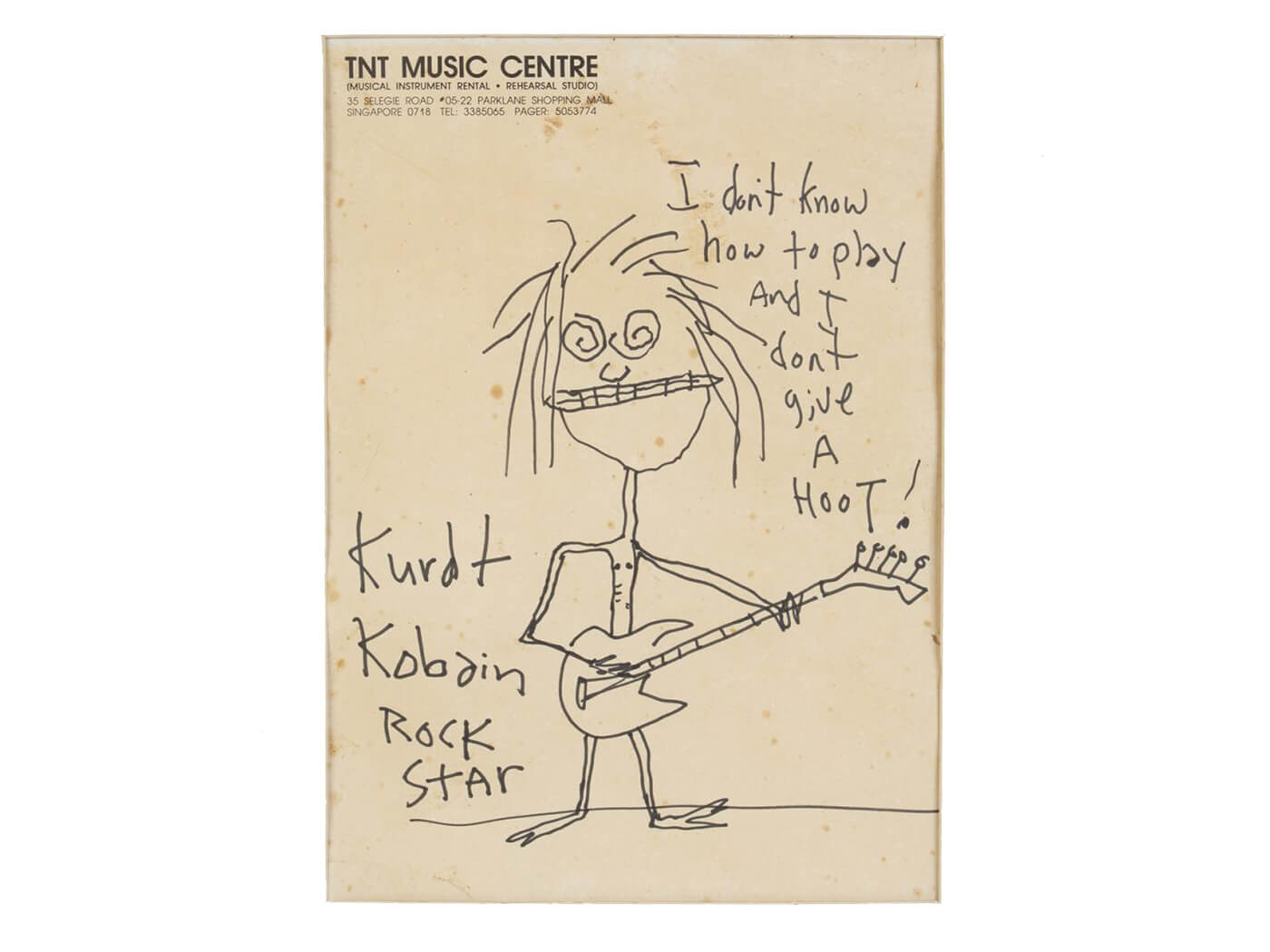 The second item is a caricature self-portrait by Cobain, depicting himself playing the guitar,. Written next to the drawing is “Kurdt Kobain Rock Star” and “I don’t know how to play and I don’t give a hoot!”

According to the listing, the drawing was done as a gift to Jacque Chong, a freelance photographer who worked on Nirvana’s Nevermind album promotional tour in Singapore in 1992. Copies of this drawing have previously appeared on apparel by independent label Dover Street Market Ginza.