John Mayer on digital modelling: “If somebody had walked a Fractal into the Thriller sessions, you would have heard it all over that record”

In making his 80s-inspired Sob Rock, Mayer asked himself what producers from that decade would have done today. 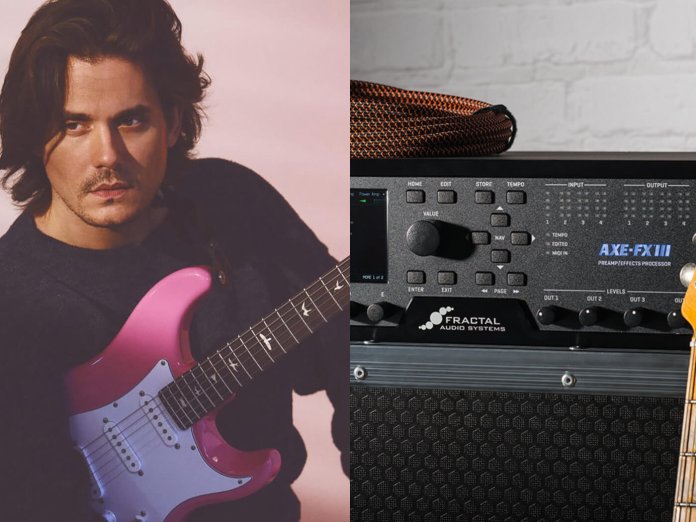 John Mayer is known for his love of Dumble amplifiers, seen by many as the pinnacle of boutique tube-driven tones. His new album Sob Rock, however, made use of a surprising and much more modern feature: digital modelling courtesy of a Fractal Audio Systems effects unit.

In a new interview with Guitar World, Mayer tells the story of how he came to include the digital modeller maligned by many tube-amp fans. Mayer explains how his approach to achieving this feel was twofold: “As much as I was thinking ‘what would I have done then? [in the 1980s]’, I was asking ‘what would they have done now?’”

Everything about Sob Rock is primed to work towards an 1980s aesthetic, the album’s title itself a “shitposting” play on soft rock.

He concluded: “If somebody had walked a Fractal into the Thriller sessions… You would have heard a Fractal all over that record. There’s just no doubt about it.”

One concrete example of the Fractal on Sob Rock is the solo on Wild Blue, which Mayer says was played through one of its clean settings – and fingerpicked because he couldn’t find a pick.

Mayer didn’t abandon the Dumble entirely for Sob Rock, however, as it fit in well with the polished and inoffensive aesthetic he was aiming for.

“Dumble really intersects with early 1980s session work, right?” he says. “Stevie Ray Vaughan was kind of an anomaly in that Dumble world because almost everyone else using a Dumble was kind of doing really clean stuff. I mean, I know guys like Larry Carlton and Robben Ford were making it sing with distortion, but it was mostly clean tones you were hearing with that amp. And so it worked really, really well to take a Silver Sky, which is already kind of hi-fi, and run it through a Dumble.”

For the tube-amp portion of his guitar tones, Mayer didn’t just use a Dumble either: the tone was built using a number of different amps for different parts of the frequency spectrum.

On top of the Dumble, a direct signal and a Fractal, Mayer used “an old Fender combo for the softness. Because those old Fenders apologise really well for the notes.”

Sob Rock was released last month. You can check out Guitar.com’s review here, if you fancy finding out how much apologising that Fender combo needed to do.