The Genius Of… BB King – Live In Cook County Jail

How the King Of The Blues put his guitar to use in the fight against inequality. 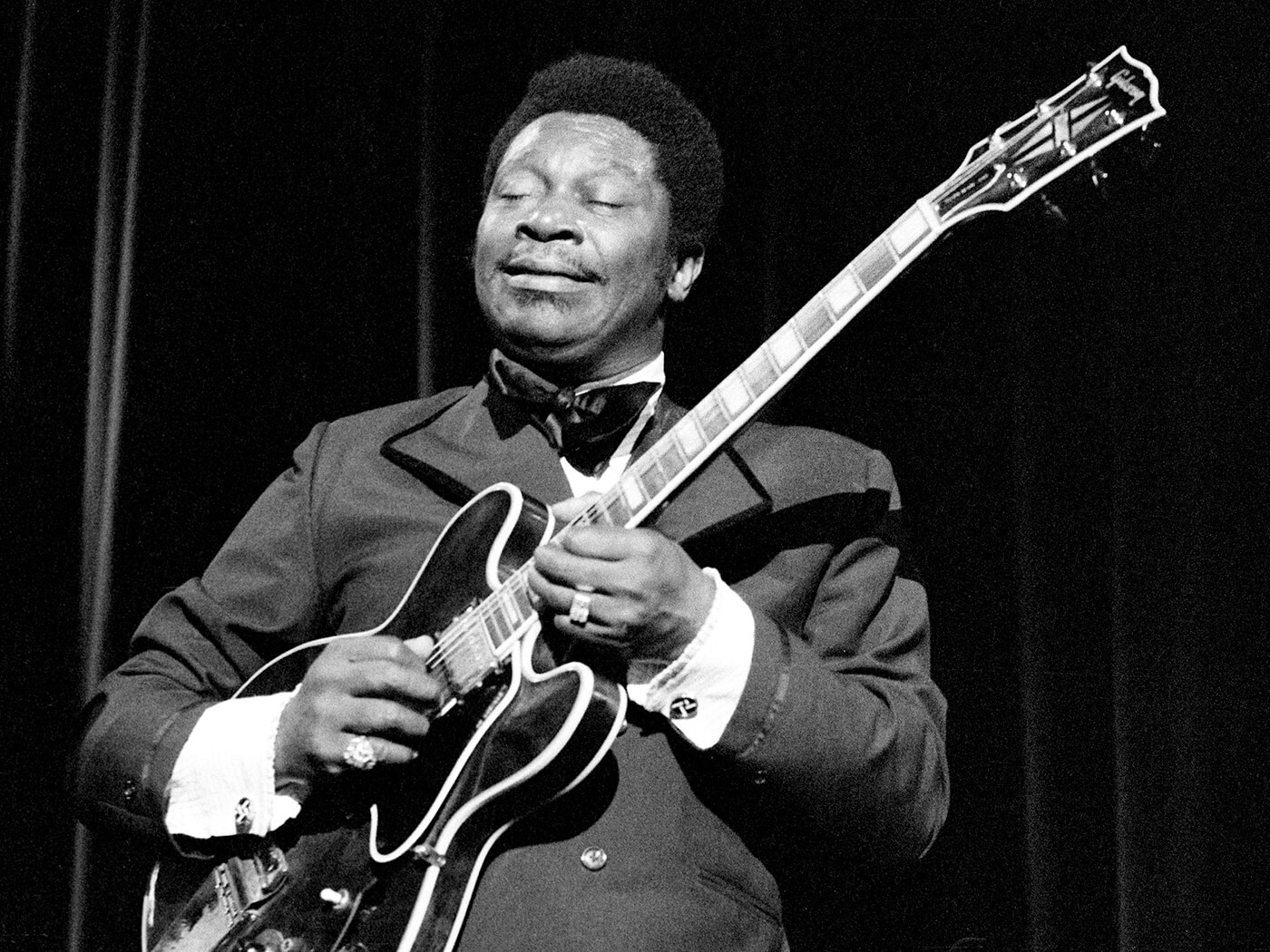 1965’s Live At The Regal has been lauded as one of the greatest concert recordings, with later blues-guitar luminaries of the calibre of Eric Clapton, Mark Knopfler and John Mayer admitting to using it as their pre-game warm-up music. Yet of course it’s just one of many such albums in King’s catalogue.

The bluesman accompanied his Lucilles on countless world tours right until the end of his life, playing more than 15,000 gigs over more than 60 years, even performing as part of one of the biggest sporting events of the 20th century – the 1974 Rumble In The Jungle fight between Ali and Foreman.

But despite Live At The Regal being recorded at a plush theatre located in the ‘Harlem of Chicago’ area of Bronzeville (an important cultural touchstone for Black Americans during the USA’s era of racial segregation) and the Rumble In The Jungle being viewed by 50 million people, it’s neither of these heavy-hitting live performances that held the most resonance for BB King himself. That honour belongs to another Chicago live album recorded in 1970, in markedly less high-profle surroundings: Live In Cook County Jail.

The turn of the 1970s was a fertile period for King, who had hooked up with …Cook County producer Bill Szymczyk to release a string of recordings that saw him tentatively branching out into new territory. They included the breakout hit single The Thrill Has Gone and the Indianola Mississippi Seeds album, which King ranked as a personal favourite among his recordings. Recording his next album in a prison may not have seemed a logical progression, but the success of Johnny Cash’s 1968 At Folsom Prison and 1969’s At San Quentin had set the precedent, and King’s favourite singer, Frank Sinatra, had also played to crowd of inmates.

So when officials at the Cook County Jail approached King after a concert to play his hometown facility, King accepted. His label, ABC, urged him to record the show and bring the press along with him – racial inequality and abuse in the prison system was a controversial topic and Cook County was one of the USA’s most notorious prisons, referred to as a ‘jungle’ in a recent investigation. These tensions were reflected in the setup: after his band had toured the facility, King took to a small stage in the prison courtyard in front of 2,117 mostly male prisoners, who were required to stay seated or could dance at the back of the yard. Ex-boxers were hired as extra security and the crowd was urged to stay quiet.

King and his six-piece band were recorded using a hired mobile studio. Warden Clarence Richard English recalled to Crain’s Chicago Business: “There were tears in people’s eyes. In mine, too… [BB King] wanted to do something for these guys. He wanted to help guys with problems.” BB King biographer Sebastian Danchin said of the performance: “The prisoners saw King’s visit as an all-too-rare recognition of their humanity.” 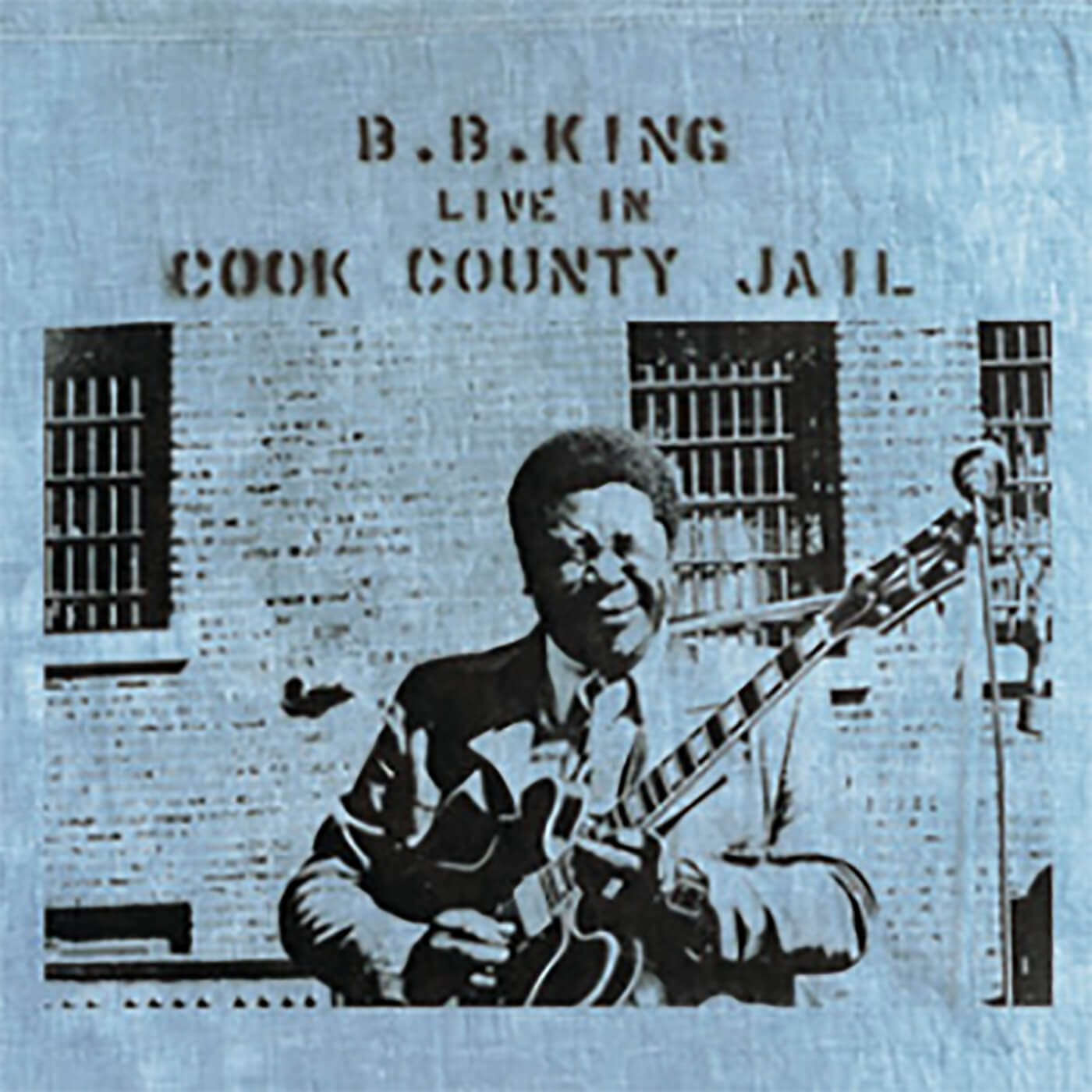 On the recording itself, King has to work hard to win over the unpredictable crowd and plays and sings as though his life depends on it, on a sequence of predominantly slow-blues numbers from earlier in his career emphasising relatable problems: Every Day I Have The Blues, Worry, Worry, Worry, Why I Sing The Blues among them. Sonny Freeman’s drums are a superb foil throughout and in-between lengthy speeches, King’s soloing, courtesy of his ES-355 and Gibson Lab Series L5 amp, is among the best of his career: How Blue Can You Get includes lesser-spotted raked strings, doublestops and bass-register excursions and in Worry, Worry, Worry, his lyrical six-string phrasing proves a match for his otherworldly falsetto.

Cook County… finds King at a sweet spot in his career where he still incorporated unusual jazzy flourishes outside the blues scale, but had long-perfected his vocabulary of dynamic bends and vibrato, able to find endless variation and pathos from the simplest repeated series of notes.

The highlight of the record is The Thrill Has Gone – here, it’s a road-honed masterpiece that substitutes the original’s strings for horns. The band rinse every ounce of sweat out of it, changing up the tempo at will and slowing to a funky tiptoe-ing walk before upping the energy again to free up BB to deliver the goods and the occasional surprise leftfield lick.

Overall, while Live In Cook County Jail may lack the finesse of Live At The Regal and the spoken sections may be too long for some tastes, if nothing else, it’s a masterclass in guitar dynamics and phrasing.

Guitar as a force for change

BB King strongly identified with the inmates at Cook County and acknowledged the harsh reality underpinning the demographics of the faces staring back at him. King estimated that “70 or 75 per cent of the people in there were black or of the other minority races, and very young, in their teens or early 20s.”

Some press coverage of the concert focused on the fact that a significant number of these men, who were unable to afford bail, had been incarcerated for up to two years without a trial. King told Tom Wheeler of Guitar Player: “I told them from then on I would be glad to donate my services anytime they wanted them. I felt that the more that I went in and the press played with me, the more we could let the people out there know.”

King continued to use his fame and the power encoded into the blues to try and enact social change, and the experience of recording Live In Cook County Jail spurred him to co-found the Foundation for the Advancement of Inmate Recreation and Rehabilitation (FAIRR) in 1972. He played around 70 prison gigs over the course of his career, including the subject of the 1972 documentary At Sing Sing Prison, a fascinating watch that BB King himself described as his best live performance.

Live In Cook County Jail, as well as being a still-inspirational tribute to the simple power of the blues and King’s ability to express himself through six strings to anyone, regardless of circumstances, is just another reason why BB will always be celebrated as the King Of The Blues.