The Genius Of… Get Ready by New Order

20 years ago, New Order overcame simmering tensions within the band to make their finest guitar album, with The Smashing Pumpkins’ Billy Corgan along for the ride.

It took two years of studio time, cost half a million pounds and has never been hailed as their strongest album, yet Get Ready was in many ways a high-water mark for New Order. A band whose history is pockmarked with tragedy and bitter resentment would never be as happy and creatively focused again.

Their most guitar-centric album since emerging from the desperate loss of Ian Curtis and Joy Division, Get Ready is a fleeting snapshot of an almost functional version of the collective Uncut called “the most culturally significant British band of the last 20 years”. New Order appealed equally, in the words of singer and guitarist Bernard Sumner, to “football hooligans and spotty students”.

Following the release of 1993’s Republic, something had to give. Sumner had spent much of the late 80s and early 90s immersing himself in the recreational accoutrements of Manchester’s acid-house scene while the Hacienda plummeted into a spiral of drug-related violence and debt. It culminated with Sumner, high as a kite, having a gun pulled on him in the middle of the club’s dancefloor. The band were also on the brink, dissolving into three camps who didn’t speak to each other for five years.

“It was making me ill,” Sumner confessed of the wild excesses of his narcotic peak. “If you went out, you wouldn’t get back till midday the next day, and we’d do that two or three times a week.”

The Hacienda finally closed in 1997, with Sumner vowing to clean up and start work on New Order’s seventh album. The band regrouped in 1998 with a gig at Manchester Apollo that reportedly lost money due to a guest list of over 1,000 names. It was classic New Order, recalling the infamous Blue Monday 12-inch with Peter Saville’s die-cut sleeve, which cost the band money every time they sold a copy.

“Get Ready is a more rock album, but we’re really just returning to our Joy Division roots, using more guitar,” announced a rejuvenated Sumner upon the album’s release on 27 August 2001. Indeed, the overdriven growl of his bristling rhythm parts and a plethora of euphoric riffs are integral to some of the most enthralling songwriting in the band’s career.

Sumner has never been a technical genius, once telling NME “if you asked me to play an E minor I wouldn’t have a fucking clue”, and few would back Hook’s claim that he’s “better than Johnny Marr”. He is, though, an underrated player with a diverse guitar collection. Among Sumner’s favourites are a Shergold Masquerader he’s had since the early days of Joy Division, a Rickenbacker 360 12-string, a Gibson SG Standard, an ES-335, a mid-60s ES-330TD and a Les Paul Junior with Creamery pickups. He also inherited the iconic Vox Phantom Special VI owned by Ian Curtis, giving the guitar to Curtis’ daughter Natalie in 2002. It later sold at auction for £162,000.

While information on which guitars Sumner played on Get Ready is scarce, in Hook’s New Order biography Substance, he remembers the album sessions as “a very harmonious period” for the duo. Writing commenced at the Derbyshire farm studio owned by drummer Stephen Morris and keyboard player/guitarist Gillian Gilbert late in 1998, with recording at Real World not kicking off until the first month of the new millennium. Despite Sumner’s legendarily poor timekeeping and Hook’s insatiable appetite for booze, the process was convivial if laboured, moving on to Monnow Valley in Wales and Hook End in Oxfordshire for mixing. The bill eventually reached £505,000, leaving the band with a wage of just £15,000 each – not great for two years’ work. 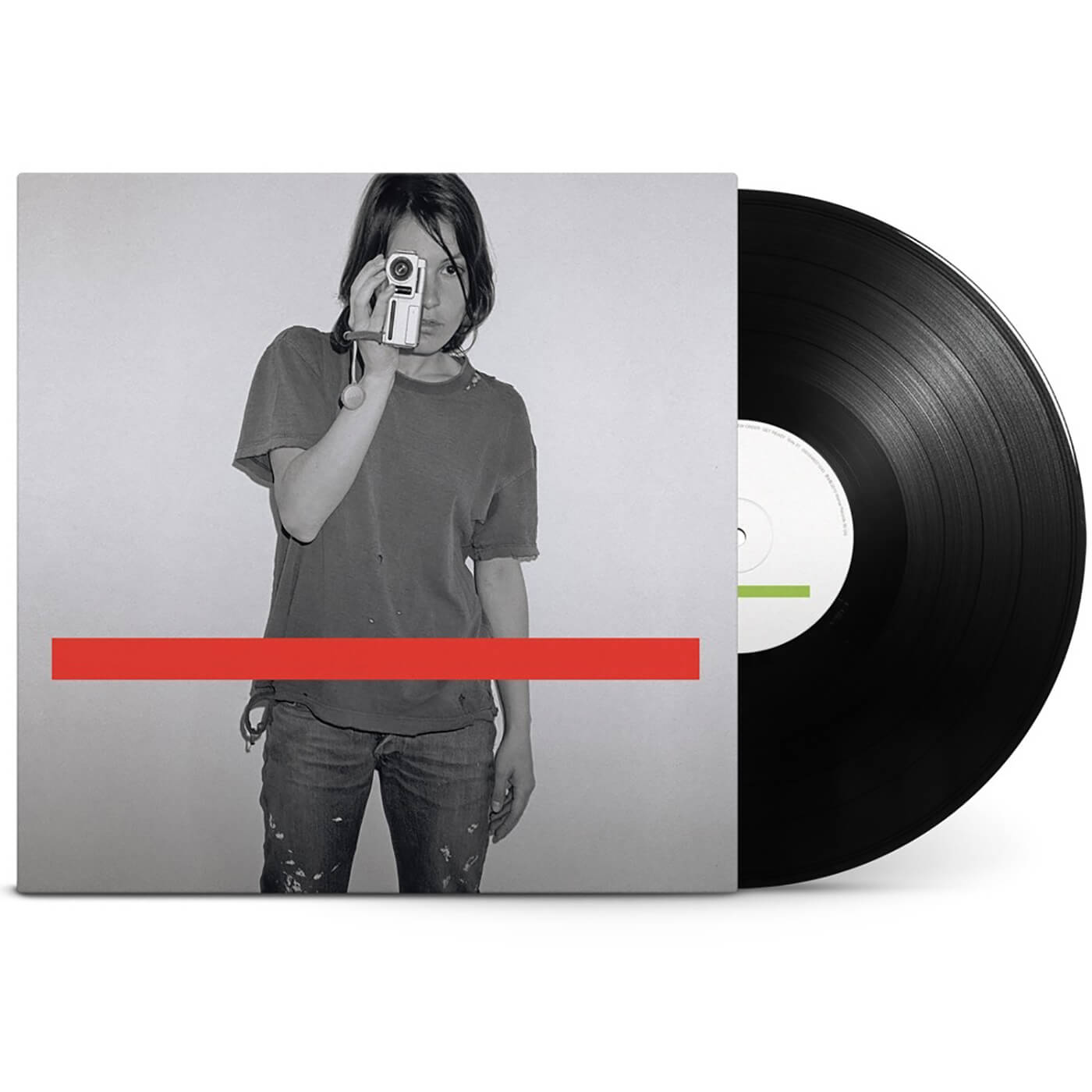 After an eight-year absence, New Order came out swinging on Get Ready’s opening track Crystal, one of their all-time best singles. Taking the baton from Dawn Zee’s ecstatic vocal intro, Sumner’s sizzling A minor/C/G/D progression is abetted by a pounding disco beat and Hook’s resplendent lead line, which producer Steve Osborne summoned him to the studio in the middle of the night to record. NME’s Jim Wirth raved: “It’s sleek, it’s menacing, it hasn’t got a chorus and consequently it’s about as neat a summary of their 20-year career as you could hope for.”

Sumner and Hook’s riffs play a thrilling game of kiss chase on ebullient second single 60 Miles An Hour, setting up a soaring chorus, while teenage New Order fan Billy Corgan lends hushed harmonies to Sumner’s escapist fantasies on Turn My Way. Corgan’s screaming guitar break was lost after a mistake by engineer Bruno Ellingham. “Billy was going berserk,” recalls Hook. “He was following Bruno around the studio screaming blue murder”. Jerry Lee Lewis also touted his services for an unlikely cameo, but the band baulked at The Killer’s $50,000 session fee.

Vicious Streak is more suggestive of the band’s early-80s electronica, with Sumner’s contemplative lyric “What am I going to do? I’m on fire”. Heavily influenced by Kraftwerk, its blissful dubby mood is injected with jagged tremolo slashes and a wiry riff that dissipates into whirring delay artefacts.

Another highlight, Primitive Notion, witnesses a thrilling collision between Hook’s brooding riff and the trebly sugar rush from Sumner’s chords, while the menacing Rock The Shack stemmed from a Primal Scream session Sumner joined for their XTRMNTR album. Andrew Innes returns the favour with Stooges-like riffing and a closing wah flurry, Gillespie adding his distinctive sleepy vocal. It’s Hook’s least favourite track on the album, and Sumner’s opener of “I’ve been accused of everything, from Timbuktu to Old Berlin” is not a rhyming couplet for the ages.

Get Ready rocks harder than any other New Order album, yet it wraps up with the gentle acoustic ballad Run Wild, Hook’s chorus-drenched bass, the alluring tones of a melodica and heavenly strings the backdrop as Sumner dreams of “good times around the corner”. Sadly, for New Order, they weren’t.

Get Ready reached No 6 on the UK chart, selling 300,000 copies worldwide after Republic’s 3 million, blamed by the band’s label on illegal file-sharing. Despite the massive gulf in sales, Corgan, who played guitar on the subsequent US tour, enthused to The Guardian “They’re up there with The Beatles. Their catalogue is devastating.” The Village Voice judged Get Ready the band’s best album in 15 years, while Q’s Andrew Harrison heard “the sound of a great band breaking free of their past before your ears.”

Not everyone was convinced, however. Mojo’s David Peschek damned Get Ready as “less a call to arms than the sound of an old man wheezing out of a creaky armchair.” While Peschek’s evaluation was harsh, all was not well in the camp. Get Ready, dedicated to manager Rob Gretton who died during its recording, would be the final album made by all four New Order members.

Following the demolition and brief rebuilding of The Hacienda for truth-stretching film 24 Hour Party People, New Order began work on Waiting For The Sirens’ Call. Released in 2005 and dwarfing Get Ready with costs of £700,000, it was completed with Hook in rehab for drink and drug addiction. The bassist later described the record as “bland yacht rock” and his feud with Sumner erupted into acrimony and legal battles, with Hook declaring that they hated each other.

New Order continued without their founding bassist, releasing Lost Sirens in 2013 and returning to electronic territory on 2015’s Music Complete, but it all ended in 2007 for the band’s original line-up. On their final tour together in South America, Hook sprayed a simple, fatalistic verse on his bass cabs: “Two boys formed a band. It all went wrong. They split. The end”.

Clutch’s Tim Sult: The five pieces of gear I can’t live without