With its terrifying stories of murder, vengeance and grotesque brutality, Nick Cave And The Bad Seeds’ ninth album is tough going. Yet, 25 years ago, it became a million-selling commercial success thanks in part to an appearance from the princess of pop.

It seems scarcely believable, but Murder Ballads started out as a joke. Nick Cave had written two sprawling tracks, Song Of Joy and O’Malley’s Bar, the latter spanning 40 verses, that had yet to fit on a Bad Seeds album. To accommodate them, the band talked initially with tongue in cheek of making a record about death, carnage and blood-curdling violence, a twisted rendering of traditional ballads both Appalachian and British.

“I felt an incredible pressure to have to keep beating the last record we made,” Cave told withguitars.com. “I wanted to make a record that was enjoyable to do, open to various other musicians to come along and do exactly what they wanted.”

Across the resulting macabre, preposterous, yet scintillating record, 75 people and one dog lose their lives. Remarkably, it remains one of the most successful albums in Cave’s extraordinary catalogue, these centuries-old tales of grim savagery brought to life through a series of duets and cameos from vocalists as diverse as PJ Harvey, Kylie Minogue and Shane MacGowan.

By 1996, the Bad Seeds were a band of rarefied, disparate talents, with multi instrumentalist Mick Harvey and Blixa Bargeld handling guitar duties after the departure of Roland S Howard. Neither were orthodox players and their moody, staccato atmospherics help lend Murder Ballads its unsettling aura. “Blixa doesn’t particularly like to be seen as a guitar player, he sees his guitar as an instrument to make different noises with,” said the long-serving Harvey, who took to recording while sat on the floor of Melbourne’s Atlantis Studios playing his Guild Starfire IV, while Bargeld’s favoured instruments included a Fender Jaguar, Mustang and a Hofner 173.

In at the deep end

Nick Cave doesn’t ease us in gently on Murder Ballads. Opener Song Of Joy, originally titled Red Right Hand II, is perhaps most disturbing of all. It’s a chilling account of a father witnessing the murder of his family, soundtracked by a pulsing single note and spectral organ tones. If you wanted a sign of things to come, it’s perfectly foreboding.

The album sessions were already wrapped up when polymath drummer Jim Sclavunos gifted Cave the book of prison poetry that inspired track two. Minutes later, they were hammering out one of Murder Ballads’ highlights, Stagger Lee, inspired not by folk or blues, but gangster rap. Martyn P Casey’s bass groove, gritty overdriven stabs from Bargeld, and thundering ominous low D notes on the piano combine to create a feeling of unease for Cave’s twist on the oft-told tale of the 1895 murder of Billy Lyons by the mythologised ‘Stag’ Lee Shelton. Captured on the second take, it immediately eclipsed versions by Mississippi John Hurt, Woody Guthrie, Duke Ellington, James Brown and The Clash. 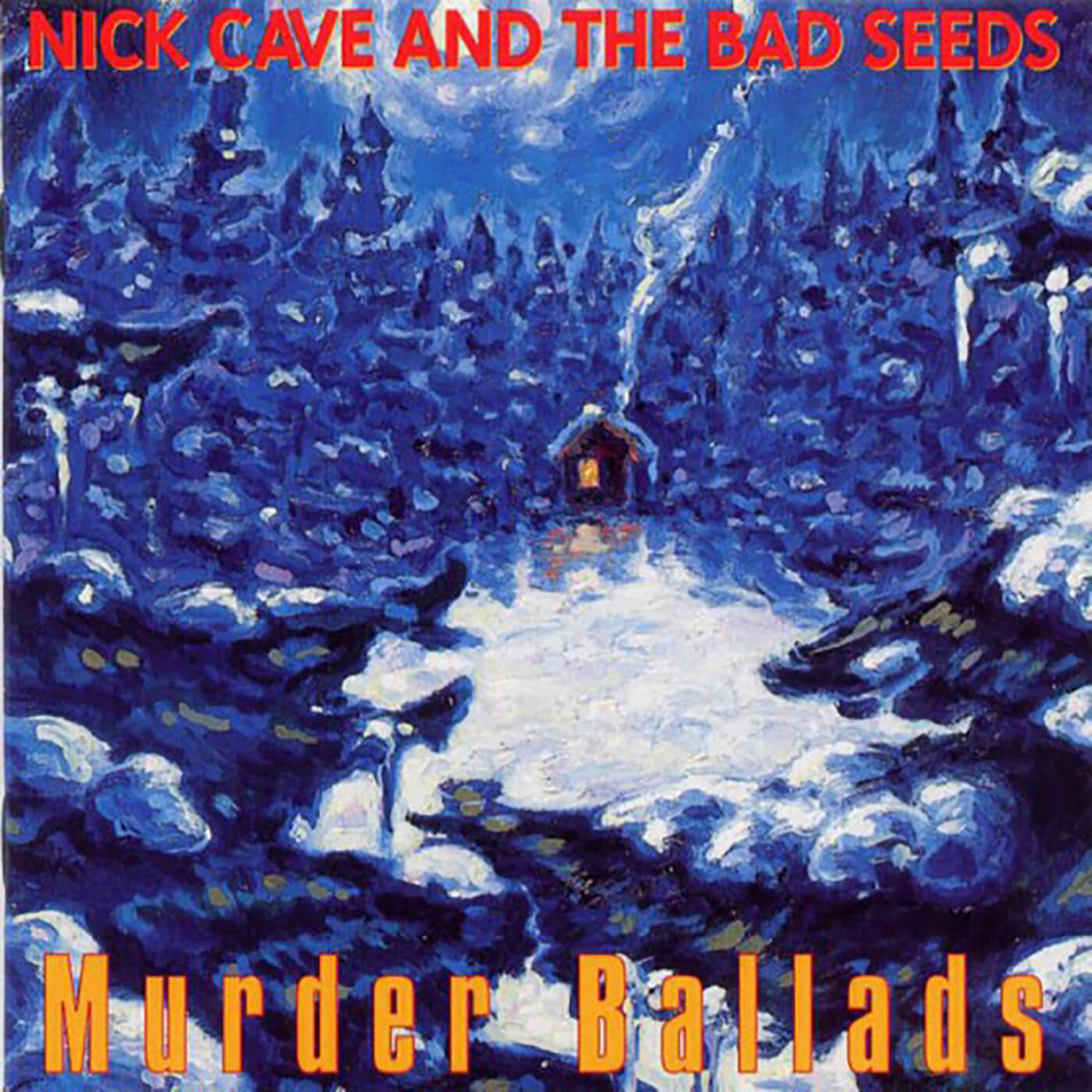 Amid the unrelenting malevolence, one song alone made Murder Ballads a commercial success, even landing Cave a disorientating appearance on Top Of The Pops. With Mick Harvey playing on muted nylon acoustic strings in G minor, Where The Wild Roses Grow captures a dialogue between the song’s murderous protagonist and his victim Rose Connolly, recast by Cave as Elisa Day and inspired by traditional folk song Down In The Willow Garden. Cave sent a “seriously creepy” demo with Bargeld on vocals to pop princess Kylie Minogue and, surprisingly, she replied the following day, taking Cave up on the offer of a duet. “I was kind of aware people would go and buy Murder Ballads and listen to it and wonder ‘What the fuck have I bought this for?’,” admitted Cave of the new fans Kylie’s exquisite cameo brought him.

The body count continues to rise throughout Murder Ballads, with 20 children dying on The Curse Of Millhaven, the album’s riotous anomaly, which opens with a cacophonous racket and becomes, in the words of Casey, a “mad polka”. It’s then the turn of 20 miners to succumb in a bloodthirsty act of revenge by Crow Jane on the sultry track of the same name, Sclavunos and Casey laying down a jazzy foundation for the rich raked chords. The 14-minute O’Malley’s Bar is far more personal. Cave, recovering from a hangover by the pool in a German hotel, banana daiquiri in hand, imagines the gruesome execution of each of the noisy holidaymakers disturbing his convalescence.

Murder Ballads’ final track is the only full cover on the album, a reworking of Bob Dylan’s Death Is Not The End. It’s a “jokey little punctuation mark” according to Cave, with Anita Lane, MacGowan, PJ Harvey and Minogue all piling in for the chorus. After all the terrible bloodletting across the previous nine songs, we’re left with the hopeful phrase “just remember, that death is not the end”.

Cave told Rolling Stone that Murder Ballads was “designed to offend, to be one of those records like Bob Dylan’s Self Portrait, where people just go, ‘What the fuck is this load of crap?’ In fact, it didn’t work out that way.”

Truly, it didn’t. Despite the unspeakable events Cave luxuriates in recounting, Murder Ballads is a triumph, a frightening, yet beautiful collection of balladry, soaked in history and venerable storytelling tradition. It became Nick Cave And The Bad Seeds’ most commercially successful album, selling a million copies. Casey calls it “the party record” and according to Savage, it became known as a “comedy record” among the band.

On the release of Murder Ballads on 5 February 1996, Clark Collis of Select magazine wrote that the album “weaves itself together into a meditation on death that is both beautiful and genuinely unnerving”. Rolling Stone’s Bill Van Parys judged it “the performance of Nick Cave’s life”.

“I was making a record that can’t be faulted,” reasoned Cave later. “It can’t really be criticised in the sense that it was a ‘Murder Ballads’ record, it exists on its own and you either like it or you don’t.”

Murder Ballads is in that sense a unique piece of work. The fact that Cave and The Bad Seeds followed this crepuscular masterpiece with the heavenly, minimalist beauty of The Boatman’s Call only a year later is all the evidence you need of the wild, unpredictable genius at play. “It’s a monstrous thing in the end,” concluded Cave of his ninth studio album. “In my view, quite unlistenable, but at the same time I guess it’s kind of a nice record to have.”