How the former Rilo Kiley frontwoman picked up an acoustic and set herself on the course to solo success, with a little nudge from Conor Oberst…

Life moves pretty fast. Back in 2005, Jenny Lewis was hanging out and catching her breath while Rilo Kiley, the indie-pop band that had made her a chart fixture on both sides of the Atlantic, briefly lay dormant. But the days are long out there in Los Angeles, and friends ask favours that seem like they might be a good time. That’s how Lewis came to make Rabbit Fur Coat – her solo debut and the template for one of modern indie-rock’s most reliably cool careers.

While Lewis kicked her heels in her Silver Lake apartment, her friend Conor Oberst, the creative mind behind Bright Eyes, was scheming. Out in New York he was sitting on a fledgling label, and he wanted Lewis to put out an LP through Team Love. “I was like, ‘Are you crazy? I can’t make a record on my own,’” Lewis told the Los Angeles Times. “My identity was wrapped up in my band. I never envisioned myself as a solo artist.”

While Rilo Kiley traded in immaculate, gossamer pop songs that leaned emo, here Lewis was after something altogether more earthy. Inspired by Laura Nyro’s 1971 covers album Gonna Take a Miracle, a collaboration with Labelle, Lewis roped in the Watson Twins, friends of Rilo Kiley’s Blake Sennett and her neighbours in Silver Lake. The vocal duo proved to be the perfect foil, adding rich emotional colour to Lewis’s unfailingly sharp melodies.

Produced by Mike Mogis, returning after helming Rilo Kiley’s The Execution of All Things and More Adventurous, Rabbit Fur Coat had a handle on rootsy country-folk and baked Neil Young-isms. Lewis revelled in the simplicity of its staging, ditching the sleek nature of her day job while allowing her words to sting and hooks to quietly land. 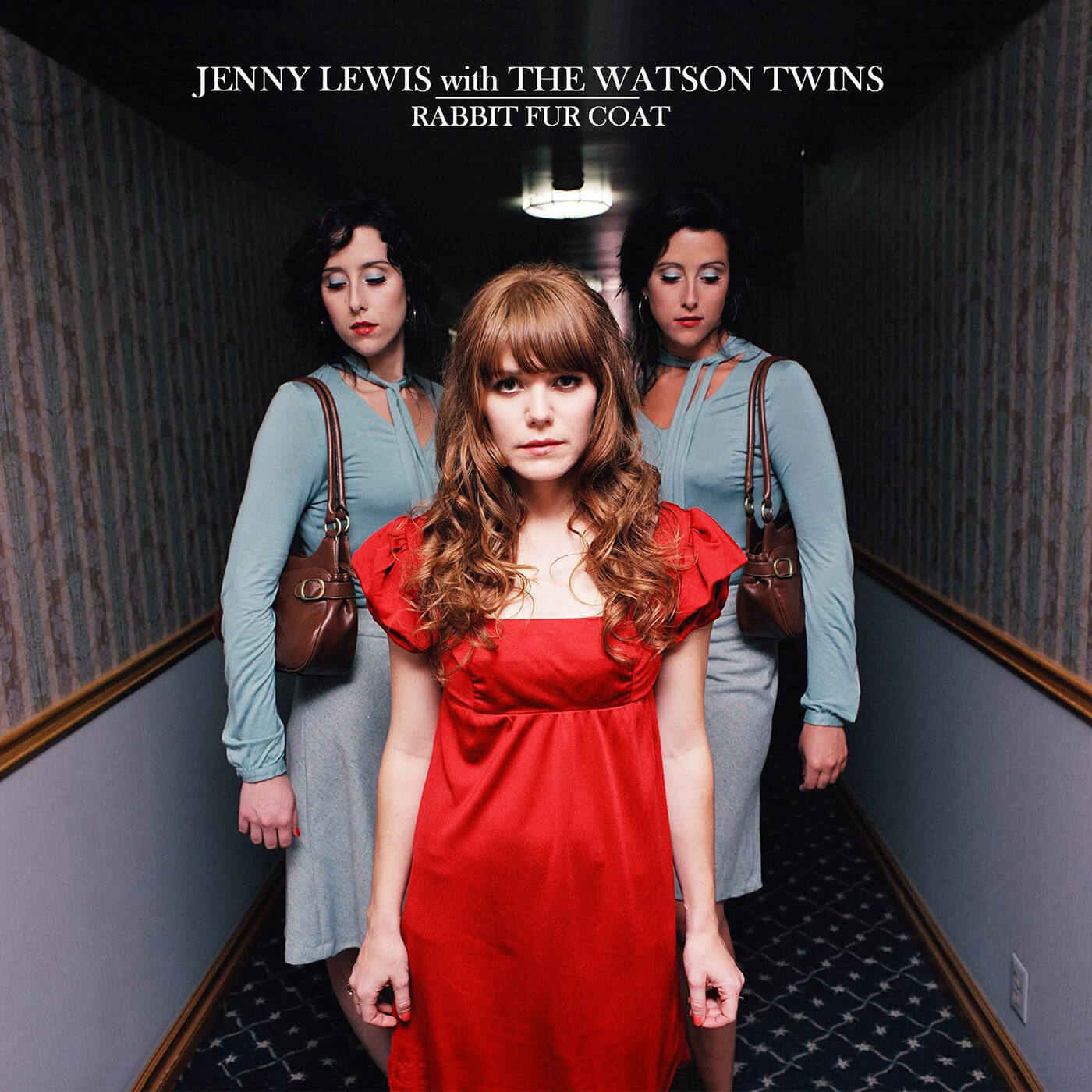 Doing so meant separating out the songs’ elements so that each could contribute without stepping on another’s toes. Over the years Lewis has played a 1983 Strat (“Everyone in my band was like, ‘Oh, Lewis, this is a piece of shit guitar,’” she told She Shreds. “But it became my favorite guitar, and I still love it.”) a succession of Telecasters and Tele Deluxes, along with a 1962 Guild Starfire. But after settling on a more classic vibe, Lewis’s approach on Rabbit Fur Coat was largely acoustic and driven by an appreciation for space and texture.

“It’s not that I don’t love guitar, because I do, but having come from a band, and touring for two years with two electric guitars, I wanted to make something that was very open. And then when I sat down with the Watson Twins to teach them the songs and sing through them, it became very clear that that was the focus of the record, those three voices and the lyrics.”

Viewed as a whole, Rabbit Fur Coat delivers on that promise. It’s easy to point at the record’s opening salvo – the a capella Run Devil Run – as emblematic and leave it at that, but the interplay between Lewis and the Watson Twins is perhaps even more effective in effusive moments like the unimpeachable Rise Up With Fists!!, where there is a swell of gospel power that overtakes the sumptuous acoustic interplay of the verses.

But when it comes to collaborators pitching up and delivering, the record’s tale has another twist. On a winking cover of the Traveling Wilburys’ Handle With Care Lewis is flanked by Oberst, Death Cab For Cutie’s Ben Gibbard (her bandmate in the Postal Service) and M. Ward. They bring a level of low-key indie gravitas to the original’s blockbuster star power, but it’s the ease with which Lewis navigates its glossy west coast strut that lingers as a harbinger of her future preoccupations.

Post-Rabbit Fur Coat, Lewis’s world was tipped on its head. The album was well-received and its reputation has only improved over time, with a 2016 tour featuring the Watson Twins and M. Ward also drawing good notices. But Rilo Kiley were not long for this world. In 2007 they released Under The Blacklight, their final album, before splitting in a manner that could be described as semi-acrimonious (any hatchet has since been buried, with Sennett joining Lewis for a run through Portions for Foxes at Coachella in 2015).

Post-Rilo Kiley, Lewis regrouped to put out her second solo LP, Acid Tongue, in 2008 and the killer I’m Having Fun Now in 2010 as one half of Jenny and Johnny. Then there was a wait before things really clicked into place. With The Voyager (2014) and On The Line (2019) Lewis split the difference between Fleetwood Mac and Tom Petty and the Heartbreakers, delivering warm, characterful pop-rock songs brimming with cut glass hooks and indelible turns of phrase. From You Are What You Love’s gilded kiss off to The Charging Sky’s slide-driven stomp, the building blocks were scattered across Rabbit Fur Coat.