The Genius Of… Raw Power by Iggy And The Stooges

Unloved at the time, but a hugely influential proto-punk manifesto, The Stooges’ frighteningly loud, furiously uncompromising third album does exactly what it says on the tin 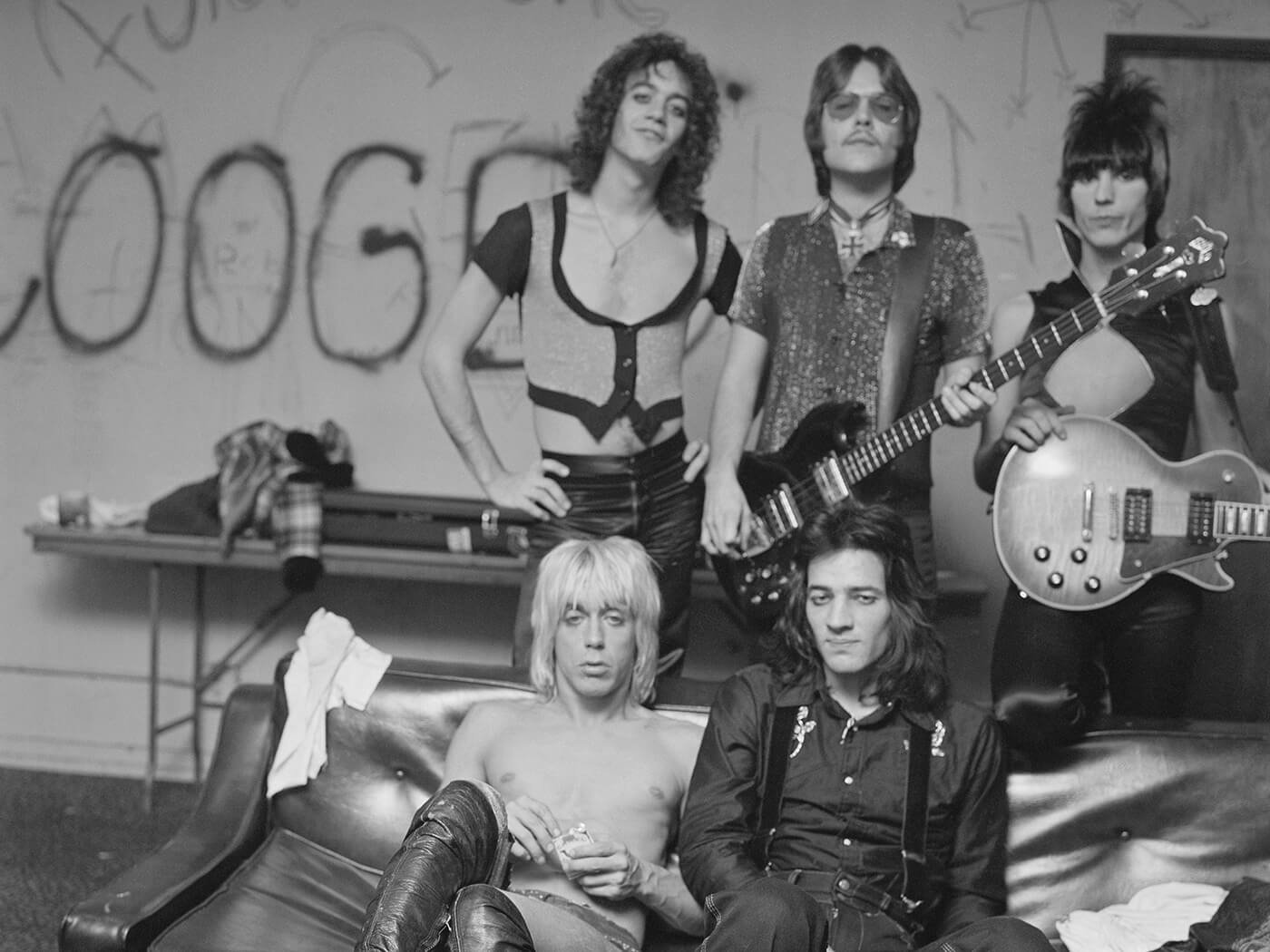 If ever an album was wholly encapsulated by its title, it’s The Stooges’ incendiary third album, Raw Power. Released in 1973, it set the bar for a wave of punk bands to try and, in most cases, fail to eclipse. It remains one of the most visceral, electrifying pieces of musical savagery you’ll ever hear. And as its chief creator James Newell Osterberg Jr, aka Iggy Pop, recalls: “It was done with drugs, youth, attitude and a record collection”.

Playing the Keef to Iggy’s Mick was a guitarist whose influence is threaded inexorably through the development of punk rock, James Williamson. Sex Pistol Steve Jones famously admitted he learnt to play by taking speed and listening to Raw Power. Johnny Marr said of Williamson: “He has the technical ability of Jimmy Page without being as studious, and the swagger of Keith Richards without being sloppy. He’s both demonic and intellectual, almost how you would imagine Darth Vader to sound if he was in a band.”

“As a guitarist, James fills the space as if somebody’s just let a drug dog into your house… and it’s big,” is how Iggy describes his bandmate’s playing. “He finds every corner of a musical premise and fills it up with detail.”

Born in Texas, Williamson joined The Stooges in 1970 aged 19, initially as second guitarist, before Ron Asheton switched reluctantly to bass. His raw, bluesy style was instrumental in Raw Power having a harder edge and more adrenal tempo than predecessor Funhouse, and he co-wrote all eight songs – much to the chagrin of Asheton, who felt he’d been usurped. Throughout the narcotic mayhem of the Raw Power sessions, Williamson played a Cherry Red Les Paul Custom that Iggy had encouraged him to trade in an SG and Jaguar to buy. Plugged into a cranked Vox AC30, it sounded like… well, raw power.

Bowie to the rescue

By the time the Michigan band regrouped in England to record Raw Power they’d already hit rock bottom, splitting in 1971 due to a combination of Iggy’s voracious appetite for heroin, extreme poverty, dangerously violent gigs and the lukewarm response to their first two albums. David Bowie came to the rescue, finding Iggy a label and management deal and setting up the recording sessions in London.

Iggy may have overdosed and been out cold for 14 hours at one point while writing the lyrics for Raw Power, but how about Search And Destroy’s “I’m a streetwalking cheetah with a hide full of napalm, I’m a runaway son of a nuclear A-bomb” for an opening couplet? And the frantic lead playing from Williamson, based around the C♯ minor pentatonic scale, is nothing short of blistering, the song a furious rallying cry for the anti-Vietnam war movement.

You can hear the influence of Chuck Berry on Williamson’s rock-solid rhythm and histrionic soloing on Your Pretty Face Is Going To Hell, while the heroin horrors of the title track and the swaggering Shake Appeal also have their roots firmly in 50s rock’n’roll, the latter enabling Pop to “get to my dream of being Little Richard for a minute”.

Gimme Danger, with Williamson’s menacing acoustic riff in E♭ tuning, is there to fulfil the label’s demand for a ballad on each side of the album. As slow songs go, it’s pretty demonic, simmering with sexual tension as Iggy broods, “there’s nothing left alive but a pair of glassy eyes” before careering into the bloodthirsty chorus, Williamson’s lead playing and an insistent piano tangling lustily before the guitar wins out with a corking solo. 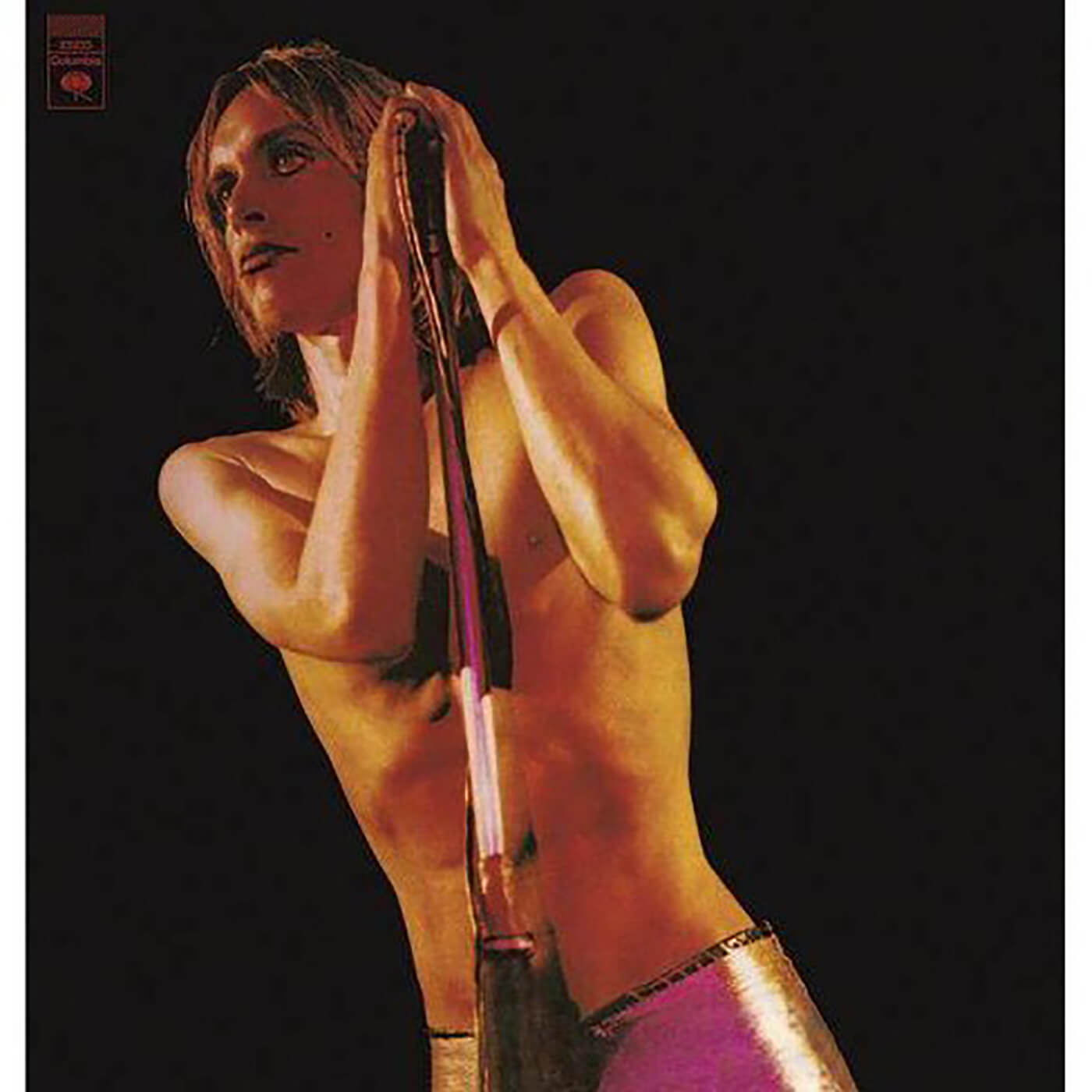 The album’s other ballad is the Doors-esque I Need Somebody, a moody blues vamp in G written on an acoustic guitar by Williamson. Iggy thought it sounded like the inside of “a bordello” and his celesta part is a seductive counterpoint. Williamson’s final flourish comes as his virtuosic yet barbarous soloing envelopes the six-minute closer Death Trip, the album’s longest track.

See what you can do with this

Recording and mixing Raw Power was a suitably shambolic affair, with at least one member of the band by that point lucky to be alive. Unlike the first two Stooges albums, it was self-produced, resulting in a clueless Iggy mixing the whole band on one channel, the lead guitar on another and his vocals on a third of the 24-track desk. Handing the tapes to Bowie to sort out was the ultimate hospital pass. “He said ‘See what you can do with this’,” Bowie later recalled. “I said, ‘Jim, there’s nothing to mix’.” As Williamson remembers, “The fact of the matter is, when we made Raw Power, we really didn’t know what we were doing.”

In the circumstances, Bowie did a commendable job. Among his tweaks was feeding the guitar track on Gimme Danger through the Cooper Time Cube, a garden-hose based delay unit devised two years earlier, and of the several mixes of the album, Bowie’s is still widely regarded as the definitive version. Iggy was finally given the opportunity for some closure when he was invited to remix the album at New York’s Sony Music Studios in 1996, modern studio technology and all. While that incarnation has been dubbed “the loudest album ever made”, with every fader pushed deep into the red, it did little to halt the arguments, with Williamson complaining it “sucked” and Bowie saying his version had more “wound-up ferocity and chaos”.

Raw Power was a commercial flop, peaking at 182 in the Billboard Chart, but the reviews were positive, Rolling Stone’s Lenny Kaye praising the “ongoing swirl of sound that virtually drags you into the speakers”. It didn’t stop Iggy being dropped by both his label and management company, but the record’s legend has grown exponentially over the years. Kurt Cobain said Raw Power was his favourite album of all time, British rock critic Nick Kent called it “the greatest, meanest-eyed, coldest-blooded hard rock tour de force ever summoned up in a recording studio” and Ted Maider of Consequence Of Sound “by far the most important punk record ever”.

In 1973, Iggy Pop may have been, unjustly, the world’s forgotten boy, but today The Stooges’ influence looms large over a generation of guitar bands. When a topless Iggy and the surviving Stooges tore wantonly through Search And Destroy at their induction into the Rock & Roll Hall of Fame in 2010, it felt like long-overdue recognition of the ultimate rock’n’roll album. Raw power indeed.