The Rage Against The Machine guitarist delivers a second solo album in three months, featuring another diverse list of collaborators.

Collaboration provided the route out of creative stagnation for Tom Morello earlier this year. The legendary Rage Against The Machine riff factory hadn’t picked up a guitar in four months when he began reaching out to friends across the musical community. The eventual result was The Atlas Underground Fire – the second in what is now a trilogy of albums, following 2018’s The Atlas Underground.

Released in October, Fire… featured talents as disparate as Damian Marley, Bring Me The Horizon and Palestinian techno artist Sama’ Abdulhadi, while Morello formed a heavyweight triumvirate alongside Eddie Vedder and Bruce Springsteen to knock out an underwhelming pub-rock cover of AC/DC’s Highway To Hell. We’d barely had chance to digest those 12 tracks, when Morello announced he was releasing a “sister album”.

“Fire and Flood are my London Calling,” Morello contends, explaining the inspiration provided by The Clash. “I sought to make a double album where artistic intent supersedes genre. I aimed to forge a central curated vision to tie together a sonically fearless, wild and wide-ranging musical ambition with a tremendous cast of collaborators. And of course, there are many guitar solos.”

There are indeed many guitar solos on Flood, most of them extravagantly brilliant. Those solos are just about the only commonality running through an album that flits wildly between genres as Morello demonstrates a remarkable ability to use the guitar’s voice in so many contrasting environments. At times, you’d be forgiven for checking you’re still listening to the guy who wrote those vital, eviscerating Rage Against The Machine riffs as the record veers between brutal industrial techno, kaleidoscopic EDM and saccharine pop.

Instrumental opener A Radical In The Family is an ethereal melange of hip-hop beats programmed by Dutch DJ San Holo and floaty Euro-pop synth pads. When Morello’s guitar enters the fray at 1 minute, 45 seconds, surrounded by bucolic bird song, it’s not with an incendiary Whammy-bathed riff but a dainty fingerpicked acoustic solo. It’s an understated, yet idyllic beginning.

Human will no doubt have some die-hard Rage fans reaching for the skip button. It’s a slice of strident mainstream pop, based on a grinding synth-bass groove and featuring Ipswich solo artist Barns Courtney, who throughout the chorus repeats the phrase: “Oh my God, I’m an animal, Oh my God, I’ma have it all, I’m losing, I’m losing my way back to human.” Hard Times is far closer to Morello’s traditional wheelhouse, a critique of “Make America Great Again” delusions and police brutality with guest appearances from Nathaniel Rateliff and rappers Jim Jones and Chipotle Joe, whose dextrous flow weaves nimbly around Morello’s riffing. 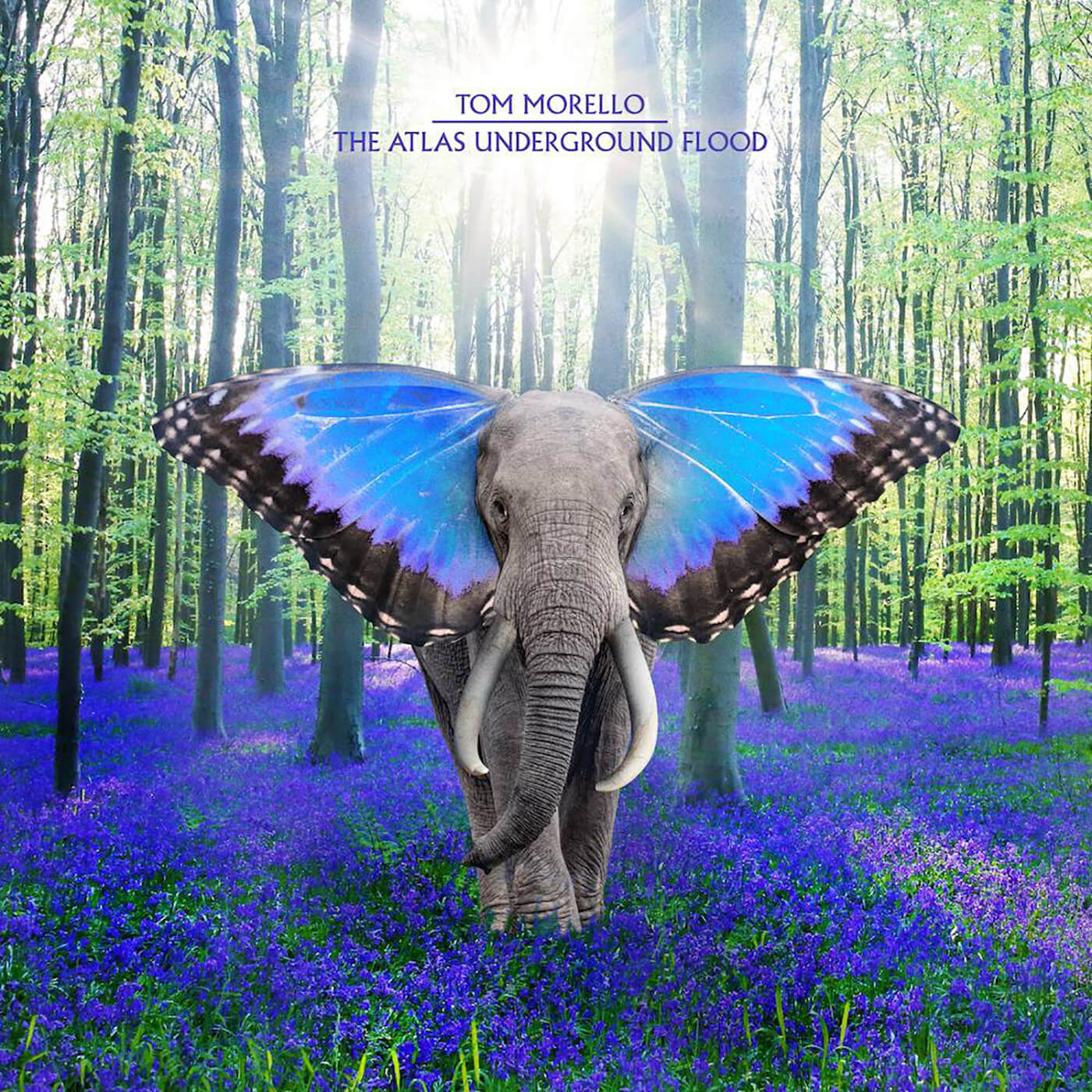 Morello forms another inveterate trio with Metallica’s Kirk Hammett and prog titan Alex Lifeson for I Have Seen The Way. A hearty metal chug, shrieking unison bends and clouds of wah-bathed soloing ride atop a squelchy synth backbone and hardcore EDM beats from Dr Fresch as Morello assumes the role of a wild-eyed prophet, intoning: “Brothers and sisters, I have seen the way.” It’s as oddly captivating as it sounds.

The Lost Cause is more orthodox, a sweeping melodic arrangement with Manchester Orchestra’s Andy Hull on vocals, and Morello’s lyrical soloing dripping with expression, but the mood quickly shifts again on The Maze, an insipid pop ballad that’s just about as far away from, for example, Killing In The Name Of as it’s possible to get. In the sugary chorus, bright acoustic strums accompany McMahon as he emotes vaguely: “The oceans that we cross are where we learn to breathe beneath the waves, Yeah the walls of the heart are like the walls of a maze”. Some exhilarating Whammy-based fun is bolted on three minutes in, but it sounds incongruous in such a hi-fi pop setting.

Hurtling to the other end of the musical spectrum, Ride At Dawn, featuring BreakCode, is founded on a brain-melting industrial techno beat and a synth sound not a million miles from The Prodigy’s Voodoo People. Ben Harper then drops in for rootsy acoustic ballad Raising Hell, another outrageously well-phrased Morello solo marred by a flimsy set of lyrics, Harper advising sagely, “The road is always paved with shooting stars, the time is now to decide who you are.”

Next comes crepuscular post-punk on The Bachelor, a collaboration with IDLES’ Joe Talbot. One of the stronger moments on the record, it could have been taken from the sessions for the Bristol band’s excellent new album Crawler, Talbot growling murderously “I put my fist through teak veneer, not very necessary but the message was clear.” After a cameo from My Morning Jacket’s Jim James, the whistle-stop tour of musical genres wraps up with a dazzling Spanish guitar performance from Morello spurred on by the talents of nylon-string masters Rodrigo Y Gabriela on Warrior Spirit.

Earlier this year, Morello said of The Atlas Underground Fire that it was like “playing in 12 different bands”, and that’s exactly how this follow-up sounds, as the guitarist demonstrates an extraordinary ability to adapt his playing to such an eclectic mix of styles. The refusal to continue ploughing familiar old furrows is equally laudable, but this is an album that covers so much ground it becomes almost bewilderingly incoherent.

Tom Morello’s The Atlas Underground Flood is out now.