Spoiler alert: Yes, it probably is. Beetronics’ most ambitious pedal yet combines fuzz and overdrive with tremolo, auto-wah, octave-down splutters and more. 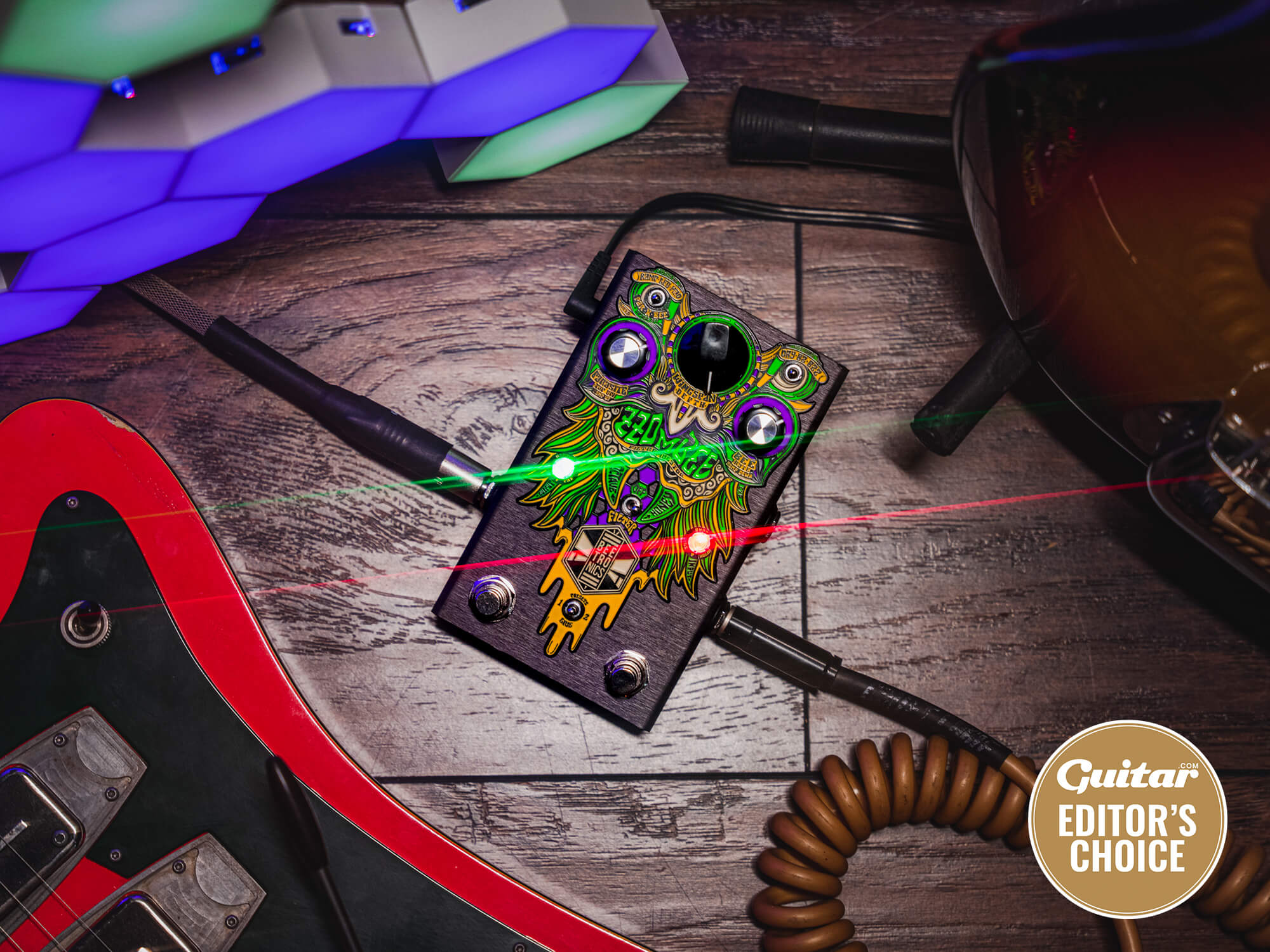 Best enjoyed with an expression pedal, this wildly creative box of noise represents a major leap forward for Beetronics.

You can always rely on Beetronics for a nice big dollop of unpleasantness. It could be argued, though, that the insect-obsessed Californians’ pedal range sometimes feels just a little bit samey. After all, how many flavours of chunky drive and splatty fuzz does anyone really need?

Those familiar textures are very much present in the Zzombee… but now they’re not alone. Picking up where the synthy Swarm left off, this unique device takes things much further with glitchy octaves, pumping tremolo, deep phase/wah throbs, slow filter sweeps and fluttery sample-and-hold textures. Yep, this time they’ve really gone for it. 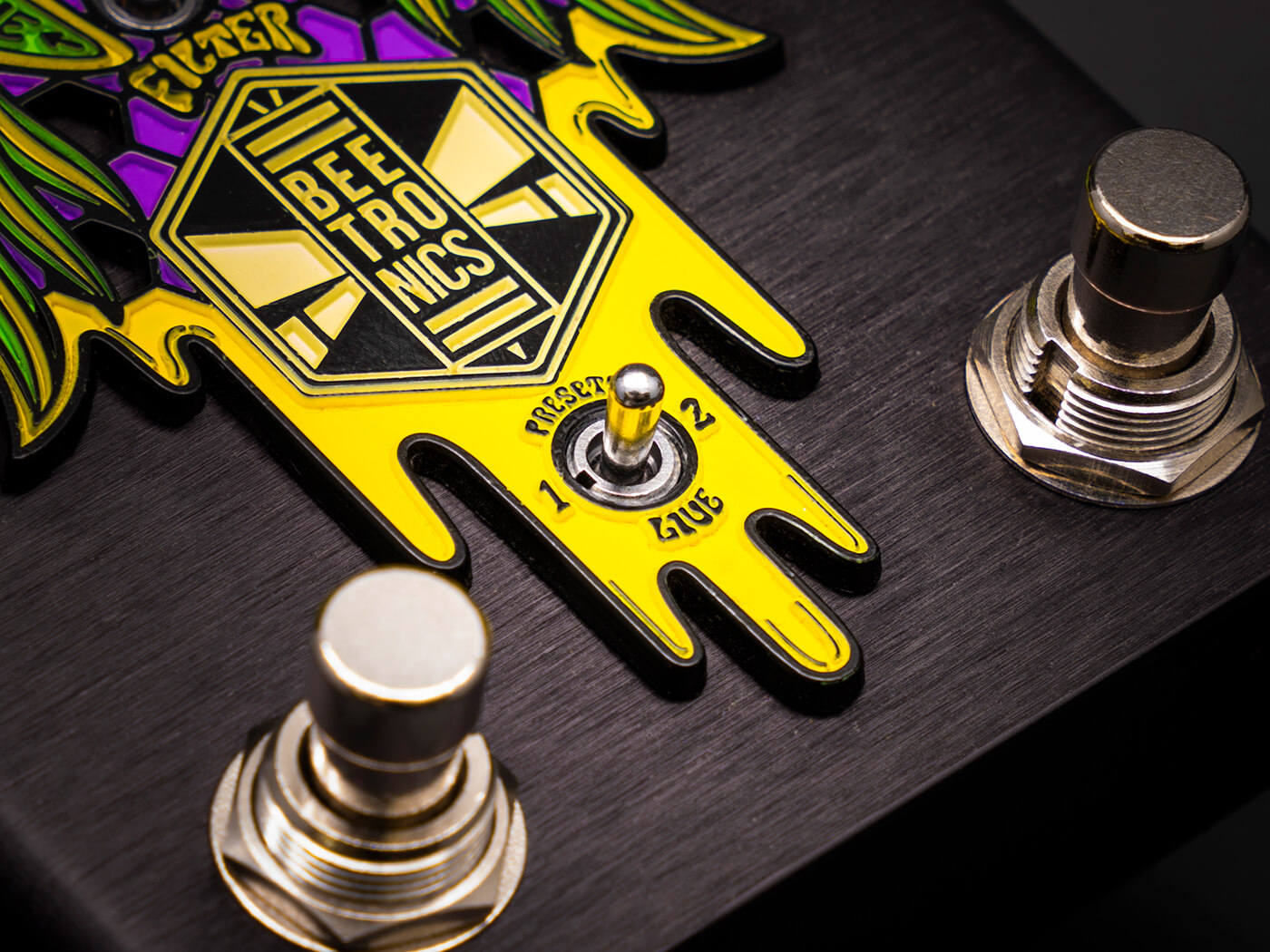 Don’t worry, tonal purists: all of this is still analogue. But what’s made it possible for Beetronics to fit so many kinds of chaos into a single three-knob pedal is the use of digital control. So those knobs do different things in different modes, and you can even save up to five presets.

Be warned, this is a complicated device that takes a good while to fully understand – not least because the control surface is all about the aesthetics, never mind being able to actually read the words. But on the subject of reading, help is at hand from the manual: as well as plenty of bee puns, it also includes 12 suggested presets. And that’s where we’ll be(e) starting our explorations. 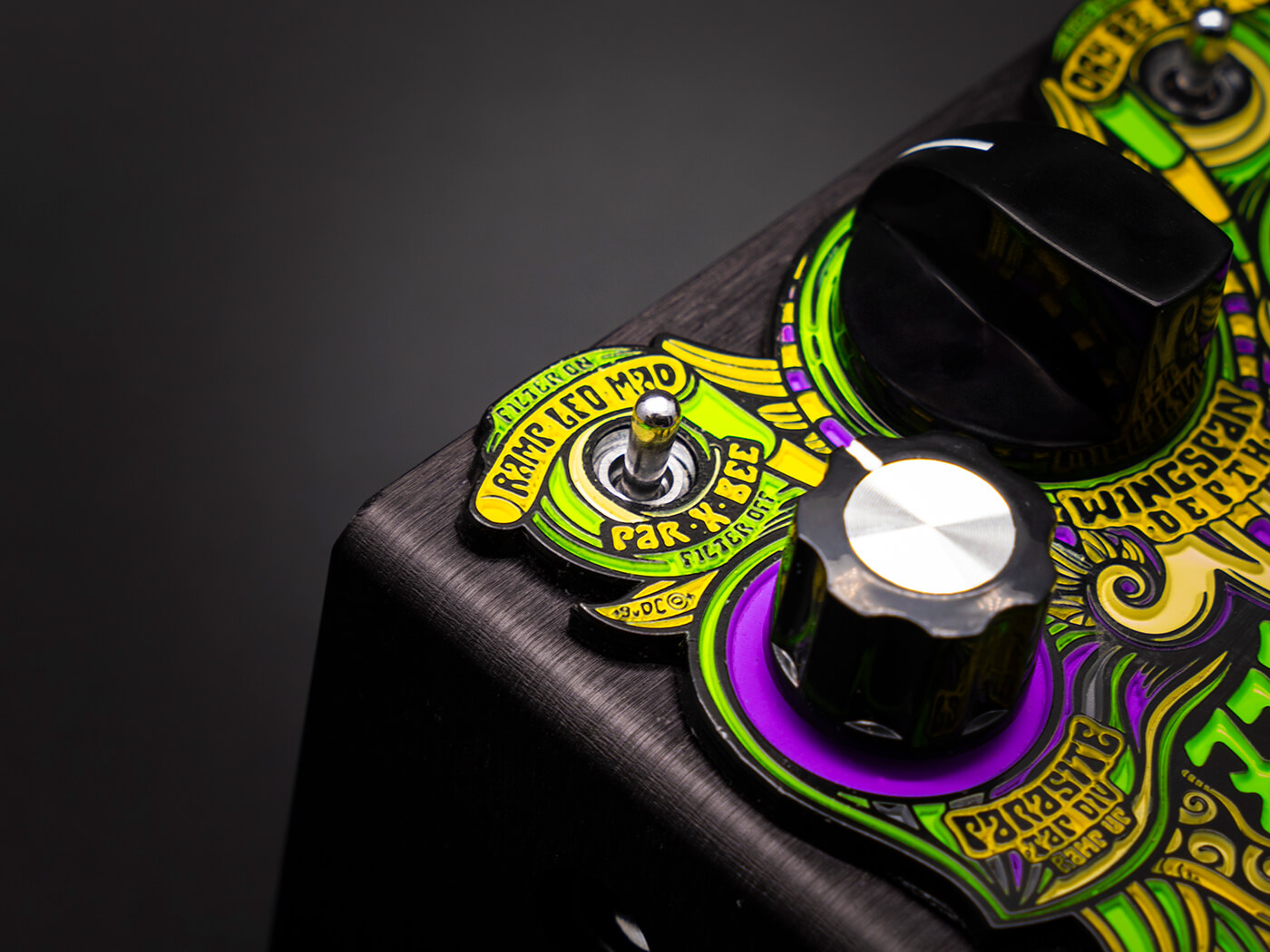 This setting is actually a pretty handy introduction to the basic functions of the Zzombee. For a start, it gives you a good taste of both gainy bits: an overdrive/fuzz circuit on the right and a monophonic octave-down effect on the left. It also shows you the filter section at its most bold and kooky, as this is ‘mad mode’ – flitting up and down randomly with, we’re told, over 65,000 step patterns to choose from. The combined result is strange, messy and agreeably insane. 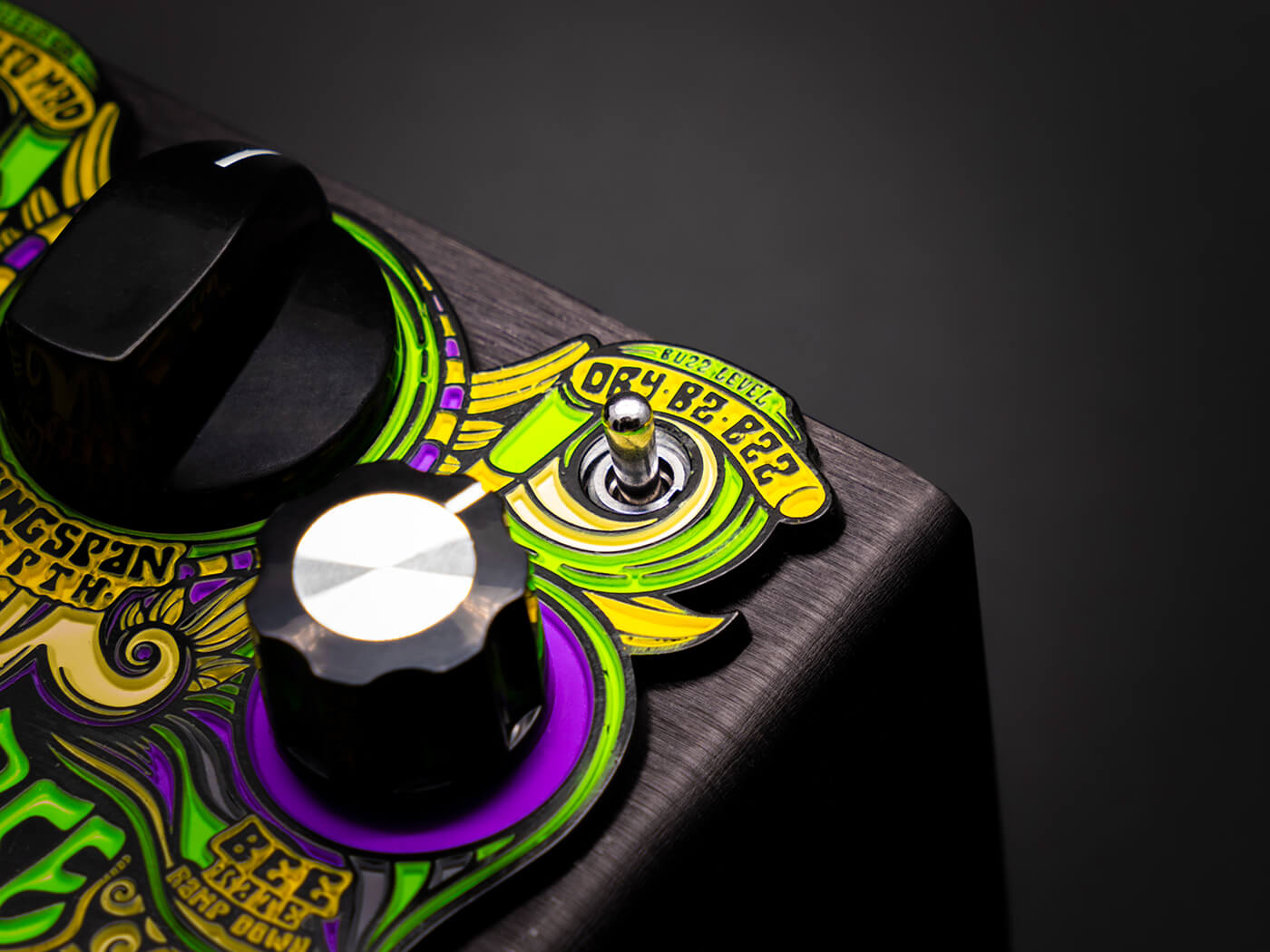 So what happens when we start tampering with stuff? Well, the overdrive has a level control and a three-way switch for clean, medium gain or high gain; and if we hold down the bypass footswitch, that right-hand knob becomes a rate control for the modulation. The low octave has its own output control on the left, while a switch in the centre applies the filter to either side of the circuit (or neither, for pure volume-based effects). And finally, that bigger dial in the middle sets the centre frequency of the filter sweep.

This presents us with a host of options right away: minimise the left and middle knobs, and suddenly we’re playing through a straight overdrive (and very nice it is too); keep it clean and we can enjoy the fluttery filter on its own; max out the buzzy octave, with or without modulation, and everything gets wonderfully cataclysmic. 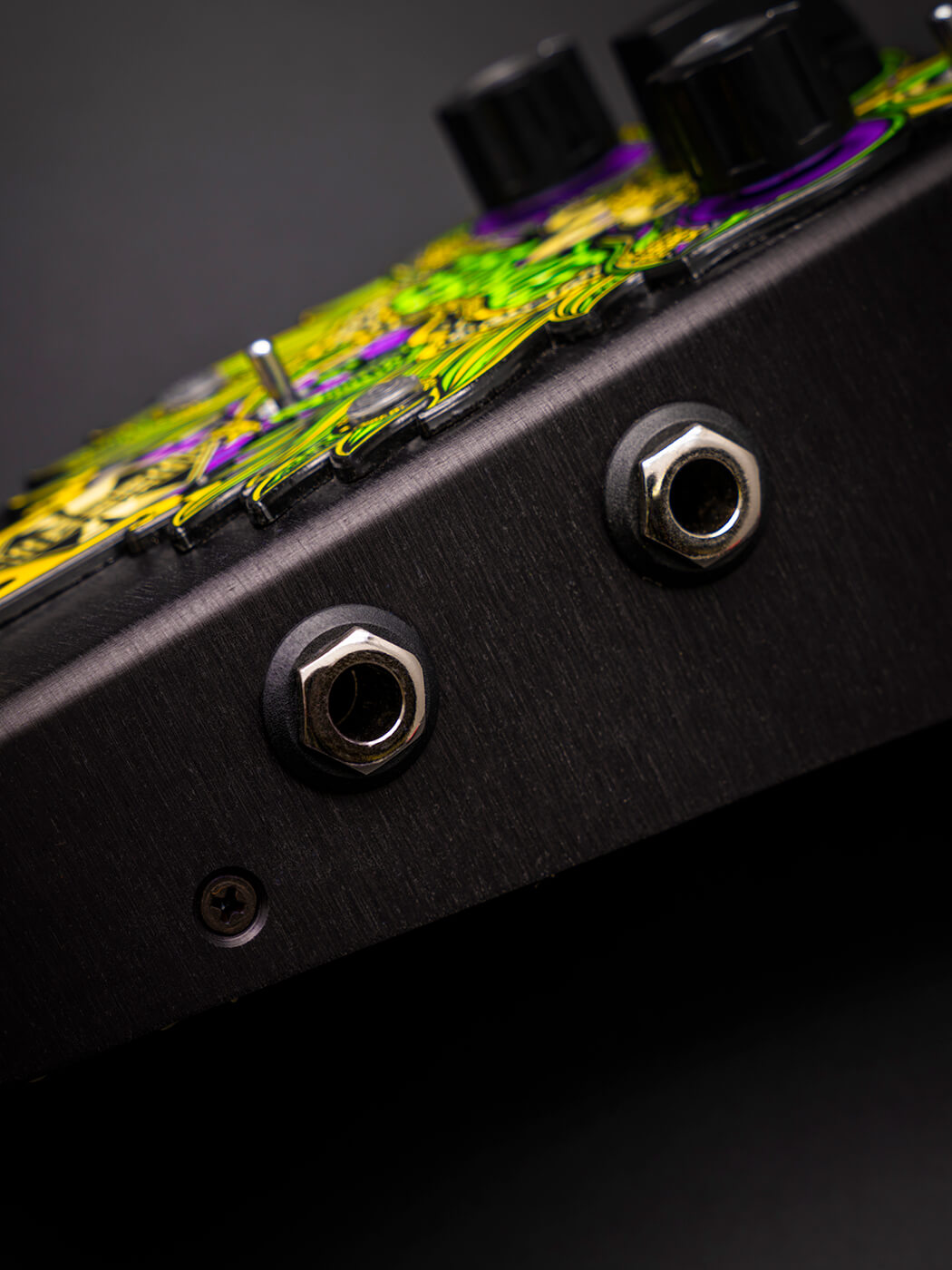 And before we even flip to one of the other two filter modes, there are more secondary tweaks on offer with the bypass switch held down: the knob in the middle now changes the depth of the filter, while the one on the left lets us try out some more of those 65,000+ patterns.

Now imagine all of that manipulation applied to a standard LFO filter for pulsating tremolo, phaser and autowah effects, and to a ramping filter for synth-like tonal swells, and you begin to get some idea of the hours that can so easily be lost inside this unit… especially if you add an expression pedal, which brings much more control over ramping and modulation speeds than the left footswitch is capable of. You can even use the Zzombee as a conventional wah – which sounds great, but is a bit like buying an all-terrain monster truck and only using it for the school run.

It’s not without its frustrations. Much as we like the glitchy gating of the low octave, it’s a pity you can’t set it to be more constant; and we found that secondary settings weren’t always where we left them when flipping back to live mode from a preset. But those quirks aside, the sheer power of this evil black wedge is really quite frightening. 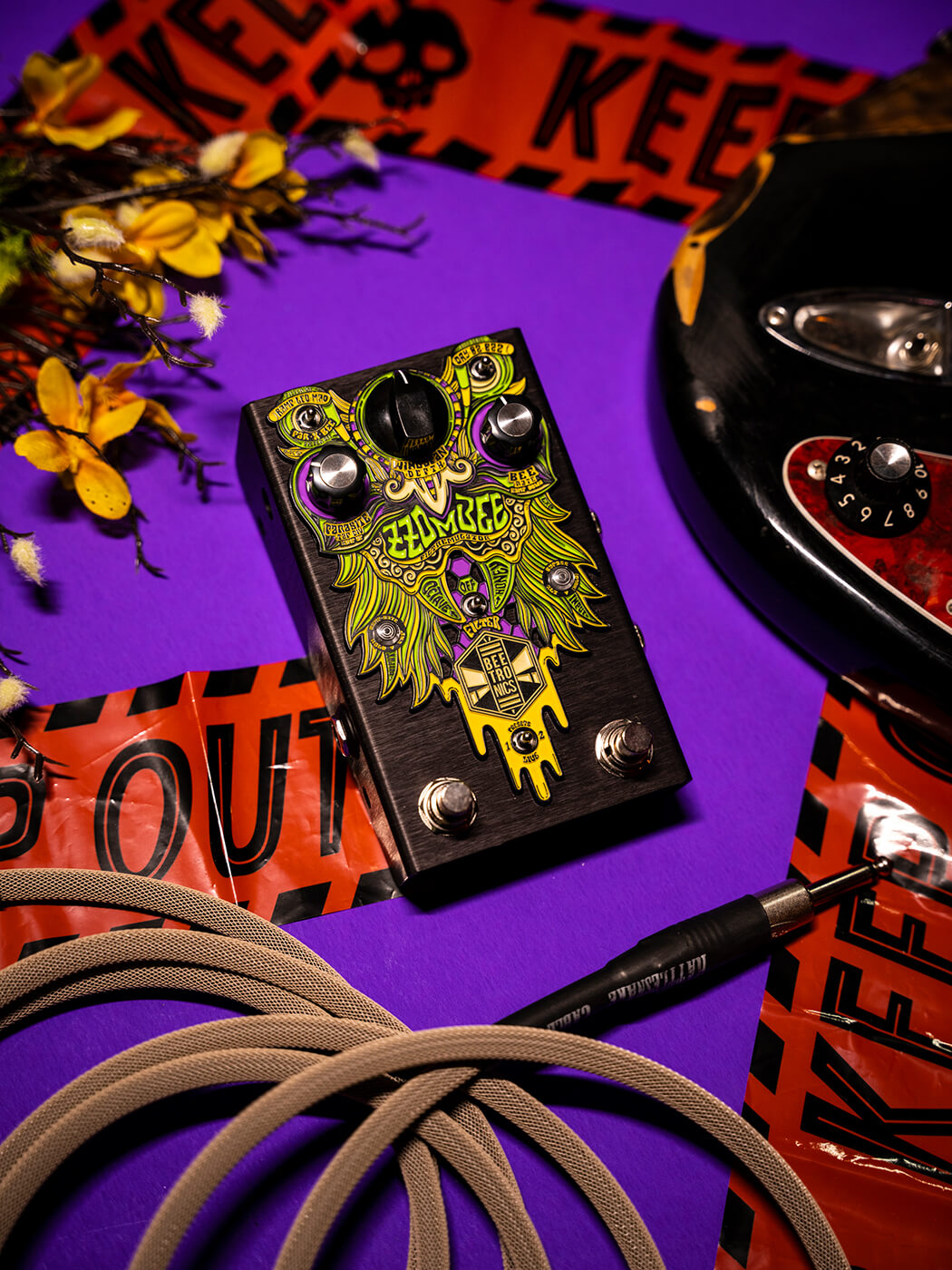