Random wobbles, jerky stutters, background noise, honky filtering – this pedal promises to push your tone through a rusty mangle. But if you think that all sounds a bit niche, prepare to expand your soundscaping horizons. 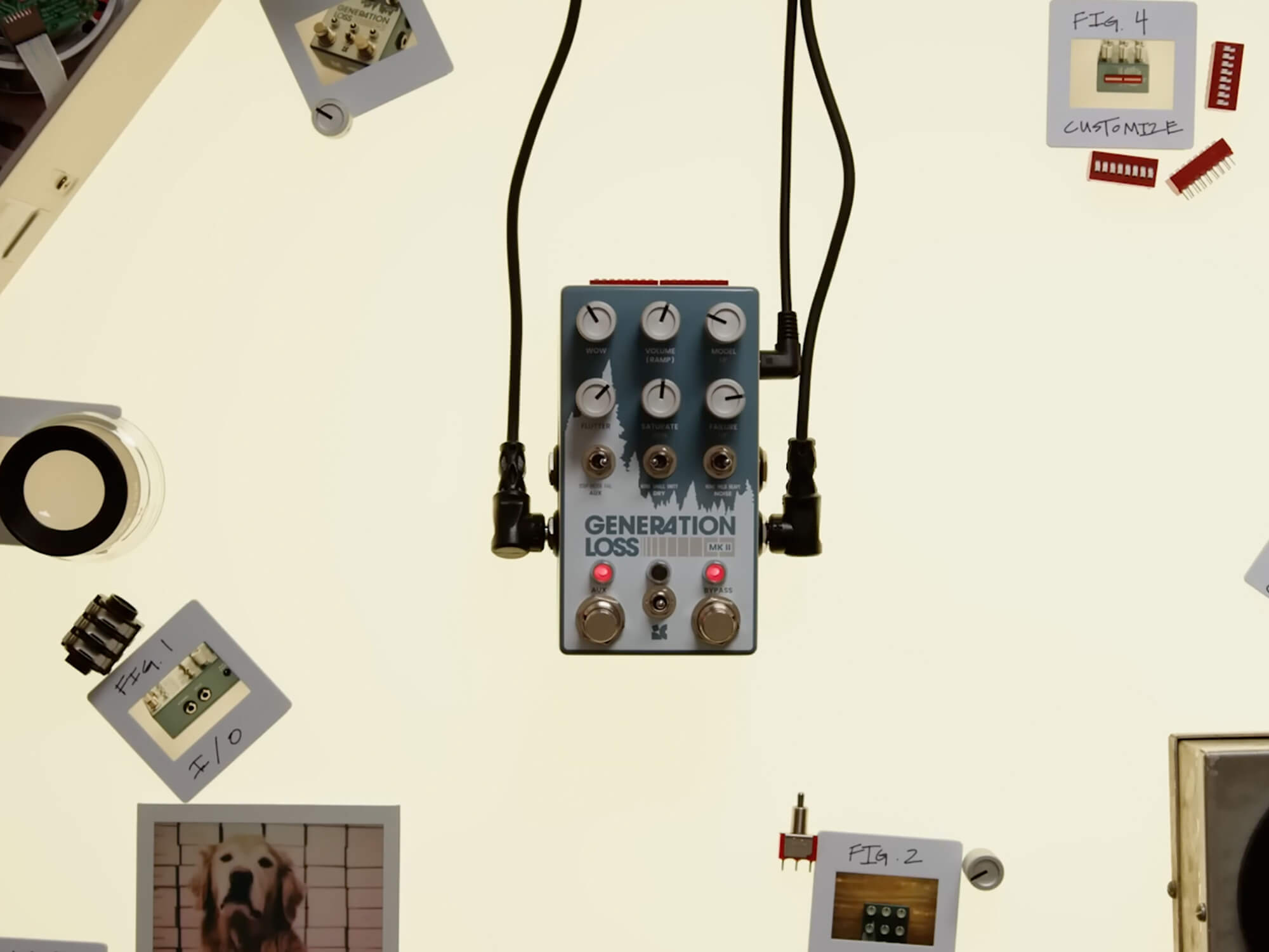 In classic Chase Bliss style, this is a magic box with all sorts of surprising tricks in store.


You’ve spent years upgrading every element of your signal chain in pursuit of pure sonic perfection… and now Chase Bliss wants to charge you 400 quid to mess it all up again. The nerve!

But there’s more to this pedal than turning hi-fi into lo-fi – much more, in fact. Originally designed to emulate the rough and wobbly character of the sound on a VHS videotape, the old Cooper FX Generation Loss has evolved under its new ownership. It’s still out to pulverise your tone, but now in more ways than ever before.

There’s a somewhat complicated story behind the Generation Loss MkII. Tom Majeski designed the original unit (and the V2), then collaborated with Chase Bliss to create an enhanced reissue in 2019, then shut down Cooper FX to go and work for the Minnesota company full-time in 2021. The MkII is based on that 2019 version – and still has a silhouette image of Majeski’s dog Cooper on the front – but refines the formula further. 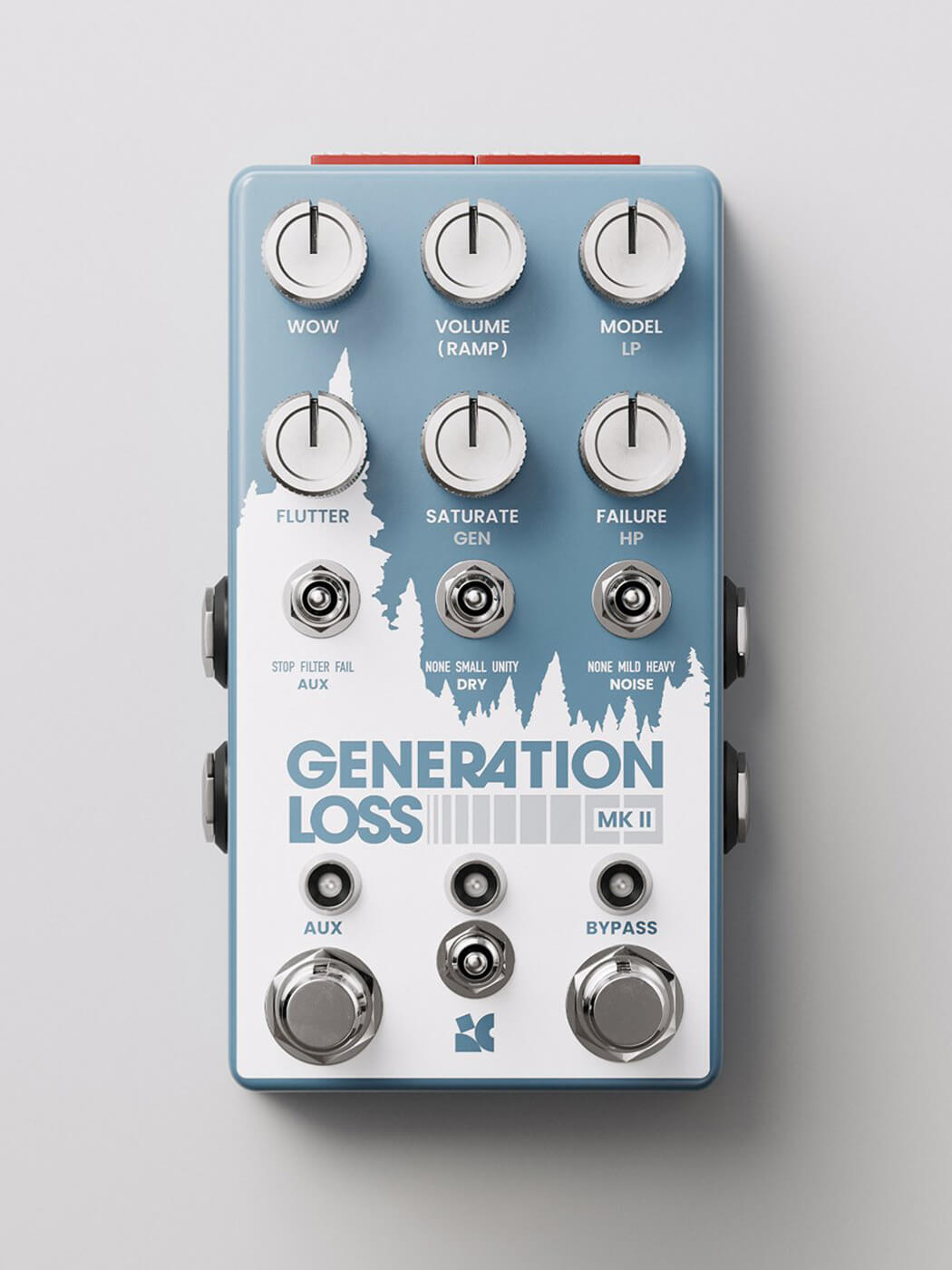 It’s a compact stompbox with the familiar array of six knobs, three toggle switches and two footswitches, as seen most recently on the glorious Habit Echo Collector – and with the same switch at the bottom for engaging either of two presets. There’s also the same row of 16 DIP switches along the top for further customisation, including some new stereo modes and even phasey filter sweeps. The glitchy ‘Failure’ feature now has its own knob, while two features from the Cooper-made V2 return: Tape Stop and Freeze.

If you’re in Europe, you should be able to buy your Generation Loss MkII direct from CB’s Amsterdam hub as part of its new shop-free business model. That is, as long as they’ve got some post-Brexit paperwork issues sorted by the time you’re reading this – our review pedal had to be shipped over from the US. 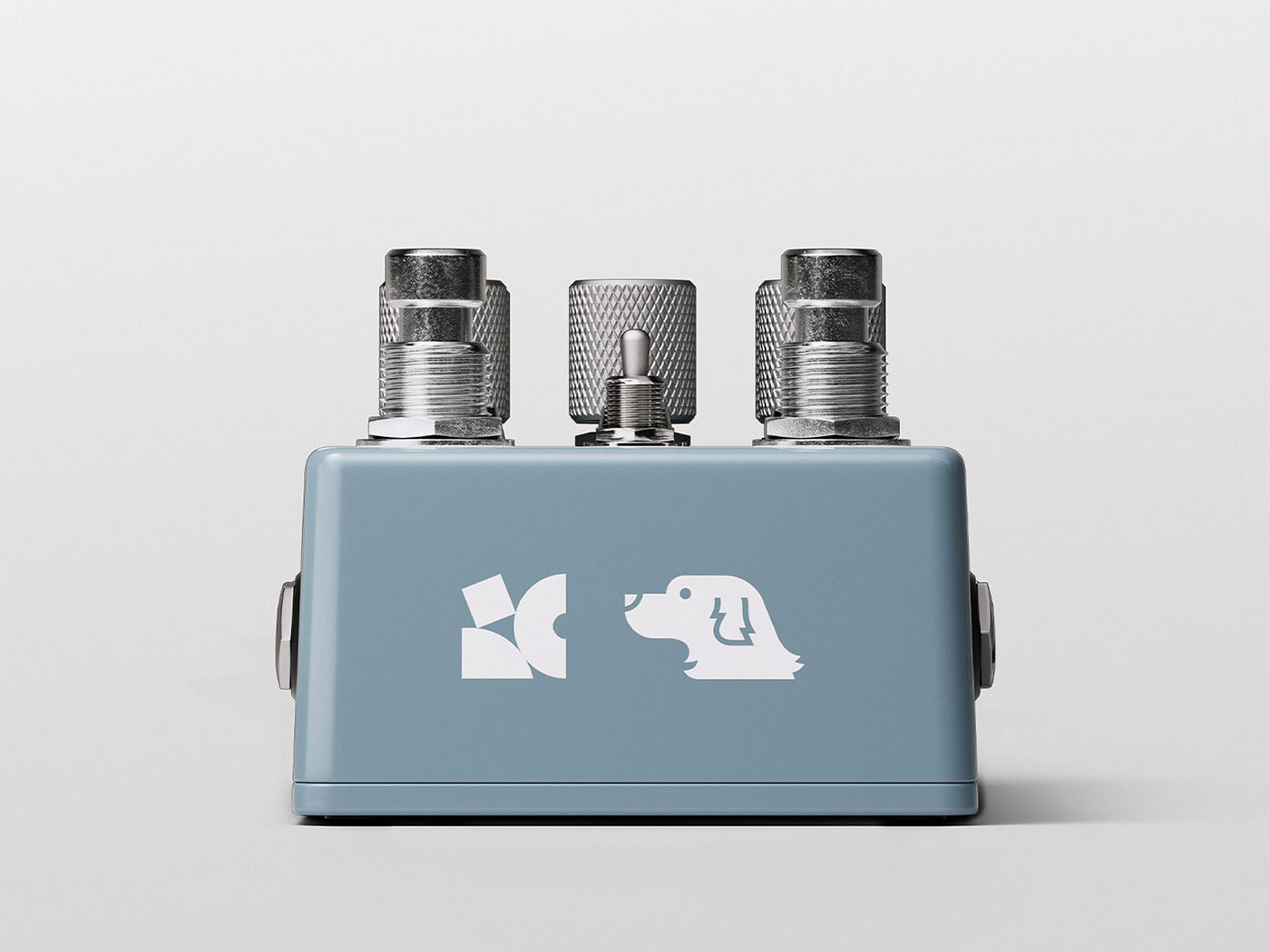 Are you confused? Does the very existence of this pedal offend you? If you think good tone begins and ends with a 1959 Les Paul plugged straight into a Dumble, your discomfort is understandable; but if you’re able to appreciate the fragile and mysterious beauty that can only come from imperfection – hello, fans of the first two Sparklehorse albums – then you’ll find plenty to enjoy in this unique device.

First, though, we’re going to switch off the hiss. A bit of background noise can be evocative, but it can also get extremely annoying after not very long at all, so you might want to keep this weapon locked away until you need it. In all likelihood you’ll find the combination of Wow, Flutter, Saturation and Failure to be quite discombobulating enough.
There are countless nostalgia-poking textures to be found between those four controls and the Model knob – actually a rotary switch for choosing between 12 EQ-filtering profiles – and we find ourselves enjoying the irony that a gleamingly digital pedal should be so good at making things sound raggedly analogue. But as ever with Chase Bliss, the really clever stuff lies below the surface. 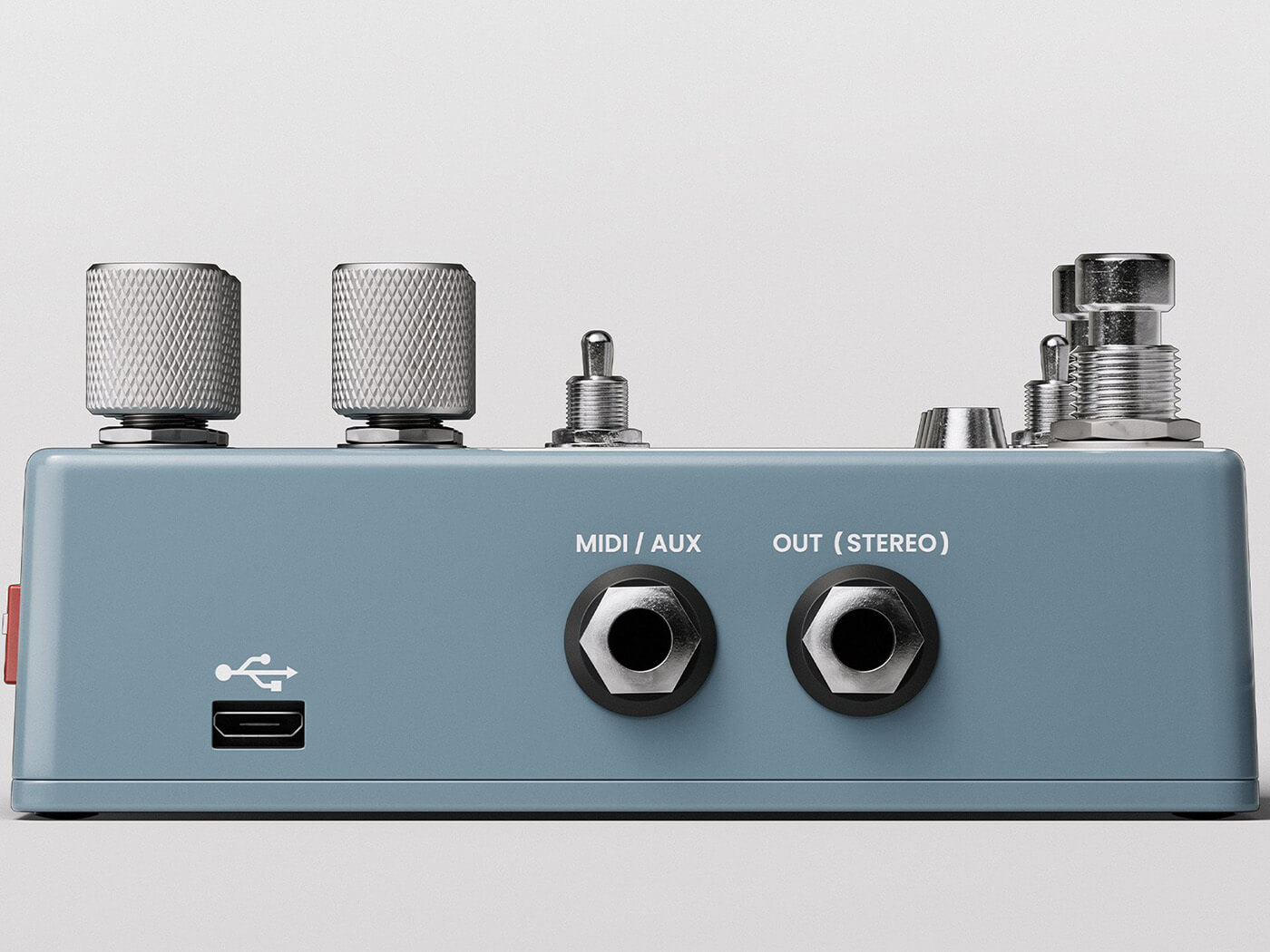 The Generation Loss MkII has been widely hyped for such a specialised effect, but where it lives up to the months of pre-orders and forum chatter is in its ability to go beyond that ‘VHS emulator’ brief. Spend some time with your nose in the (mercifully short) manual and you’ll discover strangely scuzzy variants on chorus, phasing, sample-and-hold filtering and more. Even using the second footswitch to morph slowly between two EQ settings can have unexpectedly fruity results. 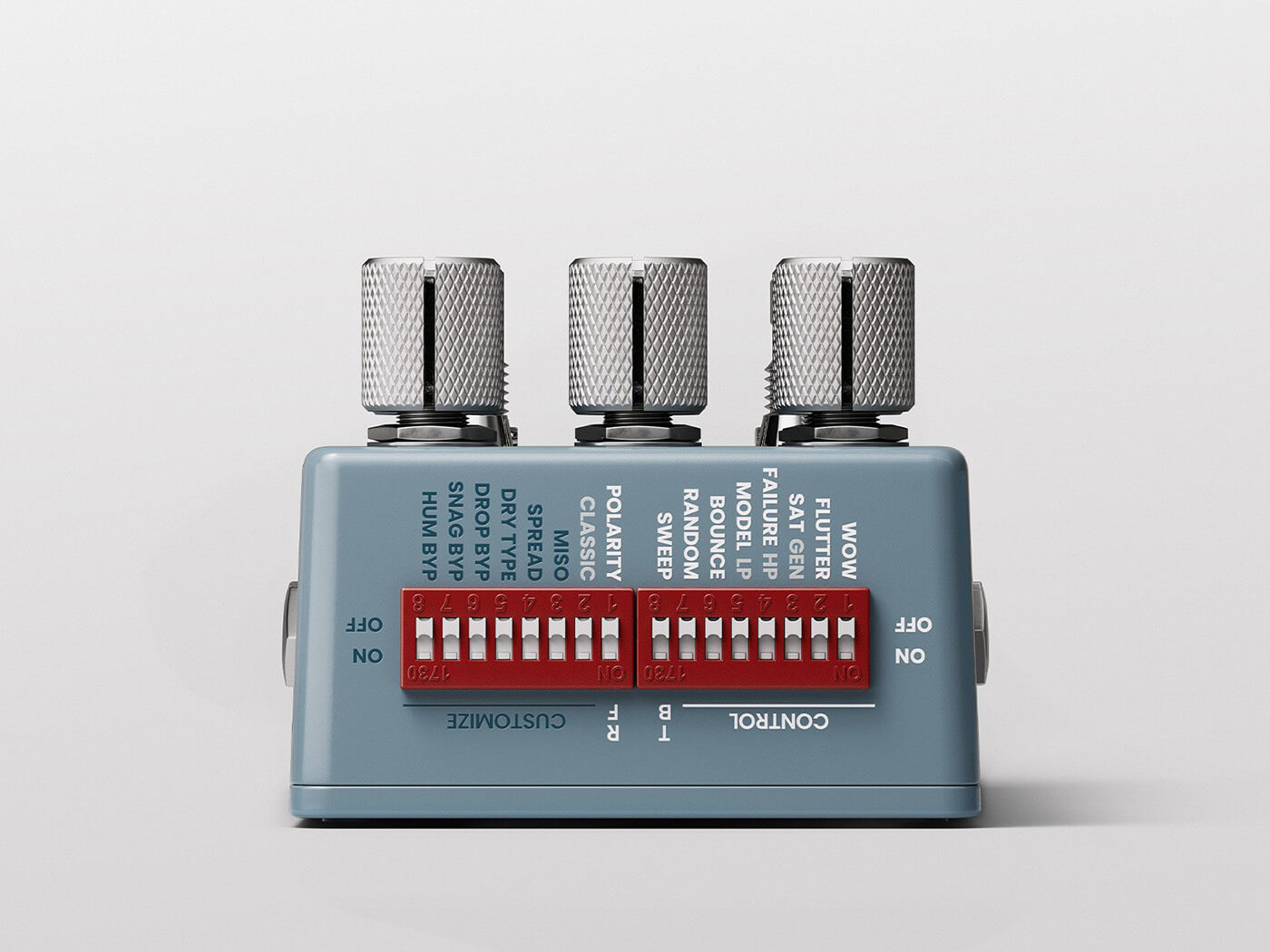 If you’ve got two amps and a Y cable it’s worth playing with the stereo options, while adding an expression pedal will allow you to perform some knob-twiddling functions with both hands on your guitar. And all the sounds of the previous Generation Loss are available simply by prodding the dip-switch marked ‘classic’ – which also unlocks the Freeze function; for all the fun of sustaining a chord forever while you tweak its modulation and filtering.

It’s a wonderfully clever pedal, this. To say it’s not for everyone would be a gigantic understatement, and the pitch-warping stuff can get nauseating after a while; but if you have the self-control to spend this much cash on a product and then use it sparingly, you might find it to be one of the most powerful tools in your soundscaping shed. 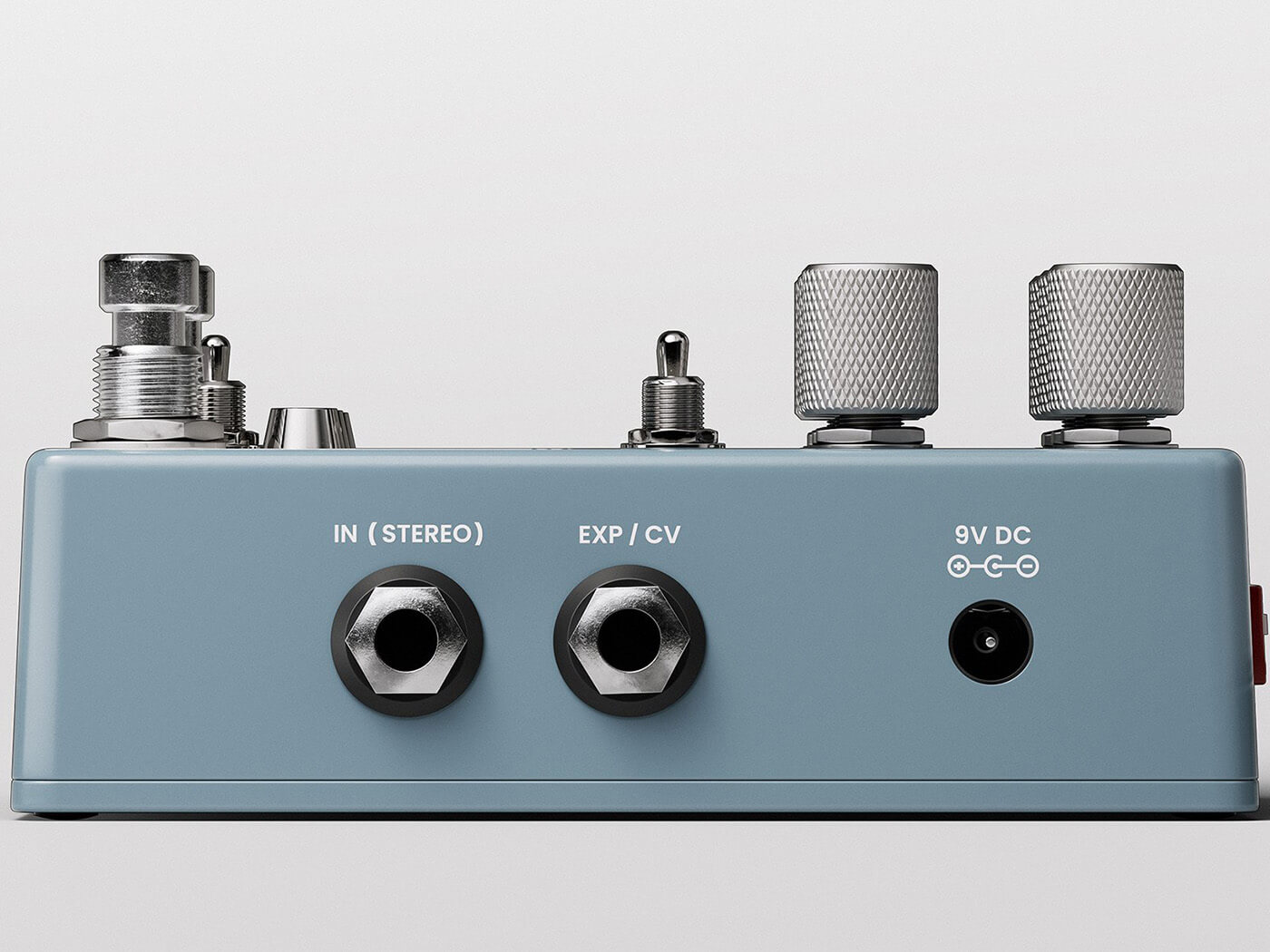