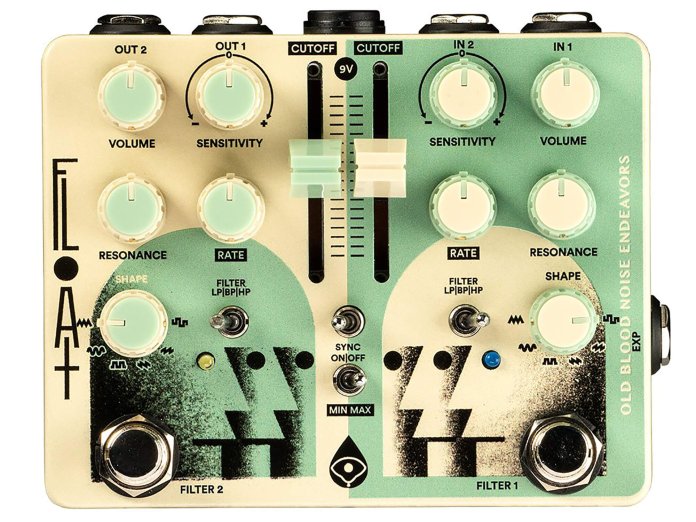 Filter pedals are one of the unsung effects of the stompbox world, but Old Blood Noise Endeavors aims to change that with the Float – firstly by putting two of them in one box, and secondly by adding its usual innovative approach to how they work.

So, what makes the Float stand out from other moving filter units? Well, this is Old Blood’s first ever digitally-controlled analogue pedal. It features two separate filters, each with control over type and shape, cutoff frequency, LFO rate, envelope sensitivity, resonance and volume… and lets you run them in parallel, in series or even in stereo.

You can have each filter respond to a fixed LFO, to the dynamic envelope of your playing or to an expression pedal, and they can be synced together or operate in complete independence.

For the uninitiated, this thing may be a tad more complex than your grandpa’s Q-Tron – and that may deter some folks. But if you’re a more adventurous knob-twiddler, you’re in for a treat. 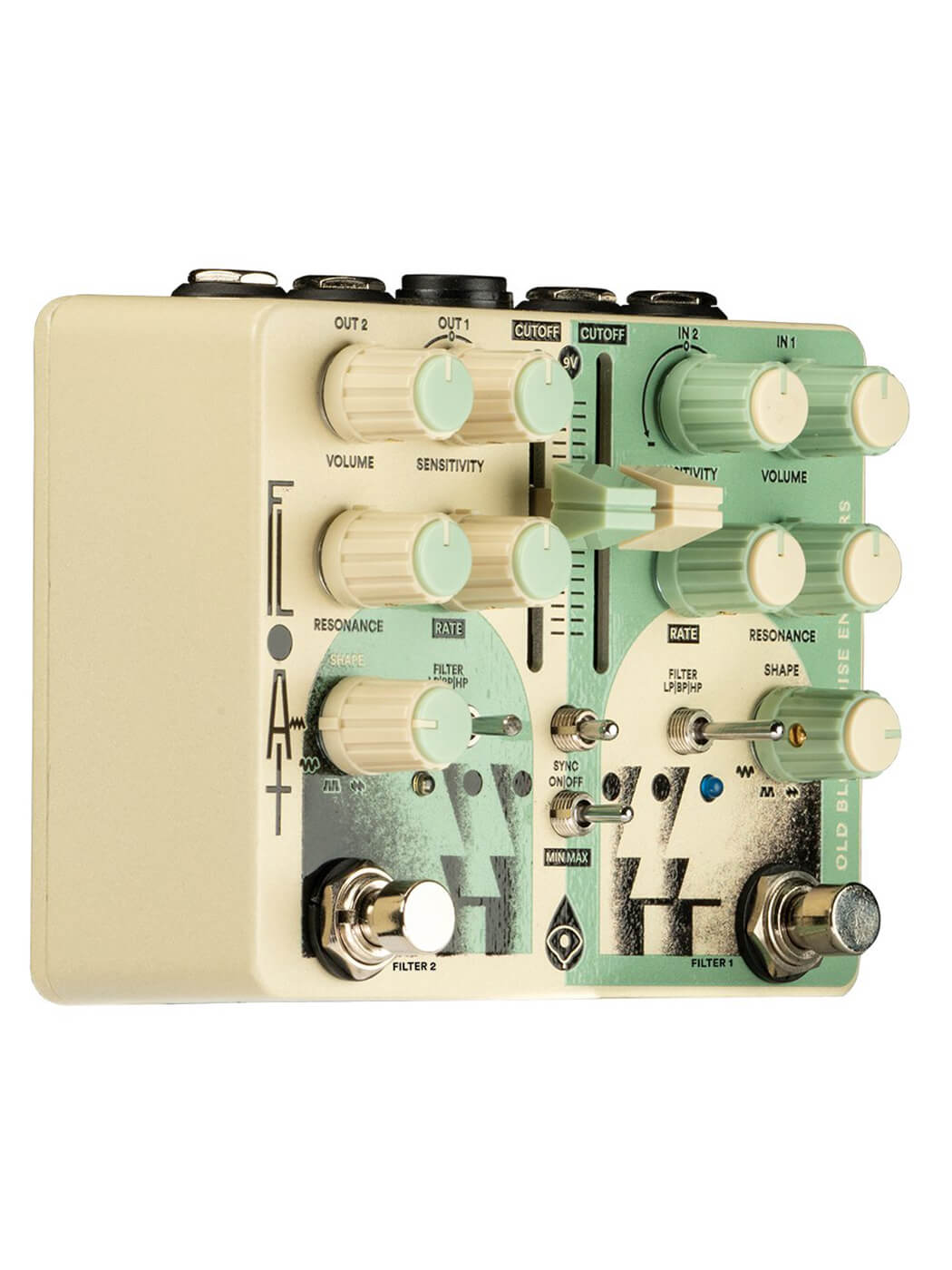 We begin by plugging a Jazzmaster into the Float then out to a Matchless Nighthawk for simple mono operation. Using the pedal in a single-amp setup like this, and running both sides in tandem while adjusting the cutoff and resonance to be different on each side, the first thing we hear is an envelope-following harmonic movement that feels like tremolo cosplaying as auto-wah – think the pulsating psychedelics of Estimated Prophet by the Grateful Dead or U2’s Mysterious Ways.

It doesn’t take much adjustment to make things way more complex than that, but perhaps the Float’s best feature is its musical duality when running a stereo setup. Setting the controls on each side with two different LFO shapes, with both sensitivity knobs parked at noon to disengage the envelope, the result is a lush pulsating effect that we can only describe as the auditory equivalent of standing inside a Leslie rotary speaker. It’s a rather joyous experience that’s pretty much unique to this pedal.

Another impressive aspect of the Float is how well it interacts with other stompers. Drafting in OBNE’s own Screen Violence and a Strymon TimeLine delay, we start by changing the LFO shapes and turning the sync switch off to let each half of the pedal do its own thing. Instantly we find ourselves engulfed in sounds ranging from the bludgeoning intensity of My Bloody Valentine to the more subdued ’90s alt-rock textures of Incubus.

Old Blood has succeeded in implementing a unique approach to an often overlooked effect type here, and in a pedalboard-friendly package. The Float doesn’t sound close to any particular filter pedal you’ve heard before – and that just may be its strongest point. 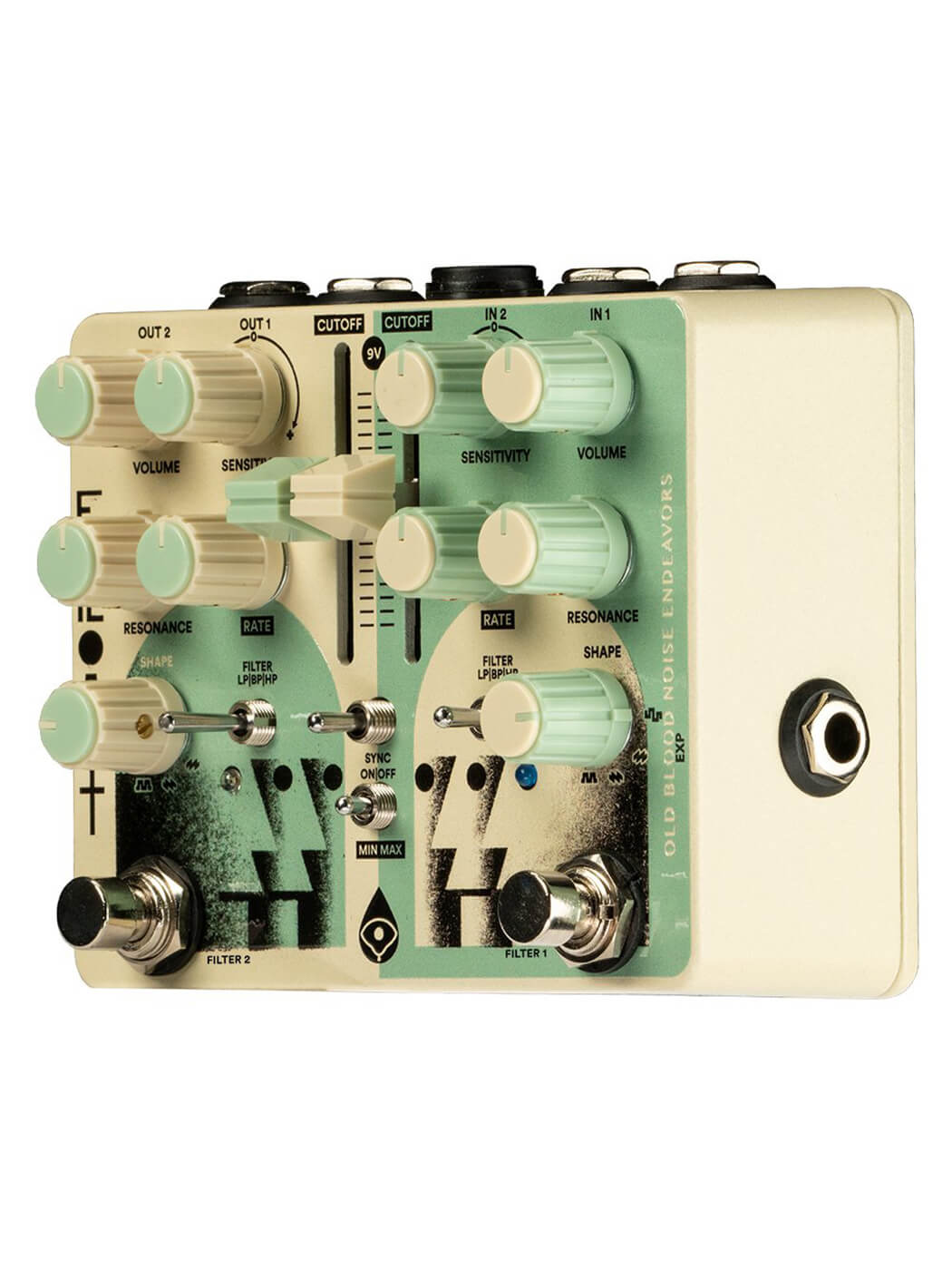