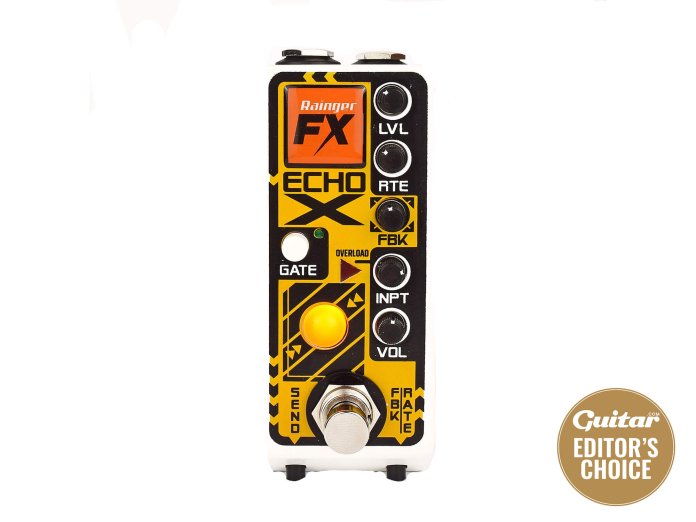 We’re pretty sure David Rainger’s workshop is located in a secret underground cavern littered with bubbling test tubes and powered by lightning. That’s certainly the impression created by his ever-eccentric pedals, beginning with the Freakenstein fuzzes that started appearing on boards a little over a decade ago.

But the Rainger FX philosophy is not about wackiness for its own sake – and that’s especially true of the Echo-X, a digital delay with some unique features that aim to open up new sound-sculpting possibilities. We’re told this is the world’s first gated echo effect… and that’s not its only talent.

This is a distinctly ‘mini’ pedal, in a wedge-shaped enclosure that’s taller at the back than it is wide, and yet – with the help of the included Igor foot controller, basically an expression pedal in biscuit form – it offers more tweakable functions than most full-size delays.

First up there’s that gate, activated or bypassed via a white button on the left. The idea here is that, once you stop playing, the delay stops repeating, so you can really crank the feedback knowing you’ll be able bring it to an instant halt at any time.

The other controls on the top are all standard stuff, including separate knobs for input gain and output volume, but then we notice two little push-buttons on the front. These both control the functionality of Igor: push in the ‘send’ button, and the delay circuit will only be fed your dry signal when you squeeze the controller; otherwise, the right-hand button lets you set it to control either the rate or the feedback of the repeats. 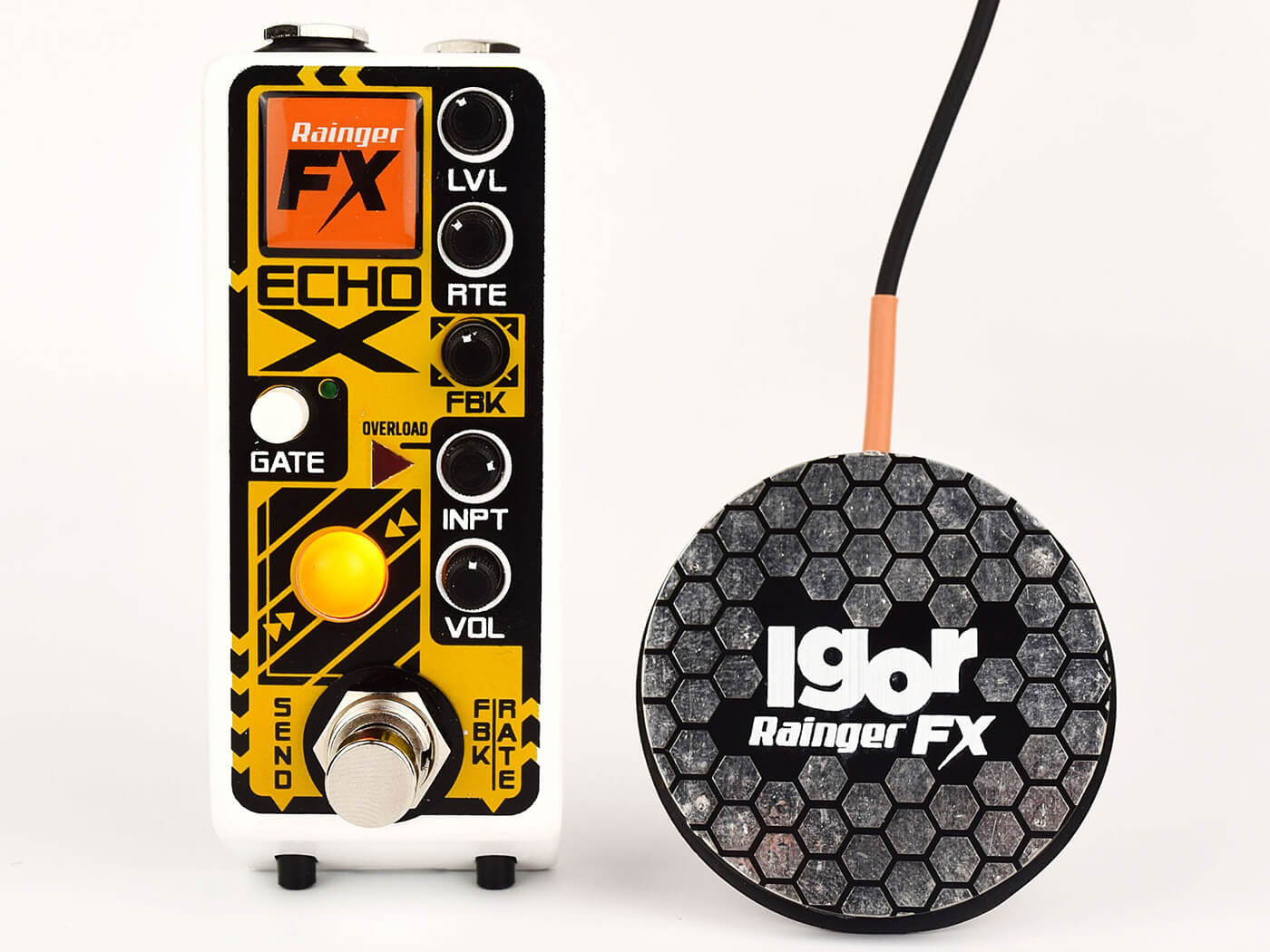 The first thing we notice about this pedal is how nice it sounds when it’s not doing anything. With the volume controls set to match our bypass signal and the delay level at zero, what we get is not quite the same as our dry sound: the midrange is ever so slightly scooped and there’s just a touch of extra chime in the treble. This is not something we expected, but we’re not complaining.

When we do introduce some repeats, it seems the line between digital and analogue has reached new levels of blurriness. This is not a bucket-brigade delay but it has all of that slightly mushy tonality, with the low end thinning out progressively as it fades – perfect for high-feedback dubby effects.

The gate works just as advertised, letting you build up heavy washes of delay then stop them dead just by damping the strings. No doubt some creative people will find all sorts of uses for this effect, though it’s not going to revolutionise guitar-playing for everyone.
We’re inclined to think the ‘send’ button is more useful. The clever bit here is that, if you lift your foot off Igor, anything you play now will stay dry but whatever’s already in the circuit will continue repeating until it dies out naturally. This enables you to use delay in a super-organic way, and the only pity is that you can’t use it in tandem with the controller’s other two functions.

Squeezing down on Igor feels very different to rocking forward on a conventional expression pedal – but for sending the repeats scurrying up and away in speed and pitch, or maxing out the feedback for heavily distorted self-oscillation, it’s every bit as intuitive.
We’re not quite sure how Rainger gets all that functionality, and all that tone, into such a tiny unit – but there must be something potent in those bubbling test tubes, because the Echo-X is a bit of a monster.