This pedalboard-friendly amp and cab simulator might be the perfect solution for the modern guitarist.

There’s serious pay dirt out there for anyone who can design one of those rare problem-solving devices that dovetails with the requirements of modern musicians and becomes an essential component of their rigs. The Strymon Iridium ticks those boxes emphatically.

The sound and feel of classic tube amps is still the high-water mark for most guitar players. However, live gigs are getting quieter, there are legions of guitarists whose primary concert stages are YouTube and Instagram, and the pedalboard is the pre-eminent tone-shaper of the age.

While it might look like an everyday stompbox, it’s helpful to think of the Iridium as an amp itself, sitting at the end of your signal chain the way one of the three vintage amplifiers it simulates might – albeit with a considerably less strenuous load-in.

Whether you are using the Iridium in stereo or mono into a PA system or audio interface, or as a headphone amp via the mini-jack socket at the front, the concept is the same. Each of its three onboard amp models comes with its own trio of impulse-response speaker-cabinet simulations, but if you have pre-existing favourites, you can hook the Iridium up to a computer via its USB port and load in third-party IRs via Strymon’s Impulse Manager software. Tone-sculpting is carried out via drive, bass, middle and treble controls and, like the real thing, the tonestack in each amp model is nuanced and interdependent. 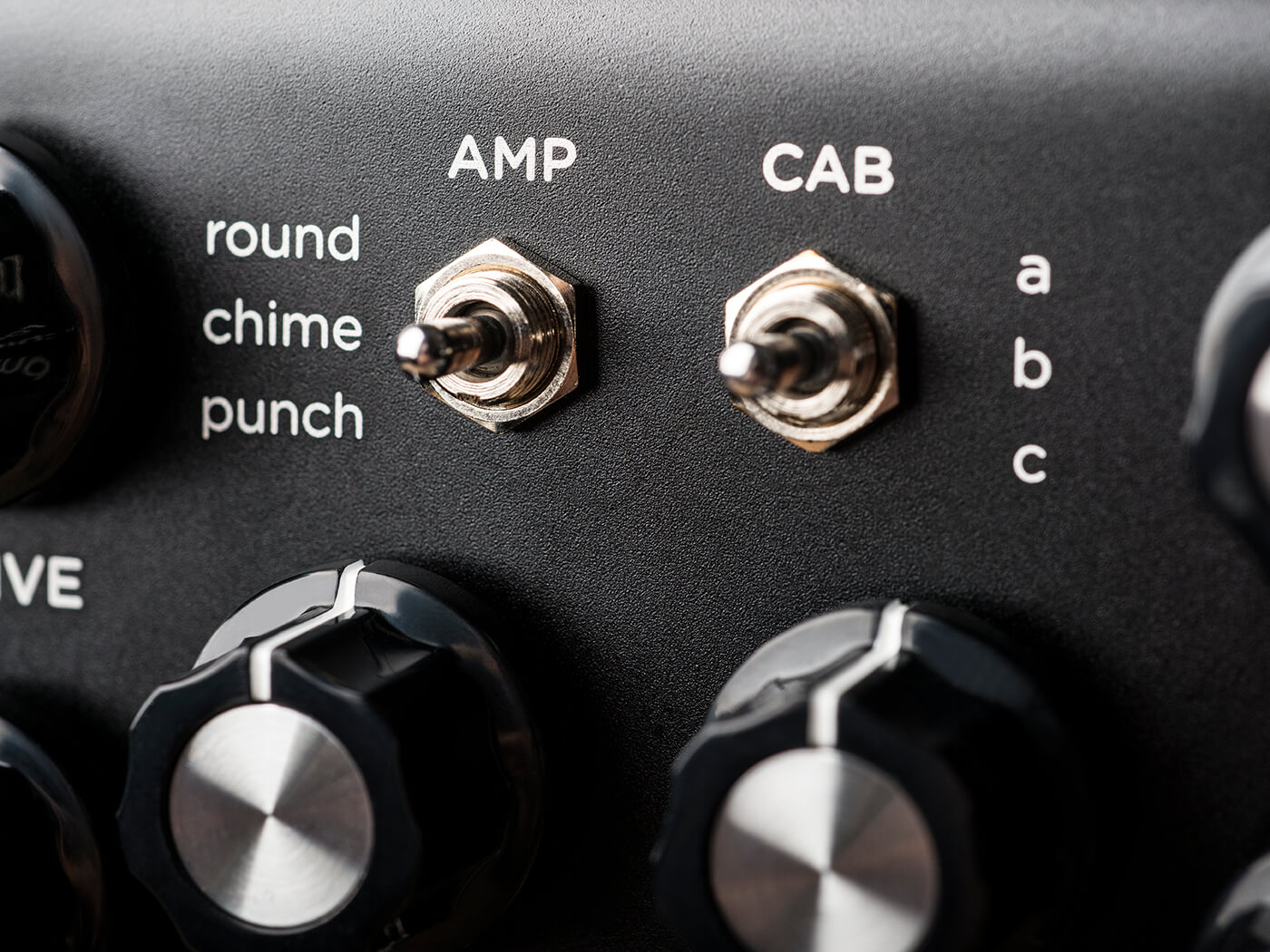 ‘Chime’ is modelled after the Brilliant channel of a Vox AC30TB and sees the middle control operate as a tone cut, providing high-end roll-off. The ‘Round’ voicing is based on the Normal channel of a Deluxe Reverb (another amp that traditionally doesn’t have a middle control) and it delivers the original fixed-resistor value with the mids centred, with more scoop when you back it off and Tweed-style midrange entering the fray as you head clockwise. ‘Punch’ is based on a 100-watt Plexi with additional gain on tap after two o’clock on the drive control.

In addition to the master level knob, there’s a healthy splash of ambience available via the room control. Strymon describes this as a hybrid reverb, combining 256-millisecond stereo impulse-response captures of real rooms with the company’s reverb-tank algorithm. The knob’s secondary functionality (accessed by pressing and holding the main footswitch) allows you to flip between a small, medium and large room. Like some other Strymon pedals, alongside the footswitch that toggles the unit on and off, there’s also a favourite switch for instant recall of your go-to setting, regardless of how the knobs and switches are currently set.

The ability to bypass either the virtual cabinet or amplifier-modelling tech adds additional strings to the Iridium’s bow and, if you really want to venture into uncharted territory, it’s possible to load any 24-bit 96kHz WAV impulse response into the unit – this could include acoustic instrument body resonance or even samples of other music. Experienced submariners can go even deeper with an external expression pedal for controlling parameters in real time, while MIDI unlocks control automation and 300 presets. 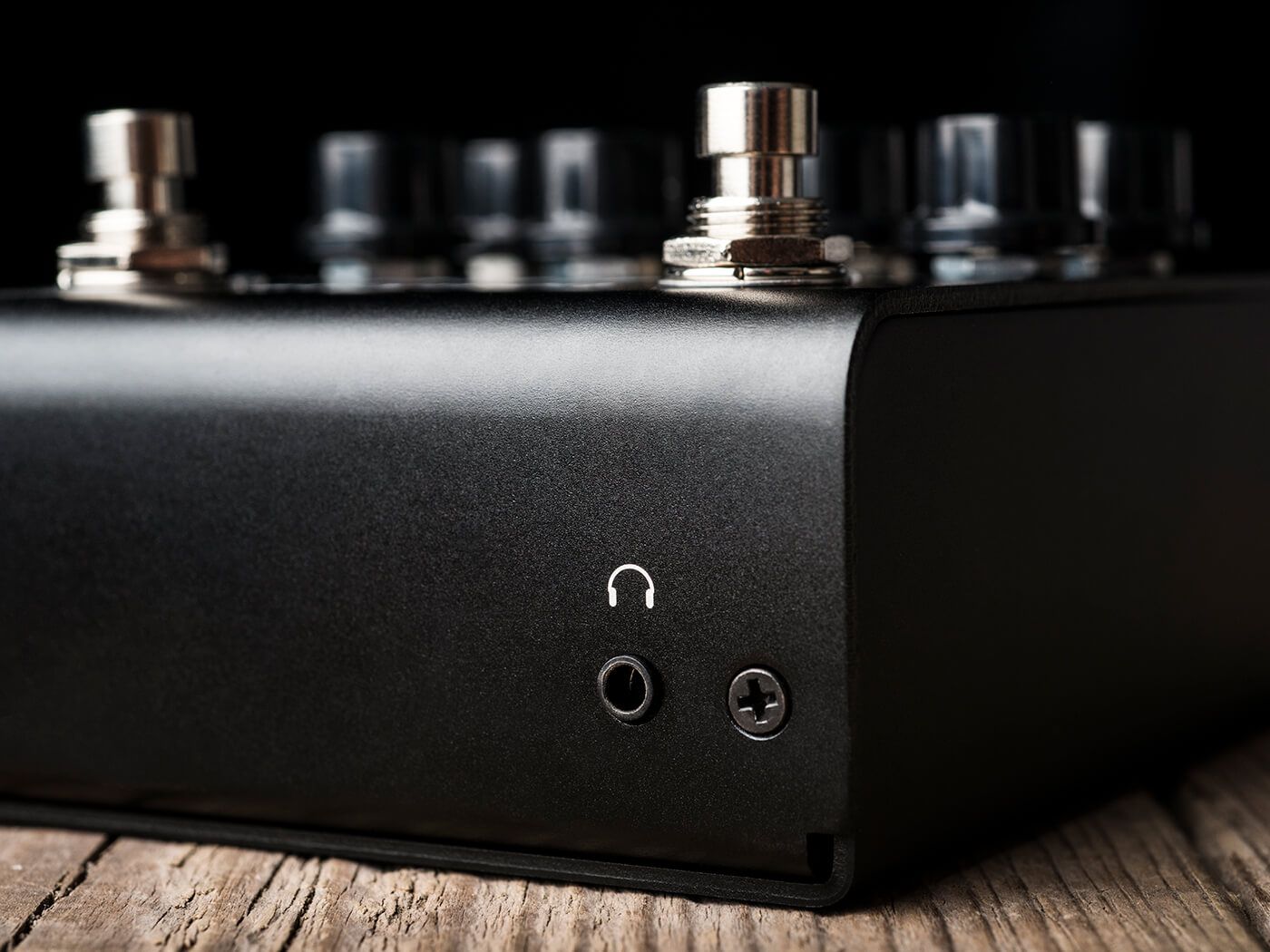 Although there’s extraordinary versatility on offer here, Strymon has managed to repeat its now-familiar party trick of extracting a great deal from a modest array of controls. With a high-performance 32-bit floating-point SHARC ADSP-21375 processor working together with an ARM co-processor to deliver 24-bit 96kHz 500ms impulse responses, there’s certainly enormous sophistication under the hood – and five years of R&D has paid dividends.

Kicking off in Chime mode, we’re struck by how dynamic, responsive and amp-like the Iridium feels under the fingers. The tones are less stylised and produced-sounding than those offered by most modelling units, but that’s a good thing. Through headphones or monitors, the experience will feel like home turf to anyone used to tracking guitars in the control room with an old Vox mic’d up in the live room next door – the combination of the tactile analogue JFET preamp and the vivid sense of space afforded by the room reverb helps enormously.

Although the cabinet simulations come with a description of the cab configurations and speaker types, it’s best to leave real-world preconceptions at the door and let your ears decide which IR you prefer. For example, a Mesa/Boogie 4×12 with a mixture of Celestion and Electro-Voice speakers might on paper seem like a strange pairing with an AC30 but it certainly works here. Across the trio of cabs, judicious use of the drive control will open up a variety of Vox’s greatest hits, from the claustrophobic rasp of Dave Davies to Heartbreakers’ chime and raucous 1990s indie tones.

Thanks to the aforementioned middle control and the choice of 1×12 or 2×10 cabinets, you can also summon several eras of Fender tone from the Round amplifier voicing. Although it’s the cleanest of the three amp models here, it’s a great platform for pedals and the pushed Blackface tones are as musically versatile as the real thing. Crank the mids and wind up the treble a few notches and you’ll hear some of the chewy Tweed raunch that works so well for Americana of almost every stripe.

With the Punch voicing, each of the cabinet variations delivers power and excitement in spades. With all EQs at noon, the drive at about 4pm and a healthy amount of room reverb dialled in, our Telecaster’s bridge pickup transitions from searing 1970s hard-rock in the back position to pure Jimi at the neck. The tones are harmonically complex and richly detailed and the response to our guitar’s onboard controls is superb – direct guitar tone doesn’t get much more infectious or three-dimensional than this. 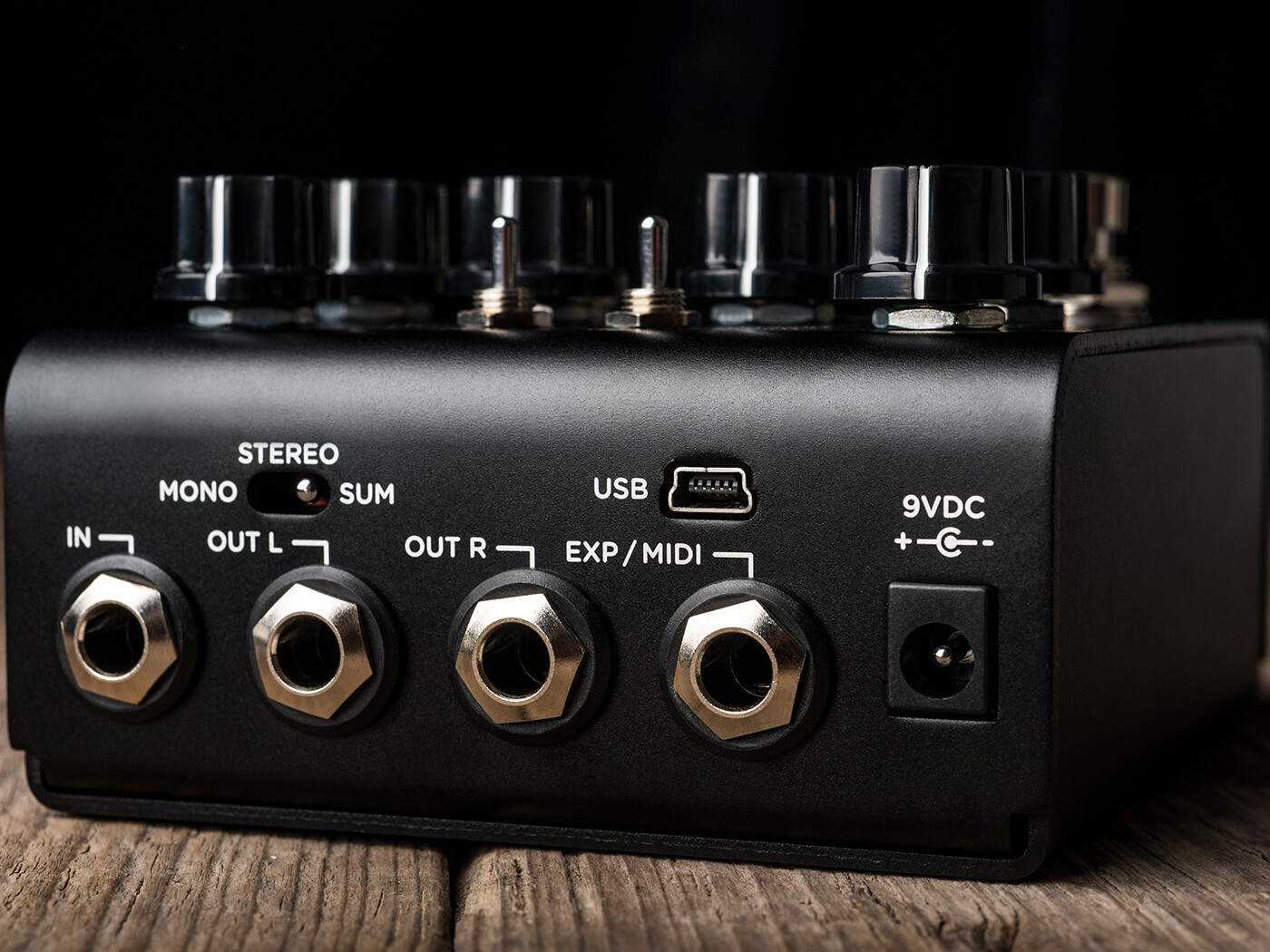 Although both the Marshall and Vox-inspired models have more drive on tap than their real-life equivalents, the Iridium is probably not a plug-and-play solution for instant metal gratification. However, if your favourite flavours of dirt are classic rock, pop and indie-inspired, then you’ll enjoy the available textures immensely. If not, the Iridium plays nicely with stompbox effects chains and gain-stacking. We enjoyed using it as part of a mini-board with a RYRA Klone, an old Tube Screamer and a Flint reverb/tremolo in front of it, but try running delay and reverb effects after the Iridium for more of a studio outboard vibe.

Downsides? Like most Strymon units, it’s power hungry and it’s not cheap. There’s also no XLR out. In addition, if the USB port also allowed you to use the Iridium as an audio interface for computers and smartphones, then it really would be the silver bullet for direct guitar tones that today’s players have been waiting for. An expanded version in a slightly larger form factor that throws USB audio and a few more amps and effects into the equation, perhaps? We can only hope. In the meantime, this’ll do nicely.

How to change the pickups in your Stratocaster