For Lightning Wave founder Lee Nicolson, it all began with Metallica’s Black Album

The New Zealander boutique effects maker has earned a reputation for creating innovative modulation-based analogue effects with digital brains that blend sonic experimentalism with ease of use. We spoke to him about the growth of his brand… 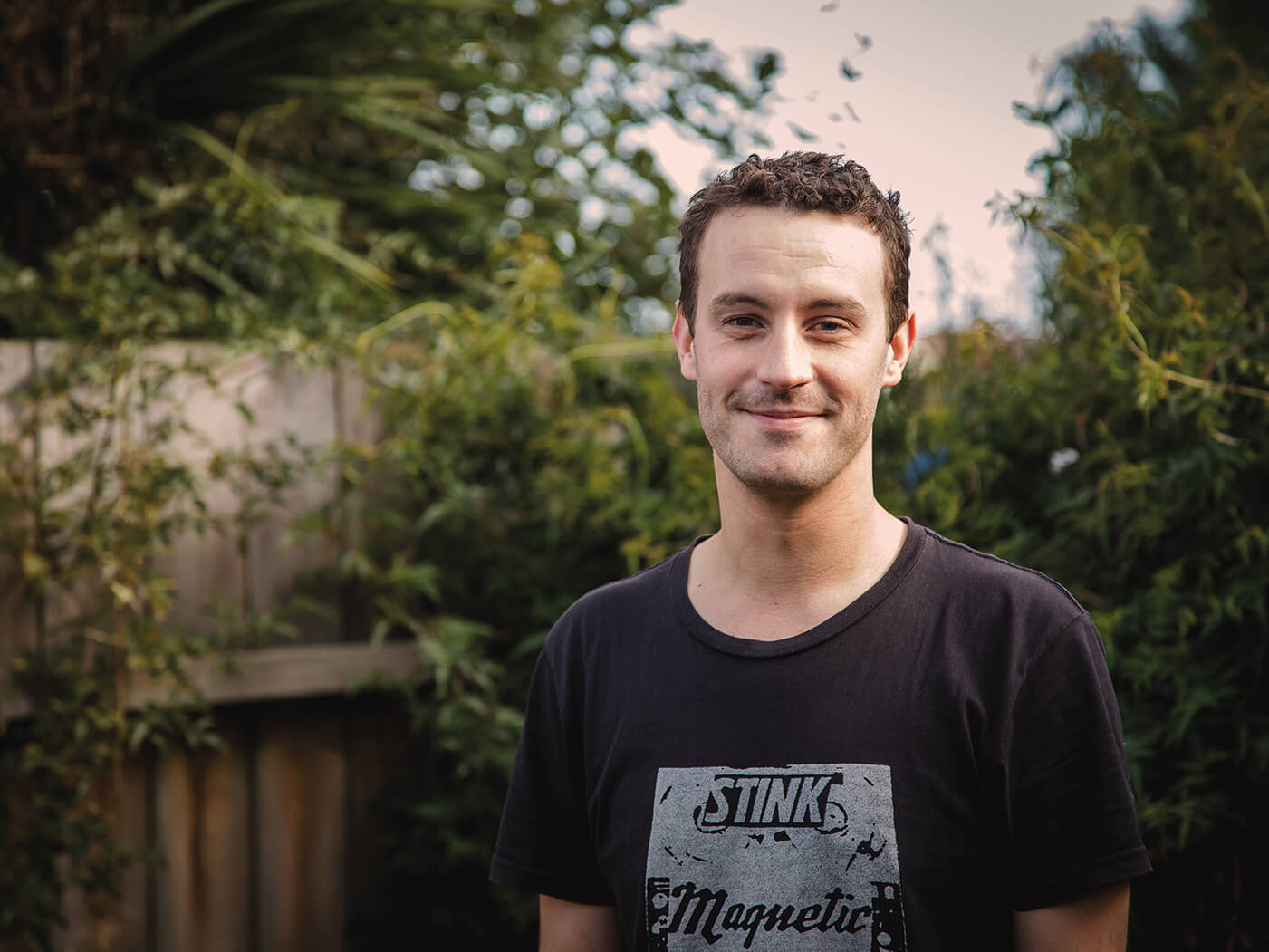 “Around eight or nine, my cousin gave me Metallica’s ‘Black Album’ on cassette and the riffs blew my mind. I took a few lessons with an acoustic, but was a bit of a wuss and couldn’t get past the sore fingertips!

“I found a Diplomat bass under a bed at my grandparents’ when I was 15 and although the neck had banana’d and was barely playable, I got a kick out of hearing it clip through my parents’ stereo. This led to a friend loaning me her spare Strat copy and she egged me on enough to buy my own electric guitar and a Blazer amp. With some decent overdrive and reverb it was all downhill!”

When did you first start tinkering with effects? 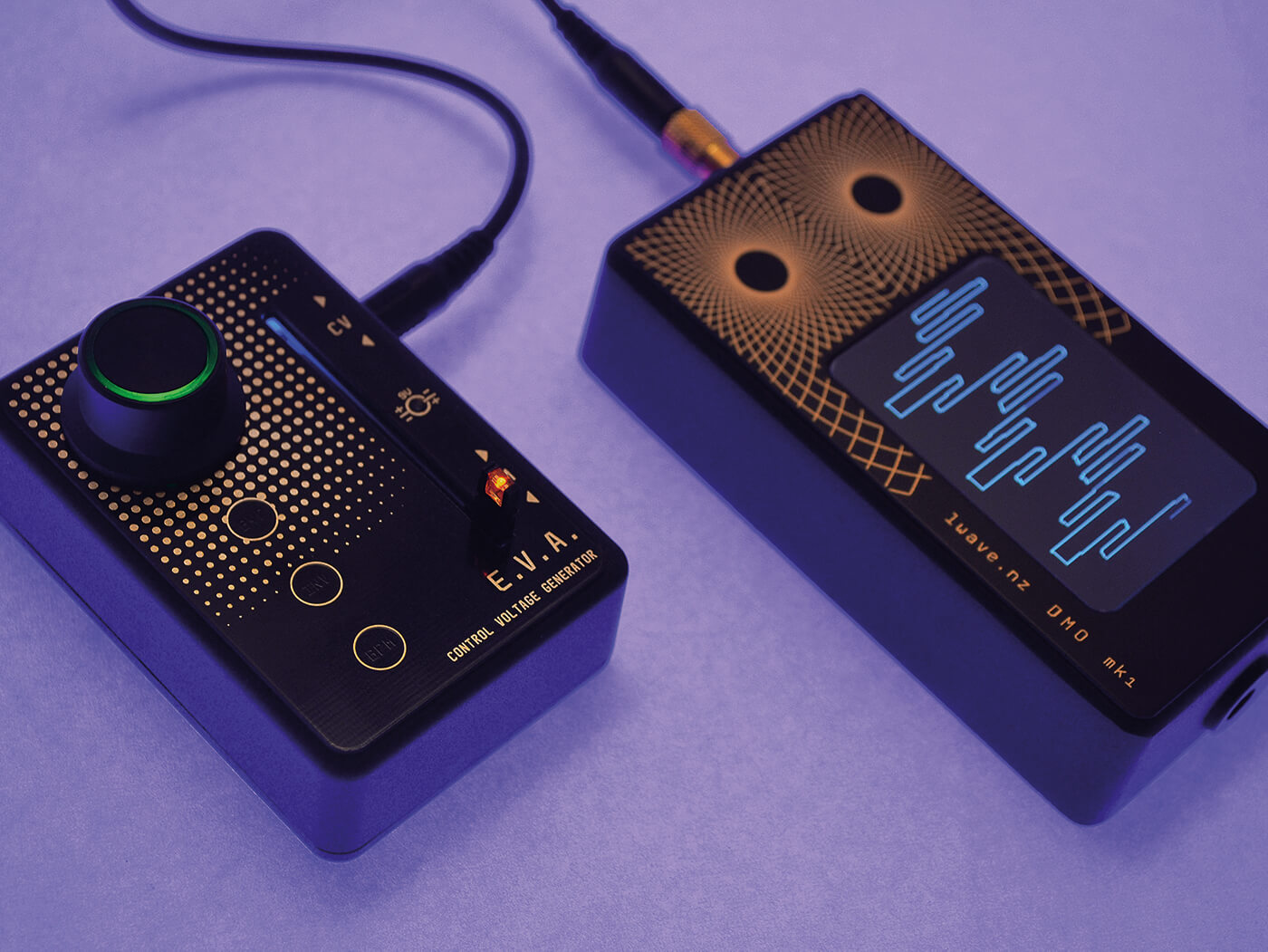 “I think I had a basic understanding of things with batteries and wires from an early age through pulling apart whatever I could get my hands on. When I started collecting gear and it played up, the next logical step was to pull it to pieces and figure out if I could fix it without having to pay someone.

“It probably wasn’t until after finishing a music degree, around 2010 that I met a friend Gordon through the drummer in my first band Thundercub, who gave me a window into the world of breadboarding, schematics and PCB etching.” 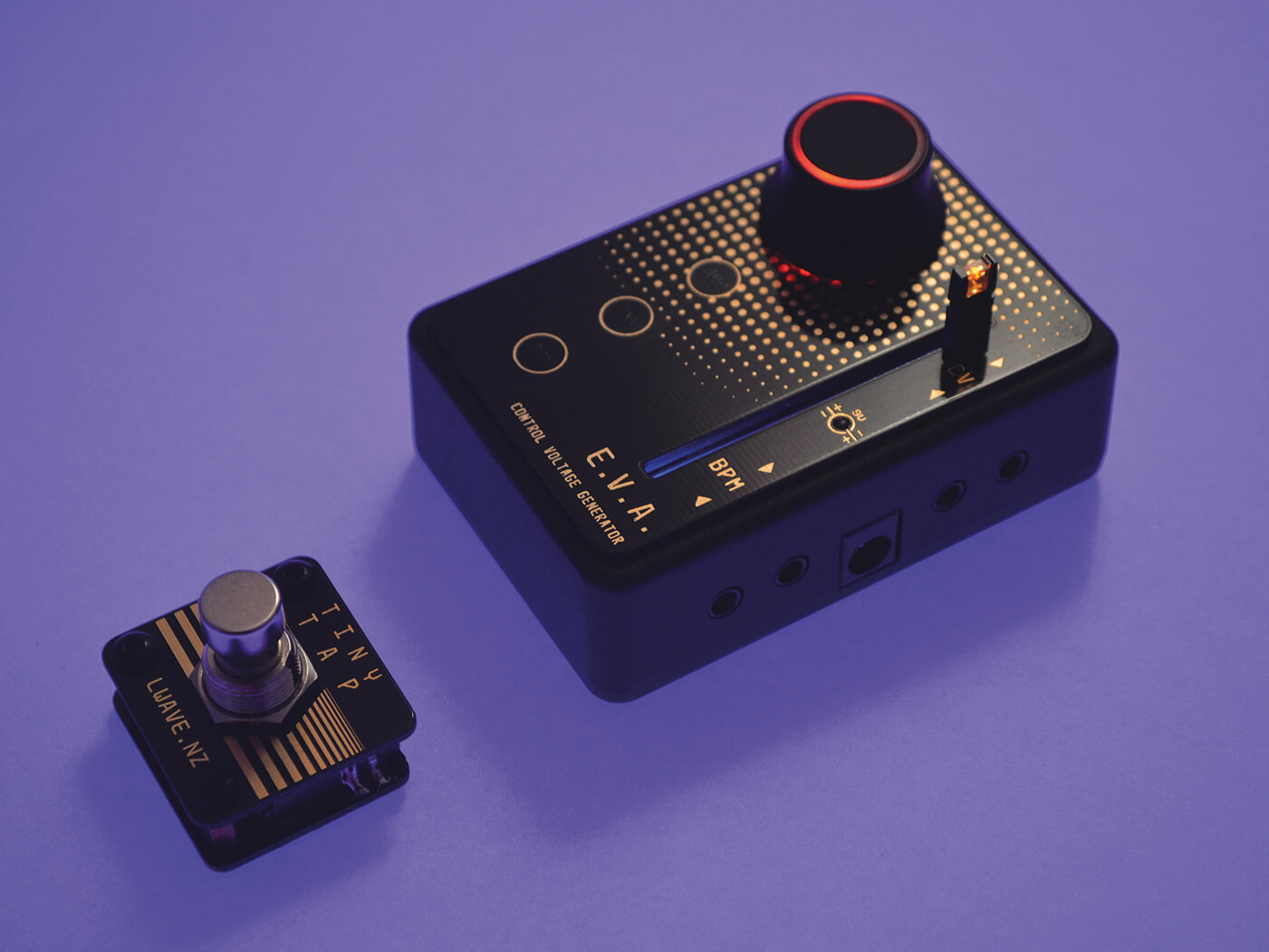 “Gordon really sparked the idea. We were inspired by NZ builders like Ben from Red Witch and Paul Crowther, who were really our only point of reference for what success looked like in the NZ pedal scene.”

Starting out as a small business is always tough. Did you have any investors/government schemes/grants etc to help you establish yourself?

“There was a benefit scheme for artists and creatives in NZ to give them a start, but not really much in the way of mentoring to help with planning. I just wound up with a colour printer and a drill press. Dunedin is a cheap place to live, so I got by with some bar work and eventually a solder-monkey job.

“I’ve gotten a lot of support from my pedal buddy Jonny Arthur who designs 80tape effects. They are on another level. He wrote all the firmware for the Lightning Wave pedals and has been putting up with the feature-creep ever since. My little sister, Becky has also been an endless source of positivity and motivation. She’s invested a lot of time into helping me plan, badgers me when I procrastinate and can solder like a boss whenever I’m swamped.” 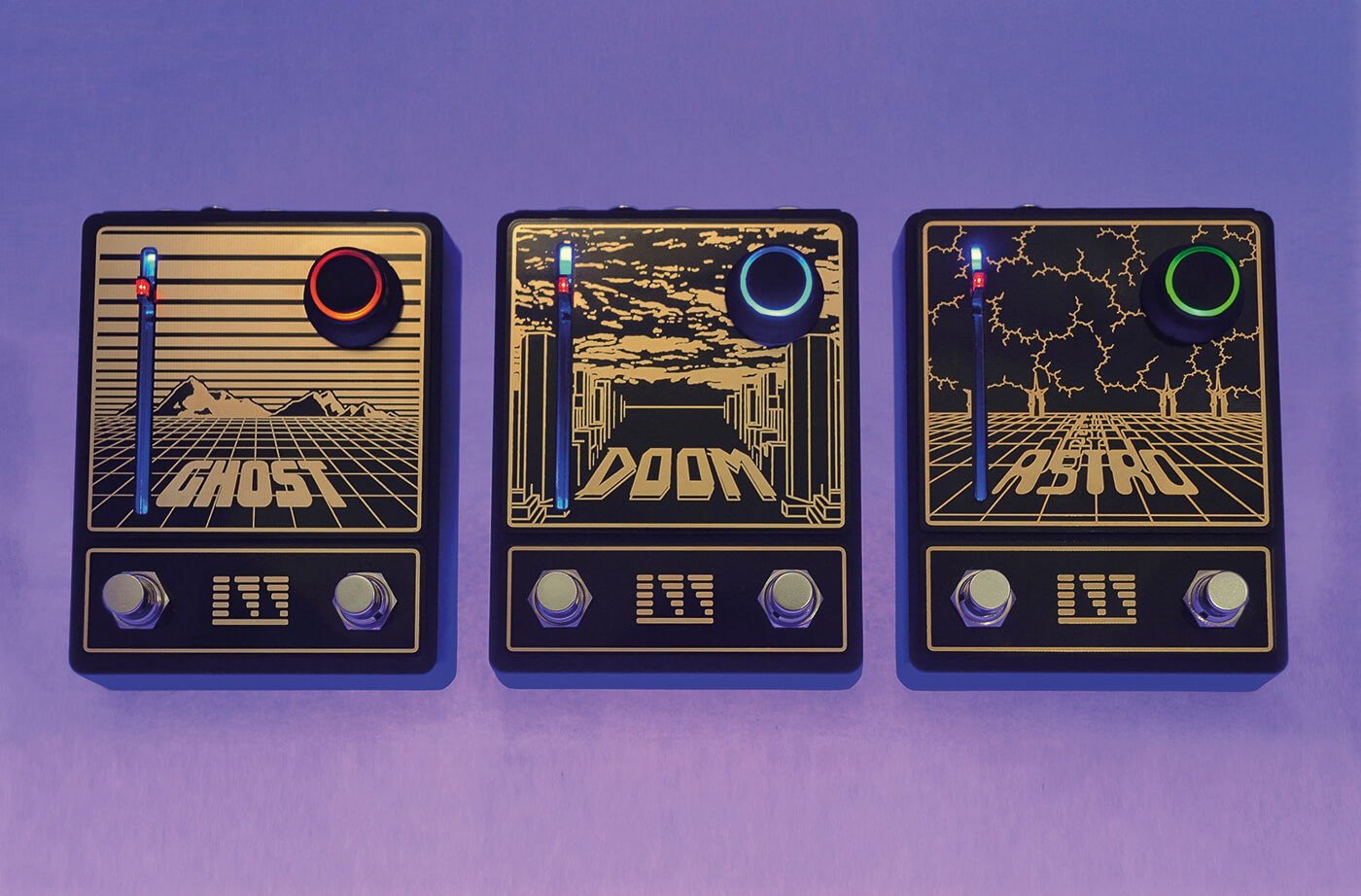 “The Lightning Wave branding came together last minute for Winter NAMM ’16 with the help of an artist friend Josh Hunter, who worked on the graphics for the first guitar effects. They started as band-themed but ended up with a dystopian 80s sci-fi vibe. We couldn’t find any screen printers for pedal cases in NZ at the time, so I took a chance in making the gold and black faceplates. The artistic side of the design is a real challenge for me to articulate, so I’m never really certain of it. I had a go at laying out the EVA graphics later on with some slow progress, but have been catching up with Josh again recently to come up with some ideas for future products.” 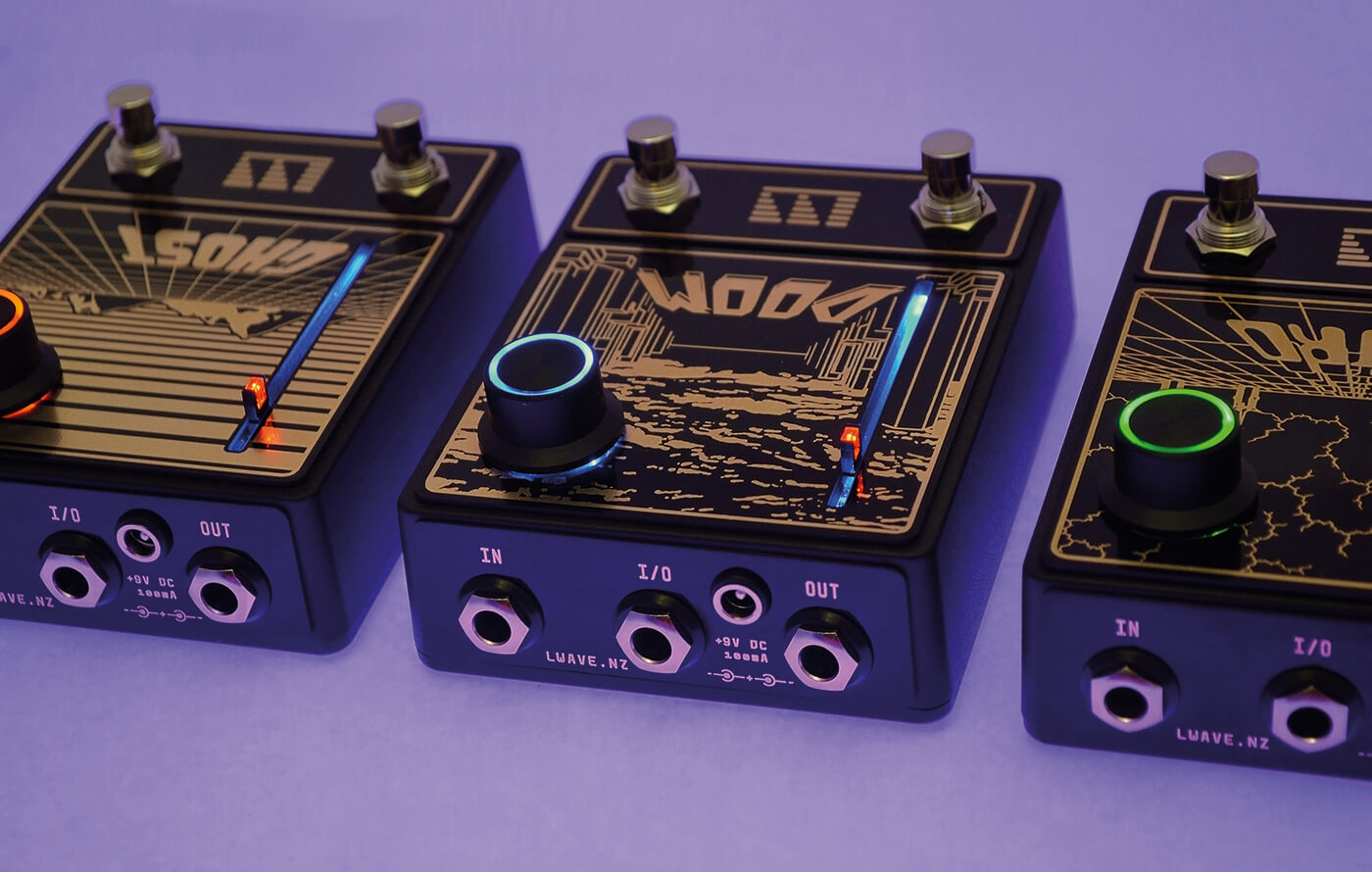 “The Ghost was based on a combination of different modules that were developed to remotely control analogue circuitry using a graphical interface. I met Jonny through a local pedal forum in 2013. He offered to try to tackle the problem by introducing a microcontroller into the mix and it really snowballed from there.”

“Earlier this year, I finished a sub-20mm diameter amp knob that’s self-illuminated, can recall a preset and lasts a really long time with a generic battery size. The main idea behind it was for sharing amps at gigs and getting back to previous settings without needing to scramble in the dark right before a set.

“It started before I knew how to etch a PCB and took countless versions to get it right, making it my longest-running project. I’ve got no idea what to do with it now… but seeing the pile of prototypes and ideas that came out of them has been a great exercise in teaching myself how to problem solve!”

“I’m blown away by the growing number of independent companies with great ideas, but perhaps there is a bit of frustration going around. The internet mainly highlights successes rather than the late nights and hard work trying to create momentum. It would be cool if people could explore opportunities for larger collaborations which could lead to things like better platforms for getting noticed, and easier ways to share skillsets to build off each other’s strengths.” 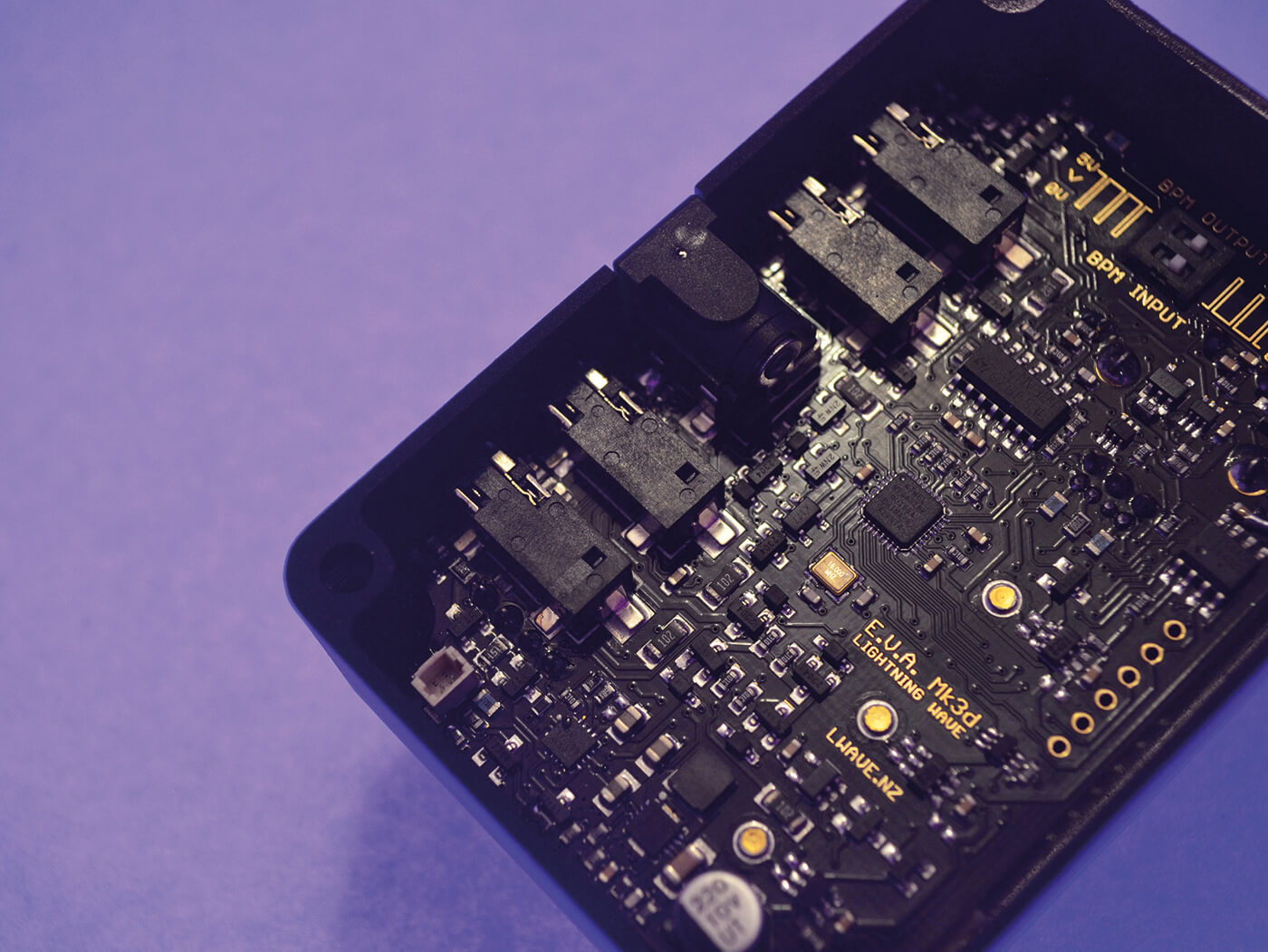 “I’m currently about to release a small batch of the EVA mk3d, which is a miniaturised form of the Lightning Wave CV and sync functionality with a rechargeable battery. They’re in their final testing stages now. And I’m just about to move from Dunedin to Wellington, which is an exciting development. I might need some time to set up a workspace somewhere, but will have no shortage of projects to dig into!”