Novatines on adjusting to life on the road: “We quickly realised that it can’t always be lager and mad ones!”

The Bath-based five-piece tell all, from £15 catalogue guitars to playing in front of capacity crowds at academies and arenas.

Having only formed in 2017, Novatines have quickly established themselves as one of the best new bands in the fledgling South West UK rock scene. Following numerous line-up changes under different monikers, the band found rapid success following their formation as Novatines, quickly finding themselves racing through the UK festival scene accompanied by support slots with Arcane Roots and Alabama 3.

Their escapades with renowned artists didn’t stop there, with a recording session at Peter Gabriel’s esteemed Real World Studios – with Sweet’s Andy Scott at the helm – quickly following. That resulted in Hate Love, the first of four singles, to be played on Planet Rock radio, before getting further coverage across BBC Radio 2 and Radio 6 Music. Firmly placing themselves in the camp of British rock revivalists, and with lofty ambitions following their European tour with the aforementioned Sweet, they still remain grounded and dedicated to their craft, when they’re not dedicating their time to the music of Kenny Rogers. Here, guitar player Tom Cory tells us how it all began.

What first drew you to playing guitar and what’s your earliest memory of the instrument?

“I grew up on a hefty dose of bands such as Pink Floyd, Led Zeppelin and The Who – I basically inherited my Dad’s musical taste. When I was eight I remember deciding that I wanted to be like all these guitar legends so I acquired one of those £15 Argos classical guitars, the first song I learned was Wish You Were Here. After a few months it was pretty clear that guitar was not just going to be a phase!

“My first electric guitar was a red Strat copy (obviously I was going for that David Gilmour circa 1994 ‘Pulse’ look). From that point I never put it down, I’d sit in the house playing along to full length Pink Floyd, Led Zeppelin and The Who concerts, it’s kind of how I found my own sound/style I guess. I like to think you can hear influences from Gilmour, Page and Townshend in my playing.” 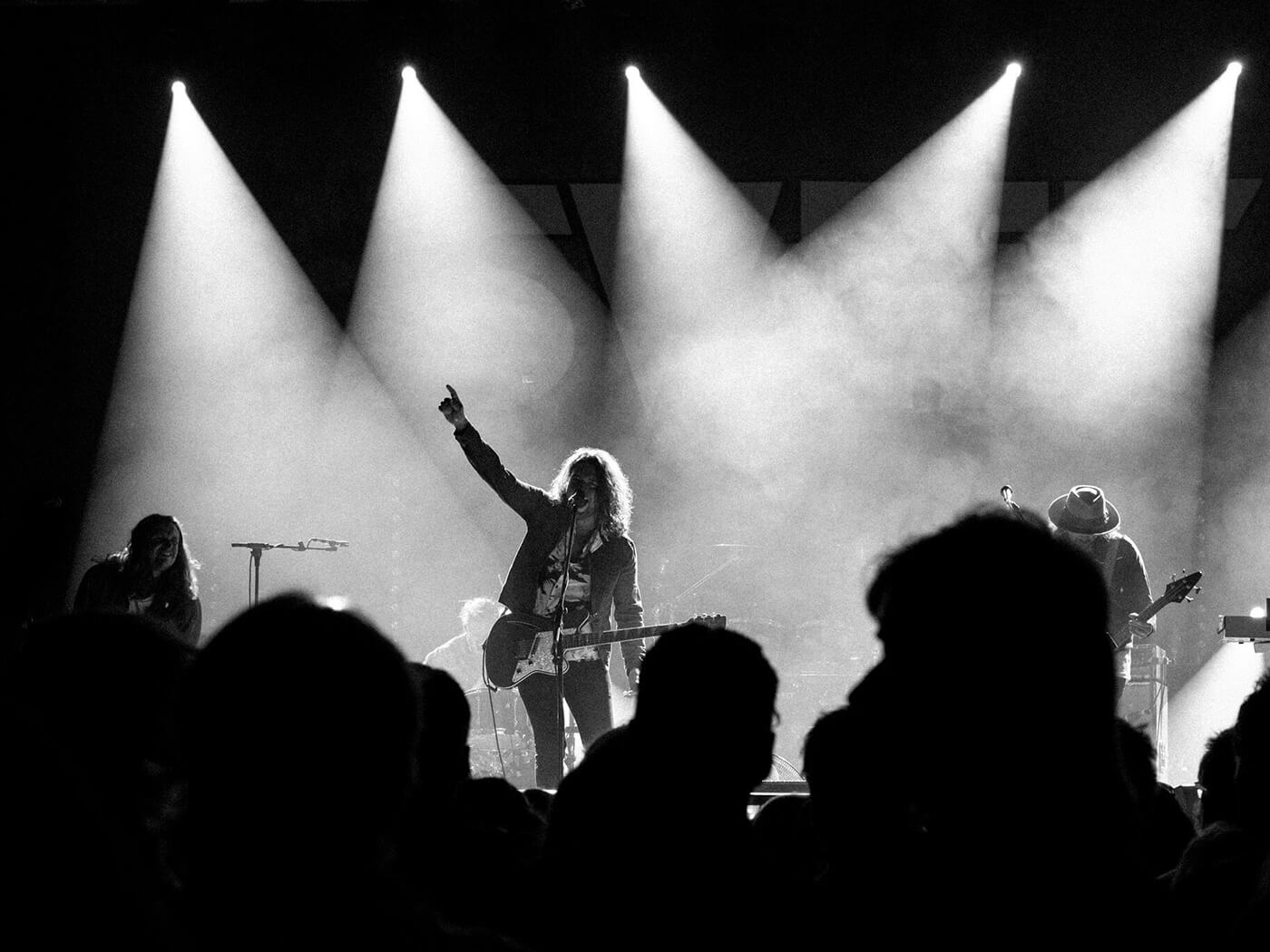 How did the band come together?

“We’ve all known each other for a while, growing up in the same music scene and playing with each other in various different musical embodiments. Eventually we all banged our heads together and Novatines was the result. That and no one else in their right mind wanted to spend an obscene amount of hours in a van with us, driving up and down the country and detouring our way through every middle-of-nowhere destination on the map.”

Tell us about your main influences as a band…

“Mostly the life and times of our lord and saviour Kenny Rogers. But if we are leaving religion out of it, we’d have to say Led Zeppelin, The Beatles, Nirvana, Foo Fighters and Pearl Jam.”

There’s an anthemic element to your songs that bands usually only achieve after years on the road. How did you develop this sound so early?

“It’s just our sound I guess, no secret formula or life changing ‘eureka’ moment, but just the way we do it. If it ain’t catchy how are we supposed to remember it? As a band we have a pretty solid ‘shit filter’ so if a song doesn’t make the mark then we’re all happy to say ‘Nah’.” 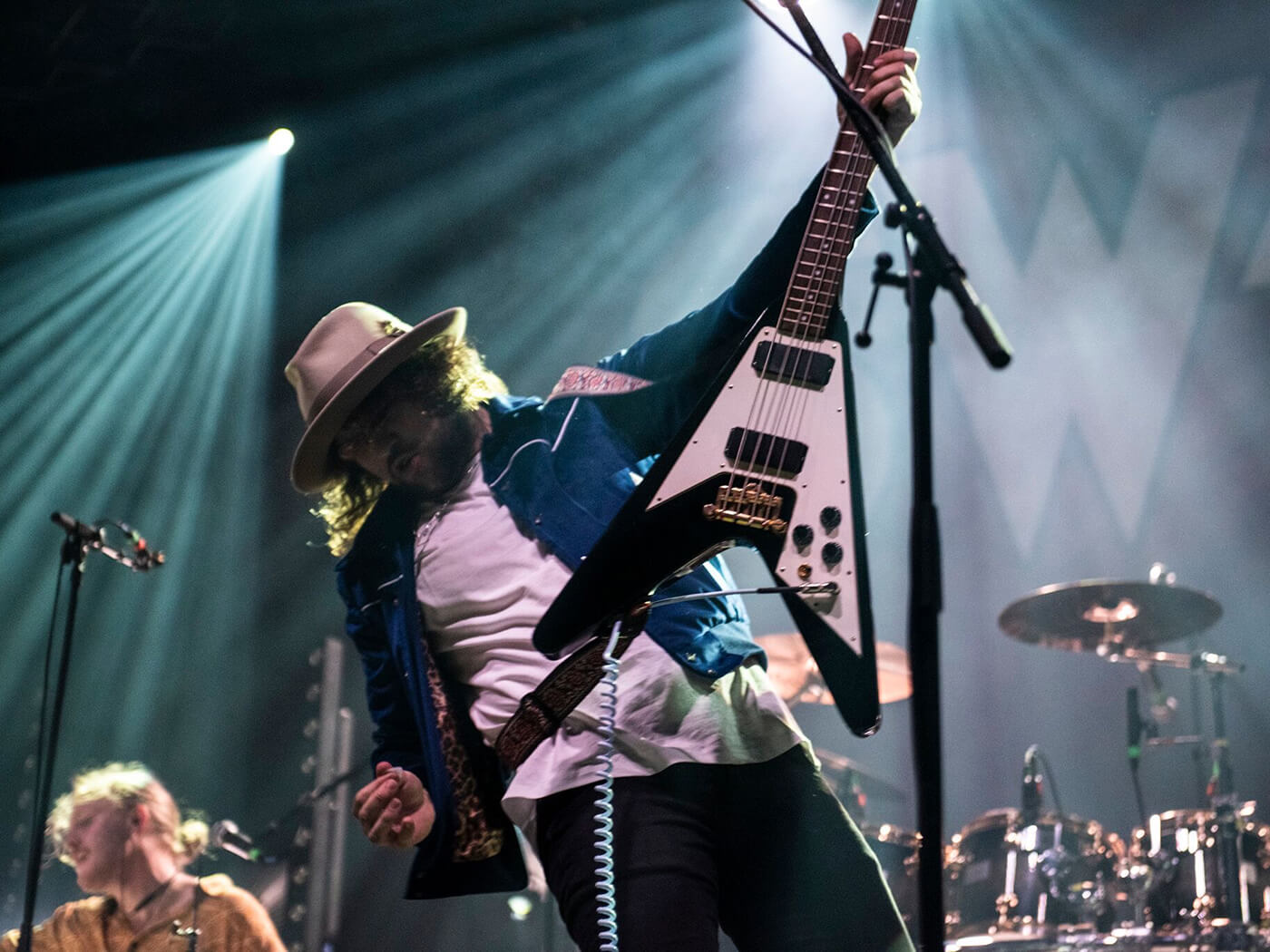 Your recent single, Come Alive, has received strong acclaim from the likes of Classic Rock and BBC Radio 2. Which of your recent singles do you believe embodies Novatines most?

“Come Alive is definitely one of the tracks that really cemented our sound early on and set a benchmark for us. Medicine is also one of those songs that as soon as we finished we knew that there was something else there – that track is actually the one that got the ball rolling with Andy Scott. To be honest, we’ve all got a bunch of different sides to us as humans, so we like to reflect that in the music.”

You’ve recently toured with some big established acts, what impact has that had on you as a collective?

“There is a big difference between playing to 60 people and to 6,000 people in a room. Going from playing small clubs to touring internationally with bands like Sweet has really forced us to step up our game. Maintaining the same energy for 17 nights on the bounce really makes you re-think how you approach the show. We quickly realised that it can’t always be lager and mad ones, sometimes it’s more green tea, vocal warmups and early nights. I guess what this makes us realise is that all these bands have longevity, which is ultimately what we want.”

What are your guitars and amps of choice?…

“On our studio recordings you’re hearing mainly two of my favourite guitars. Firstly, my 1990s USA Telecaster, it’s still got the stock pickups, but I love the sound of it, it’s a nice balance of that Tele twang but still big and weighty. Secondly, and particularly for the more driven sounds, my 80s Korean Epiphone Sheraton.

“All of this goes into a Marshall JCM2000 head, and either a 1960A 4×12, or a Marshall 2×12 cab. I also ran through a little 30W Sound City combo into a Wem bass cab. Pedal wise I use an array of stacked drives, a little bit of compression and some rotary and delay action too, voila!

“I’ve recently dug out my trusty all black Gibson Les Paul Studio for this current tour, it’s got one of those chambered bodies so it’s super light and easy to throw about. Although this does also mean it is getting naturally road worn very quickly…” 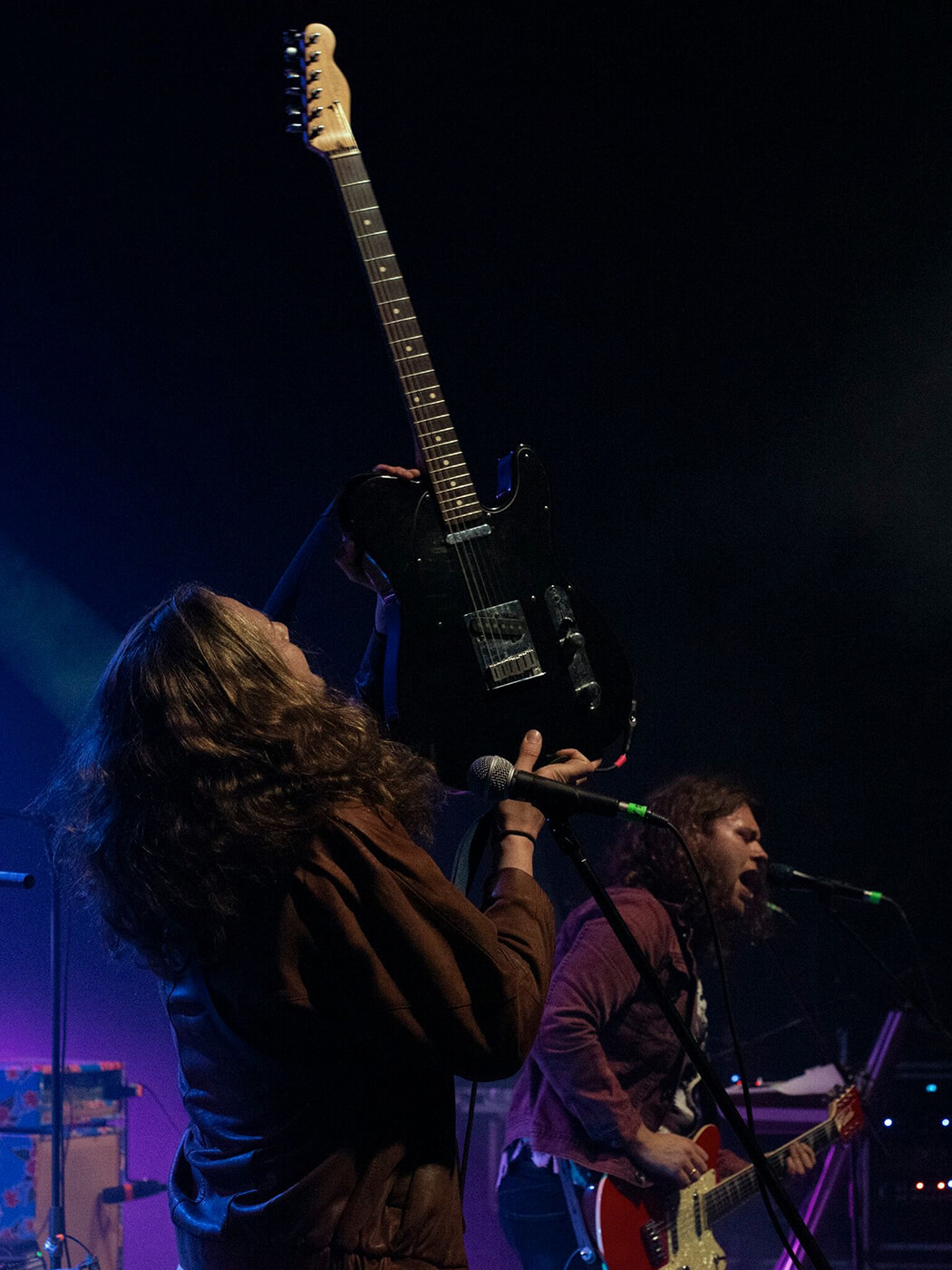 Finally, with an extensive UK tour under your belt and major radio support, what’s next for Novatines?

“You’ll be seeing us pop up all over the place over the next few months. We’re back on the road in February to coincide with the release of our debut EP Wasted Youth – Come along, everyone’s invited!”

Novatines debut EP, Wasted Youth, is due for release in February 2020.