Swim School on their debut EP, their love of Strymon pedals and opening up about mental health

The Edinburgh band have developed from buoyant indie-pop to atmospheric, emotionally saturated art on their new EP Making Sense Of It All.

Over the past year we’ve had more time to ourselves to both reflect upon the past and what lies ahead in the future than we could imagine. Indeed, Swim School ruminate upon this on their new EP, whilst also navigating a thick haze of contemplation that relates to mental health, toxicity and personal turmoil.

The band are equally adept at creating shape-shifting, palatable ambience as they are at cutting through the malaise with weighty guitar noise to an incredibly jolting effect. With that in mind, we spoke to guitarists Alice Johnson and Lewis Bunting about their continuous creative process, swapping a solitary chorus pedal for a trio of distortions and plenty more besides.

Your songs confront the difficulties of opening up on mental health issues. How important is it to normalise this?

Alice: “I think is really important. It wasn’t until recently that you started seeing TV adverts about mental health. In school you were never educated on it and to think now, how much of a big thing it is, it’s kind of mental that we were never talked to about it. Music was the thing that kind of opened my eyes to what mental health was. I related to a lot of lyrics through bands I discovered. The thought towards the EP is that if music could help me then I hope that this music can help somebody else.”

How would you describe your creative process?

Lewis: “We start with music first, but we’ll wind up by playing a cool chord or something and just jam it, then we’ll see where it goes with that. One thing I’d like to try is to write a song solely from looping stuff. Then we’ll record it and upload it to Soundcloud, go back a couple of weeks later with fresh minds. If it’s got legs then we’ll take it into the studio.” 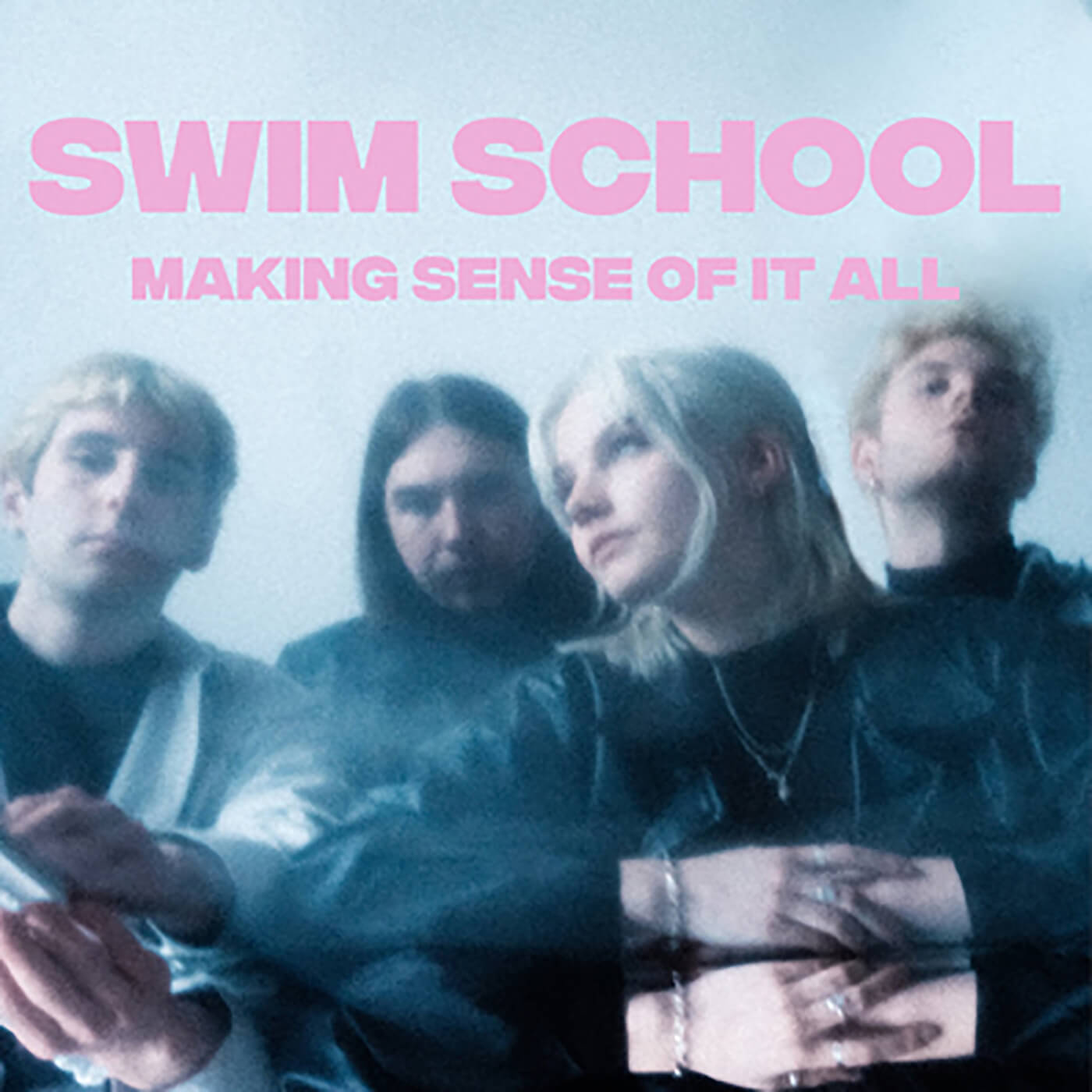 What inspired you to start playing guitar?

Alice: “It was Ellie [Rowsell] from Wolf Alice. They were the first ever band I had been recommended that had a female lead singer and guitarist.”

Lewis: “When I was younger I was the biggest Metallica fan! James Hetfield and Kirk Hammet, I wanted to be them.”

What are your go-to guitars?

Lewis: “I play two Fender Jazzmasters. One is very traditional, it’s got vintage-spec black bobbin pickups and that early 60s sound to it. It was a Squier, but I’ve made it a Fender. The other is an American Pro in Sonic Gray with a maple neck – the same one Sam Fender plays. I’ve also put two wide ranger humbuckers in it.”

Alice: “I play an Arctic White Strat, which was the first guitar I ever bought myself. I’ve got a blue Mustang as well which used to belong to Billy’s [McMahon, drummer] old guitarist. The Strat holds a lot of memories for me, personally.”

Are there any pedals that you believe have defined your sound?

Lewis: “For me, the two big ones are the Strymon Timeline and the BigSky. I couldn’t play a show without either of them now. I love how, on the Timeline, you can distort the repeats of the delay. I have a Hudson Broadcast as well; I was using it as a preamp for most of the year but I recently changed it to my fuzz/distortion sound because it does that so well.”

Alice: “The chorus was probably the main pedal I used on my board but now I hardly use it! I swapped that out for three distortion pedals, because as a band we are getting heavier. Deep down we always knew we wanted to be heavier than when we first released Sway, which is kind of an indie pop song. Now we’re unleashing that heavier sound.”

What guitar riffs stand out most to you on your new EP, Making Sense Of It All?

Alice: “See Red. It’s not really complex, but it’s so fun to play. That’s gonna be so much fun to play live because it’s fast and it’s loud. It had, like, three levels of distortion on it!”

Swim School’s debut EP, Making Sense Of It All, is out now.