Will we ever solve the mystery of these lost parts of rock ‘n’ roll history? Maybe we can help you find them.

By Justin Beckner
30th November 2021
Share
Email
Facebook
Twitter
Telegram
WhatsApp
The maxim that guitars are “just tools” is one that’s often trotted out by pros and amateurs alike, but let’s be real here – some pieces of gear are more important than others. Some hold historical significance, helping to shape the sound of a generation, others have personal or sentimental significance.

In any case, in the course of guitar history, sometimes these irreplaceable and important items are stolen, damaged, or simply become buried beneath the sands of time, becoming diamonds in the rough. Perhaps these pieces of gear are sitting in a pawn shop or in a closet somewhere, waiting to be rediscovered. Perhaps you’ll be the one to discover it, if you know what you’re looking for. 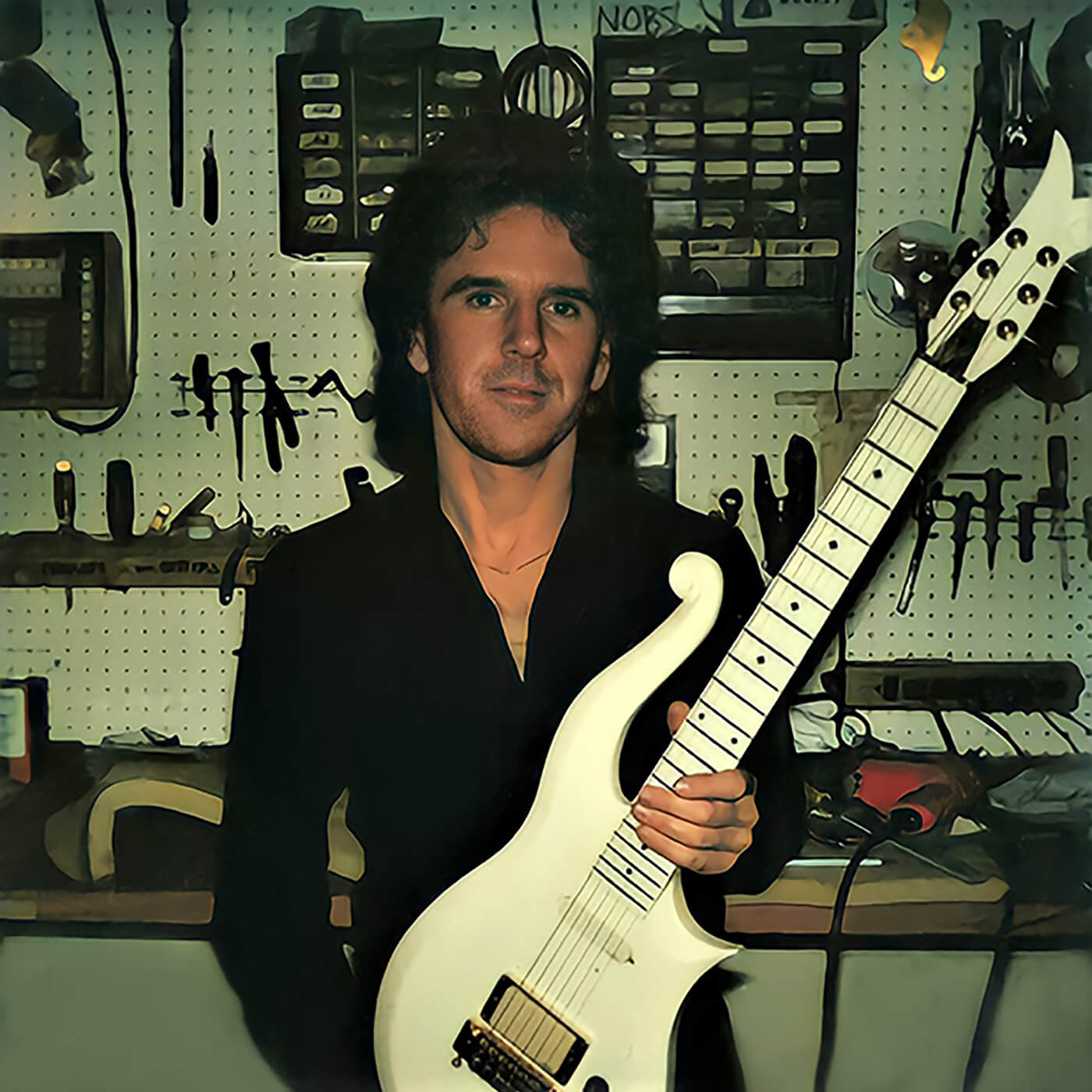 Dave Rusan is the man responsible for building the iconic Cloud Guitar that Prince used in the film Purple Rain. Prince liked it so much that he had Rusan make him two more to use on his Purple Rain Tour. Those three guitars stuck with Prince through the years. Prince had an affinity for throwing his guitars to his techs and they weren’t always caught, so they would be repaired a lot over the years and repainted several times. To add more confusion, Prince had other builders build replicas of the Cloud design over the years as well.

Of the three original guitars that Rusan built for Prince, one is in the Smithsonian [now painted yellow], and one sold at an auction in 2020 for $563,500 [now painted blue]. But there was one other original Rusan build that has yet to be located. There is no telling which of the three original Rusan builds was the guitar used in the film and recording of Purple Rain. It may very well be the missing Cloud. We recently spoke with Dave Rusan who gave a helpful hint to anyone trying to locate or authenticate that guitar. Prince had requested that one of the necks be narrowed to accommodate his smaller hands. Because the guitar sold at auction and the Smithsonian guitar both have standard width fretboards, it means that the missing Cloud guitar has a significantly narrower neck than other builds.

Where is the “Beano Burst”?

The “Beano Burst” was a 1960 Les Paul Standard owned by Eric Clapton and used to record, Blues Breakers with Eric Clapton, commonly referred to as ‘Beano’ because the guitarist could be seen reading a copy of the storied British comic mag on the cover. The Les Paul that Clapton used on the record set the tone for the British blues sound for years to come. It gained more infamy after it was stolen from an early Cream gig in 1966. The lost guitar was referred to as “The Beano Burst” in Clapton’s attempt to recover the guitar. However, the guitar’s whereabouts remain unknown.

The Beano Burst made headlines again in the past decade when Joe Bonamassa, an avid collector of vintage Les Pauls, claims that he knew the whereabouts of the iconic axe in an interview with Guitarist Magazine in 2016, claiming, “It’s in a collection on the East Coast of America. That’s all I can tell you and that’s all I will say.” Bonamassa also claims the guitar is actually a 1959 Model Les Paul, not a 1960.

Paul McCartney bought his first bass in the spring of 1961, a Hofner 500/1 Violin Bass. He landed on the Hofner because it was cheap, compared to the more iconic Fenders of the era. He was also left-handed and the symmetrical body of the bass looked less odd than a Fender style guitar with the cutaways on the “wrong” side.

The Hofner was featured on all the early Beatles tracks and stayed with McCartney through the wave of Beatlemania. He bought an identical model in 1963 and retired the original to backup duties. The one he purchased in 1963 is still used today. As for the original, it was rebuilt in 1964 and features a unique custom pickup ring that surrounds both pickups. The original bass was used in the studio and as a backup on the road until the 1969 Let It Be sessions when it vanished, never to be seen again. It was presumed stolen out of a closet in the studio. The last photo of the bass, from the Let It Be sessions in 1969 show the bass being used without a pickguard.

The guitar, wherever it is, is perhaps the most valuable instrument on the planet, being McCartney’s first bass and having a recorded legacy unlike any other instrument. His 1963 model bass is currently insured for over $4 million. It’s safe to assume that the original would be worth much more.

In 2016, another biography of Paul McCartney was released, this one was titled, Paul McCartney: The Life by Philip Norman. In the book, Norman claims that he has communicated via email with a person who calls himself “The Keeper” who claims to have the original Hofner bass. “The Keeper” claims he is not the thief and seemed open to the idea of returning the bass to McCartney, although probably not for free… the years that have passed have not resulted in any further action on the matter, not publicly, anyway.

Kenny Fischer is famously the man behind Trainwreck Amps – some of the most highly sought-after boutique amplifiers ever made. Fischer didn’t believe in numbering his builds, but instead gave them all woman’s names. It is, perhaps, a testament to the delicate care he put into each build. Based on Kenny’s log book, where he details each build, he built “around 70” Trainwreck Amps during his lifetime, making them quite rare to start with. Some of his amps have sought figures nearing $60,000 on the secondhand market. But perhaps the most sought-after amp he ever built – his first Trainwreck Amp, has been missing for many years.

It was built for a musician named Caspar McCloud and was named “Ginger” after Caspar’s wife. According to John Mark, who hand-builds the Trainwreck amps today, someone contacted him somewhat recently, claiming to be the current owner of “Ginger” but the emails stopped, and the amp faded back into the ether.

For the recording of Metallica’s debut album, Kill ‘Em All, James Hetfield used a Marshall Master Volume amp that was modified by amp mod guru Jose Arredondo – the same guy who did mods for Eddie Van Halen and Steve Vai back in the 70s and 80s. Kirk Hammett used that amp for all his leads on Kill ‘Em All as well. The amp was stolen, along with a bunch of other gear, including Kirk’s amp and Lars’ drums, on 14 January 1984 at a gig in Boston. The recording of Ride The Lightning began in February of that year. Allegedly, the song Fade To Black was written in the wake of the theft and although it’s not specifically about the loss of an amplifier, Hetfield has stated that the missing amp definitely lent a dark shade to the song, in his own words, “I’m sure I wasn’t really thinking of killing myself, but it was my favorite Marshall amp, man!”

The amp was never recovered. Fortunately, Metallica were able to carry on and make some pretty good music afterwards. The loss of the amp sent Metallica on a career-long tone quest – brands like Mesa, Diezel, Krank, Wizard, and Roland litter the sonic landscape of Metallica’s discography. These days they’re using Fractal Axe-Fx Units for their live sound.