Dave Mustaine will get signature models from Gibson, Epiphone and Kramer 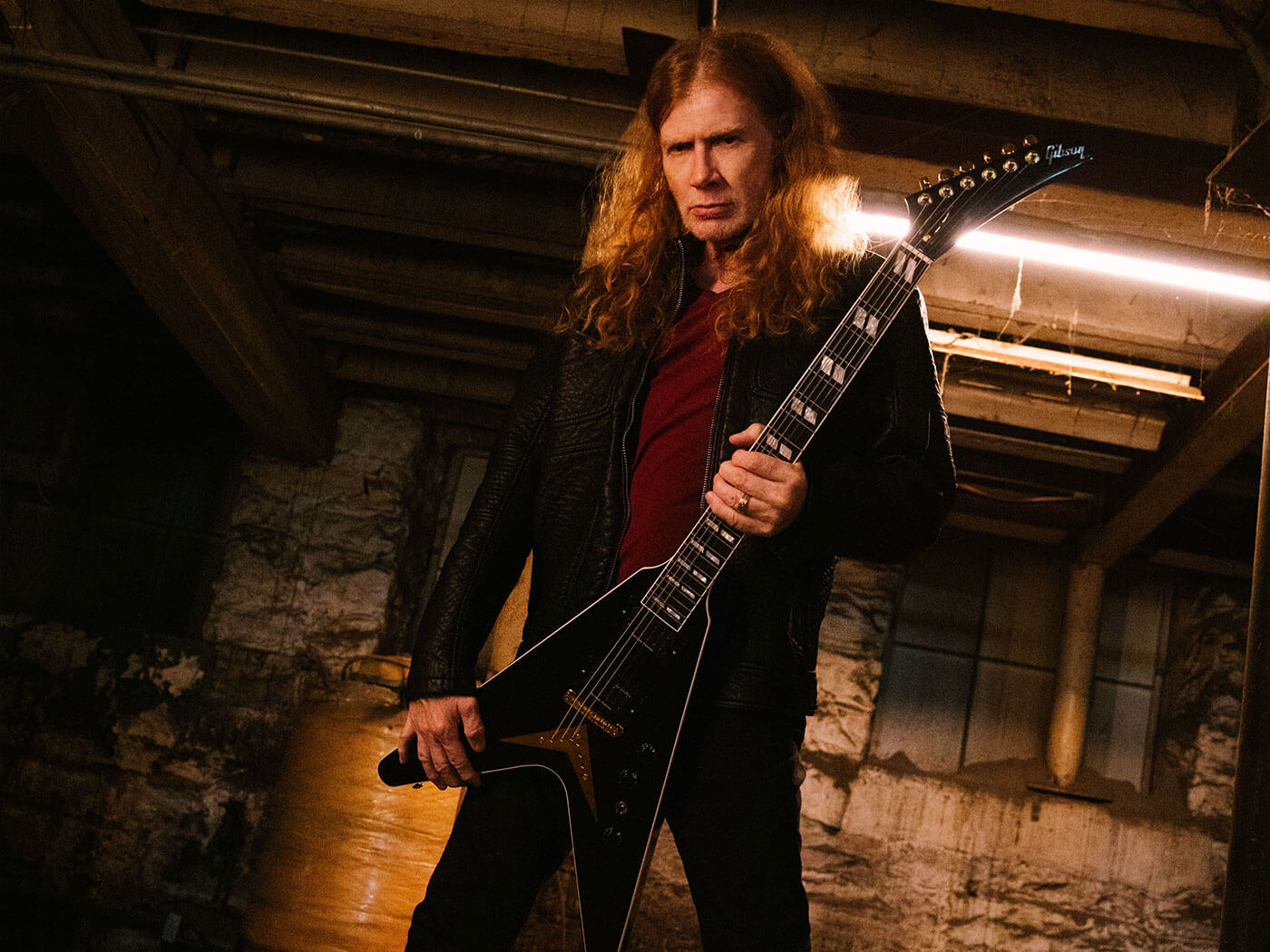 Late last week, Gibson confirmed Dave Mustaine had left Dean and joined the Gibson family of brands as an ambassador. Now, the brand and the Megadeth frontman have revealed details of several new signature models for Mustain from Gibson and sub-brands Epiphone and Kramer.

The models are slated for a “late 2021” release. So far, no specs have been revealed, and we’re yet to see what lies in store for Mustaine’s Epiphone range. Some previews of Mustaine’s Kramer and Gibsons have been released, however.

See the photos below. 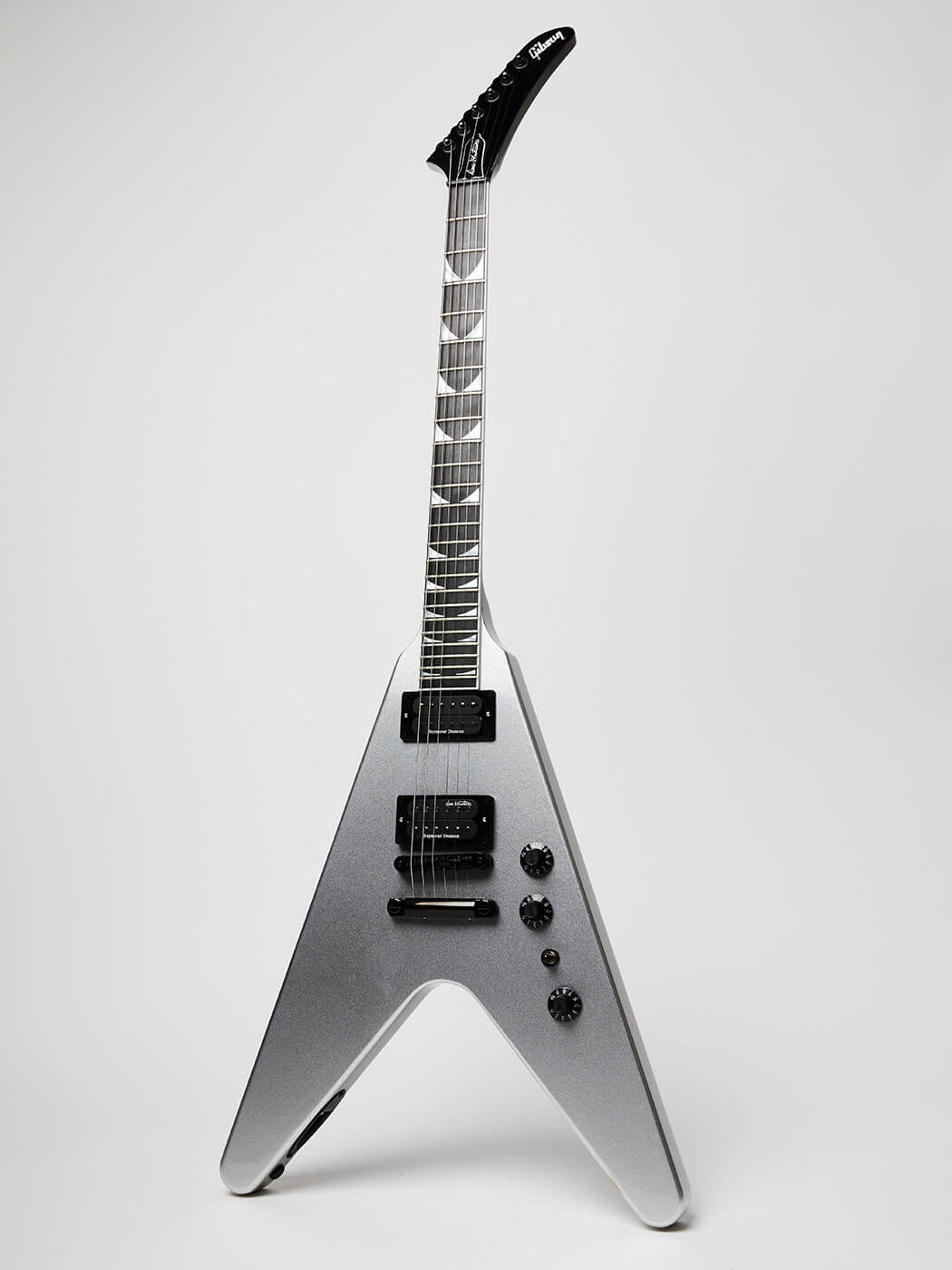 The Dave Mustaine Flying V EXP, shown above finished in Metallic Silver, looks to be a round-horned Flying V with a few twists. Rather than a string-plate, the tailpiece is a standard Tune-O-Matic hardtail. The headstock, as with Mustaine’s V signatures from his previous brands Dean and Jackson, is six-in-line rather than three-a-side – the latter being far more common on Gibson Flying Vs. 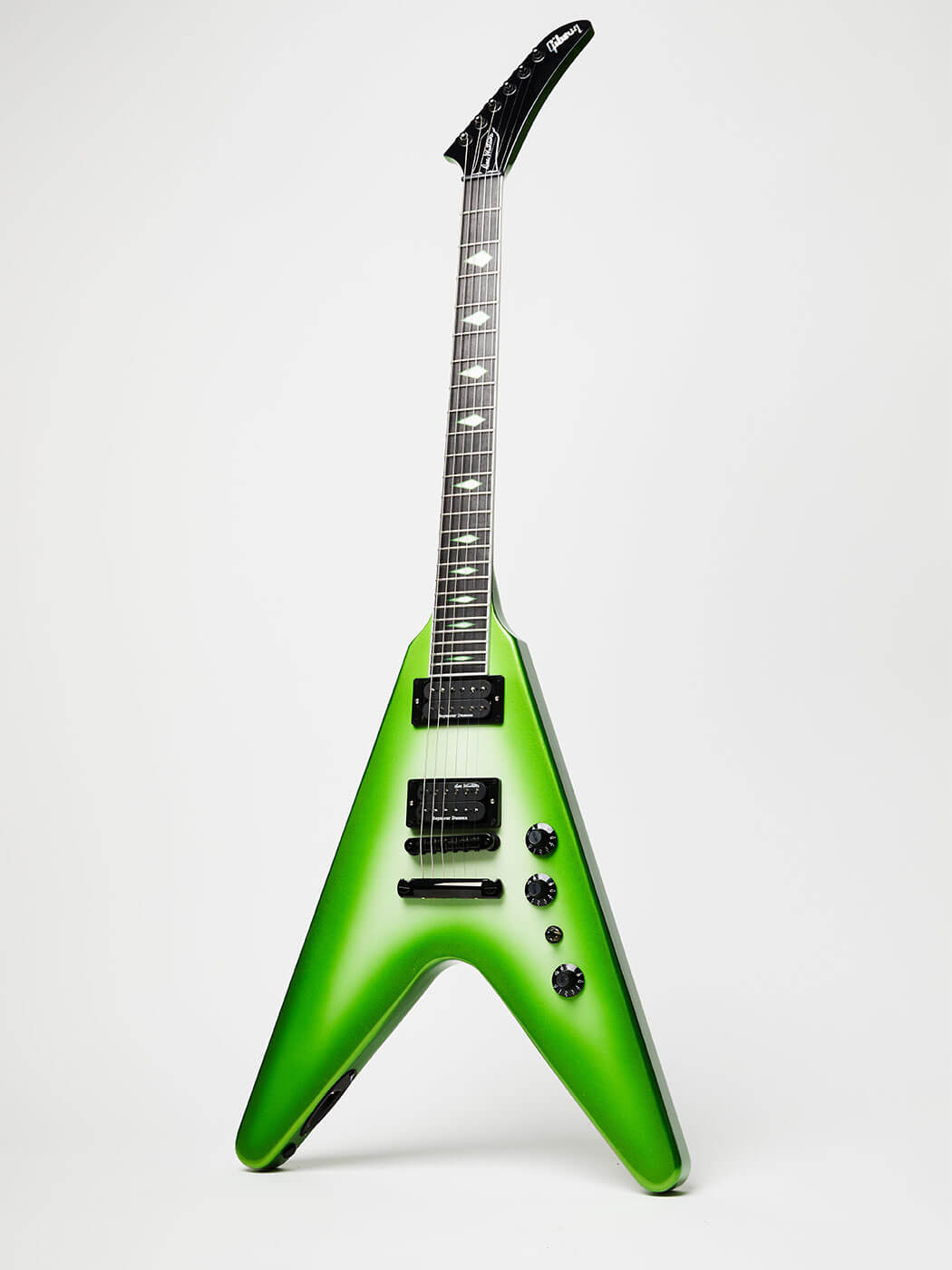 With different fretboard inlays to the EXP version of his Gibson signature, this guitar comes with what looks to be a similar hardware setup and unique control layout. 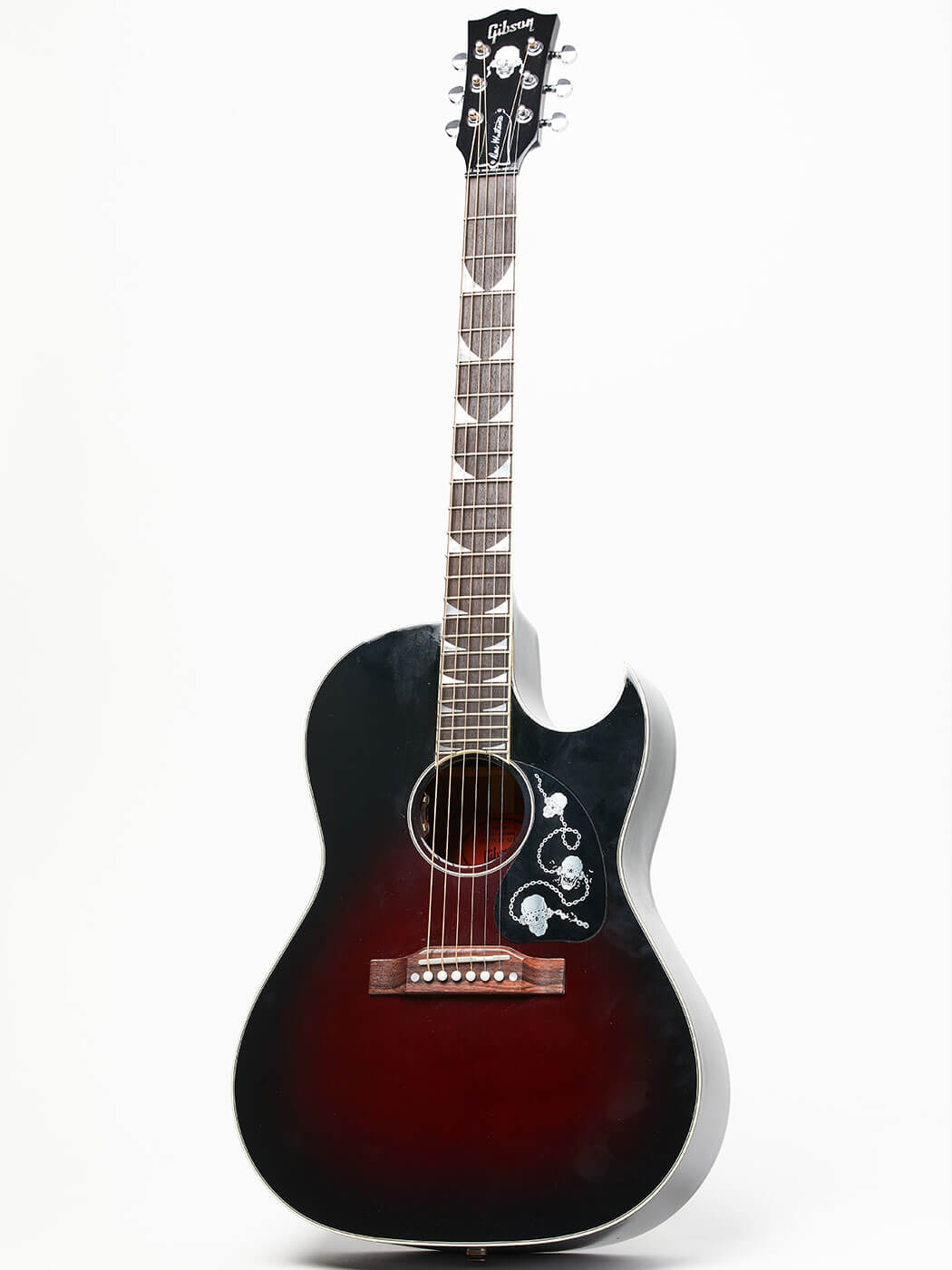 Shown above finished in “blood burst,” and sports not one, not two, not three but four Vic Rattleheads across the guitar, as well as quite the pointy cutaway for an acoustic. 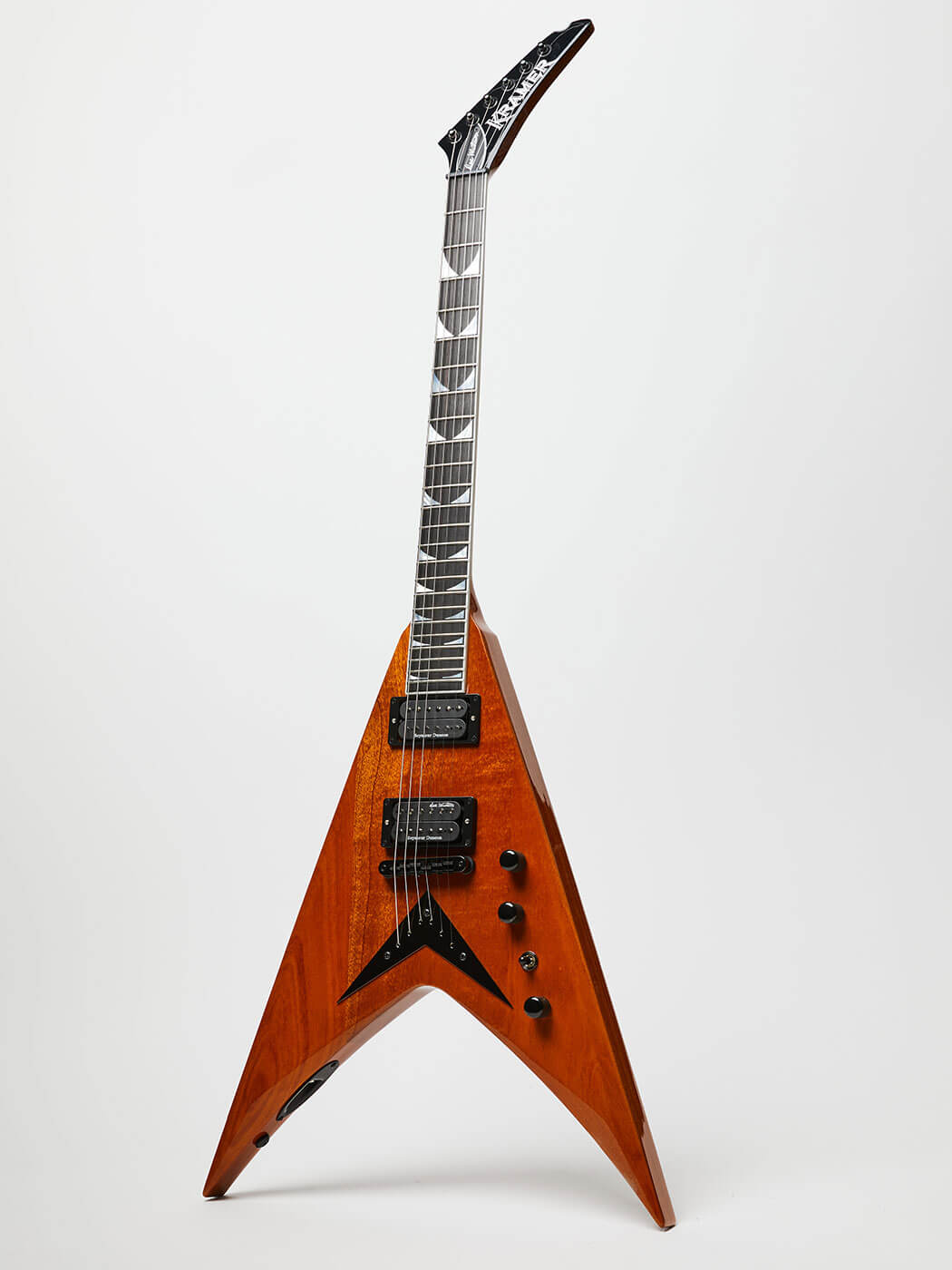 A resoundingly more pointy Flying V, the Kramer version of Dave’s signature electric sports a string-plate instead of a tune-o-matic stoptail, and is seen above finished in natural.

Mustaine said about the partnership: “One of the first albums I ever bought was Kiss Alive. On the back of that LP was the Gibson logo, followed by ‘Kiss uses Gibson Guitars because they want the best’. Period. Years later, I’m still that same fan, but now I’ve been playing, touring, writing, and performing around the world myself, and I can say that I could not agree more with that statement.

“As I was looking for a change in my guitars, I met with Cesar and got his perspective on the vision and direction Gibson is taking. I saw passion, respect for the instruments, a focus on quality and a company that is led by guitar players. I feel I am finally at home with Gibson and I am proud of what we’re building together. I can’t wait for the world to get their hands on the new Gibson, Epiphone, and Kramer Dave Mustaine Collection guitars. This is a dream come true for me, don’t #@!# wake me up.”