The Genius Of… The National – High Violet

The National’s textured melancholia found a bigger audience in 2010 as their fourth album elevated the band to alt-rock’s top table. With an expanded 10th-anniversary reissue about to hit the shelves, we salute the slow-burn majesty of High Violet. 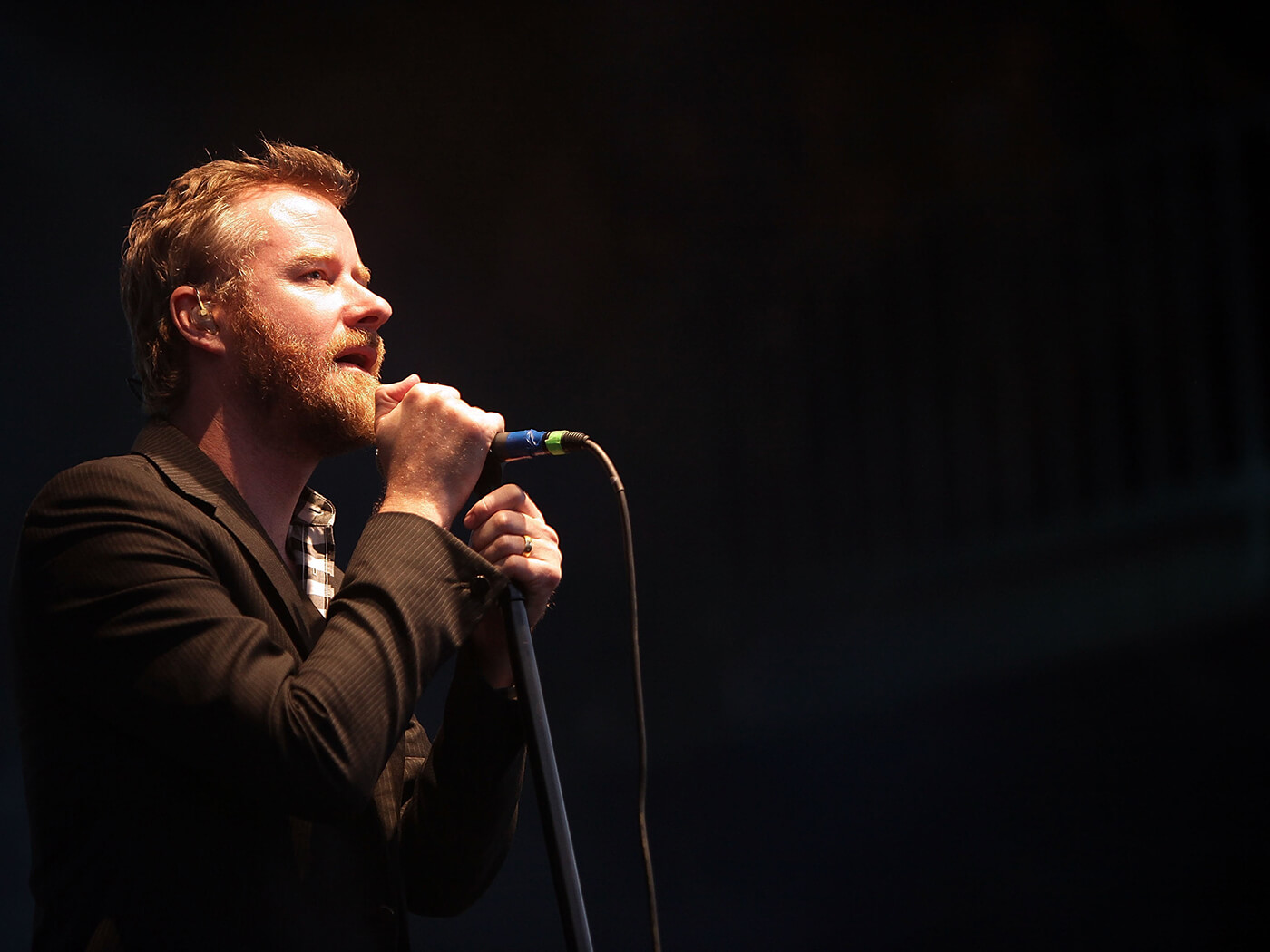 The National know better than most the value of patience. In 2010, the Ohio band were a decade into their career, but their mournful tales of existential fear had yet to trouble the mainstream. With the sage advice of touring mates REM ringing in their ears, on album five indie’s best-kept secret made their pitch to join the big league.

High Violet was the record that saw these five kings of soaring melancholia make the leap to the world’s biggest stages. The intuitive multi-layered playing of the band’s identical twin guitarists Aaron and Bryce Dessner is the key to the album’s moody brilliance, their quiet virtuosity, interweaving patterns and polyrhythms giving the impression of nagging simplicity.

Suitably impressed, the NME noted, The National’s “slow and steady evolution can no longer be ignored. This lot are fully grown-up, coloured in and going overground”. Drowned In Sound neatly summarised the band’s slow-burn appeal, calling the album “A measured, brooding collection that does sound fine on first listen, but so much better on the fifth, and will still be offering fresh snippets of brilliance come the 50th”.

The National had gone overground without compromise. High Violet reached No 5 in the UK charts and No 3 in the US despite being a murky, often claustrophobic record without any hits. The shadowy metaphors of singer Matt Berninger’s lyricism are darkly evocative as he begins the album taking fright at a terrible love and “walking with spiders”. By its conclusion on the hymnal Vanderlyle Crybaby Geeks he’s drolly observing, “All the very best of us string ourselves up for love”.

It had been a long road for the band, who grew up in Ohio before regrouping in New York, where they recorded in Aaron Dessner’s Brooklyn garage. Their self-titled debut, released in 2001, and Sad Songs For Dirty Lovers (2003) slipped under the radar before the ragged garage-rock romanticism of 2005’s Alligator and the regal Boxer (2007) established their cathartic appeal.

As Aaron Dessner told Guitar Magazine in 2017: “Nothing came easily, we didn’t compromise, we never benefited from any kind of hype or media frenzy. It was hard and we put in a lot of work, craftsmanship and obsession.” 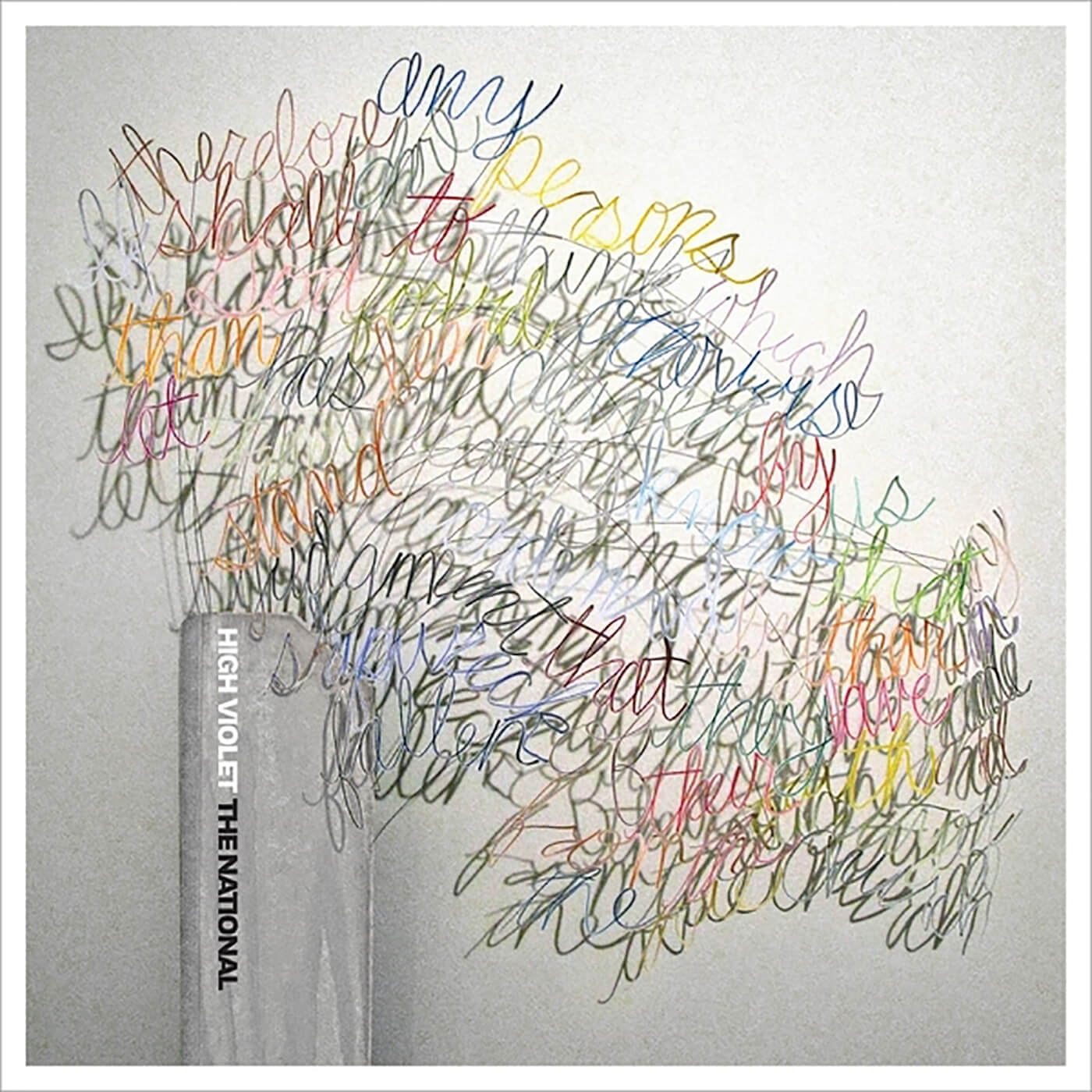 Like Boxer before it, High Violet suffered a troubled gestation. The National are a band formed of two sets of brothers – and Berninger, whose Malbec-soaked baritone reached full doleful maturity on album four. Bryce and Aaron Dessner created around 80 instrumental sketches for the album, which they sent to Berninger, who’d made euphemistic requests for songs that sounded like “loose wool” and “hot tar”.

The singer’s aggressive red pen meant he and Aaron were embroiled in bitter arguments over arrangements of the songs, right up until the mixing of the album with co-producer Peter Katis. Yet it’s that conflict and exhausting perfectionism that makes High Violet such an absorbing whole. Lemonworld, which features the exquisitely strange Berninger line, “Lay me on a table, put flowers in my mouth and we can say that we invented a summer-loving torture party” reached a staggering 80 versions. An entire horn section on lead single Bloodbuzz Ohio was cut at the last minute, much to Bryce and Aaron’s annoyance.

“There’s something about this tug of war that happens when Matt is in his own world and we’re in our world and we come together that does obviously produce this thing that is The National,” Bryce later explained.

Despite, or maybe because of, those tensions, High Violet is a sonically lush record, the telepathy between Aaron and Bryce resounding through its 11 songs, the twins eschewing orthodox divisions between rhythm and lead. “We don’t have to teach each other a song, we can walk into a room when one of us has been working with musicians for two weeks and we’ll know more in an hour than the musicians, just on the basis of our shared intuition,” Bryce told Guitar Magazine.

The album’s ornate simplicity is evident from the opening track, Terrible Love, the biggest, most primal guitar sound on a National song yet. Trying to realise Berninger’s “loose wool” request, Aaron retreated to his studio, tuned his A string down to G, cranked a Penn Penalizer amp and played through a simple G/C chord progression, feeding a Boss TR-2 tremolo pedal into the looper on a Line-6 DL4. It resulted in a serrated, tremulous wash that underpins a caliginous song Berninger says is about “being overwhelmed by this emotion of love”.

From that point on, High Violet is a guitar-centric album, and yet the Dessners’ playing is often textural, adding subtle shade to the intricately orchestrated picture. Bloodbuzz Ohio features a simple EBow lead line, while on the haunting Afraid Of Everyone, illuminated by Sufjan Stevens’ ghostly harmonies, the muted rhythm playing lies low in the mix, complemented by a burrowing riff. As the song moves into its simple Am/C/F/Dm outro, a fog of delay-bathed tremolo picking takes over, Berninger repeating urgently, “Your voice is swallowing my soul” to the death.

The gently picked acoustic guitars of Runaway and Vanderlyle Crybaby Geeks, and slow-building tension of grand anthem to “loving your life in rain” England are further examples of understated brilliance. Sorrow, too, gives the appearance of being austere. It’s an ode to making peace with your own sadness. “Sorrow found me when I was young, sorrow waited, sorrow won,” sighs Berninger, the odd emphasis of Aaron’s insistent strummed rhythm and Bryce’s high-register lead notes typical of the pair’s push and pull dynamics.

“A lot of our good songwriting, there’s harmonised guitar,” Aaron explains.“I might be playing fingerpicking bass [notes], and Bryce will be playing off me, or playing a harmony, but it almost sounds like the same person playing one part.”

High Violet features a fine array of guitars, too. By this point, the Dessners had yet to acquire the pair of 1965 Gibson Firebirds that have become synonymous with their sound. Bryce’s main guitars were a 1963 Fender Jaguar and a 1970s Les Paul Deluxe with mini humbuckers, while Aaron’s primary instrument was a ‘79 Epiphone Sheraton. Katis’ 1960s Gibson ES-330TDC also appears on the album. Yet you’d be hard pushed to find anything that could be described as a guitar solo.

“Because we aren’t a guitar-rock band, there’s no hierarchy about who’s playing rhythm or lead,” Bryce told us. “Those kind of old paradigms don’t interest us. For whatever reason, the guitar has never interested us as like a blues/classic-rock guitar solo kind of thing.” Therein lies the appeal of these two reluctant guitar heroes.

High Violet was The National’s breakthrough album, selling 51,000 copies in its first week. A decade of patience, cramped tour vans and empty venues was rewarded as the painstakingly crafted record was embraced by fans and critics alike. Q named it their album of 2010 and the band flew off on a vast world tour that would see them play iconic stages such as Glastonbury Festival, the Royal Albert Hall, Radio City Music Hall and Massey Hall. A decade in, The National had finally graduated, and they’d done it without compromise.