The Genius Of… Verve –  A Storm In Heaven

Under-appreciated on its release in 1993, The Verve’s debut is a transcendental space-rock masterwork, lit up by the sonic alchemy conjured by the band’s introverted genius, guitarist Nick McCabe. Never has an album’s title been more apt. 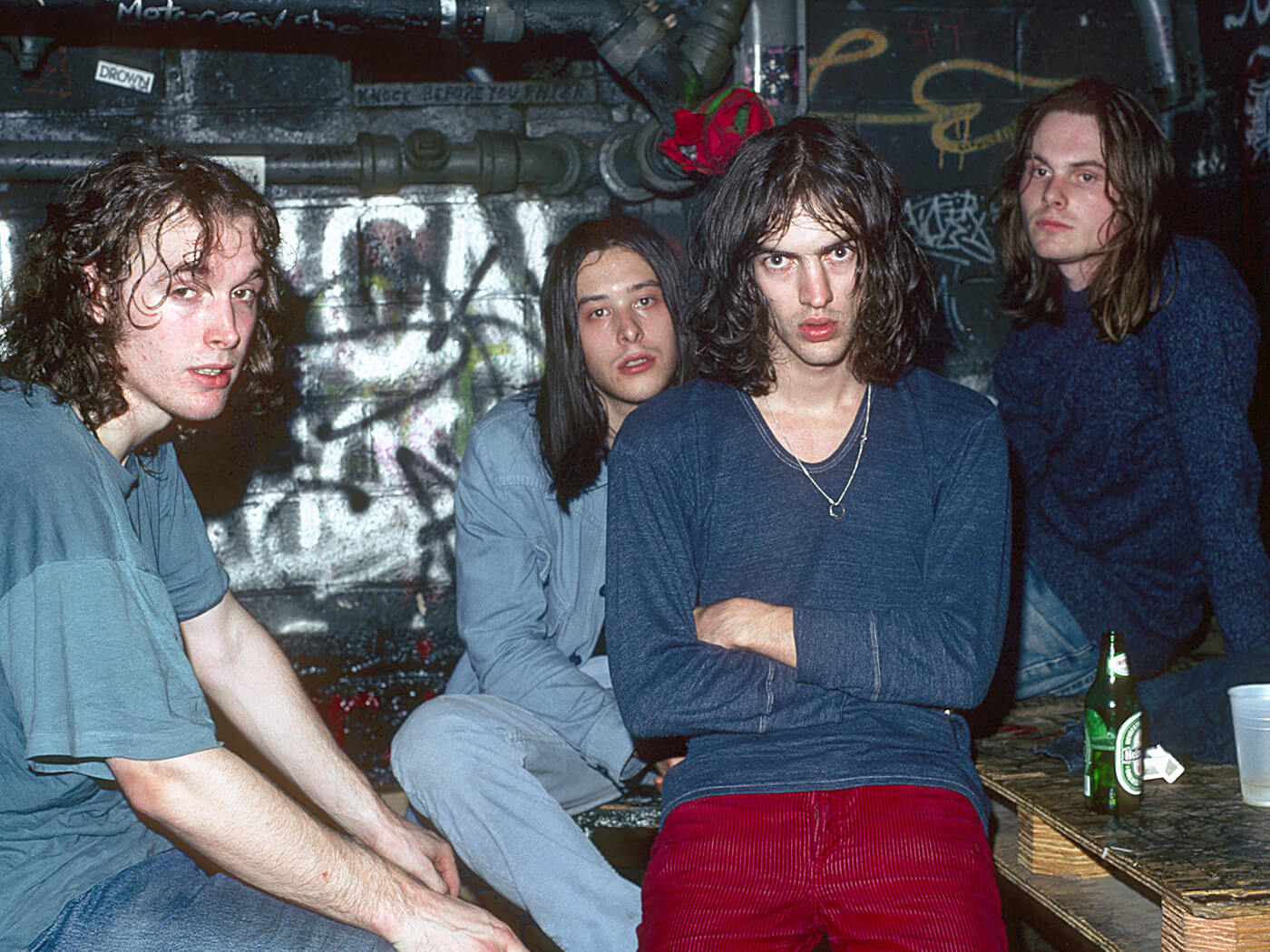 A thousand ways to reach the sky

A Northern Soul may have more choruses, Urban Hymns may have shifted 10 million copies and made them Wigan’s only global superstars, but Verve‘s (the ‘The’ came later) celestial debut A Storm In Heaven is the guitarist’s choice. Nick McCabe’s enveloping waves of reverb and tape delay, in turn soothing and savage, moved producer John Leckie to conclude “To some extent, A Storm In Heaven is his record”.

It’s undeniably true. From the opening thunderclap A7 chord of the mesmeric Star Sail, the 20-year-old guitarist’s DNA is all over A Storm In Heaven, an intoxicating brew of colossal chords, dreamy volume swells, controlled feedback and sparkling arpeggios.

As the band’s manager Dave Halliwell put it, “He’s the most innovative, creative guitarist around. He can almost make the guitar talk”. For players more interested in textures and moods than playing the Blues, McCabe was every bit as influential as Johnny Greenwood, Robin Guthrie and Kevin Shields.

Arriving at Sawmills Studios in Cornwall in December 1992, the band had only three songs to present to Leckie. Not that that worried the producer, who gushed they were “one of the only bands that I’ve ever begged to work with… I just couldn’t believe what I was witnessing”.

A loose jamming vibe emerged out of necessity, the band working until sunrise for seven weeks, the studio’s whitewashed walls obscured by a haze of weed smoke and McCabe’s amps flanked by pedals and rackmounted effects.

So relaxed was the atmosphere that a barefooted Ashcroft, dubbed “Mad Richard” by Melody Maker, improvised many of A Storm In Heaven‘s lyrics, recording his vocals for Blue at 6am on the day the band were due to deliver the master tapes to an increasingly agitated Virgin Records.

While the tension that saw the band split after recording A Northern Soul had yet to emerge, it wasn’t all plain sailing, Leckie and McCabe clashing over the latter’s guitar sound. As Owen Morris, who produced that 1995 follow-up, later observed: “Nick is without a shadow of a doubt the most gifted musician I’ve ever worked with… at the same time, he’s a complete and utter nightmare.”

Yet it worked, Leckie somehow bottling the lightning of the band’s lengthy freeform improvisations. As Nick Southall wrote in Stylus “Verve went into the studio with half a dozen riffs, half a dozen half-baked lyrics and a thousand ideas of ways to reach the sky. Leckie managed to seize the controls and apply the necessary degree of restraint and maturity, guiding the band back down to earth when they threatened to fly too close to the sun.” 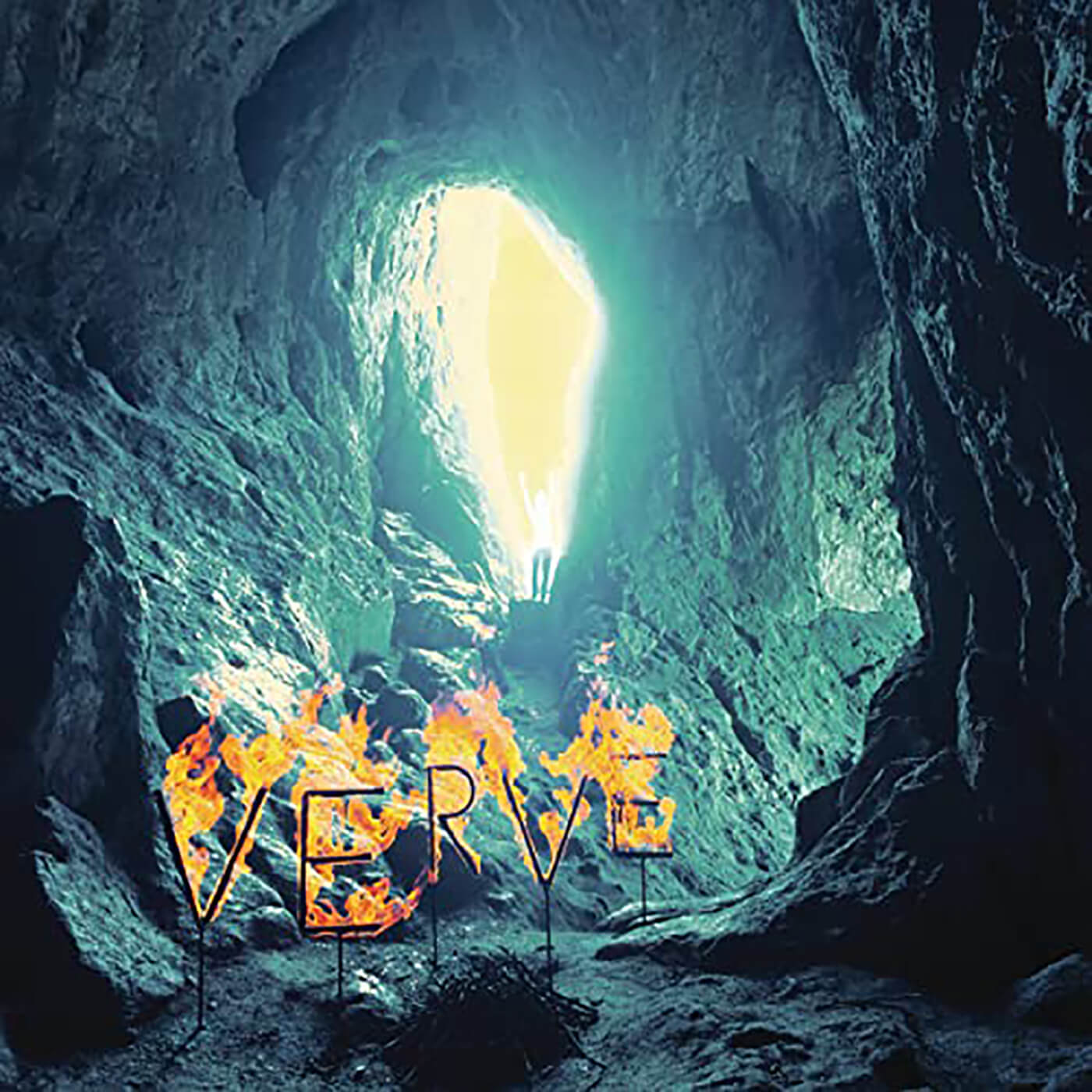 A sound you can almost touch

The album’s lysergic character is defined by McCabe’s stratospheric guitar sound. The introverted foil to Ashcroft’s nascent superstar pretensions was described by The Times as a man who “coaxed gorgeous, shimmering wedges of sound from his instrument”.

The band’s bassist Simon Jones said McCabe “didn’t treat the guitar like a guitar… He didn’t want to be a guitar hero. He wasn’t into Jimmy Page… It was all about texture”.

A Storm In Heaven is a record best consumed as one piece, preferably in headphones as loud as you can bear. The boundaries between tracks blurred, each one is drenched in McCabe’s heavenly soundscaping. Slide Away‘s EBow intro unfurls to a tempestuous storm of layered chords and marshalled feedback. On the sublime Already There, becalming high-register inversions melt away deliciously into degrading tape delay, a stark contrast to the tantalising glimpses of sonic fury in its choruses.

And how about this for a verse from Ashcroft? “If trees cut stars and eyes to heaven, I’ll bend them back and bend them again, If my skin looks tired and old from living, I’ll turn right back and live it again, You better pray when the music stops, And you’re left alone in your mind, ‘Cause I’ll be hearing music till the day I die”.

McCabe’s reverb-bathed volume swells and icy lead notes on Beautiful Mind become great plumes of ambient noise washing around Ashcroft’s trippy vocal; meanwhile a barbarous opening chord on The Sun, The Sea, presages later The Verve anthems such as The Rolling People and This Is Music. The reverse delay and reverb on lead single Blue are heavenly, while Butterfly breaks down into transcendental Doorsy freeform jamming, accompanied by skronking saxophone.

The whole thing is an atmospheric masterclass from McCabe, but if you’re looking to replicate the spellbinding sounds of A Storm In Heaven with your own pedalboard, good luck. While you’ll get close using an Eventide Space, or the Hall setting on a Strymon BigSky or Flint and a decent tape delay approximation, if you want the real McCoy it’s all down to the rackmounted Alesis Quadraverb and a Roland GS-6 digital preamp.

Less interested in guitars than effects, McCabe mostly played a 1979 Fender Strat, that was “almost dead at the time”, along with a red Gibson ES-335, a ’59 Jazzmaster, a Flying V and an Ovation acoustic that he called “a pretty awful guitar”. Everything went through a Mesa/Boogie Mk III combo or a Roland JC120. Alongside the Quadraverb, McCabe used a Selmer-licensed Watkins Copicat, Roland 201 Space Echo, Boss OD1 and an Ibanez flanger.

A landscape for the imagination to run about in

With Britpop still in gestation, A Storm In Heaven was out there on its own, fitting in neither with more pastoral British psychedelia, the dominant grunge scene across the Atlantic, the baggy euphoria of Stone Roses and Happy Mondays, nor the shoegaze and proto post-rock scenes that McCabe’s playing had much in common with.

It reached No. 27 in the UK Charts and reviews were mixed, with Q giving the album a lukewarm 2/5. Select’s Andrew Collins claimed it sounded like “The House Of Love on valium” and Vox missed the point as they grumbled: “song structure and silly things like choruses are subservient to atmosphere and vibes”. Ian King of Popmatters was more tuned in to the band’s transportive powers, enthusing: “The greatest depth on A Storm In Heaven comes from the vaporous dreams that poured out of McCabe’s guitar”.

The legend of the record has, thankfully, grown since. For McCabe, it was the high-water mark for The Verve, the last time they were happy as a quartet and the last time they were his band before Ashcroft began to wrest control with the singer-songwriter ballads that would ultimately see them become one of the biggest British bands since The Beatles. “I think something of us as a band got lost,” McCabe recalled. “That was the last time we made that kind of landscape for the imagination to run about in.”